'The Vanishing' Delves Into the Politics Behind Decisions That Impact Animals

Usually, books about decision-making tend to centre around foreign policy, economics and realpolitik. The Vanishing marks a fresh addition to the genre in the wildlife and environmental space. 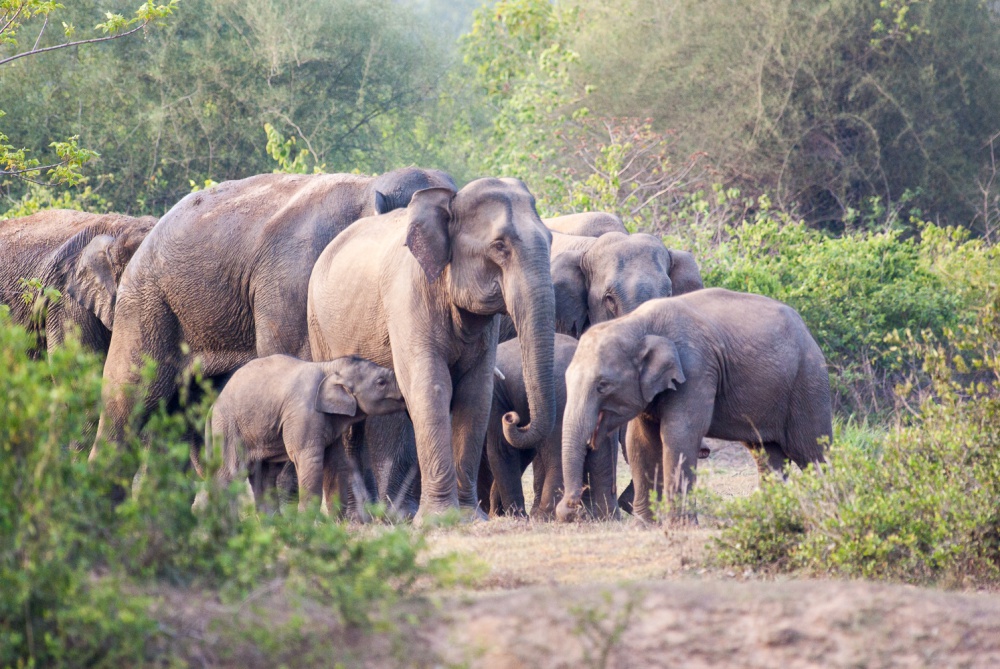 Early on in The Vanishing you meet Abhimanyu and Ganesh. They are joined by Master Bull. These are not the names of people, but male elephants in Odisha’s little-known Chandaka sanctuary. This is a good way to perceive Prerna Singh Bindra’s The Vanishing: you are likely to encounter more named wild animals than people, with stories set in remote but astounding places. The author’s loyalties lie with the natural world rather than the built one, encircled by harsh political realities.

Narrating case-studies of decisions impacting wild animals – like the royal Bengal Tiger, the Indian one-horned rhinoceros, the great Indian bustard, the Bengal florican and the olive ridley turtle – Bindra delves into the politics behind decision-making. Usually, books about decision-making tend to centre around foreign policy, economics and realpolitik, this book marks a fresh addition to the genre in the wildlife and environmental space.

Bindra is a wildlife conservationist and a writer, and she served on the National Board for Wildlife – which appraises projects near protected areas – from 2010 to 2013. She narrates the story as someone who has been a (sometimes effective/ sometimes ineffective) crusader for wildlife; this dichotomy jumbles the book’s tone and can confuse the lay reader. But she has some excellent examples of botched decision-making to quote from, and the processes – or lack of them – behind deciding the fate of acres of forests, rivers and habitat.

She doesn’t hesitate to name names. In 2011, the environment ministry’s “top wildlife official” Jagdish Kishwan said that projects that come to the Wildlife Board should not consider elephant reserves and corridors. This was to set the tone for further deterioration. Even the ministry in charge of wildlife seemed to be washing its hands off it.

“It was also clear that Jairam Ramesh was under a lot of pressure. He had refused some big-ticket projects that were detrimental to wildlife… he had taken on the coal industry… Ramesh admitted that the PM admonished him on more than one occasion that ‘while ecological security is all very well, what India needs is rapid economic growth.”

The issue is not just of valuing development or wildlife but also a lack of compliance of environmental laws. This deliberate disdain for due diligence towards environment impact assessments continues in the Modi government, the author holds. Projects that had been rejected on grounds of harming protected areas and species kept coming back on the table. She questions the GDP-based “growth at any cost” model, asking why nature is not valued more. Some tragicomic examples highlight the randomness – and persistence – of projects which are perceived to be for the greater good and national interest. 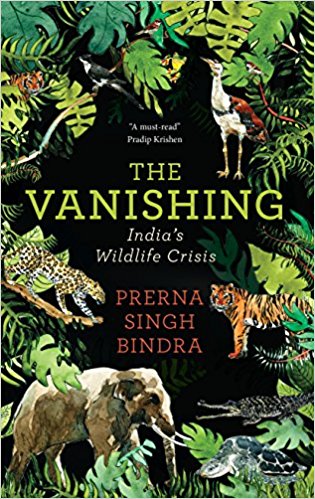 Bindra writes about how she was conned into going for site clearances for a cement plant by Jaypee near Kaimur in Bihar during her Wildlife Board tenure. Ironically, the highly polluting project, which was sub judice, had already been constructed without requisite and statutory clearances. “The land on which the factory was proposed was forest land. The environment clearance granted by the Ministry of Environment and Forests was on ‘wrong grounds, supporting the interest of Jaypee Associates’. Nor had the company bothered with legal procedures under forest and wildlife laws but had squatted on it, constructed the plant, flattening trees, paving roads – the works,” Bindra writes.

Another thermal plant by Jaypee, also near Kaimur, had started construction without wildlife clearances.

Other examples seem like unintentional jokes with far-reaching consequences. A viscose factory, near Karnala bird sanctuary, was touted as being for the greater good. Why viscose, and in that particular place, Bindra asks, stating that the fate of projects is decided in “less than the time needed to cook Maggi instant noodles”.

In India, projects that divert forest land or adversely impact wildlife are meant to have ‘mitigation measures’. These measures are usually towards ensuring the persistence of a target species, and for habitat restoration. Bindra mentions a classic case of mitigation with no common sense.

“I recall the discussion of a proposed bridge over a riverine sanctuary, with dolphins as its flagship species. Conditions proposed included building speed-breakers on the bridge, so as to avoid accidents with wild animals of the sanctuary. Such touching concern was misplaced, unless the sanctuary’s Gangetic dolphins had evolved to stroll on roads!”

She also establishes, through many examples, how project developers frequently lie. In a post-truth world with set agendas, it is even more ominous that propaganda takes over fair decision-making and project appraisal. NTPC, for instance, professed complete ignorance when it was found that a dam they were making would submerge parts of a sanctuary in Kol in Himachal Pradesh. A proposal for land diversion for Keladevi sanctuary in Rajasthan omitted stating that Keladevi sanctuary was part of the much better-known Ranthambhore tiger reserve, and would impact it. Maps for many projects were wrong, and distances from the project sites to wildlife sanctuaries were misrepresented. Bindra writes how a wildlife official told the CBI (during a probe into granting iron and manganese mining leases to JWS Steel) that officials were instructed to withdraw any information which would hurt a project’s prospects, as “the job of the wildlife board was to make sure project clearances were obtained”.

It is in these portions – that detail specific instances of destructive projects and dissent – that the book shines, throwing almost too much information at you in a rushed, breathless manner. The chapters India’s Notional Board for Wildlife and Failing our Gods are easily the best in the book.

Failing our Gods is both about elephants and people. Set in Odisha, it focuses on elephant men – a squad who watch pachyderms to prevent their direct confrontation with people. Here, a vivid portrait is drawn of the commitment of ground staff, their sense of humour towards their odd, tiring but emotionally-fulfilling job; also detailing how the elephants, stuck in an inhospitable landscape may be suffering from post-traumatic stress disorder. The stress strikes both man and beast, and Bindra asks if we can take the elephant’s point of view for better conservation planning.

It is when the book tries to give a more holistic picture of conservation that it seriously falters. And while we have richness of detail, the book may also make perplexing reading. It is difficult to fathom if it is envisaged as a call to action or as a chronicle of human hamartia, often containing adjacent sentences of hope and despair in an inconsistent tenor. 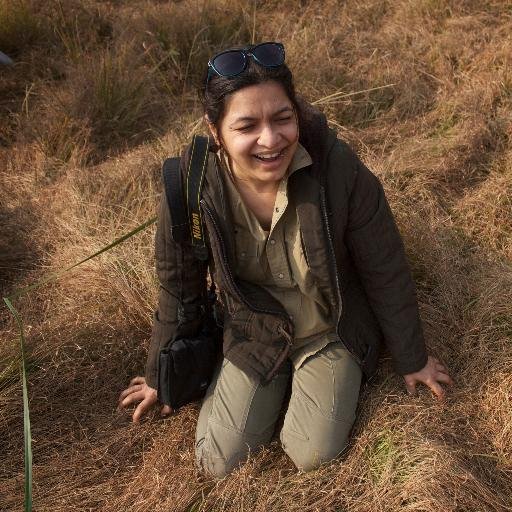 Bindra is a traditional conservationist, in that she believes in the beauty, grace and goodness of animals and the inalienable nature of wilderness. This construct of wilderness is one that has come under serious scrutiny of late. It is suggested that there is no real wilderness, and even wild spaces have been shaped by people; thus it follows that we need to preserve ecological processes rather than romanticised notions of wild, open spaces. Bindra’s narrative is intensely more emotive and personal than titles like Making Conservation Work (Shahabuddin and Rangarajan), which provide research insights on species, or George Monbiot’s Feral which makes an objective call for re-wildling, with little personification of wildlife.

There is nothing wrong in traditional notions of the goodness and beauty of animals, but the anthropomorphisation may tire an ecologically minded reader. Bindra describes wet-eyed elephants, graceful tigresses, and hard-working turtles trying to lay their eggs on disturbed beaches: “turtle moms are fussy about their nests,” she says. Some of her descriptions are hyperbolic and the characterisation of people is also in binaries, a problematic aspect for a book on conservation. Those living near wildlife are broadly characterised as forest-dwellers wanting to leave the forest, possessing a sweet acceptance of wildlife; and others as killing animals with bloodlust.

The fact is, India is dealing with both issues, and there is an active lobby which believes tribals should stay in forests, even if they do not have wildlife conservation as a goal. It would be befitting for a book on conservation to address the Forest Rights Act and its connotations for forest-dwellers. Nuances on animal behaviour also require understanding nuances on human behaviour, particularly if the two overlap spatially. Other contemporary issues, such as states wanting to cull animals, climate change and increasing artificial translocation of animals as a management tool, find minimum or no space in the book; and that makes it slightly dated.

But this is still an important book. It straddles personal account with journalism, and more than anything is a relevant documentation of India’s decision-making for wildlife and environment. Tigers don’t vote, but Bindra hints, more than lightly, that they should play a far more important role in India’s destiny.