The Tales of Little Men That Satyajit Ray Told

On what would have been his 97th birthday, a look at how Ray effortlessly weaves tales of perfectly ordinary, indeed insignificant, women and men whose lives are a testimony to the triumph of simplicity and basic goodness over arrogance and selfishness. 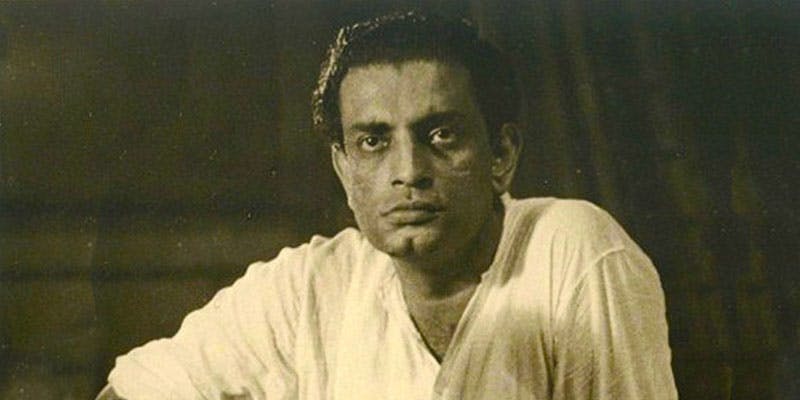 The story ‘Patolbabu, Film Star’ is very near its end, and Patol is done with his share of the film shoot. He “jostled  his way through the crowd as he wiped the sweat off his brow, walked over to where the paan shop stood, and stopped in its shade. Clouds had covered the sun, lowering the heat somewhat, but Patolbabu took off his jacket nevertheless. Ah, what relief! A sense of deep satisfaction, of happiness, took hold of his mind.”

Patolbabu had been an amateur stage actor a long time ago. He was young then, and hoped to make a name for himself one day. Now, very much on the wrong side of 50, short, balding and always hard up, he had not held a steady job in years and felt very grateful when Naresh, the production manager of a film company who had known Patol for many years, offered him a bit role in a movie. Patol was dismayed, however, when he was given the script: his role, that of a pedestrian on a busy street, consisted of a single grunt –an irritated ‘Ah!’—when the hero  carelessly bumped into him and moved on without so much as a look back at him. Unsure at first if Naresh was pulling his leg, Patol yet managed to put his heart and soul in the ‘part’, and when he knew he had played it well, he walked off from the scene at a languid pace, a happy man.

When Naresh, the production manager, came looking for Patol near the paan shop, he was surprised not to find him anywhere. “What a strange man! And how very forgetful! Didn’t even wait for his payment!” Meanwhile, Patolbabu walked on cheerfully. “…Today his work was quite satisfying. Even though nobody had given him a part all these years, his artistic sense had luckily not blunted yet… Well, these film people! All that concerned them was getting some hands together to somehow get the job done. And then pay them off. Well, how much do they pay: five, ten, twenty bucks? Of course he needed money, needed it quite desperately, but after all what is five or ten rupees compared to the happiness he found today?” 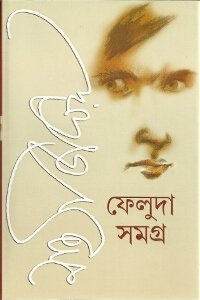 An attentive reader of Satyajit Ray stories – and he published nearly 90, not counting his incredibly popular ‘Feluda’ stories in the whodunit genre and the sci-fi ‘Shonku’ stories – comes across the Patolbabus of the world every now and then. These are truly ordinary men. There is nothing of note in either their appearance or their occupation, or even in the way they go about their lives. These lives are lived at the far edge of the city’s lower-middle class quarters, dull, shabby lives as uneventful as a muddy pool of stagnant water whose surface barely a ripple ever touches. Their future as much as their present is destined to be vapid, colourless. And yet once in a long while, something quite out of the ordinary happens that lights up these lives. From somewhere comes a sense of fulfilment, of a day passed meaningfully. The wretchedness of the quotidian life is forgotten in a trice. The stagnant pool comes alive suddenly.

Ray’s first-published short story was ‘Bonkubabu’s Friend’ in 1961. Bonkubehari Dutta teaches Bengali and Geography at a suburban primary school. His poor pay makes sure that he lives from hand to mouth all the year round, and his mild, almost timid, manner makes sure that he is the butt of everyone’s jokes everywhere, including at the evening get-togethers at friend Sripatibabu’s. Sripati, a prosperous lawyer owning an imposing house and pots of money, is the town’s only opinion maker. Neither Sripati nor his many flunkeys ever let go of an opportunity of hectoring Bonku, or pinning him down with the most vicious joke. They ‘sweeten’ his tea with salt, make his paan with chalk-dust, hide his umbrella or his slippers, and relish calling him ‘bnyaka’ (or, ‘twisted-face’, a play upon ‘Bonku’).

Their heartlessness often brings Bonkubabu to the verge of bitter tears, and he toys with the idea of giving these evening parties a miss. But he does not dare. After all, Sripati’s money gives him enormous influence, and he could if he wished make night day. Besides, Sripati would not dream of letting Bonku absent himself; for what is a party without someone really funny, someone you could do what you wished with? So Bonkubabu has to be in attendance every night, gritting his teeth as he sat through these interminably long, tiring sessions.

Such a man, of all men, one day runs into Ang, denizen of the planet Cranius from another galaxy. Ang speaks 14,000 languages, can thought-read at will, shows Bonku an arctic seal through his magic glasses one moment, and a Brazilian piranha the next. With his rugged hands, Ang touches Bonku’s sunken cheeks and says, “Even though you are from an inferior species, you don’t seem to be a bad man. Your problem is you are way too timid, so you don’t make any headway in life….. Anyway, I am glad to have met you.” As Ang shook his hand and got into his space-craft, Bonku suddenly realised what an extraordinary piece of luck he had just had; he a nobody from a place nobody had heard of was perhaps the only man in the whole world to meet this visitor from another planet. As the realisation began to sink in, Bonkubabu walked to Sripati’s house for his evening ordeal. But it was a different day today, and Bonkubabu a different man. He burst into Sripati’s room like a  Nor’wester, laughed a long, ringing laugh that swept across the room, taking in all those present in the room and stunning them into silence.

He then proceeded to address his friends thus: ‘…”Friends, I have the pleasure of announcing that I am here at your adda for the last time today. But before I leave your company for good, let me tell you a few home truths. First, all of you talk a lot of rubbish all the time. You should know that when you don’t know what you are blabbering about, people call you dumb. Number two, and this is meant for Nidhibabu, at your age fooling around with someone else’s umbrella or shoes is grotesque. Please send my brown canvas shoes and my umbrella to my house by tomorrow. Nidhibabu, mind you, if you any more call me bnyaka, I will call you chhnyada (the crack-bottomed) and that’s that. As for you Sripatibabu, you are a rich man and I can see you will need flunkeys all the time. But I am no more available for that kind of thing. I can send you my tomcat, if you want. It licks one’s feet quite well…”. Having said this, Bonkubabu with his left hand slapped Bhairab Chakraborty soundly on his back, making him sit up with a start, and then walked out of the room with a neat bow.’

At that moment something rare touched Bonkubabu, much as it had touched Patolbabu on a lazy Sunday afternoon. The shy, nervous Bonku, the poor, pitiable primary school teacher, of a sudden rose above his miserable existence, walking with his head held high. The quintessential Little Man had had his day, and we readers exulted with him.

Such little men dot the landscape of Ray stories. These are simple, uncomplicated stories. Ray tells them unselfconsciously, in the familiar idiom of the Bengali middle class city-dweller. Nothing very clever or exceptional here, very little is designed to startle you. The willing suspension of disbelief, the stock-in-trade of every master story-teller, works so well with these tales because they are imbued with a deep, simple humanism with which  the reader can identify naturally, unobtrusively.

Thus, you have Asamanjobabu, in ‘Asamanjobabu’s Dog’, who refuses to part with his pet, an otherwise undistinguished mongrel who laughs like a human, even when the fabulously rich William Moody, a tourist from distant Cincinnati, makes him a stunning offer of 20,000 dollars. Asamanjo, a modest clerk in a little office, knows that his life could change dramatically if he were only to say yes to the exchange. But he says no, says so quite simply, much to the chagrin and bewilderment of the visiting American and his Indian lackey. Utterly insignificant a man though he is, Asamonjo has no qualms about telling an incredibly powerful man just what he thought about the limits of his power, the power of money. A still from the movie Mahanagar. Credit: Youtube Screengrab

In ‘The Pterodactyl’s Egg’, Badanbabu, a humble clerk in a government office, is conned by a glib-talking sorcerer who conjures up images of the Jurassic age for Badanbabu who is perennially looking out for new stories to tell his eight-year-old son, the paralytic Biltu who is confined to his bed. As Badan succumbs to the conman’s mesmeric charms, he is neatly relieved of his wallet. It was payday, and Badan loses his precious, but measly, salary in the blink of an eye. “Oh, what a shame! What an ass I made of myself today!”, muses Badanbabu as he trudges his weary way home. By the time he reaches home and enters Biltu’s room, however, the father can  bring a carefree tone to his voice: “Today I have a really nice story for you”. As he watches Biltu’s face light up with pleasure, the very ordinary Badanbabu – always worried because he is always short on cash – wonders if it was really worth losing sleep over the loss of his pittance of a salary. Wasn’t the smile on his sick son’s face worth at least that much?

The protagonist in most Ray stories is this archetypal little man. His back has been bent by long years of struggle to keep body and soul together. He is a mere foot-soldier, no more, battle-scarred and unsung. But once in a while in the midst of his dreary life, he is brought magnificently alive by a magic wand, maybe only briefly, and he manages in that brief instant to rise above the pettiness, the squalor of his own life. The essential humanity of these powerless little men is brought home to the reader with great force.

Is the teller of these stories of a piece with Ray the cinema legend? Yes, without a doubt. A deep-running humanism is the common refrain in Ray’s films as well, as any viewer familiar with Ray’s cinematic oeuvre knows. Recall any sequence from Pather Panchali, or The Postmaster. Or think of the demure housewife in Mahanagar who, though she knows she is the sole bread-earner in a largish family, does not think twice before giving up her job for the sake of a colleague’s dignity. Recall the King of Halla in Gupi Gain Bagha Bain who, at last free from the evil machinations of his prime minister, erupts in joy and runs along the ramparts of his fortress, threshing his arms about like a child and shouting “I am free”, startling a flight of pigeons that take off from his path with a noisy flutter.

In his stories as in his films, Ray effortlessly weaves tales of perfectly ordinary, indeed insignificant, women and men whose lives are a testimony to the triumph of simplicity and basic goodness over arrogance and selfishness. And in his films as in his stories, Ray tells his tales in a brilliantly rich but subdued voice, with great compassion but unsentimentally.

Anjan Basu freelances as a literary critic, translator and commentator. As Day is Breaking is his book of translations from the work of the well-known Bengali poet Subhash Mukhopadhyay. Basu can be reached at basuanjan52@gmail.com.