The Story of the Palestinian Novel 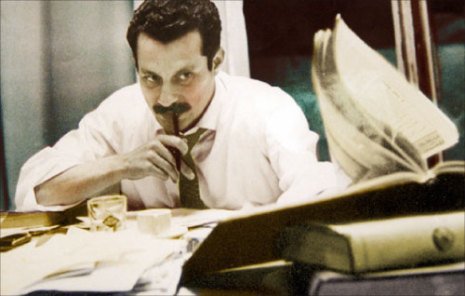 “In the last analysis, a man is a cause.” So says Said S.’s estranged son to his father, in Ghassan Kanafani’s 1969 novella, Returning to Haifa. In this, one of the most famous pieces of Palestinian literature, Said S. and his wife Safiya are returning to visit their home in Haifa 20 years after the nakba placed it within Israel’s borders, and find it occupied by a Jewish-Israeli immigrant family. At the end of the novella, Said S. tells its new owners, “You two may remain in our house temporarily. It will take a war to settle that.”

Three decades later, in Elias Khoury’s fractured, wounded elegy to the Palestinian revolution, Gate of the Sun, its ineffectual narrator, Dr. Khaleel, wonders aloud: “… how sad it is when revolutions come to an end. The end of a revolution is the ugliest thing there is. A revolution is like a person. It gets senile and rambles and wets itself.”

What changed between 1969 and 1998? What explains the transformation from a tone of defeat coupled with the will to resist, to a weary resignation, a sense of almost-futility? That is the question that Bashir Abu-Manneh sets out to answer in The Palestinian Novel: From 1948 to the Present. Through a study of four famous Palestinian novelists from the second half of the twentieth century – Jabra Ibrahim Jabra, Ghassan Kanafani, Emile Habiby and Sahar Khalifeh (with cameo appearances from the non-Palestinian writers Jean Genet and Elias Khoury) – Abu-Manneh argues that ever since 1948, the Palestinian novel has been in constant dialogue with the Palestinian political struggle. Framing his contentions within the intellectual paradigms developed by Georg Lukacs and Theodor Adorno, Abu-Manneh shows how the Palestinian novel, in its form, structure, characters and content, is best understood as anticipating, responding to or attempting to make sense of, the ebb and flow of the struggle.

According to Abu-Manneh, the struggle can be divided into distinct phases. Between 1948 and 1967, it took the form of a classic, anti-colonial liberation movement, characterised by pan-Arab, secular and leftist political thought; and was led by the Popular Front for the Liberation of Palestine. The defeat of the Arab forces by Israel in 1967, followed by the massacre and expulsion of Palestinian revolutionaries from Jordan in 1970 ended this period. The nature of the struggle shifted from demands for liberation (wataniya) to demands for statehood (qawmiya), within a broader geographical context in which pan-Arabism was on the decline and the gulf monarchies – fuelled by oil – on the rise. The political potentialities of this political movement, itself constrained by its context, were dealt a further blow in the 1982 Israeli-Lebanon war, which (according to Abu-Manneh), ended the Palestine Liberation Organisation as an effective political and military force. What followed was a long period of stasis, the high-water mark of which was the signing of the unequal Oslo Accords – a period that continues to this day.

With this political background in mind, Abu-Manneh embarks upon a close reading and interrogation of his four chosen writers and their works. In the early novels of Jabra, he discovers a social-realist mode of writing, focused on “narratives of individuals consciously acting in a fundamentally knowable and changeable everyday reality”. Until the 1970s, Jabra believed that writing was an emancipatory social act. In words that were echoed in the writings of the famous Kenyan novelist, Ngugi wa Thiong’o, he also argued that language itself could be a site of emancipation:

“After 1948, however, I decided that if the Arabic language was not the vehicle of our revolutionary thinking and expression, we would be defeating our purpose: change had to begin with the word and the image, however intractable the Arabic word and image might seem.”

However, the political and military defeat of the Palestinian movement transformed “writing as an emancipatory social act… into writing as witnessing under siege.” In the epilogue, Abu-Manneh examines the 1982 novel, World Without Maps, which Jabra co-wrote with the legendary Arab writer, Abdul-rahman Munif. Here, Abu-Manneh observes:

“The plot is driven by the narrator’s intense search for the truth surrounding the circumstances of a single event: the death of his long-time lover. She was either murdered by him, by a jealous husband, or, still, as a result of a financial transaction gone wrong. Throughout this journey of anxiety, self-doubt, and self-questioning, stories are narrated and disbelieved, histories investigated and discarded, and theories put forward and withdrawn. ‘Alam presents a dizzying array of causes and scenarios without ever giving up on the fact that truth and objective knowledge can eventually be had. An account of a possible murder thus becomes about the way the contemporary Arab world is constituted. Private act and public condition are deeply intertwined in a world that, as the title suggests, is ultimately one without maps, without firm objective grounding, and without real social or political anchors.”

This observation is not novel. In his preface to Khoury’s Little Mountain, a fractured, surrealistic account of the Lebanese civil war, Edward Said remarked upon the linkages between the form of the Palestinian and Lebanese novels, and the everyday political reality in those two nations. Said wrote that for Lebanon and Palestine, where:

“… national identity is threatened with extinction (the latter) or with daily dissolution (the former)…. the novel is both a risky and a highly problematic form. Typically its subjects are urgently political and its concerns radically existential. Literature in stable societies is replicable by Palestine and Lebanese writers by means of parody and exaggeration, since on a minute-by-minute basis social life for Lebanese and Palestinian writers is an enterprise with highly unpredictable results. Above all, form is an adventure, narrative both uncertain and meandering, character less a stable collection of traits than a linguistic device, as self-conscious as it is provisional and ironic.”

Abu-Manneh’s achievement is to telescope this observation – which Said limited to the specific novelistic form followed by Khoury in Little Mountain and by Habiby’s Saeed the Pessoptimist – and to show how form and politics have always been intertwined in Palestinian writing. Of course, the relationship, as he admits, is not one of straightforward causality, in either direction; in his memorable phrase, it is about “the ebb and flow of historical possibility and its aesthetic mediation.” So in his chapter on Kanafani – writer, journalist, political leader, assassinated by a car bomb at the age of 36 – Abu-Manneh points out how Kanafani’s “revolutionary consciousness” (that appears in its clearest form in Returning to Haifa) came to be tempered by the closing off of revolutionary possibility soon after the 1967 defeat:

“… as a result of counter mobilization by Arab reactionary regimes, this option ceases to be historically possible. An emerging social revolution is soaked in oil money, as opportunism trumps militancy. The revolution is thus bureaucratized and ended.” 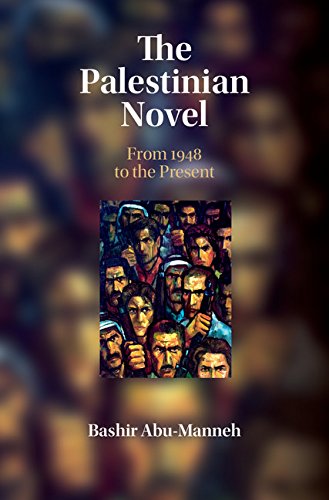 The Palestinian Novel: From 1948 to the Present
Bashir Abu-Manneh
Cambridge University Press, 2016

It is here that Abu-Manneh brings in Genet, the radical and controversial French playwright, who spent two years with Palestinian revolutionaries and wrote about his experiences in a book called Prisoner of Love. What attracted Genet to the Palestinian struggle, according to Abu-Manneh, was its transformative possibility: “an alternative to Arab cultural dependency on, and political domination by, the West.” And it is the failure of that possibility that found a response in Habiby’s Saeed the Pessoptimist.

Saeed the Pessoptimist is a novel that is entirely different from the works of Jabra and Kanafani: while set in Palestine and recounting the travails of an Arab collaborator, it is nonetheless an almost-fantasy novel, reminiscent of Latin American magical realism. Interestingly, Abu-Manneh titles this chapter ‘cultural escape,’ and reiterates it in his analysis, pointing out that “… politics requires fantasy, and the weight of history can only be gagged by the imaginative energy required to escape it.” Or, in other words, by 1974 (the year in which the Pessoptimist was written), it had become so difficult to even think of Palestinian liberation within the existing social, political and economic structures, that all that was left was an escape into fantasy.

Khalifeh’s We Are No Longer Your Slaves

Abu-Manneh’s last chosen writer – Khalifeh – is the only woman out of the four and, perhaps for that reason, the most interesting. Khalifeh’s work is an important corrective to the romanticisation and valourisation of liberation struggles, because it reveals the internal fault-lines through a critique that, to be credible, could only come from an insider. Through her work, Abu-Manneh argues, Khalifeh shows us that “no internally oppressive society can ever be free; for popular participatory insurgencies to be released, progressive social demands should be met”. In works such as We Are No Longer Your Slaves (“Palestine’s first feminist novel”) and Wild Thorns, Khalifeh in fact questions the kind of complete surrender to the revolutionary cause that Kanafani advocated (“a man is a cause”), and which attracted Genet. For Khalifeh, the revolution was characterised by an “iron logic imposed from above”, and her forthright critique, as expressed through her novels, led her into a memorable confrontation with Habiby, which Abu-Manneh chronicles in detail:

“As one worker clearly states in Wild Thorns, why should Palestinian workers be asked to forgo their own class interests in the name of a nationalism which merely safeguards the Palestinian bourgeoisie’s own rights of exploitation, even as the bourgeoisie itself freely trades and cooperates with the Israeli occupiers?”

There is a story told about the Soviet conductor Mstislav Rostropovich, whose critique of a student’s attempt to play a Brahms sonata was to tell her that “you haven’t shed enough tears in your life”. From 1948 to 2017, that criticism, at least, can never be levelled at the Palestinian novel and those who created it. As the struggle has moved from liberation and revolution, to statism and a suffocating political impasse, with recurring cycles of exile, defeat and renewal, the Palestinian novel has responded, through towering intellectual figures such as Jabra, Kanafani, Habiby and Khalifeh, by developing its own modes of realism, of political commitment, of modernist fragmentation, and of haunting elegy. In Abu-Manneh, it has also found, at last, a worthy chronicler.

Gautam Bhatia is a Delhi-based lawyer, and author of Offend, Shock, or Disturb Free Speech under the Indian Constitution, published by Oxford University Press in 2016.