The Original ‘News Trader’: The Irresistible Rise of Subhash Chandra

Showing a remarkable ability to identify new opportunities, Subhash Chandra created a massive media empire, but has also blurred the distinction between the owner's and the editor's views 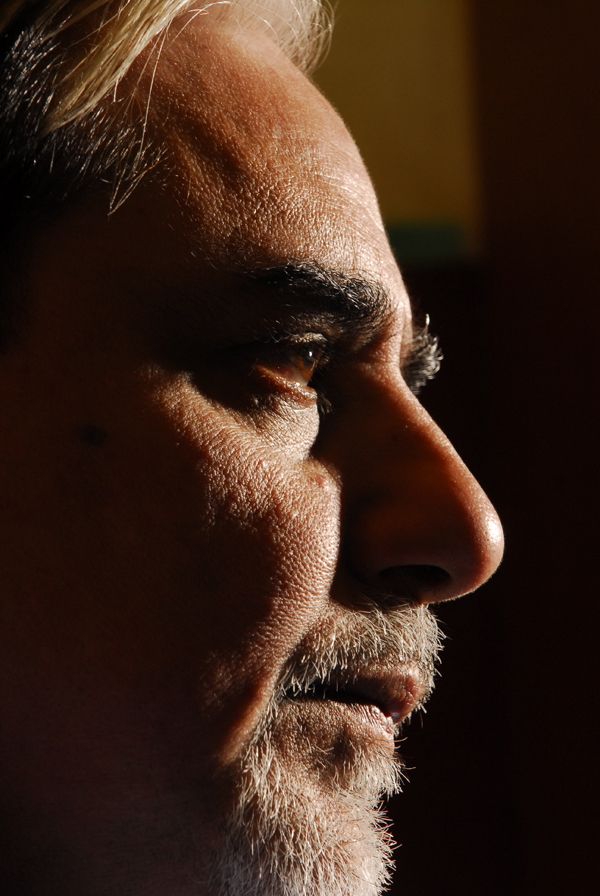 One of the key facets of the admittedly complex debate on media ownership and its implications on news diversity is the obliteration of the thin line that separates ownership from editorial. The owner’s agenda becomes the editorial agenda as well. Rupert Murdoch was a kind of pioneer. He started things way back in the 1970’s with the British tabloid Sun and the now defunct News of the World and took political partisanship to another level with the shrill pro-Republican party pitch of Fox News in America.

Subhash Chandra, arguably India’s answer to Murdoch, though, is sorely lacking in vision and single mindedness; Murdoch is essentially a media man, while Chandra has moved into sectors like roads and power. This has meant increased dependence on state patronage and the skills to work with the government/political party in power. And this, mostly, if not always translates into a manufactured narrative tailored to suit state power – which explains the one-sided manner in which India’s oldest news network, Zee News, dealt with the recent JNU-government face-off.

Yet Subhash Chandra’s autobiographical book, The Z Factor, My Journey as the Wrong Man at the Right Time, deserves the reader’s indulgence. Firstly, it provides a definitive template of the top-down manner in which TV news content is created across most news networks. Second, it is a pioneering autobiography that provides a wealth of primary material on the history of satellite television in India.

In the early 1990s, when Prannoy Roy and leading media entrepreneurs like Aroon Purie were content with their Doordarshan slots, Subhash Chandra had forged ahead stitching together a deal with the Hong Kong businessman Li Ka-Shing to broadcast a 24-hour entertainment channel on AsiaSat at fees that were four times the going market rate.

Chandra, though an interloper in the media business, was already an established entrepreneur with group turnover close to Rs 1,000 crores (nearly US$200 million) with a string of business ventures behind him. This included manufacturing toothpaste tubes and fixed-line telephone poles for the government to even owning an amusement park, Essel World, in Mumbai. As he tells his amanuensis – employee and journalist Pranjal Sharma – ‘To me, being the first entrant in a business was more important than being the last.’ Subhash Chandra
The Z Factor: My Journey as the Wrong Man at the Right Time
New Delhi: HarperCollins, 2016

But in pre-liberalisation India, as it is today (look at Mallya) political patronage was critical for swinging deals. Once out of his native Hissar and in Delhi, Chandra joined the ranks of the Congress’s vast patronage machine. He came to know first Sanjay and then Rajiv Gandhi through myriad middlemen hanging around the party’s first family, despite the fact that it was 1977, and Indira Gandhi was out of power. He claims he did small favours like arranging plane tickets for the Gandhis. The payback came later when the Gandhis, according to him, helped swing a lucrative multi-crore rice export deal with the erstwhile Soviet Union under the rupee-rouble trade regime. He has never looked back since.

Swinging the satellite deal was one thing; to set up shop was quite another. Thanks to a ban on private players in the Indian broadcast market, Zee was registered in the British Virgin Islands as Asia Today Ltd, while its head office was in Hong Kong, from where the content was beamed. This meant that tapes mastered in a Delhi studio had to be physically carried to Hong Kong and then beamed from there through satellite. Technically, the owners were three NRI businessmen, since Indian laws prohibited Indians from owning or selling shares of companies registered abroad. Chandra, who was for all practical purposes a company executive, earned his bucks, to begin with, by sharing the advertising revenue with the NRI ‘owners’ and from margins accruing after deducting programming costs – which is the reason why Zee content always appeared tacky and cheap. But the NRI ‘owners’, fed up with mounting losses simply fled. Chandra had no option but to become an NRI by re-locating himself to Hong Kong.

News broadcast on Zee initially began as a half-hour bulletin way back in 1994 with the help of his ‘find’, Rajat Sharma, which led to one of Zee’s flagship shows ‘Aap ki Adalat’. With just one half-hour daily news bulletin on his network, Chandra had arrived in a manner that even he had not anticipated. In his words, “My profile and reputation in the government changed after the news bulletin started airing on Zee TV.” Since private broadcasters were not allowed to up-link from India, the wily Chandra teamed up with the news agency, Asia News international (ANI) that had news up-linking rights. The signals would be downloaded in Hong Kong and after a few minutes would be beamed back in order to circumvent the ban on ‘live’ telecast.

But setting up broadcast operations attracted a rampant Rupert Murdoch who was already eyeing India’s lucrative market. He tried buying out Chandra by threatening to cancel the transponder lease agreement. But since Indian laws did not permit this, he picked up a 49.9% stake in Zee network. Next, Murdoch tried to best Chandra in the Direct-to-Home (DTH) TV distribution business. But even this proved unsuccessful as Chandra mobilised his formidable array of political contacts to scuttle it. Chandra not only fought Murdoch; he also took on sections of the media led by players like Prannoy Roy (he doesn’t mention him by name) who he says were backing Murdoch’s entry into the DTH business – he calls them ‘modern-day turncoats’. Eventually Chandra won.

The final Murdoch-Chandra face-off (in the book) happened when the Vajpayee government was contemplating allowing foreign investment in media that was hitherto prohibited altogether. While Chandra, the ‘Jagran’ and the India Today groups plumped for not more 26% FDI in media companies, Murdoch was pushing for 74% FDI. To stop ‘anti-national individuals’ like Murdoch, he admits, he even lobbied with the RSS, ‘an organisation’, that he claims, ‘is known for its nationalist agenda.’ In the preface to his book Chandra laments the fact that ‘anyone who raises nationalistic issues is being accused of being communal and divisive.’ At the launch of his book, Prime Minister Narendra Modi did the honours.

However, his inability to stitch together a merger with Star in order to mitigate the serious blowback to his business following the 2000 dot com crash, embittered him with the Vajpayee government, especially the ‘close circle’ that ‘knew about my background in the RSS’ but was ‘against the RSS’.

He later identified this ‘close circle’ as comprising the national security adviser, Brajesh Mishra and the prime minister’s son-in-law Ranjan Bhattacharya. But Chandra did not forget this slight to his ambition easily. When an opportunity came along in the form of the Tehelka sting on BJP party president Bangaru Laxman in 2001, Chandra ensured that the ‘incriminating’ footage came to Zee first, and went on air at least half an hour before it was telecast by other channels. Nearly a decade later, ‘sting journalism’ played out a little differently after an FIR was lodged against him for allegedly extorting money from Congress MP Naveen Jindal. Chandra in the book squarely blames Sonia and Rahul Gandhi for this and cites this as the reason why he lent ‘personal support’ to ‘ Narendra Modi’s campaign for prime ministership.’

Though FDI in media is understandably a contested area, Chandra used regulatory protection to not merely maintain his stranglehold over the market, but even lord over the newsroom, pushing his agenda recklessly down his employee’s throats. The recent unsavoury episode involving Zee employee Vishwa Deepak’s resignation in protest against the channel’s witch hunt of JNU students is a case in point. Those who did not fall in line have simply been fired. In his book, he admits that at least one of the editors of his newspaper DNA,  Aditya Sinha was shown the door because “he had written against Sonia Gandhi” and he could ill-afford to keep him in view of the heat on Zee over the alleged extortion charges. As CP Surendran, former editor of Chandra’s newspaper, DNA recalls in this recent review of this book: “Yet the truth is no group is likely to have seen such a high churn at the top level of management. The paper I worked for, for example had seven-or was it six?- editors in nine years. What explains that kind of serial killing, if Mr Chandra claims to be the manager he is in his book?”

Way back in 2003, media columnist Sevanti Ninan had noted Zee’s serious anti-employee management practices: “Arrivals and departures are so much the norm in this company now that consolidation is fast becoming an alien concept. Each new head who comes in (and they come in all the time) fires the old hands. Last year when the man at the top at Zee News changed, 100 were fired.”

Subhash Chandra’s extraordinary achievements as a media pioneer are marred by his frequent, almost compulsive obeisance to the RSS that unfortunately also finds reflection in the network’s editorial policy. Coming as it does when democratic institutions are under threat, he can be accused of open complicity in this assault.