The Novelist Who Came in from the Cold 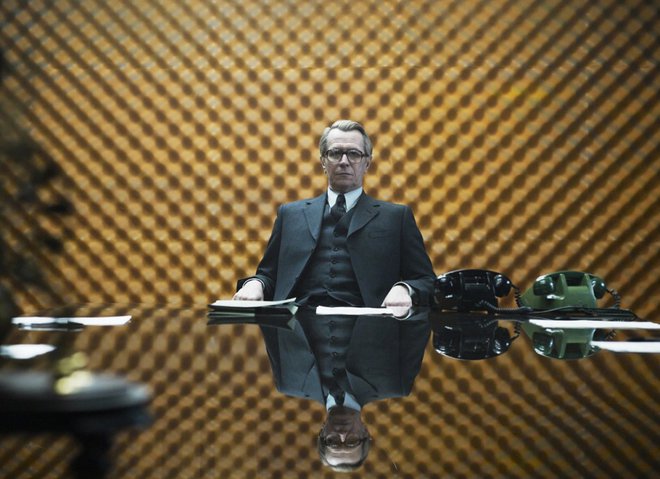 ‘Love is whatever you can still betray. Betrayal can only happen if you love.’ Thus wrote John le Carré in his sixth novel, The Naive and Sentimental Lover, published in 1971. Fifteen years later, the same line, somewhat modified, was used in A Perfect Spy.

Betrayal is the leitmotif of his work — betrayal of friends, families, lovers, institutions and the country. And, as Adam Sisman (author of an earlier biography of James Boswell) points out in this comprehensive and excellent biography of Le Carré – the first ever – that deception also figures in the novelist’s own life. Starting from his own father, with his lies and misdemeanours, to his mother, who left the kids and vanished when he was only five, to several friendships that got broken along the way because someone – and this includes Le Carré himself – broke the trust of the other, Sisman shows how Le Carré’s own life formed the inspiration for most of his stories. The author was not just mining for ideas; for him, drawing on his life was a cathartic experience, his way of exorcising ghosts of anger and resentments past, especially to do with his crooked father, Richard Thomas Archibald “Ronnie” Cornwell.

The Naive and Sentimental Lover draws on a deep friendship between Le Carré (born David Cornwell in 1931) and novelist James Kennaway and his wife Susan that soured when David had an affair with her. And A Perfect Spy, which Le Carré has called his most autobiographical novel ever, traces the story of the spy Magnus Pym who disappears one day. It soon emerges that he has been clandestinely working for Czechoslovakia. But it is the troubled relationship between Magnus and his father Rick that underpins the novel.

Ronnie was a con-man and rogue, who wove intricate schemes to defraud people and frequently found himself being chased by creditors and the law. Ronnie’s presence – and frequent absence – looms large in David’s life and the book. A man of extravagant tastes and even more spectacular promises and plans, most of which came to naught, Ronnie lived by his wits and charm. It didn’t matter to him that the money he spent did not belong to him or did not even exist. He defrauded simple pensioners of their savings, leaving countless people broke and hapless. He wanted to be a tycoon, an entrepreneur and, even, a politician.

“In Britain a general election was looming,” writes Sisman, “Ronnie decided that the nation required his services, and suddenly departed, leaving his wife and son at the Kulm [a hotel in St Moritz] without the means to sustain themselves. For several days they were forced to steal bread from the hotel breakfast-table in order to have anything to eat at lunch night. Eventually they crept out through a back entrance and made their way discreetly to the station.”

Ronnie’s shenanigans continued and even though father and son drifted apart, there were many occasions when David had to bail Ronnie out, paying a fine here, meeting a debt there. When Le Carré the novelist became famous, Cornwell senior boasted about it to the world and was quick enough to ask, and then demand, that he be compensated in some way or the other. To fully understand the shaping of the later Le Carré, it is useful to look at David’s early years, as a schoolboy at his public school, Sherbourne and then at Oxford, where he got a last-minute admission. These were elite institutions, but he remained on the periphery, liked because of his wit but not really part of the smart and rich set. While a university student, David was asked by a British diplomat to keep an eye on his fellow students, thus launching his career in subterfuge and, inevitably, betrayal. Through most of his literary life, Le Carré denied he had ever been a spy, though Sisman proves conclusively that he was very much part of both MI5 and MI6.

David got a job to teach at “parochial and inward looking” Eton College, the “spiritual home of the English upper classes”, where he was aghast to see the ways of the truly rich and well connected: “Perhaps inevitably, the culture of Eton reflects the values and the manners of the class from which the majority of its pupils are drawn: including social ease, effortlessness, entitlement and an assumption of superiority, occasionally tending towards boorishness,” writes Sisman in a delightful chapter about life – at least in those days – in the most prestigious public school in the land. The students were often encouraged by their fathers to “mob up” beaks (teachers) when they arrived at Eton to “show them their place”. David proved equal to the attempts by the boys to disorient him, often sharply putting them down.

“You think that you’re superior to those grammar school boys with their caps on the back of their heads, but you’re not,” he once told his students. “Look at you. You’re just a crowd of penguins.” To which one of his titled pupils drawled, “But sir, we dress better in the holidays.”

David was restless to move on, try his hand at writing but that was going nowhere. He got in touch with his old friends in MI5, saying, he wanted to “come inside”. In an interview almost 50 years later, he said it was like entering the priesthood: “as if all my life had been preparing for this moment”. He was, he said, searching for moral certitudes that had so far eluded him — although, as he subsequently realised, “I had come to the wrong address.” Then it was on to the external spying agency MI6, which was living on past glories and which “stank of wartime nostalgia”, as David was to later remember. It was another closed world, with its own tribal rituals and practices.

Much of Le Carré’s reputation, of course, rests on the Smiley trilogy, of which the first, Tinker Tailor Soldier Spy (1974) is the best known because of two screen adaptations. Starting with the hunt for a mole inside the Secret Service (echoes of the Kim Philby case) to the enchanting but tragic story of spying in the Far East (The Honorable Schoolboy, 1977) and ending with the craftily engineered defection of the Soviet spy chief Karla (Smiley’s People, 1979), the novels did not just create a rich character such as Smiley, but also questioned the premise that the West had won the Cold War. At the end of the trilogy, when he is congratulated for winning, Smiley answers: “Did I? Yes, well, I suppose I did.” Like Graham Greene, to whom he has often been compared, le Carré did not like neat resolutions.

The ambiguities, the inner dilemmas, the moral twilight zone – who would one betray, a friend or one’s country? – dogged le Carré’s flawed heroes throughout, during the Cold War, and much more, after, when the Berlin Wall had fallen, the Soviet Union had collapsed and the good guys had won. But who were the good guys? Le Carré’s earlier novels are ambivalent on the subject, but in his later works, as he gets older and angrier, he has much more clarity about the villains — the capitalists, the arms dealers, the multinational pharmaceutical companies who exploit poor countries.

Sisman gives us a thorough account of le Carré’s early attempts to get his first book (Call of the Dead) published. After many tries, Victor Gollancz bought it and offered the princely advance of a hundred pounds, quite a contrast to the massive advances he would receive in later life. It was a modest beginning to what was to be a stunning career.

The origins of the nom de plume he selected are hazy. He himself says he doesn’t know, though there was a le Carré at his school. Carré means ‘square’ in French, but all he wanted was something that would stand out. Under this name, David Cornwell has written 23 books, almost all of which have turned out to be best sellers. It is useful to remember that while the Smiley trilogy consolidated le Carré’s fame, he has written many more books – not all of them great – since then. George Smiley is le Carré’s greatest character, but there are many more who make their appearance in only one book. The end of the Cold War was supposed to have put paid to le Carré’s career, but think of The Tailor of Panama (1996) or The Constant Gardner (2001), which confirm that even in his advancing years – he is 84 now – the old storyteller was on top of his game.

Sisman achieves the ideal balance between writing about the personal and the professional and the intersections between the two. We get to know about Le Carré’s disintegrating marriage, his affair with his best friend’s wife and his many relationships – with friends, agents, publishers – many of which break abruptly, usually because of him. For his legions of fans, the stories behind each book are fascinating, and his own reactions to the reviews, revealing; on the one hand he says he does not read them, but as Sisman shows, he could be bitter about poor reviews, especially in later years, when it was being suggested that he was out of touch with the modern world and had lost his entire raison d’etre once the Cold War ended.

Equally entertaining are his feuds with other writers, especially a spectacular one with Salman Rushdie, who claimed that le Carré had not sided with him during the fatwa years and in fact had suggested that the India-born writer was wrong in writing the provocative book, Satanic Verses and at the very least should hold back the paperback. Rushdie smarted under this and eight years later, when he got the opportunity after le Carré had given a lecture to the Anglo Israel Association, wrote in a letter: “John le Carré complains that he has been branded an anti-Semite as a result of a politically correct witch-hunt and declares himself innocent of the charge. It would be easier to sympathise with him had he not been so ready to join in an earlier campaign of vilification against a fellow writer.” Le Carré responded in kind: “Rushdie’s way with the truth is as self-serving as ever. …When it came to the further exploitation of Rushdie’s work in paperback form, I was more concerned about the girl at Penguin Books who might get her hands blown off in the mailroom than I was about Rushdie’s royalties.” The nastiness, in this vituperative but stylish vein continues in the form of Letters to the Editor for some time.

There is no dearth of detail in this book, occasionally becoming a tad tiresome. Much information is provided about le Carré’s many dealings with publishers, which gets exhausting after a while. The latter half of the book is almost totally formulaic: a new book, the advance, the reviews and then on to the next. This door-stopper of a biography would not have been any less worthy if much of it had been excluded.

Le Carré comes across as being a highly accomplished man, fluent in French and German, a charming raconteur, a loyal friend despite the many abrupt break-ups with old associates, and a public figure deeply concerned with the liberal causes of his time. American critics have always criticised him for harbouring a deep American antipathy, but he has made no secret of it. Equally apparent is his deep love for all things German (reflected in Smiley). With this definitive work, Sisman has produced a terrific companion to better understand the man David Cornwell and the writer John le Carré and appreciate, more deeply, all the books he has written and, one hopes, will continue to write.