The Many Strands of Nationalism in Colonial Punjab

Vikas Pathak's 'Contesting Nationalisms' probes the set of ideas which were instrumental in regimenting and reordering the various communities of Punjab. 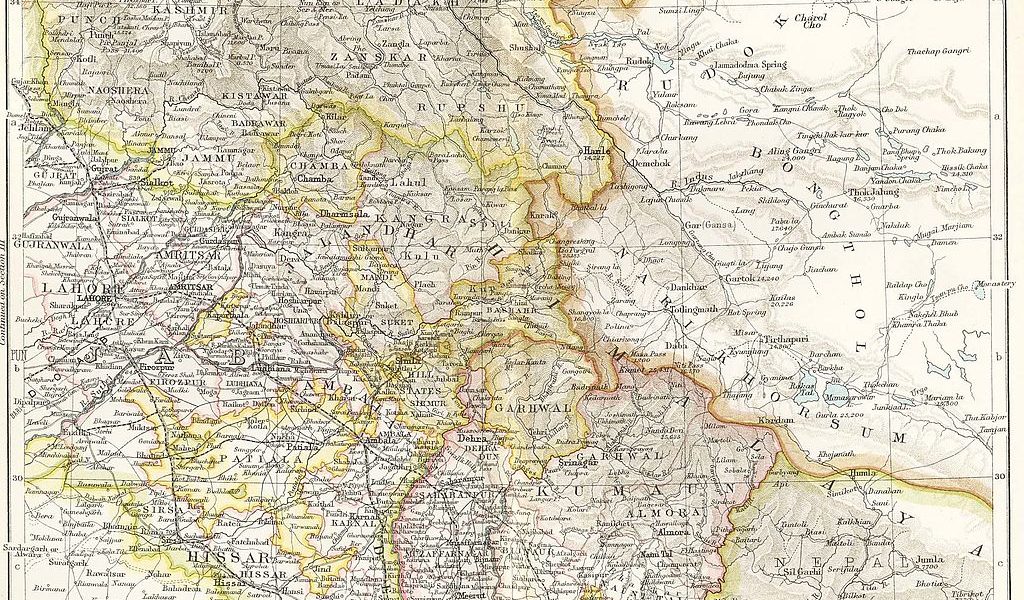 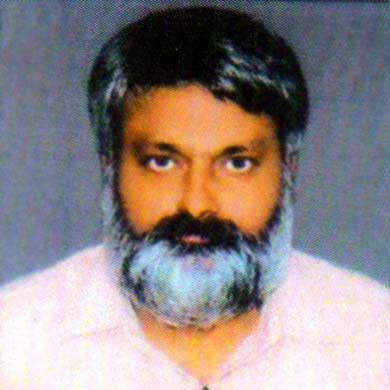 Vikas Pathak’s book titled Contesting Nationalisms: Hinduism, Secularism and Untouchability in Colonial Punjab (1880-1930) is a welcome and lucid narrative exploring the multiple layers of the varieties of discourses on nationalisms in India. It is about the vices and virtues of nationalism; the beauties and blemishes of contending and competing nationalisms as articulated in the context of colonial Punjab.

Through an intellectual journey of approximately 250 pages, the book primarily probes the set of ideas which were instrumental in regimenting and reordering the various communities of Punjab. The ideas which were contested in the regional crucible and context of Punjab were then deployed to stake claims as national aspirations and have been identified as four manifest strands of nationalisms: composite culture nationalism; religious nationalism; a secular, citizen-centric nationalism and a vision of Dalit nationalism each of them continuously contending for political space in colonial India.

The author considers the temporal span from the time of colonial census till the mature phase of agitational and constitutional nationalism, i.e. the decades from 1880 to 1930, a singularly significant span. These decades comprised the prime period when ideas regarding the relationship between the different communities of Punjab and the colonial state were worked out. The brinkmanship of the community leadership and the nature of reform and politicisation they endeavoured to effect and realise within their community and the subsequent negotiations that ensued with the purposefully divisive and partisan colonial state that had the prerogative and privilege of arbitration impacted on the various strands of nationalisms in Punjab as also elsewhere. The press and all India polity allowed the various strands to stake their claims as national. The case of Punjab is all the more interesting as it was not only the site for the politicisation of three religious communities along with an ardent quest for Dalit identity formation but was also an important state with strategic significance. Punjab was a soldier supplier state for the colonial army.

In conceiving this book, pan-Islamism and Muslim articulation and also the Sikh articulation and aspiration are excluded. The Sikhs were erstwhile rulers and so their political articulation must have been tapped. Similarly, the Muslims of Punjab were prosperous. The Muslim landholders also comprised of an influential aristocracy and was kept in good humour by the Raj for obvious reasons. The author has absolved himself by stating that it is not the main concern of his book and that they remain outside the analytical ambit.

Despite this apology for not charting the Muslim and Sikh trajectories and their deep impact on Hindu nationalism and vice versa, the non-inclusion tantamounts to methodological weakness more so because Punjab’s demographic profile permitted such a probe. One is left to wonder. Who were the composite nationalists among the Muslim and Sikh communities? Was there any attempt to forge common links by composite nationalists across religion and region? How sustainable was this venture? Perhaps, probe in these directions would have allowed the nature and colour of colonial state to emerge with its complexities and sophistication. The role of various nationalisms in regimenting the communities can be grasped in a comprehensive sense only in the context of expanding electoral ambit. Its ramifications particularly after the Montagu-Chelmsford reforms till the elections before Partition and independence needs to be revisited and reviewed. 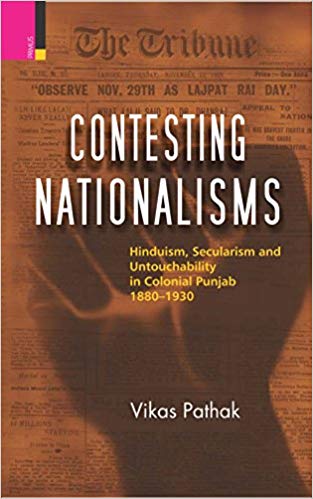 The book is informative, insightful and engaging. It has many gems to offer and has refined our understanding of nationalism. Nuancing the imperialist depiction and dependence on scramble for jobs as the cause and symptom of Indian nationalism, Pathak brings in the notion of community power. Community power was derived and deployed by wresting employment opportunities offered by the colonial state in favour of one’s own community.

Othering of other religions

Pathak clarifies that seen through the prism of community power, the Hindu nationalists saw aligning with the colonial state as a legitimate strategy. Influential, important and articulate section of the Hindu Mahasabha also saw this course of policy and action consistent with their goal of strengthening the community. Pathak brings home the point that the main kernel of Hindu nationalism was not anti-imperialism; being anti-imperialist was not the main criteria for being a nationalist. For the author, Hindu nationalism subsisted on perpetual othering of other religious communities. The ways and means of othering preached and practiced by other communities have been alluded to but the details are missing.

The political outpourings of Lekh Ram, Lalchand, Munshi Ram, Bhai Parmanand, Swami Shraddhanand and Hardayal has been analysed to present their idea of history that informed their notion of role and remedy vis-à-vis the prevailing political situation. One of the main strength of the book is that the author has analysed the idea of history held by Lala Lajpat Rai in detail. Rai was the main apostle of the strand and stance of composite nationalism and an ardent advocate of a secular state and governance. In the same vain, the secular citizen-centric nationalism is represented by Bhagat Singh who incidentally was also taught by Bhai Parmanand, the erstwhile Gadharite and arch Hindu nationalist of his day.

The book plausibly explains why Bhai Parmanand rejected joint electorate or Nehru Report and why Rai argued in favour of Nehru Report and welcomed it. The parting of ways between Lala Lajpat and Bhai Parmanand has been portrayed and the Lala has been redeemed in more than one sense. The author startles us when on the strength of the biographer of Bhai Parmanand, he claims that Parmanand played with the idea of Partition from as early as 1907. While discussing the idea of history of various protagonists the author is careful enough to allude to their deliberate selections and erasures. The book graphically describes the game played by the golden age syndrome of various groups of protagonists. 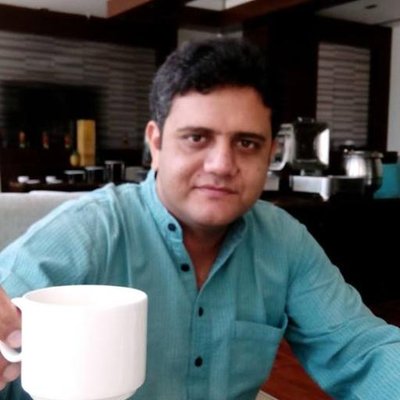 The use of press reports to critically contextualise the dissensions, contradictions and also the convergences of ideas of various protagonists of the same strand and also of other strands of nationalism is really commendable. The use of private papers of some of these ideologues would have further allowed the readers to partake in their dilemmas and departures. I fail to understand why the rich repositories of Delhi and Punjab was not harnessed by the author. To my surprise there are no photographs to navigate this otherwise lucid book. I do not think a post graduate history student can recognise Fazl-i-Hussain, Lekh Ram or Mangoo Ram. Perhaps Lala Lajpat Rai, yes and Bhagat Singh, definitely yes. The book is not devoid of humour. The honest, haughty and hilarious Hardayal have been portrayed with unusual sensitivity. His intellectual somersaults have been contextualised with sardonic humour.

No national leadership from Punjab

Pathak asserts that the politics articulated by all the strands of nationalism manifest in Punjab claimed to be national. In this context I cannot resist wondering why no national leadership emerged from the political crucible of Punjab. Lala Lajpat Rai had all the potential but that possibility was lost. Bhagat Singh avenged his death and kissed the gallows so that possibility was also lost. Even from the glimmers of Dalit vision of nationalism, a sustained flame, a long-standing leader, say, someone like Jagjivan Ram, could not emerge from Punjab. Clearly the politics articulated may have been national but the leaders remained regional.

The strength of the book would have acquired much more rounded and comprehensive character had the temporal span been extended up to 1947. This would have allowed to analyse how ideas inform and propel political programmes and initiatives; how ideas dovetail and determine the means to attain political goals. After all, political ideas and political praxis must be studied together. In this sense, description of the process of pitching political debates through pamphlets and programmes in the electoral battles of 1936-37 and 1946 and juxtaposition of the electoral results would have revealed many aspects of the ideas which even the protagonists would not have thought.

The author deals with safer decades when the ideas were more in the process of being fermented and formed and were yet to inform intense political action, the author is in his comfort zone and can afford the stance of neutrality. The 17 years that followed were years of tumult and turmoil, when the same very sedimented ideas fueled and fanned the fire and changed the complexion of the national movement. The distrust and cleavages were further accentuated by the cunning colonial state and the unfolding political events became messier, malignant, maddening and murderous. It is then that it becomes difficult to claim and call the stakes of community-based nationalisms as nationalism. It is difficult then to maintain the stance of neutrality. The quest for objectivity, the hallmark of history writing may still be affordable but neutrality will definitely beg to be forgiven. After all there is a world of difference between neutrality and objectivity. I hope that a sequel of the book will follow and that would definitely be more messier, meaningful and multilayered.