The Man Who Killed Journalism 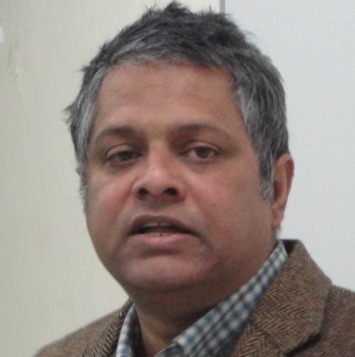 Nick Davies
Hack Attack: How the Truth Caught up with Rupert Murdoch
London: Chatto and Windus, 2014.

This is a book about Rupert Murdoch – the most powerful media Moghul in the world – and his tabloid empire in Britain. He is someone who uses the clout of his myriad media outlets to browbeat, bully and destroy politicians he does not like, even as he openly plumps for the ones he favours. It is more specifically about the corrosive tabloid culture he has spawned over the years based on sex, sleaze and blackmail that has sustained his empire and made him a market leader. There is nothing that a Murdoch journalist cannot or does not do to keep his master’s media behemoth rolling. In the process, every single institution has been destroyed or compromised, not least the newsroom itself where editors double up as executioners of his will cast in stone, and journalists run the risk of becoming  smut addicts and hackers.

Hack Attack: How the Truth Caught Up With Rupert Murdoch, written by Guardian journalist Nick Davies is a 400-page tome, an exposé on how the dreaded but now defunct tabloid – News of the World (NoTW) – hacked its way into becoming the United Kingdom’s undisputed market leader.

Way back in 2007 NoTW journalist Clive Goodman was arrested along with an independent private investigator Glenn Mulcaire for hacking the phones of at least three Buckingham Palace employees and five others. There was lots more to the story, but owing to complicity between officials of Scotland Yard and NoTW top brass, the full extent of the hacking remained buried. The matter revived dramatically after a ‘source’ (Davies names him ‘Apollo’) made contact, alleging that there were several top editors involved in this phone hacking racket – something the Guardian writer had always suspected. But what really got him started was the audacious manner in which NoTW editor Andy Coulson, under whose supervision hacking had occurred, had coolly resigned following the scandal and joined the leader of the Conservative party, David Cameron as his media advisor. What if Cameron became the Prime Minister? Coulson would become his media adviser! That prospect really disturbed him.

Sleaze at any cost

For the next three years Davies stayed with the story, indefatigably pursuing hundreds of leads, sitting through marathon court and parliament hearings, lobbying with MPs, organising legal recourse for the victims, and finally sifting through mountains of material thrown up by the Leveson Commission report, including its daily hearings.

The extent of the hacking was chilling. Every celebrity was fair game.

Scoops such as the sexual peccadilloes of David Beckham; English football manager Sven-Goran Erricsson; paying off a sex worker for a night out with a famous footballer for a front page story next day; Home secretary David Blunkett’s dalliance with a woman – and as bonus the discovery that she had been in an affair earlier with a Guardian journalist. Not just celebrities. The NOTW hacked Deputy Prime Minister John Prescott, also in charge of Home and Intelligence; the then Secretary of State in charge for Media, Tessa Jowell; the ‘expose’ about Chancellor of Exchequer Gordon Brown’s four-month old son afflicted with cystic fibrosis that was only stopped after Brown pleaded with NoTW Editor-in-Chief Rebekah Brooks. Brooks had marked out Brown as a target after he had pushed for a hike in budget allocation for the National Health Services (NHS).

In the four decades of Murdoch-created tabloid journalism – it began in 1969 after he bought the Sun – a corrosive culture of money had permeated deep in the society. ‘Everything is for sale. Nobody is exempt,’ writes Davies about tabloid culture. Private investigators hired by companies to recover loans from defaulters in the wake of Thatcher’s credit boom had re-invented themselves as tech savvy paid snoopers to tabloid journalists. The silence of aggrieved parties was on sale; journalists were on the take. A fair idea of the prevalent tabloid culture can be best gleaned from the case of ‘Benji the binman’ a no-gooder who trawled the trash bins of law firms and celebrities to sell scraps of information to whoever may be interested.

This market of sleaze with a ‘little’ help from technology had ‘democratized’ the flow of muck into the NoTW newsroom. In one week in 2005, Davies came across instances of a male prostitute willing to sell the story of his romp with a male TV presenter; a woman who went out with a Hollywood actor when he was 14 offering to sell gossip about how he cheated on her; another woman called up NoTW offering a sensational account of her affair with pop star and actor Peter Doherty, for a fee; a fashion worker claimed he had colour polaroids of super model Kate Moss, without make up ‘looking completely washed out.’ And finally there were the real ‘hopeless’ ones like this sales pitch to the NoTW: “I recently came into possession of a video of an actor (his name is mentioned) masturbating, would your paper be interested?”

One single principle guides Murdoch tabloids – ‘Just get the story’. ‘No excuses are accepted, no failure allowed’ writes Davies. He cites an instance where a reporter was fitted with an electronic tracker so that his movements could be monitored.

The twin scourge of hacking and ‘blagging’ –Davies terms these the ‘dark arts’ –  also indicates the vulnerabilities of digital technology. A phone could be hacked by breaking into its four digit pin code by simply hitting 9 once the recorded message started to play. A hard to get mobile number was procured through ‘blagging’ – an evolved con art based on impersonation wherein a telecommunication company would be hoodwinked into revealing information – with an insider already having been paid off to get secret codes and identities beforehand.

But it was not all cakewalk for NoTW. Victims moved the courts, but most settled for a compromise deal with Brooks and her team. This was to prove costly later as some of the pay-offs were hefty and no one but Brooks or Rupert and his son James could have cleared the monies. Courts, however, could offer little help since the pile of incriminating evidence that Scotland Yard had collected following Mulcaire’s arrest was not allowed to come out in public, courtesy Scotland Yard Assistant Commissioner Andy Hayman, Brooks’ drinking pal. He lied before the House Select Committee and even the courts about it. If Hayman ended up as a NoTW columnist, another of their senior editors, Neil Wallis went on to handle the police department’s public relations – something that later led to the resignation of the Metropolitan Police Commissioner and Britain’s top cop Sir Paul Stephenson. The Guardian, backed by its inspirational editor at the time, Alan Rusbridger relentlessly went after the story, but the Press Complaints Commission led by a Tory Peer stonewalled all complaints.

Murdoch always had a thing going with the Tories. Thatcher had earlier helped him stitch together the BSkyB deal; with Murdoch responding by backing her fully through his newspapers. And now with David Cameron heading the coalition government (2009), Murdoch put on the table his bid for BSkyB (and called it ‘Operation Rubicon’) – with total control as the aim, that meant a near three-fold increase in stakes from the existing 39%. But there was trenchant opposition from newspapers like the Guardian and Independent, the UK regulator Ofcom, and even sections of the political class, notably Labour, on grounds that this could entail media consolidation in both radio and television space.

Though Murdoch managed ultimately to prise out the troublesome Ofcom official Vince Cable, his ‘Operation Rubicon’ was halted by a Guardian exposé of yet another phone hacking victim – this time, 13-year-old Milly Dowler, who had mysteriously disappeared way back in 2002. It now emerged that Mulcaire had not only hacked her mobile but also deleted its contents in order to prevent the inbox from getting full, leading her family and the police to believe that she was alive. Nick Davies broke the story on July 5, 2011. On July 20, 2011, Cameron announced the setting up of the Justice Lord Leveson Commission on the “ethics and culture of British media.”

In between the two dates, writes Davies, there was something akin to “a flash of white light followed by explosion” as the entire public opinion led by Prime Minister Cameron called for action against NoTW. Murdoch was forced to shut down his 170-year-old newspaper and drop his bid for BSkyB. Hundreds of journalists lost their jobs even as his favoured Rebekah Brooks walked away with a 16 million pound severance package. Of the nearly 4,000 victims, 600 were identified while Murdoch coughed up compensation for a 100-odd, totalling more than US $450 million. Investigations revealed the complicity of at least six NoTW journalists.

Murdoch, the British parliament declared, was  not a ‘fit person to exercise the stewardship of a major international company.’

Rebekah Brooks is back in business. Murdoch has appointed her as Chief Executive of News UK, the publisher of the Times, Sunday Times and the Sun.