The Daring Act of Rewriting Tagore 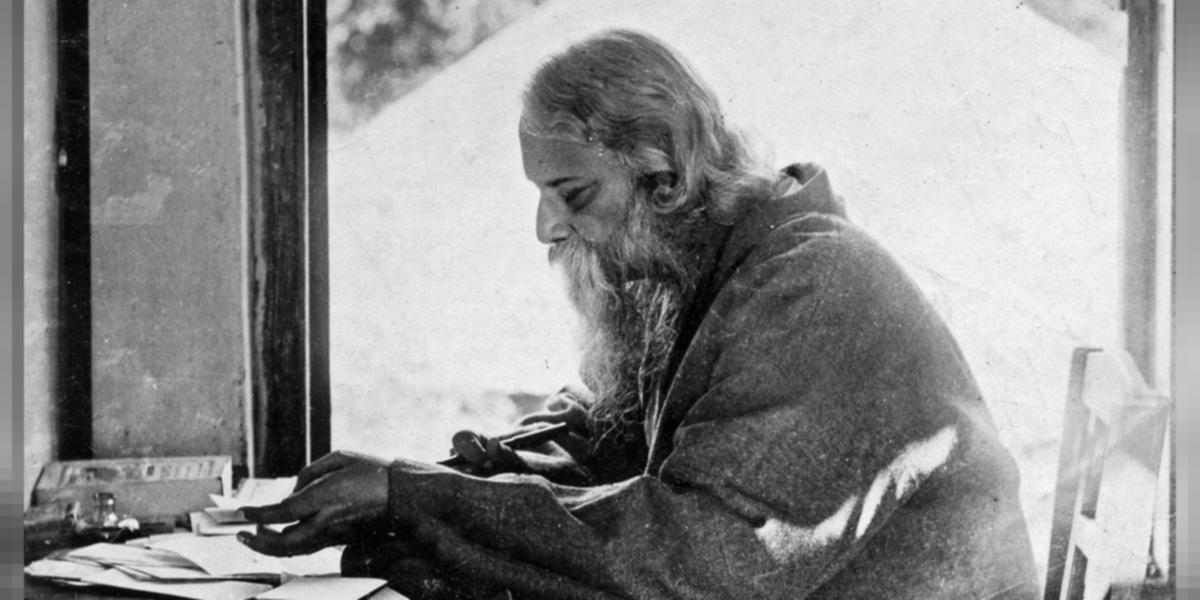 Poet and novelist Priya Sarukkai Chabria describes how she began reading and responding to the poems of Rabindranath Tagore’s Gitanjali in the Introduction to her new collection of poetry, Sing of Life: Revisioning Tagore’s Gitanjali (Context, Chennai, 2021):

My reading starts as a casual glance at the book my husband picked off a café bookshelf while we waited for our coffee. By the time we finish, the small book is spreadeagled between us. When we leave, the borrowed book comes with us to the photocopier’s.

…As I read, or rather plunge into it, certain words from each of the Songs lift like swans into my mind. Back in our hotel room, I write these risen phrases into the children’s notebook I’d purchased at the photocopier’s. 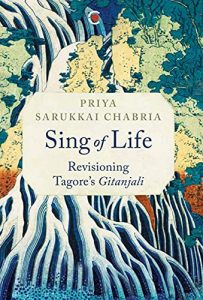 The affinity that someone like Chabria, who has earlier translated ninth century Tamil poet and Bhakti saint Andal, felt for Tagore’s mystic verses is not surprising. Tagore often self-fashioned himself as a baul, the Bhakti/Sufi itinerant musicians of Bengal, as Deborah Baker and E.C. Dimcock have shown us. Nevertheless, this spontaneous act is also one of much daring.

In January last year, poet Jeet Thayil ruffled a few feathers, especially of Bengalis, when he said he found the Gitanjali — the collection of poems for which Rabindranath Tagore had been awarded the Nobel Prize in literature in 1913 — the most overrated book. Thayil’s opinion might have been controversial but lacked novelty — several other prominent Indian writers have found Tagore, especially in translation, to be quite wanting. Khushwant Singh had made similar remarks about Tagore’s poetry nearly a decade before and so had Girish Karnad about his plays.

Even during his own lifetime, Tagore had enough critics. Historian Rajarshi Chunder in his essay, “A City in Mourning: 7 August 1941” (included in Calcutta: The Stormy Decades, ed. Tanika Sarkar and Sekhar Bandyopadhyay, Routledge, London & New York, 2018), writes:

“Although he was the most renowned Indian literary figure of his times, much of his novels and poetry was never as universally accessible to popular taste… His university and school were lampooned by the popular literary journal, Shonibarer Chithi. The Nobel Prize did make him a cultural icon for the whole country although, Tagore himself was unhappy that a foreign award ensured his iconic status.”

Perhaps as a response to this, Tagore also wrote Shesher Kobita (1928-29), where the Anglophile protagonist Amit Ray joins a younger generation of poets to lampoon the poet.

Despite these unfavourable and antagonistic attitudes, his death on August 7, 1941 had sparked a near-riot in Calcutta (Kolkata) and in the decades since, a flourishing cottage industry has developed around his songs, poetry, theatre, and other writings. Till 2001, Tagore’s work was copyrighted to Visva-Bharati University and it also created a culture of gatekeeping. Even Debabrata Biswas, perhaps the best known exponent of Tagore’s songs, was a victim of this and found himself unable to record his music under the aegis of Visva-Bharati experts, as he describes in his autobiography Bratyajaner Ruddhasangeet.

This gate-keeping has led to a sterile culture of uncritical veneration, which sometimes expresses itself in ludicrous ways such as his songs being played at traffic signals in Kolkata by the order of chief minister Mamata Banerjee. While his fame has grown in these bizarre ways in his native Bengal, the halo that surrounded Tagore in the early decades of the 20th century has faded considerably elsewhere, with the older translations of his work coming across as rather archaic to contemporary readers. Chabria’s daring intervention is perhaps a much-needed panacea.

Tagore’s Gitanjali was a collection of 103 English prose poems, which were transcreations of the original Bengali “Gitanjali” as well as poems from other works. Bengali scholars often feel that being awarded the Nobel Prize for this book was ironic. “Why not Gora?” they ask. “Why not Red Oleanders?”

Gitanjali has also been translated into English by William Radice (Penguin, New Delhi, 2011). Chabria’s poems are not a translation or transcreation, but rather a series of responses — similar to postmodern or postcolonial rewriting of the canon. It is perhaps a generic cousin to Vivek Narayanan’s reinterpretation of the Ramayana or Arjun Rajendran’s use of the archives in One Man, Two Executions (2020). She uses not only the poems in the Gitanjali but also the historical, social and anecdotal para-text that has attached itself to the original over the decades.

Take for instance, the opening poem of Chabria’s book, “Gitanjali”, which begins:

Other Indians came to see me.
Their reverence / for this man sounded
strange / in our world

This is a retelling of W.B. Yeats’ introduction for the first edition of the Gitanjali, which begins:

A few days ago I said to a distinguished Bengali doctor of medicine, “I know no German, yet if a translation of a German poet had moved me, I would go to the British Museum and find books in English that would tell me something of his life, and of the history of his thought. But though these prose translations from Rabindranath Tagore have stirred my blood as nothing has for years, I shall not know anything of his life, and of the movements of thought that have made them possible, if some Indian traveller will not tell me.” It seemed to him natural that I should be moved, for he said, “I read Rabindranath every day, to read one line of his is to forget all the troubles of the world.”

Chabria’s book also has 103 poems, each a response to a corresponding one in the original.

She remembers reading “Where the mind is without fear…” (Song 35 of the original) as a teenager and feeling moved, but also that it was a little wordy. The poem, over quoted in every correct or incorrect context, might seem a little sterile for a contemporary reader, but Chabria reanimates it in her own rendition:

It is impossible for this review to reproduce how Chabria exploits the white space on the page, providing visual as well as aural stimulus to a reader.

Puritans, especially the benefactors of the Tagore cottage industry, might baulk at what Chabria has achieved. But experimentations such as these are increasingly making world literature more animated and more accessible. Take for instance classicist Emily Wilson’s translation of the Odyssey, which was hailed for giving the ancient epic a more contemporary voice. Like Wilson, Chabria too rejects the Achalayatan of petrified veneration and sets sail in the Sonar Tori (Golden Boat) of poetry.