Imbolo Mbue's debut novel, Behold the Dreamers, lays bare the trapdoors of the American Dream after the 2008 financial crisis. 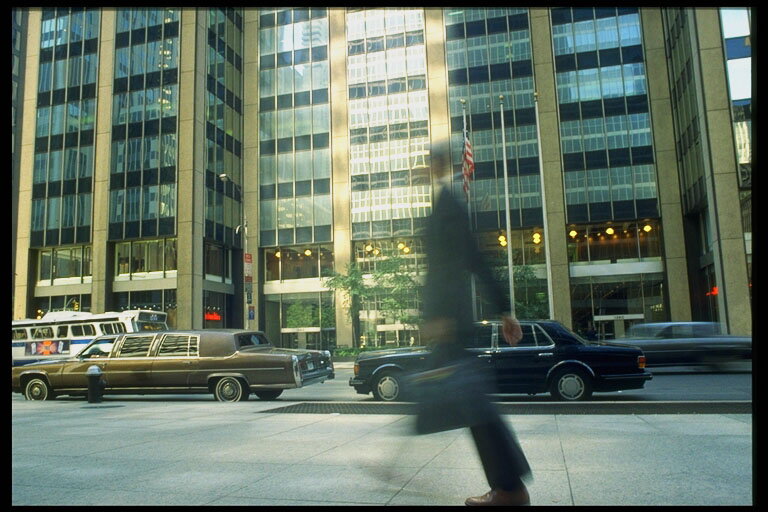 Two years after Lehman Brothers collapsed, Imbolo Mbue lost her job as a market researcher in the aftermath of the financial crisis, and like millions of other Americans, she struggled to find employment. While walking around Columbus Circle in New York City one afternoon, Mbue, who is originally from Cameroon, noticed men in expensive suits getting into cars which were driven by people who looked like African immigrants. This made her curious about the relationship between these chauffeurs and the executives they ferried around. She was especially interested in how the recession affected them both: What were the overlaps of their experiences? The contrasts? It is these questions that wind through the text of Behold the Dreamers.

Imbue’s book is like an ecosystem in miniature, within which we observe the lives of two couples that live on opposite ends of New York’s social food chain during the 2008 financial crisis. At the bottom is Jende Jonga, a Cameroonian immigrant whose legal status hinges upon a bogus asylum appeal filed by his carpetbagger attorney. Jende lives in Harlem with his wife, Neni, an aspiring pharmacist, and their six-year-old son, Liomi. At the top is Clark Edwards, a Wall Street high-roller at Lehman Brothers with a glass-walled office overlooking Central Park, and Cindy, his “trophy wife” with immaculate blonde hair, perfect taste, Sophia Vergara legs, a body hardened by hours spent working out, and a heart hardened by years spent seething at her workaholic husband’s indifference to his family. The Edwards have two sons, the iconoclastic Vince, who studies at Columbia Law School and who despises everything his parents stand for, and Mighty, a Dalton elementary-schooler whose gauche agreeableness recalls Marcus Brewer’s character from About a Boy. Mbue nimbly weaves together the myriad, unruly strands of race, class, immigration and marriage – portraying America as a “paradise-for-strivers” while also illuminating the many trapdoors of the American Dream. Clark and Cindy are, of course, flush with the trappings of wealth and power. They live in an über-luxe Upper East Side apartment, have a place in the Hamptons, and spend their winters in St. Barth’s. The Jongas live in a stuffy, cockroach-infested apartment where they struggle to pay rent, lawyer’s fees, and Neni’s college tuition.

The lives of these two very different families collide when Jende accepts a job as Clark’s personal chauffeur, a year before Lehman Brothers’ collapse. As Clark’s driver, Jende suddenly finds himself with courtside seats to the lives and conversations of America’s one percent. The glitter of upper class American life quickly fades as Jende sees firsthand the emotionally untethered and spiritually bankrupt reality of the Edwards’s day-to-day existence. Neni, who is pregnant with her second child, secures a part-time job as a housekeeper and babysitter for Cindy Edwards, and watches the perfectly put-together mother disintegrate into a fog of alcohol and pills as her rage at Clark’s antipathy toward his family (combined with the vestiges of an abusive, poverty-stricken childhood) takes over her life.

Mbue’s writing is imbued with a subtle tension like an invisibly winding cinch. Her prose is spare, direct, and unassailably beautiful. Defying convention, she employs the writerly tools of both “show” and “tell”—seamlessly moving between scene and exposition—and has an extraordinary eye for that telling detail which reveals volumes about a character in just a few lines: Jende Jonga’s clip-on tie, his résumé printed on paper that is “wrinkled and moist”; Cindy Edwards’ pristine pantsuit—and the slow, precise way in which she speaks “as if she had the right to take as much of the listener’s time as she wished”; Neni’s love for imitation Gucci bags and her infatuation with all things New York; Clark’s work desk, “oval, cherry, black leather reclining chair for the executive, two green leather armchairs for visitors.”

While her descriptions can be a touch acerbic, Mbue is kind and empathetic towards all her characters, even though she clearly is most invested in the Jongas – in their problems as immigrants with a precarious foothold in America, their symbiotic relationship with the Edwards, their unwavering belief in social mobility, their fierce ambition and love for their children. Through the Jongas, Mbue attempts, and very often succeeds, in evoking an emotional response without hectoring her readers with a sense of preciousness or self-pity. Behold the Dreamers is at its most striking when filtered through their point of view, like in this passage where Neni worries for her two small children:

“In Limbe, Liomi and Timba would have many things they would not have in America, but they would lose far too many things. They would lose the opportunity to grow up in a magnificent land of uninhibited dreamers. They would lose the chance to be awed and inspired by amazing things happening in the country, incredible inventions and accomplishments by men and women who look like them. They would be deprived of freedom, rights, and privileges that Cameroon could not give its children. They would lose unquantifiable benefits by leaving New York City, because while there existed great towns and cities all over the world, there was a certain kind of pleasure, a certain type of adventurous and audacious childhood, that only New York City could offer a child.”

On the surface, the book’s plot may seem to follow a hackneyed, “all that glitters isn’t gold” rubric on the clash between the haves and the have-nots. But Mbue’s litheness as a storyteller lets the book dodge the pitfalls of too many played-out scenes populated with stock characters. She is an expert at setting up expectations and then precipitously knocking them down. Cindy, for example, instead of treating Neni like part of the furniture, seems genuinely interested in her well-being: enquiring after the health of her baby and giving her gifts for Liomi. Clark, whilst being driven around, sets his laptop aside to answer Jende’s questions about his childhood in Evanston, Illinois. In a coruscating scene towards the end, Neni coldly uses Cindy’s addictions against her to procure a nest egg for her family. Mbue doesn’t burden her readers with a hypothesis to systematically prove or disprove. She avoids what Michel de Montaigne once said of middling historians – that they “spoil everything for us. They want to chew our morsels for us; they give themselves the right to judge, and consequently to slant history to their fancy; for once the judgment leans to one side, one cannot help turning and twisting the narrative to that bias.” Her realistic portrayals allow people to “chew their own morsels”, so to speak, giving readers space to draw their own conclusions. Elena Ferrante once said, “I like stories in which the effort to reduce experience to story progressively undermines the confidence of she who is writing, her conviction that the means of expression at her disposal are adequate, and the conventions that at the start made her feel safe.” One gets a sense that Imbue held a similar tenet while writing this book.

In a speech given recently at an open book event, Mbue said that her debut was “a story about dreams: it is about the power of American dreams, it is about how the pursuit of our dreams transforms us, and about the sacrifices we are compelled to make to see our dreams come true.”

Imbolo Mbue herself is no stranger to sacrifices and hardship, to that painful hewing between ambition and the comforts of home. She was born in a small village in the South of Cameroon with no electricity or running water. When she was eight years old, her mother sent her to live with an aunt in another town; it was there, in her aunt’s book-filled house, that she discovered the joys of literature, of reading Shakespeare, Dickens and Chinua Achebe. “When I first came to America,” Mbue said, “I noticed how difficult it is to be poor here. Because where I come from, you can be poor and still have a happy life.”

Naheed Patel is the Indian Editor-at- Large for Asymptote, an online journal of literary translation. An MFA graduate from Columbia University, she is also currently an editorial intern at PEN America Journal in New York.