A Tale of Cricket and Shattered Dreams

Aravind Adiga’s new novel Selection Day takes a cynical view of Mumbai cricket, and is centred around the high aspirations of its protagonists and their ultimate failures. 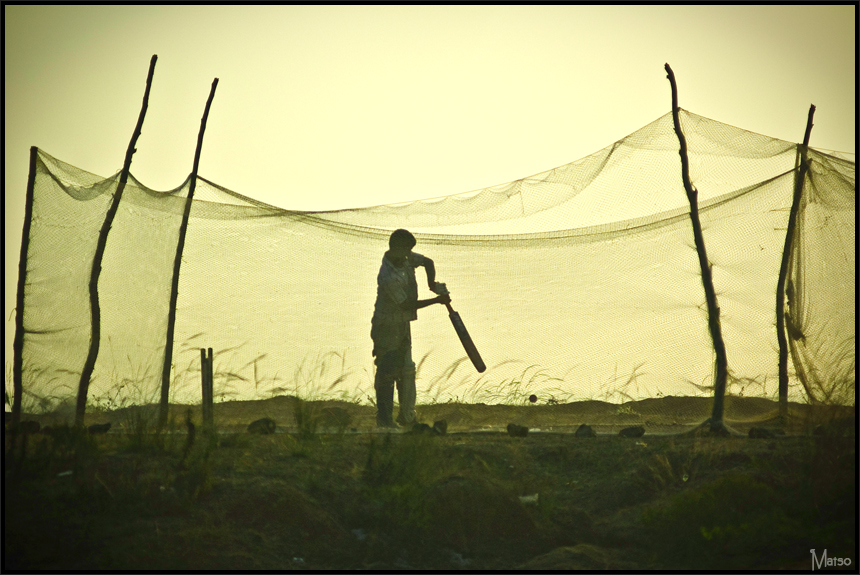 If one reads ‘The Hollow Men’ after having completed Selection Day, it would seem the author had set out to represent the poem in the form of a novel. This T.S. Eliot poem established his reputation as a “poet of post-World War I disillusion and despair”, and has often been read as a representation of failed pursuits.

Aravind Adiga’s elliptical novel, Selection Day, is like a Bezier curve. The arc of the novel, its characters, its imagination, its tempo – all rise to a crescendo, but all of them fall all too suddenly.

This is the way the world ends

Not with a bang but a whimper.

The beginning marks the discovery of the younger brother, who is “a real son of a bitch… Bit of Sandip Patil, bit of Sachin, bit of Sobers”. This young cricketer is Manjunath Kumar, coming out of the shadows of his elder brother Radha Kumar, who is a rising star in the firmament of Bombay cricket. The discovery of the Kumar brothers has been made by the great talent scout Narayanrao Sadashivrao Kulkarni, aka, Tommy Sir.

Tommy Sir’s great ambition is to discover a new Vivian Richards, Hanif Mohammad or Don Bradman, and write the history of the Maratha army of the 18th century. He will only be satiated when he finds what he has been searching for 39 years. This path to fulfilment is to be ensured by Mehta, the moneybags who sponsors the two boys, and yet…

Tommy Sir’s dream is a shared dream. The father of the two, Mohan Kumar, is a chutney seller who is hoping to move across the ‘tumid river’ of Dahisar and towards richness and success. This can only be achieved if his children don’t watch naked girls or shave till they are 21 or even drive cars, and if they follow his rules of cricket and food, “Because indiscipline destroys everything, even a secret contract with God.”

The overbearing and obsessive father’s dream might also be read as a representation of thousands of fathers in India who peg their ambitions on their children. Everyday the father cycles around Mumbai “swallowing insults more pungent than any chutney” he sells, and yet every night in his bed, he can say to himself “today my son has become a stronger and better batsman”.

In an interview with the Economic Times, Adiga says that he went “through a version of what Manju and [his brother] Radha do.” The children can’t be made to think of anything else, but cricket. Manju cannot work on his science project and they cannot go to college after completing school. Every cricketer in Tamil Nadu has a degree in engineering and they leave the game because it involves too much risk. The poor man can only move upwards by being ruthless. Mohan cannot leave things to chance because “fortune favours those already fortunate”. He will shape entrepreneurs of revenge. “Revenge is the capitalism of the poor: conserve the original wound, defer immediate gratification, fatten the first insult with new insults, invest and reinvest spite and keep waiting for the perfect moment to strike back.”

The novel is developed as an anticipation towards the selection day, building up like a bildungsroman; till everything ends in a ‘whimper’.

In a bildungsroman novel, the focus is on the psychological and moral growth of its main character from his or her youth to their adulthood, but Selection Day turns out to be more of a parody of a bildungsroman. Adiga, in an interview with Scroll.in, says, “Manjunath Kumar fails to become the man he should become in a double sense: both professionally [as a cricketer], and also emotionally. His inability to recognise his own bisexuality [or homosexuality] leaves him, at the novel’s end, a stunted figure.”

What is the author’s ambition in making a stunted, and in some senses a failure,  protagonist? Perhaps it is Adiga’s bulwark against creeping and forced ambitions, as much as a representation of his disappointment with the Indian hope.

We are the hollow men

We are the stuffed men

Manjunath is the “hope only of empty men”; men, bereft of women. Tommy Sir’s wife is dead. He has a daughter, who does the dishes and never remembers to switch off the lights. Mohan’s wife – and the children’s mother – has escaped from his shackles. The protagonist himself is incomplete and insecure in the strutting masculinity of his brother and despotism of his father.

The only place Manju ever feels entirely safe is his mother’s childhood. Thoughts often lead him to the absent mother, and her childhood, in which he finds succour. It is one of Adiga’s (and the novel’s) triumphs when he is writing about the mother. Adiga’s novels have had very little to do with women. Both of his earlier novels, The White Tiger and Last Man in Tower had no notable women characters. In this book, through the absent mother, he tries to address that lacuna, but leaves you wanting more.

There is very little love in this novel. Even Tommy Sir’s love for cricket dissipates. Mehta’s love for Bombay brings him back to it from the ‘meritocratic metropolis’ New York, but quickly turns to disgust. Manju’s relationship with Javed Ansari, fellow cricketer and rebel, is an infatuation confounded by teenage anger. Manju wants Ansari’s validation and always seeks him out, but remains in doubt about him.

The great build-up between Manju and Ansari – bridging the rich-poor divide – also ends in a farce. Yet, Manju’s preoccupation with Ansari is an assertion of independence from his father and Adiga’s depiction of this relationship is tremendous; his voice is ironic, humorous, warm and cutting. He brings a fire in his language. His imagination is bold and the characters are compelling.

Much of Selection Day’s appeal rests in bathos: its heroes fall, relationships break, cricket becomes unappealing and mundane. Ansari’s non-conformity is toxic, leading Manju to his flat in Navi Mumbai, but also out of cricket, in a way that ultimately leads to his failure. Radha, who had the original contract with God, develops a weight-transfer problem. His Bollywood good looks are marred by a mock-heroic accident.

Cricket in Selection Day is always in the background; like Adiga says, it is so big in India that it is invisible. If readers are approaching it as a cricket-novel, they will be in for a surprise. Tommy Sir’s character – said to be based on Makarand Waingankar – creates monsters, as he believes “a great sportsman is a kind of monster”. But, his discoveries end up in Ranji cricket or in asylums. No doubt this book is backed by a great amount of absorption of Bombay cricket; yet it is like a sardonic beamer against cricket and the city that is Bombay.