Excerpts from a compilation of Rabindranath Tagore's previously unpublished short verses, Knockings At My Heart. 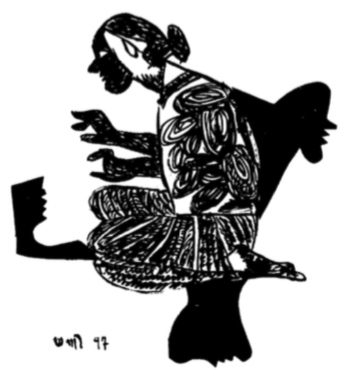 Though Rabindranath Tagore wrote widely and extensively in Bengali, he also gradually went on translate much of his own work into English. Poet W.B. Yeats, who published his translated anthology Gitanjali, said Tagore’s translations “stirred” his blood even without knowing the “movements of thought that have made them possible”. His writings directly in English were more limited – correspondence with friends around the world, lectures, speeches. Only very few of his poems were first written in English, including ‘The Child’ in 1931.

Tagore wrote several short poems as well, especially during his trips to China and Japan between 1916 and 1929. When asking for his autograph, people often requested a short poem along with it. While many of these autograph poems were written in Bengali and then translated into English, several were also written directly in English and had no Bengali versions. He selected a few of these poems and published them in his own calligraphy in the book Lekhan (1926). Staybirds (1916) and Firefly (1928) were also collections of his short verses, many of them autograph poems.

Roli Books is now bringing out a compilation of Tagore’s unpublished autograph poems from the archives of Rabindra Bhavana at Visva-Bharati in the book Knockings At My Heart. The book has been compiled by Nilanjan Banerjee and illustrated by K.G. Subramanyan.