In addition to being under-researched, Selina Sen's Zoon plays into the stereotypical portrayal of Kashmir where Kashmiris are never the key players. 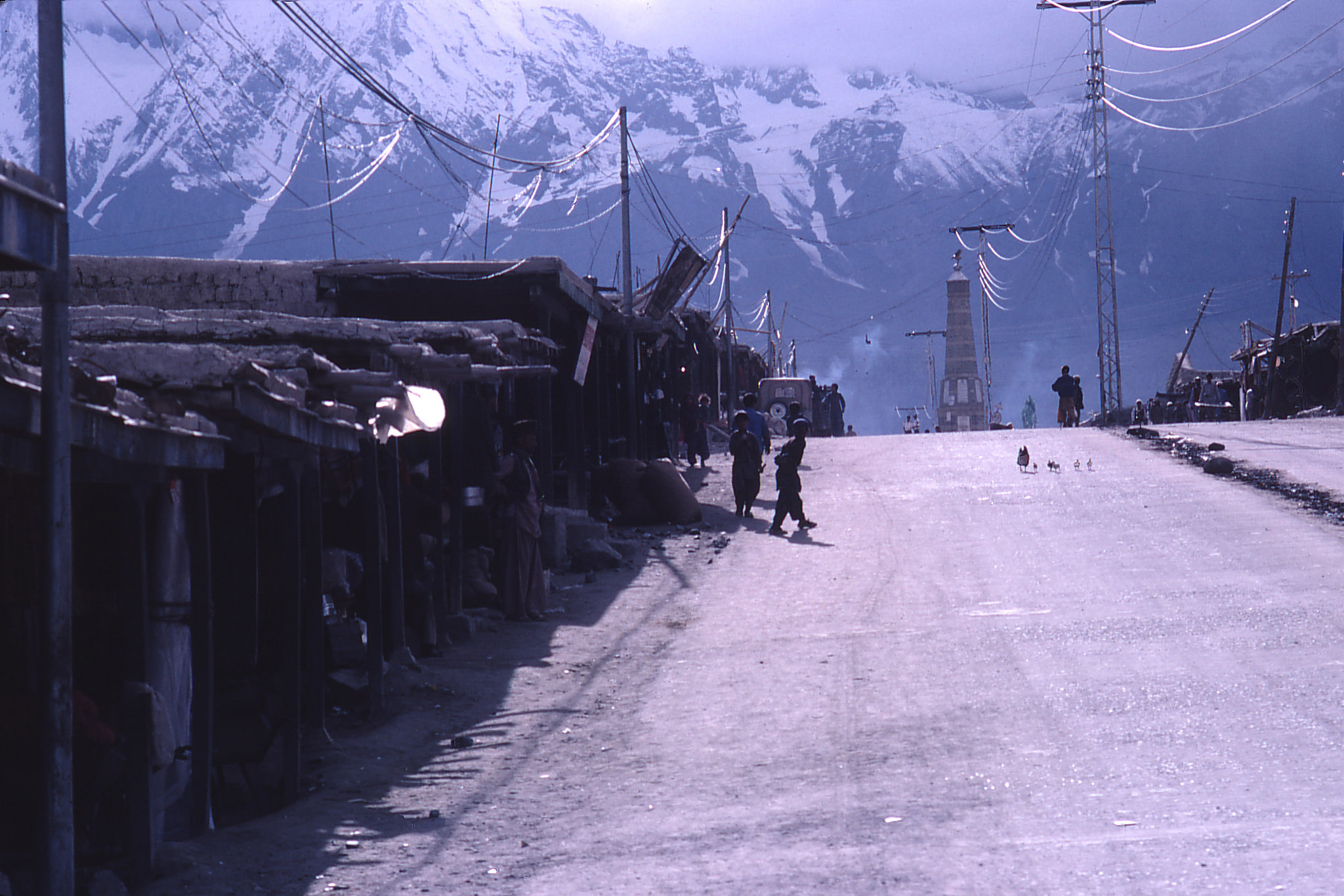 One of Edward Said’s insights is the “myth” of neutrality. A writer from the colonising country may think she is neutral when she writes about the colonised. But she cannot remove the bias coming from her colonial superiority. This trap is evident from the many writers who have written about the Kashmir Valley. Europeans in the 19th and early 20th century wrote about the Valley through its picturesque beauty, while the natives were all apple cheeked, fair maidens and – most importantly – unable to speak for themselves.

The post-colonial version features Indian writers who define and perceive Kashmir in exaggerated stereotypes, the prominent usage of the shikaras, the Dal lake, the innocent Kashmiri pitted against the dirty-bearded terrorist compatriot, neither characters having any agency or independent thinking. The innocent Kashmiri is inspired by a nurturing Indian military officer and the dirty-bearded terrorist is always brainwashed by a dastardly Pakistani boss.

In essence the actors are never the Kashmiris themselves, they are merely the scenic backdrop in front of which the actions of others take place. In this sense, Zoon by Selina Sen replicates the stereotypes so loyally that it is almost a criticism by proxy, if only it was self-aware of it. 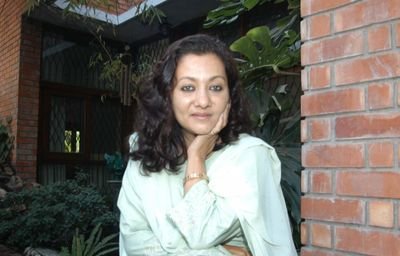 The book is based on a film production named after the 16th-century queen Habba Khatoon whose maiden name was Zoon. Habba Khatoon had enamoured the Chak King Yusuf with her voice and then divorced her abusive husband to be with her lover. This seems like a reference to Muzaffar Ali’s film Zooni that was never finished, but there was a local film on the queen as well. It is unclear whether Sen knows that in the 1960s, during the height of the plebiscite movement, a film titled Habba Khatoon was financed by Kashmir’s then prime minister, Bakshi Ghulam Mohammad.

It might be too much to expect Sen to be familiar with these details, although she asserts that she lived in Kashmir for three years. The fact that the main character, Joya Bannerjee, is supposed to be a researcher helping in discovering the background of the real characters, though, makes the ignorance about Kashmir and Kashmiris much more annoying.

Joya is on her first-ever assignment as an assistant to acclaimed film director Sudhanshu Rai on his magnum opus Zoon in the 1980s. She joins the film production team to work with a Kashmir University student Rashid Dar. Rashid has frequent arguments with the Indian staff over the politics and history of the Valley. During the filming of Zoon, which is being made like a typical 1960s Bollywood film with stereotypes of scenery and shikaras, Joya falls in love with Rashid. The relationship seems more lust than love, with sexual innuendo and suggestive conversations ending in a one-night stand.

Maybe it would have been a fuller relationship, but Rashid is caught and sent to a torture centre for allegedly aiding his cousin in the murder of the film’s cinematographer, Philip Sheridan. Joya refuses to talk about their sexual encounter to the police, fearful of being called the ‘whore’ of a terrorist. 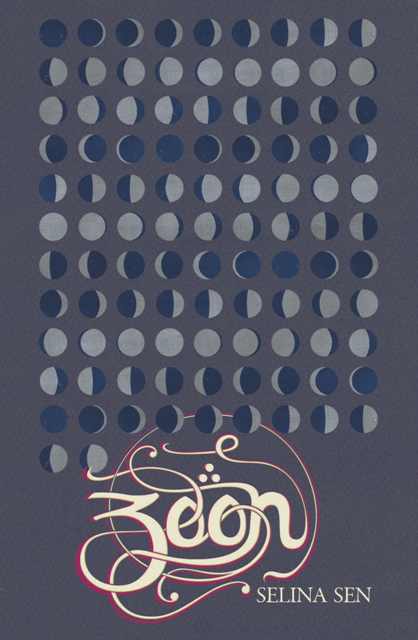 The production is stalled, Joya leaves Kashmir to work for an ad agency while Rashid is tortured for a crime he didn’t commit for two years. Then Joya receives a packet from Rai after his death, requesting her to finish the film. Joya, hesitant at first, goes to Kashmir to finish the film and find closure.

This is a book about Joya, Kashmir is mere window dressing. It would have been useful for Sen to maybe correct the notion that Yusuf Shah Chak was the last independent king of Kashmir. After Yusuf was lured to Delhi and imprisoned and exiled by the Mughal Emperor Akbar, Yusuf’s son, Sultan Yaqub Shah Chak, ruled for two more years. The Mughals had already faced two defeats at the hands of Kashmiris in Bhaderwah and after the exile of Yusuf resistance continued. Joya’s portrayal of the same is about a population that tamely surrendered once their king was exiled and his queen sang her laments.

Instead the language used is highly exoticised. There are ‘lustrous almost velvety eyes’ and the pink-cheeked beauty of children. There are is a sexualised description of geography such as “India and Pakistan fought savagely over her, suitors lustful of her physical endowments”.

In the second part of the book, Kashmir is ravaged by a brutal military response to an indigenous revolt ‘hijacked’ by Pakistanis. The response of a Kashmiri businessman to Joya over her question on the war is dismissed as “typically Kashmiri over exaggeration” and the mocking of a Kashmiri’s English accent. Kashmiris are presented as closeted-communal, other Indians as their superiors and secular.

The author then heads on the exile of Kashmiri Pandits, inviting the inevitable question of how well prepared somebody whose knowledge of Kashmir’s politics and history can be to deal with this terrible event. There is an increasing debate over the exploitation of the tragedy of Kashmiris, including Kashmiri Pandits, in literature written by non-Kashmiris who have never lived through the life of a Kashmiri in its continuing horror, or that of Kashmiri Pandits who had to flee in fear of their lives.

Instead, Sen’s writing reveals her continuing lack of knowledge of the terrain and society. When Joya sees two young girls in hijabs although their mother had not worn one, or a Kashmiri man with a full beard with his upper lip shaved clean, she says this was not seen by her earlier. While the hijab wasn’t worn by women even until the late 1990s – it was either the good old burkha or dupatta – the beard style was pretty common in Kashmir even before the 1970s.

As a Kashmiri, Zoon is hard to read, as it seems to be about an Indian asserting her beliefs, dismissing Kashmiri voices and uninterested in the history of the place where she has set the book. This is all the more surprising because a host of Kashmiri writers have written works of fiction set in Kashmir. Mirza Waheed and Shahnaz Bashir have shown how stories from the Valley can not only break the glass ceiling but also become literary gems. Even the screenplay of Vishal Bhardwaj’s film Haider, co-authored with Basharat Peer, is a powerful story in itself.

Fiction allows writers to develop characters in the author’s imagination. But without any in-depth research into Kashmir or into the lives of Kashmiris, it will be either seen through the language of the state or fall into cultural appropriation.

Muhammad Faysal is a blogger and storyteller from Kashmir. He’s the editor of withkashmir.org and co-founder of the Lost Kashmiri History Project. His Twitter handle is @_Faysal