The Jnanpith Award-winning poet had tested positive for COVID-19 on April 14. 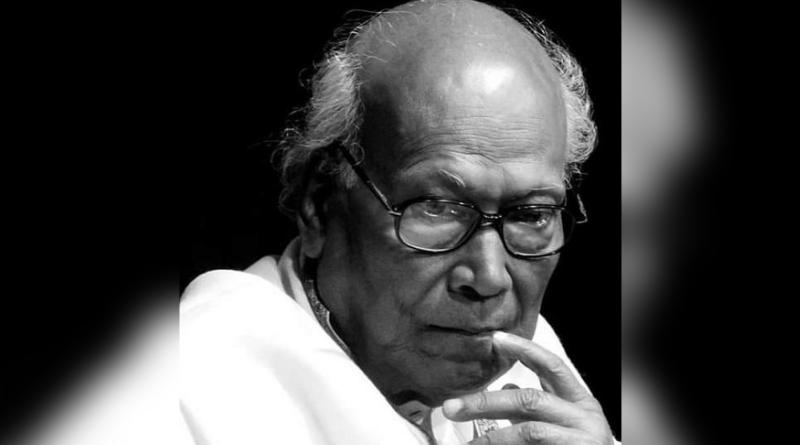 Kolkata: One of Bengal’s most celebrated present-day poets, Shankha Ghosh passed away on the morning of Wednesday, April 21. He was 89.

Ghosh had tested positive for COVID-19 on April 14 and had been in isolation at his residence since. He suffered from several ailments. A few months ago, he had been hospitalised for a few days.

Ghosh was born as ‘Chittopriyo Ghosh’ on February 6, 1932, at Chandpur in present-day Bangladesh.

He was awarded the Padma Bhushan in 2011 and conferred the Jnanpith Award in 2016.

His work has been translated into several languages. A lifelong teacher, Ghosh retired from Jadavpur University in 1992.

Ghosh was known for being vocal on social and political issues and was a quiet presence in nearly all conventions or public meetings organised to propagate liberal thought. Time and again, Ghosh’s poetry has reflected meditated protest against fascist rule and the strong hand of forces that hold sway over the lives of many.

In April 2018, after the Asansol riots, Shankha Ghosh and Soumitra Chatterjee had called for a peace march. Soumitra was not well enough to walk, so he took an auto along. Shankha Ghosh hobbled along with us. I remember discussing, do you think we’ll manage it at his age? pic.twitter.com/5ror9WCNK3

His range as a poet was also enormous and he travelled through various schemes, rhythms and styles in his long career. With Ghosh’s passing, a generation of literature in Bengal – which did not shy away from politics but enriched it – draws to an end.

He is survived by his daughters Semanti and Srabanti, and wife Pratima.