Eavesdropping on Past Readers: A Bibliophile's Affair With Second-Hand Books

Second-hand bookshops bear a history of reading by indicating what a city reads or perhaps throws away.

Those books had run their course and now wait for retirement benefits from new benefactors. Photo: Darwin Vegher/Unsplash, (CC BY-SA) 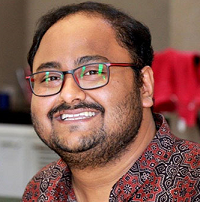 Not too far from where I live, stands an old second-hand bookshop.

It is more of a booth than a shop so to speak and it forever wears a distraught look resembling the owner who seems to have aged by another decade during the lockdown. He is not a particularly talkative man, who now hides behind the convenience of a face mask. I have never asked him for his name fearing he might deem it intrusive.

There are no sanitisers on display. The shop has abandoned all attempts at faking prosperity. An aura of enter-at-your-own-risk hangs in the air. The shop bares itself to the onlookers.

There are more books than it can contain, some of which are displayed on the pavement outside to attract passersby who might stop for a cursory glance. This is ingenious advertising perhaps. After all, looking at a book display has its own joys. It is an act of silent admiration that doesn’t necessarily lead to a purchase. Looking in itself is an act of pleasure, a reckoning with the self.

There are all kinds of books at the shop though bestsellers dominate the shelves. Robin Sharma, Chetan Bhagat, Amish – the predictable are conspicuously present. They never seem to leave the shop though. The copies seem to be in good shape. Were these even read? On repeated visits, I have found them at the same spot looking glum and taciturn. They are like permanent residents or those pesky house guests who arrive to never leave.

On a lucky day at the shop, you could stumble upon a Graham Greene or Toni Morrison or Gustave Flaubert. Flaubert for 40. Morrison for 60. Greene for 30. Price, of course, doesn’t indicate writerly quality. It is the physical condition of the book that is the determining factor. But the owner has a special reverence for Nobel laureates if only the book jacket told him so. He has no time to google Morrison after all. He has to sell books to put food on the table. Knowledge can wait, hunger can’t.

Also read: A Brief History of Reading: The Innate Joy of Second-Hand Books

Like numerous others, I have always thronged second-hand bookshops. The prices are too good to let go off. These bookshops also bear a history of reading by indicating what a city reads or perhaps throws away. Textbooks alongside novels from university syllabi regularly find their way to the shop after exams have been written. Those books had run their course and now wait for retirement benefits from new benefactors.

Going to a second-hand bookshop is one of my favourite things to do while visiting a new city. During my last trip to Bhopal, I found a beautiful old copy of Nirmal Verma’s Raat ka Reporter in the old quarters of the city. The opening line had me fixed. Only Verma could write such sentences – words that are visual, so pithy and exact. Another writer I admire, Vinod Kumar Shukla recently mentioned in an interview that he wrote exactly the way he spoke – writing that mimics everyday speech.

On my last sojourn to the aforementioned bookshop in Pune, I was elated to find Thomas Mann’s legendary Buddenbrooks. The price quoted was fifty rupees. It was a steal for that neatly kept Penguin edition. I made a digital transaction avoiding physical touch or exchange of currency notes. Buddenbrooks, as many would know, is a classic of modern German literature. The novel captures the decadence of a family spread over four generations. Many believe it is Mann’s magnum opus. His Death in Venice is perhaps more popular. Luchino Visconti has made a delightful film adaptation of the same name.

Upon returning home, I was advised to sanitise the book. I cleaned the book diligently several times over. The insides of the book contained a little inscription for its original recipient. I felt like a character in the long scheme of history eavesdropping on conversations between strangers united through a book. The book was a memorial to their friendship, one’s gratitude for another.

Cleaning the book with a chemical was a strange experience. It felt as if I was performing an act of erasure – deleting the touch of its former readers and everyone else who had been connected with the book. How many must have read it, exchanged with friends, marked their favourite passages to revisit?

Many years ago during the inauguration of the Kolkata Book Fair, author Mahasweta Devi had complained that we don’t gift books anymore during occasions such as weddings. It was customary in her time to gift books on all occasions big and small. I remember pouring through our small library at home which still contains several books that my parents had received on their wedding day. One such inscription reads – “In friendship….”. To many friends whom I now present books, I often inscribe the same message – “In friendship….”.

Also read: As Mumbai’s Iconic Strand Book Stall Shuts Shop, It’s the Personal Touch That Will Be Missed Most

Because books have taught me generosity and kindness such as my friend who urges me to take more books than I can possibly read when I go to see him. He lives in a house full of books. Subconsciously, I call it a house for books which puts up with a human presence.

Books have taught me endurance, love and respect. During the ongoing pandemic, for many like me endowed with the privilege of staying home, we have often returned to seek solace from our books thinking that this too shall pass and when the worst is over, we shall meet again. Till then at least we have our books!