The Prize is awareded by independent, Venice-based publisher, Marsilio Editori in conjunction with the Ca' Foscari University of Venice. 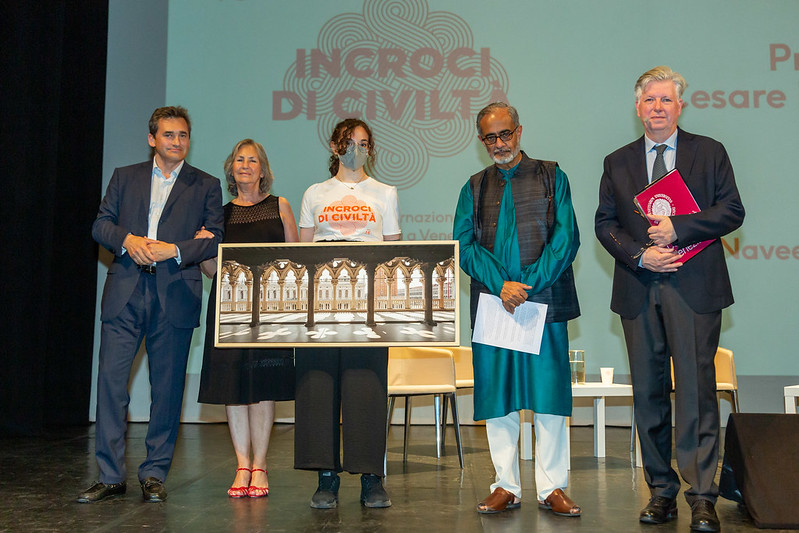 The Prize is named in memory of Marsilio Editori co-founder, literary critic Cesare De Michelis and is awarded to a publisher who has distinguished themselves internationally by publishing projects that, in some way, relate to De Michelis’ own publishing ethos.

The Prize was awarded on May 25 at Venice’s Goldoni Theatre at the inauguration of the 15th chapter of the Incroci di civilità (Crossing of Civilisations) literary festival of Ca’ Foscari University.

Incroci di civiltà is an international literature festival started in 2008 to celebrate Venice’s culture of bringing people together. In the past, the festival has been attended by prominent authors like Anita Desai, Amitav Ghosh, V.S. Naipaul, Jhumpa Lahiri and many others.

Seagull Books was founded in 1982 by Naveen Kishore, an Indian theatre practitioner, and specialises in books on art, theatre, cinema and the like.

In addition to plays and monographs, Seagull also published film scripts and essays by leading Indian artists, as well as serious non-fiction and academic writing on culture and various arts.

Amongst Seagull’s numerous authors are Mo Yan, winner of the Nobel Prize in Literature in 2012 as well as Laszlo Krasznahorkai, who won the Man Booker International prize in 2015.

Also read: Book Review: How Maryse Condé’s Travels Nurtured Both Her Writing and Her Cooking

Seagull also published the works of Maryse Condé, winner of the Alternative Nobel Prize in 2018, in three volumes, translated into English.