The Scourge of the Black Economy in India: Origins, Causes and Remedies

In Understanding the Black Economy and Black Money in India, Arun Kumar takes us on a journey from the origins of the black economy in India to what should come after demonetisation. 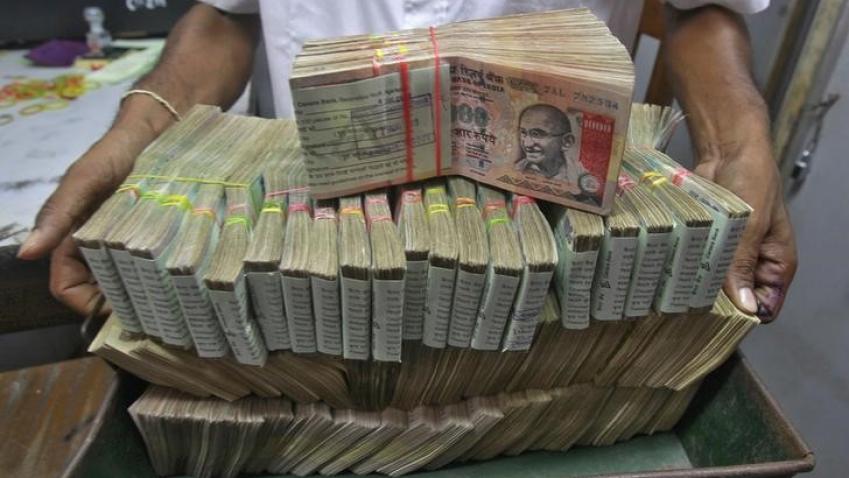 Black money is currently one of the most discussed political and economic issues in India. During the tenure of the last government, the issue of corruption galvanised a popular civil movement. When the BJP came to power in 2014, among its promises was the recovery of black money from safe havens abroad, and the promise to deposit Rs 15 lakh in every Indian’s bank account. In November 2016, when Prime Minister Narendra Modi announced the demonetisation of high currency notes, he said he had taken the step primarily to fight black money.

Nobody is quite sure if the fight was won or lost but the nation is still reeling from the after effects. Today, as the government justifies the mandatory linkage of the Aadhaar card to tax returns, the attorney general argues that it is needed to deal with black money and terror financing.

In Understanding the Black Economy and Black Money in India, Arun Kumar, the eminent economist and India’s leading expert on the subject, takes us on a journey from the origins of the black economy in India and tries to answer these important questions.

Reproduced below are extracts from Understanding the Black Economy and Black Money in India.

India’s black economy is estimated to be 62% of GDP – generating about Rs 93 lakh crore of revenue (or USD 14 trillion). It is larger than the income generated by agriculture and industry put together, which is about 39% of GDP. It is larger than the size of the government (Centre plus states) spending, which is about 27% of GDP. Because of its existence, the country’s economy has been losing on an average 5% growth (when compared to official figures) since the mid-1970s when the black economy became significant. If we add 5% to the rate of growth over the past four decades or so, the size of our economy would be Rs 1,050 lakh crore (or about USD 15 trillion at the current rate of exchange) instead of Rs 150 lakh crore (or USD 2.2 trillion) as it is now. We would have become the world’s second largest, behind the US and a middle-income nation. The per capita income of the country would have been Rs 7.4 lakh (or USD 11,000) instead of about Rs 1 lakh (or USD 1,500) as it is at present. In other words, every one of us would have been seven times richer on average.

What is the black economy?

International studies show that the black economy is referred to by more than thirty different names all over the world – black money, parallel economy, informal economy and so on. However, none of these are appropriate terms to describe the black economy in India.

History of the black economy

Independent India started with high aspirations but a weak democracy because the power was transferred from the colonial masters to a relatively unaccountable political class and a civil service that was accountable mostly to the ruling elite. As the democratic aspirations of the national movement weakened, the political class became more corrupt. The government of India report of 1956 argued for the need to keep the black economy in check so that more resources could be raised for development. It found businesses generating profits from black market activities in all sectors of the economy.

Big business in India realised that the manipulation of trade and economic policies required close proximity to political power. It started exercising direct control over the political process by financing political parties and individual candidates for legislatures. It also increasingly interfered in appointments at the senior levels of the bureaucracy in key ministries. 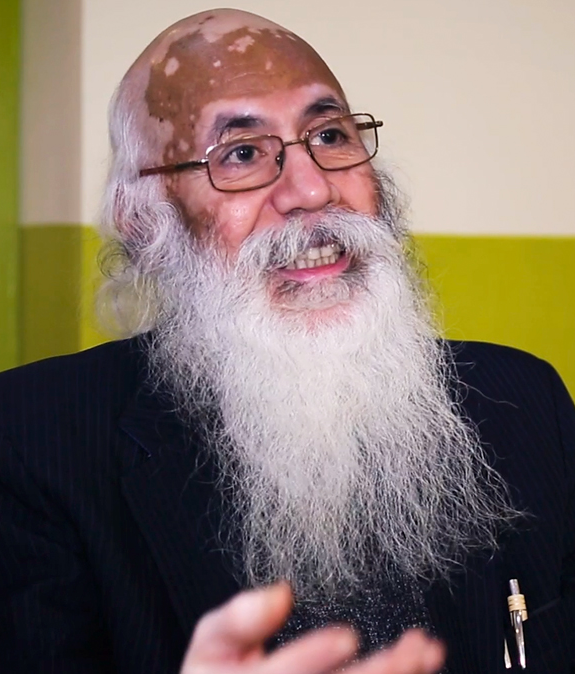 Just as with gold imports, all across the economic spectrum criminal activity increased. A triad of corrupt politicians, businessmen and the executive which was already in place changed its style of functioning and the way it shared the gains from corruption. Many politicians became businessmen – openly or by setting up proxies who at times were their family members. Businessmen also entered politics in larger numbers. Privatisation and the establishment of the infrastructure of the private sector (in public-private partnership mode) offered new opportunities for making illegal gains by cornering resources like land, forests and mines.

The increase in the collection of direct taxes as a percentage of GDP since 1999 is cited as an example of the working of the market mechanism leading to better compliance. But as has been shown in a 2007 Alternative Economic Survey article, the rise in this ratio is not due to a reduction of the black economy through improved compliance with the tax regime but due to the dramatic rise in the income of the corporate sector. So the black economy has continued to grow.

What fuels the black economy

Today, the triad has grown so powerful that even an incorruptible head of government is often powerless to control it. The black economy continues to prosper and there is growing criminalisation in society. Ironically, a clean head of the government serves a useful role for the triad to survive and prosper because she/he provides credibility for a largely corrupt system – a mascot. It helps keep the public confused about the real nature of the power structure.

What has not worked: Voluntary Disclosure Schemes

Even though tax rates and controls have been drastically reduced in India, the black economy has continued to flourish. It has been argued that if the black savings accumulated over time could be channeled into the white economy then at least it could contribute to the development of the economy. This was the idea behind the government announcing the Voluntary Disclosure Schemes, which were introduced six times until 1997. The government also came out with Bearer Bond scheme in 1979-80. In 2016, it floated an Income Declaration Scheme. The idea underlying these latter two schemes was also to raise resources for development.

Unfortunately, all of these schemes proved to be counter-productive. The Comptroller and Auditor General report on the 1997 scheme, for example, said that it had made people habitual tax offenders. Many people declared their incomes in the earlier schemes and then again in 1997. The reason is obvious – people begin to expect that such schemes will come along from time to time so they feel they can generate black incomes today and whiten them tomorrow when the next such scheme is floated.

The ineffectiveness of these kinds of schemes shows a lack of imagination on the part of the government as well as an inability to come to grips with the problem for a variety of reasons.

When the government announced the demonetisation of all Rs 500 and Rs 1000 notes in November 2016, it said it was doing so for two reasons – it wanted to eliminate counterfeit currency used by terrorists and smugglers and it wanted to destroy the black economy by forcing the ‘de-hoarding’ of cash held by those generating black income.

What I would like to point out is the fallacious thinking behind the scheme, including factors such as the following:

In sum, the demonetisation scheme will not solve the problem of the black economy.

Thus, since demonetisation was announced, unemployment has risen, investment has fallen, banks are facing difficulties and the crisis in agriculture has been aggravated in spite of a good monsoon. All this leads to the emergence of recessionary conditions in the economy. 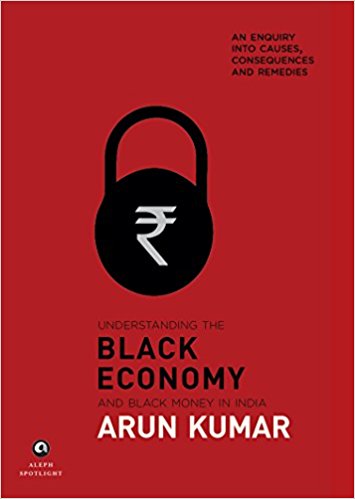 As I’ve emphasised throughout the book, in order to tackle the black economy, the triad of corrupt politicians, businessmen and the executive has to be dismantled.

The black economy functions in secrecy. Hence the most important tool that we have to bring it out into the open is the RTI provision. It is crucial to bring under RTI all political parties, the judiciary, the prime minister and the chief ministers’ offices. If it is extended to them, it would make the politician and the executive accountable and their functioning transparent so that, unlike at present, they cannot subvert the law deliberately.

The tax structure needs simplification and modification. For example, there should be wealth taxation on all forms of wealth, gift tax and estate duty. This is like the tail wagging the dog. It would force individuals to reveal their income to pay taxes.

Corporation tax should be on gross profit and not net so that the costs incurred cannot be manipulated to show lower incomes. Property taxation, which is currently manipulated by fudging the value declared, should be based on site and services valuation. Indirect taxes too need to be simplified by levying them only on final and luxury goods. In the case of taxation of services, incomes are manipulated since norms are difficult to establish. Such manipulation of income by those in the services sector needs to be checked via what is called a presumptive tax.

A major reform required is that political parties function democratically. There is need for internal democracy. Many of today’s leaders come up without serving the people and take over parties. Parties and constituencies are often passed on by political leaders to relatives like property. Such leaders are often contemptuous of the people and represent mostly the interest of society’s upper crust.

Citizens’ groups which can present an independent record of the performance of the candidates before elections will help make voters better informed. Finally, exercising one’s vote should not merely mean going to the polling booth on election day. A politically alert public – which votes consciously in the national interest and not along caste and communal lines – is needed.

Excerpted from Understanding the Black Economy and Black Money in India: An Enquiry into Causes, Consequences and Remedies by Arun Kumar (Aleph Book Company India, 2017).