Book Review: A Nuanced Look at the Cross-Breeding of Militarisation and Care in Kashmir

In 'The Occupied Clinic', Saiba Varma helps us navigate the treacherous matrix in which the politics of care takes place in Kashmir. 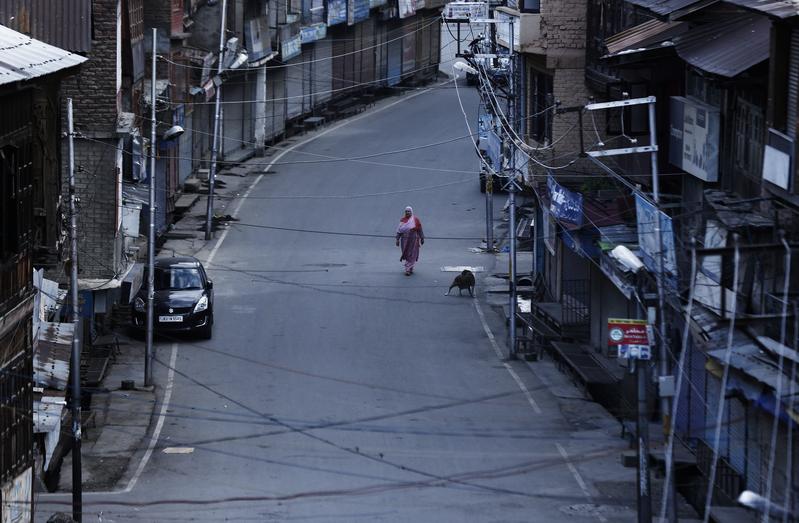 Ever since I returned to Kashmir to report on the political situation here three years ago, my mental health has undergone a rapid transformation. A few days ago, I was circling my room, engrossed in David Remnick’s The Devil Problem. That’s when I realised something was amiss.

Suddenly, my heartbeat was racing (138 bpm). I could feel chills down my body and shortness of breath. I felt feverish but there was no real fever. My legs started to ache and I tried to sleep, but to no avail. The doctor was quick to diagnose it as a panic disorder attack. He recommended that I take Petril Beta 10, an antidepressant used widely in Kashmir. And that’s how it has been so far.

This anecdote not mine alone – it is a snapshot into the lives lived by hundreds of thousands of people in Kashmir, where a serious mental health crisis is underway. It is surreptitiously and ominously sweeping through the population of seven million, in sharp contrast to the feel-good imagery of scenic vistas, snow-capped mountains and jam-packed boulevards that the media is rife with.

In 2015, a survey by Médecins Sans Frontières (MSF) discovered that nearly 45% of adults suffer from mental distress in Kashmir. So much more has happened since then. The communications blackout of August 2019 alone kickstarted cascades of meltdowns, whose impact is coming to the fore only now. 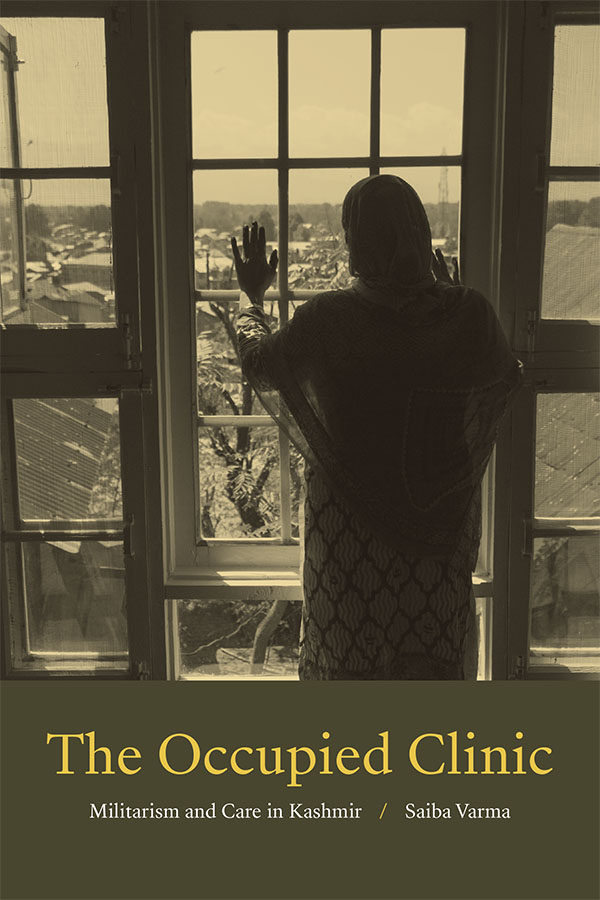 Last year, while working on a story, I happened to visit the Institute of Mental Health and Neurosciences Kashmir, a sprawling psychiatric disease facility perched on the river bank in Srinagar. I was taken aback at the patient load in the waiting section. The hall was tightly packed and hospital staff were struggling to squeeze their way through the crowd. This was unthinkable a few years ago.

A young clinical psychologist at IMHANS, who had conducted a survey in Srinagar in 2020, a year after the dilution of Article 370, told me his investigation threw up shocking results. Nearly 72% of respondents showed signs of mental distress, a staggering jump since MSF’s 2015 survey.

Yet it was only so much that he had discovered, for the debate around mental illness in Kashmir is regarded as taboo. Patients will not report it unless the signs emerge in the form of physical and bodily symptoms. Mostly, people tend to interpret and express evidence of mental distress in the idiom of metaphysics and prefer reaching out to spiritual healers for redress.

The magnitude of trauma in Kashmir is not yet fully quantified. It is precisely this limitation that Saiba Varma’s important book, The Occupied Clinic, seeks to fill. It catalogues the trauma that the conflict, and its different variations, has inflicted on Kashmir over the past three decades.

What stands out in the book is the empathy and profound understanding with which Varma approaches the subject. The book is based on her visits to many premium healthcare facilities in Kashmir. The Occupied Clinic features Varma’s own impressions of Kashmiri society, its nuances and peculiarities, and its capacity to deal with the mounting costs of militarisation as political conflict fuelled by militancy deepens.

Varma helps us navigate the treacherous matrix in which the politics of care takes place in Kashmir. As James Orbinski, a Nobel laureate, once noted, “humanitarian action is more than simple generosity, simple charity. It aims to build spaces of normalcy in the midst of what is abnormal.”

Varma’s research discovers that healthcare in Kashmir breaches not just these sacrosanct precepts of humanitarian ethics but also subverts them. There’s a great deal of irony to draw on. The establishment that is allegedly responsible for perpetrating violence and abuse against people is also the one that gets to wax eloquent about and promote the discourse of “healing touch” and “hugs, not bullets”.

Varma thus observes, “For the last three decades, the architecture of Indian occupation has combined militarism and care. These are occupation’s two “modes of presence.” Today, militarism and care continue to exist in close proximity—spatially, materially, epistemologically, and ontologically— and explicitly borrow from one another. For example, the military mandate to eviscerate terrorists and defeat insurgency exists alongside mandates to care, guarantee life, and heal suffering through public health and humanitarianism.”

Nonetheless, she writes, “the entanglement of care with nationalist and militaristic projects reveals the need to unmoor care from associations with the “good”— attachment, protection, redemption, or happiness. The traditional binary between care and suffering—with care representing the alleviation of distress— no longer holds. Rather, we must unsettle and “vex” militarized and humanitarian care through feminist and decolonial framings.”

The book lays bare the framework of care in hospitals across Kashmir and its dependence on the militarised logic, especially when we learn that reliance on shock therapy and the mechanism with which it is administered is uncannily analogous to the military procedures, including torture, that have wide prevalence across the region.

Thus in Kashmir’s militarised setting, the enterprise of care is not independent of militarism. Rather, both remain bound together, like two sides of the same coin. It is this anomaly out of which legitimate ethical and moral concerns grow regarding the other iterations of welfarism – whether ‘Sadbhavana’ programmes or ‘deradicalisation’ campaigns – that arrogate to themselves curative and redeeming qualities. 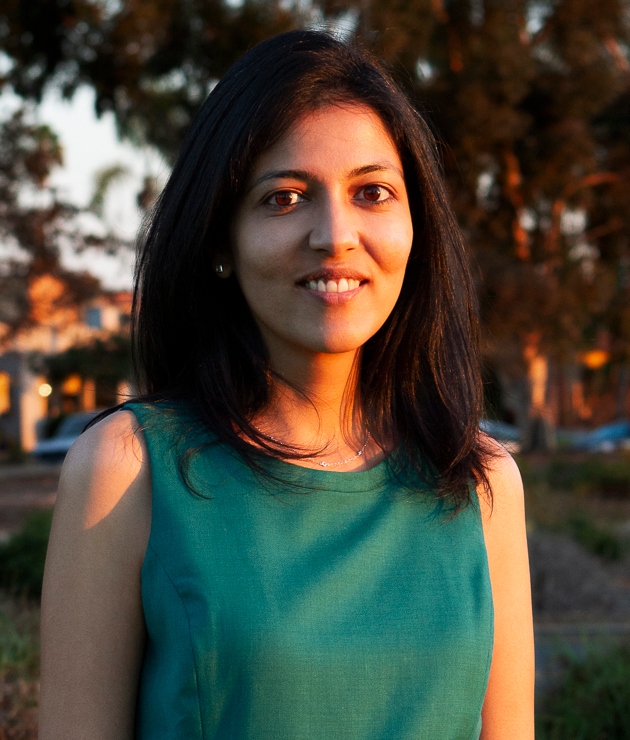 Varma hammers home very important points, including how wartime injury does not just affect materially and physically but also psychologically. Her conversations with people like Shakeela, a Gujjar woman living amid the mountains of Ganderbal who lost family members to conflict, allow her as well as the readers to distill the impact of years of trauma on Kashmiri families.

She discovers that Kashmiris have become predisposed to “somatization” or “conversion” which is an “unconscious process by which patients turn psychological problems into more culturally acceptable physiological ones,” Varma writes. “In other words… patients’ bodily complaints were disguised expressions of depression or other psychiatric conditions.”

The generalised term is ‘kamzorī’ which is intended to convey not just the loss of vitality in the somatic or physical sense but also the loss of all the spiritual, moral and intellectual vigour that Kashmiris have mustered to resist political subjugation. Kamzorī is thus a denouement from the injuries endured over decades that have become sedimented and memorialised inside the body and mind.

But for all the unique connotations the term invokes, kamzorī has also been driven into the realm of the ordinary because it is everywhere. Such is the ubiquity of trauma in Kashmir.

One chilling example of how kamzorī can bring perversion to society is told through the story of Inayat, a young schizophrenic man who Varma meets at a police-led rehabilitation centre. Inayat had a brother, Yousuf, who went missing after he spurned the Indian forces by refusing their offer to become an informer – someone who keeps an eye out on the movement of militants and alerts the security establishment.

With his brother’s whereabouts unknown, it is Inayat who volunteers to become one, for he nurses the ambition of getting absorbed into the power structures so that he could cultivate connections that would help him locate his brother. Inayat is pathologically beholden to the belief that Yousuf is lodged inside Cargo, a notorious interrogation centre in Srinagar. But as reality starts to dawn upon him, he refuses to accept it, and grows disoriented.

Examples such as these are more than just symptomatic of kamzorī. Instead, they shed light on the abject conditions that conflict and militarisation can produce for Kashmiris that compel them to make hard choices.

As Varma remarks, “Why does Inayat want (need?) to participate in the disappearance of others, while mourning the disappearance of his own brother?” Recall the popular narrative which tends to project examples of conscription, the rush outside army recruitment centres, as a default imprimatur for and expression of Kashmiri endorsement of the status quo. On the contrary, the internal torment experienced by people like Inayat helps us understand why some youth in Kashmir find traction with radical ideologies and violence.

Varma records both the strengths and failings of humanitarian groups such as Action Aid International and Kashmir LifeLine, which provide non-pharmaceutical psychosocial care to victims of violence in Kashmir in the form of counselling, nonjudgmental listening and psychotherapy.

“While they never directly confronted the Indian military’s role in causing mass psychological distress (because doing so would have likely led to their expulsion from the region), these methods were indirect ways of critiquing the Indian state’s denials of its own history of violence,” she writes.

There has been some debate over Varma’s non-disclosure of the nature of her father’s involvement in Kashmir. But in a long rejoinder published in The Wire, Varma does well to convincingly answer most of what she was charged with.

I wonder how many people are willing to acknowledge the small anecdote appearing in the book wherein Varma gives an insight into the kind of political vision that colours her family’s perception about Kashmiris, especially when she unsuccessfully attempts to persuade them about the “sense of abandonment” that they felt during the 2014 floods even as national media in Delhi was awash with gushing praise for armed forces.

When they disbelieve her, Varma muses, “For a moment, I wondered if I was being fooled…I realized then how my doubt was a product of my social and intellectual conditioning. One legacy – an inherited Hindu majoritarian perspective of not trusting the perspectives of minoritized communities – intersecting with another – an anthropological legacy of doubting our interlocutors, thinking we “know better.” Both were traces of colonial knowledge that needed to be exorcised.”

The Occupied Clinic is an indispensable piece of work.