So What Do We Do About Manto, Who Was Neither Indian Nor Pakistani?

In our quest to define Manto, we arrive at the same results as we have while getting to the bottom of our current political crises.

'How do we bracket Manto?' Photo: Wikimedia Commons

Saadat Hasan Manto was born in 1912 in a village in Ludhiana district, Punjab, then part of the British Empire. He lived in the cities of Amritsar and Aligarh for a while, before moving to Mumbai. After the partition, he migrated to Lahore in Pakistan. He died there, somewhat prematurely, in 1955.

The government of Pakistan posthumously awarded him the Nishaan-i-Imtiyaaz, a prestigious civil award, in 2012. Manto is, therefore, a transnational entity.

He is known as a Punjabi writer, even though he hasn’t written much in Punjabi. He wrote in Urdu, so he is an Urdu writer. It doesn’t seem like he took religion very seriously – he is still known as a Muslim writer. In his youth, he was a member of the Indian Progressive Writers association. The latter had a distinct leftward lean. So Manto could be called a Marxist writer too.

Something which is important from the point of view of his cultural and literary identity – and which is a point of contemporary controversy and relevance- is that his family has roots in Kashmir. After being displaced from Kashmir, his ancestors moved to Punjab. Manto was proud of his Kashmiri roots. His family lovingly maintained the distinctiveness of Kashmiri culture. In a letter to Pandit Nehru, he does mention their shared connection to Kashmir.

‘To be Kashmiri is to be beautiful,’ he wrote.

So what do we do about Manto? In which identity do we bracket him? If we call him Indian, he was Pakistani too. If we call him Punjabi, he was Kashmiri as well. His being ​ leftist comes in the way of trying to capture his identity as a ‘Muslim’ writer, on the basis of his religion. Punjab, Kashmir, the alleys of Mumbai and being a Mohajir in Lahore; all these dichotomous ​aspects were united in his character. Manto, as a writer, can be connected to all of these things, but not to any one of them.

Also read: Narrating the Life of Mohajirs in Today’s Pakistan

Contemporary politics does not get along with such complex identities – formed of elements which are often conflicting but complementary. It prefers to state questions of identity in a simplistic, crude, rigid and politically convenient ways. To it, identity is something without any ambiguities, an easily identified uniform. Such a uniform would allow, for example, to demarcate a writer into two categories – ‘ours’, or ‘theirs’. This is exactly what has happened to Manto.

Recently, an English translation of one of Manto’s books came to my attention. The book is Why I Write. The translator and editor of this translation is Aakar Patel. It includes Manto’s discursive prose. Mr. Patel writes about Manto in the preface of the book.

Those attempting to pin Manto or his identities miss the point. A still from the eponymous Bollywood film based on the writer’s life.

The preface begins by stating that Saadat Hasan Manto was an Indian trapped in Pakistan. Mr. Patel next goes on to say that Manto’s ‘identity didn’t come from religion and it came only partially from geography. It came mainly from his belonging to our culture, about which he wrote with great skill.’ By ‘our’ culture, Mr. Patel of course means ‘Indian’ culture, which is, of course, different from ‘Pakistani’ culture. Patel concludes that Manto was a great Indian writer; he wrote in an Indian language, for an Indian audience and about the Indian experience.

Mr. Patel unambiguously puts Manto’s writings in the category of Indian literature and in doing so, excludes the place of Pakistan in the formulation of the notion of Indian literature. Before Independence and Partition, about 70 years ago, there was no nation called Pakistan. So the difficult question of what to do about the literature from the region now in Pakistan, before the nation existed, whether to call it Indian or to call it Pakistani, does not seem to occur to Patel.

He also forgets that a national identity is an artificial construct, not a natural one. His scheme of classification is simple – writings are either Indian or Pakistani.

Also read: Why Did Manto Really Leave His Beloved Bombay for Pakistan?

He also gives reasons why Manto might be mistaken for being a Pakistani writer. He mentions that Manto wrote in Nastaliq script and this script has recently become a foreign script for India, that it was used frequently by Panjabi people before Partition. He does not offer any explanations as to how it became a foreign script. He carefully omits mentioning that Nastaliq script was used to write Urdu, rather stating that Manto wrote in simple Hindustani. In short, he seems to believe that by ignoring inconvenient details and by emphasising convenient ones, one can keep the Indian-ness of Manto and avoid his ‘abduction’ by Pakistan.

Of course, Pakistan has its own Aakar Patels. They must have firmly put the emphasis on how Manto’s last seven years were spent in Pakistan and how he was a Muslim and therefore might have concluded that he was a Pakistani writer. These same people might have been behind the posthumous award. If one searches the English version of Wikipedia, one finds that, indeed, Manto was a Pakistani writer. If the Hindi version (with the Devanagari script) is used instead, though, there is no mention of Manto being either Indian or Pakistani.

Mr. Patel does say that Manto was a great Indian writer. This is a matter of geographical identity, to an extent; even though Manto didn’t die in India, the major portion of his life was spent in a region politically and geographically called India. Nevertheless, to Mr. Patel, the important thing is that from a cultural perspective Manto was ‘Indian’ and so the literature produced by him should be described as Indian literature. 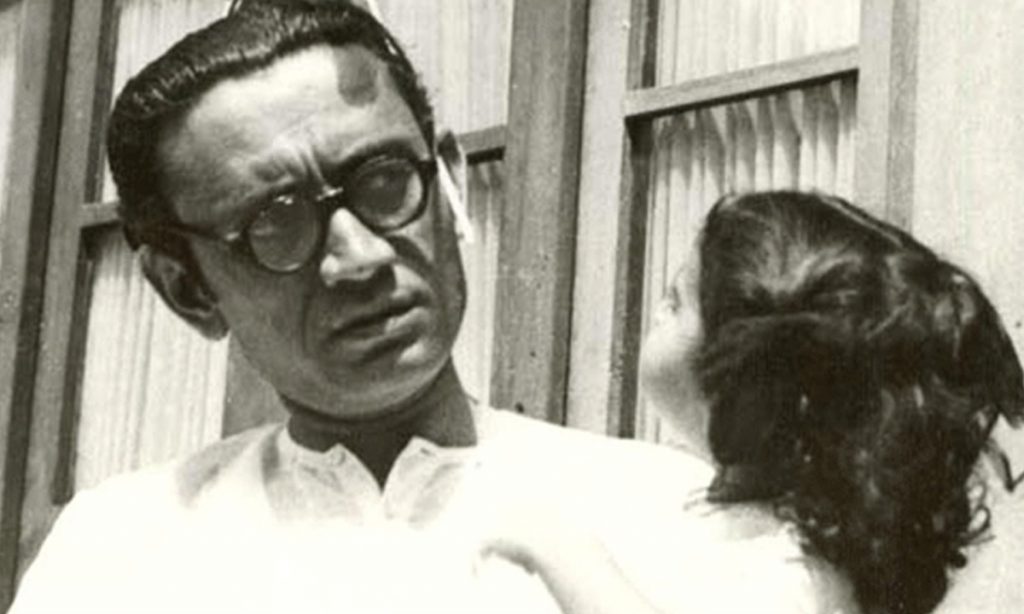 Using Manto as an excuse, we may look at the concept of ‘Indian literature’. This is an important concept from the point of view of literary studies, especially comparative literature. If we look at the details, we find the same process of nailing down the identities of writers to the cross of politics.

Also read: ‘Manto’ Is an Unflinching Account of a Man’s Descent Into Paranoia

The concept of ‘Indian literature’ isn’t that old. It has its origins in the struggle against colonialism and in the construction of a national identity. It values a sense of integration formed from cultural traditions and value systems; while preferring to ignore linguistic differences.

At its foundation is the cultural programme of forming a political sort of national integration, which assumes the existence of some essential and fundamental trans-historical components of Indian-ness.  This is an attempt to capture the essence of ‘Indian culture’. Of course, when such an attempt is made, it puts stringent constraints on cultural multifariousness and it is clear that any such cultural variety is then considered false, misleading and transient. The objective of this programme thus becomes the uncontested rule of a centralised, homogenised identity which leads to suppression of conflicting contexts in the formation of tradition.

​This ‘ruling’ Indian identity is undoubtedly Hindu in character. Once ‘Indian literature’ is defined as that which aims at probing some essence or unchanging core of culture,

Literature promulgating dissenting views, even if written in the geographic extent of India, can be rejected as non-Indian literature. The latter could be literature expressive of a critical outlook towards Indian culture or seeking justice against the inequalities inherent in Indian culture or literature which simply refuses to adopt the hegemonic attitude described above. In this, not only do we lose the regionality of culture but also any dialogic ties with foreign cultures.

Manto’s Marxism or Western feminism or Dalit literature can’t be included in this definition of Indian literature – they are either declared to be unworthy of inclusion in the sanctum of Indian culture or their de-fanged, diminished, “Indianised” versions, with the veneer of cultural unity, are peddled into the academic market.

Those writers who try analysing culture, experiment with admixtures of differing cultural spaces are reviled, like Bishan Singh from Manto’s Toba Tek Singh. They don’t find a place on either side of the dividing line. In the same way Bishan Singh doesn’t understand how the village Toba Tek Singh, while still being exactly where it has always been, can now be included in Pakistan or India; these writers don’t understand the boundaries placed on their creativity by political schemes.

Their politics of freedom instead values pushing against these contracting boundaries. In Toba Tek Singh, Bishan Singh has the no-man’s land as a place to die in, which no country owns. Even these free spaces are now being strangled by electric fences.

Certainly, Manto must be considered as a forefather by writers facing such constraints, no matter the country they hail from.

Harishchandra Thorat is a Marathi literature critic. This article recently appeared as an editorial for the Marathi magazine Mukta Shabda.