In 'Rupture, Loss and Living: Minority Women Speak about Post-Conflict Life', K. Lalitha and Deepa Dhanraj bring out the voices of Muslim women targeted during riots. 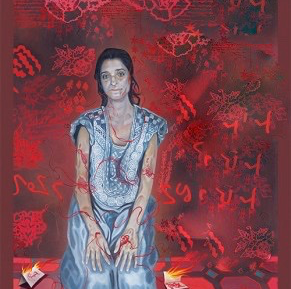 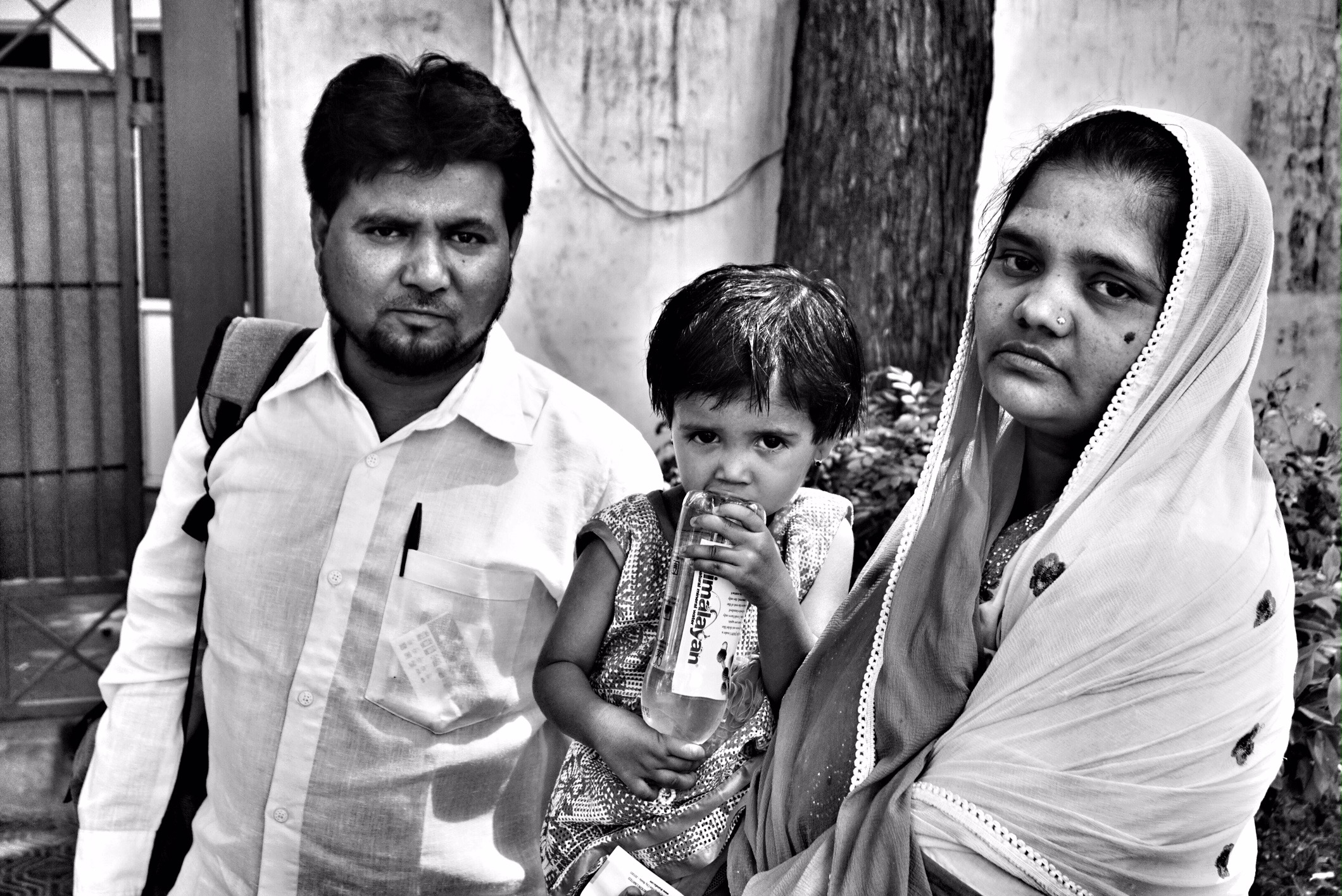 On May 4, 2017, the Bilkis Bano gangrape case was in the news again, when the Bombay high court upheld the lower court’s order of life imprisonment for the 11 convicted persons in the gangrape. It also rejected the acquittals of five policemen and two government doctors accused of covering up evidence and testimonies. The order has been hailed as ‘historic’, the first time that state complicity, that of the police and the doctors, has been clearly acknowledged by the judiciary, even if the sentence is a mere three years.

And to get this delayed justice, it took 15 years.

Justice continues to be both delayed and denied for scores of other women subjected to communal violence of one kind or another in India. Rupture, Loss and Living: Minority Women Speak about Post-Conflict Life is a collection of narratives about such women. The book is a collection of essays, transcribed from three decades of interviews with women in Mumbai, Hyderabad and various places in the state of Gujarat. In 1992-93 in Mumbai; during 1983, several times over the 1990s and in 2003 in Hyderabad; and in 2002 across Gujarat, Muslims were the target of Hindutva violence in which thousands died; many more were rendered homeless and most, in addition, lost their livelihoods overnight. 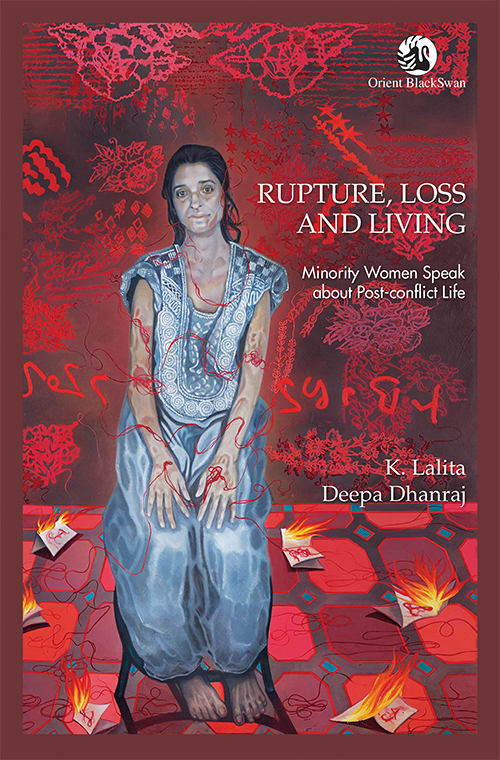 Since communalism and sexual violence go together, scores of women became targets of vicious attacks. The number is uncertain because of unreported or unregistered cases, but in Gujarat alone it is estimated that at least 250 women were gangraped during the 2002 violence.

In Rupture, Loss and Living the women speak of loss of all kinds. The book is divided into four sections – ‘I Began to See the World for What it is’, ‘Loss and Trauma’, ‘Negotiating Survival and Livelihood’ and ‘Claiming Accountability, Seeking Justice’ – exploring overlapping themes and the complex nature of negotiating both the immediate distress and the long-term damage of violence. The voices featured in the work, across 19 narratives, come from different classes of women and both rural and urban locations. (The editors interviewed 75 women, but could only include so many essays in the collection due to publishing constraints.) The collection is a notable addition to the tradition of using oral history as a political tool.

A couple of chapters into the book, I wished the narratives had been edited better, perhaps condensed. As I continued to read on, however, I realised that transcribing the narratives and staying as close as possible to the actual tone even while translating the language was what made the essays so powerful. When you speak, you repeat yourself, you sometimes seem to contradict what you said earlier, but it’s harder to dissemble and your words have the sound of truth. And, as is often the case with the truth, it is hard to hear.

There is very little homogeneity in the narratives and their narrators. And this is the strongest point of the collection: it presents the voices of women young and old, educated and illiterate, those who see their suffering and loss as ‘destiny’ and those who are fighting for themselves and others.

Reduced to one identity, attacked by strangers or neighbours

There are common threads, obviously. A lot of the women sound perplexed by their identity being reduced to one thing: religion. Sophia Khan, a lawyer and social activist in Ahmedabad, says of her post-2002 world,

She seems to finally accept this involuntary labelling and in fact turn that into a positive thing, although for a while, she says, she had to become Sonia Sharma to continue her work.

In each narrative, you also find the women baffled by strangers attacking them, or worse, those they considered friends turning on them. Gauhar Sheikh, a Mumbai resident, says,

“I don’t know where the communal hatred came from after the Babri Masjid was demolished. We lived together for so many years! There was no enmity! Our children also did not fight. I don’t know what kind of devil got into them at that moment! They just murdered them, threw them into a fire and burnt them!”

Sheikh is speaking of neighbours who brutally killed her three brothers and her mother in suburban Khar. One brother was hacked to death, the other two brothers were burnt alive, along with their mother, whose fingers were first cut off. How does one come to terms with this level of viciousness coming from people you grew up with? Sheikh says she went mad for a while and only the ministrations of her young children brought her back.

She also decided to fight back. It took 12 years, but with help from prominent civil society members, she managed to get monetary ‘compensation’ for her brother’s widow and his children.

There are other women who have fought and continue fighting. Fatima is a middle-aged woman living in Godhra with her husband and their two sons. The family is modestly well-to-do. Fatima was involved with the Godhra Relief Camp and then the Godhra Relief Committee – incidentally, the only relief committee to have any women members – from their inception. She and another committee member, Rahima, helped many women file and fight cases.

In one of the cases, Fatima identified and helped a young 19-year-old girl who had been gangraped by a mob and 14 of her family members killed. This included her two-year-old daughter and her mother, although the number doesn’t include her unborn child who did not survive. Fatima helped the girl get medical assistance, lodge a complaint, reunite with her husband and fight her case. This young girl was Bilkis Bano.

Fatima continues helping the families of those detained under POTA, organising monetary and material aid as well as helping them make sense of the legal proceedings. It’s a long road. The narratives may be about a ‘post-conflict’ world, but the fight is far from over.

Sabah Hamid is a part-time reviewer and full-time reader of books. She lives in Delhi.