Review: Those Magnificent Women and Their Stories That Must Be Told

Minnie Vaid's new book, which profiles some of the women who took India to Mars, is a welcome addition to the popular literature on Indian spaceflight and provides interesting insights into the narratives of space missions.

On Independence Day last year, Prime Minister Narendra Modi announced plans to send Indian astronauts to Earth orbit by 2022. It came as a surprise to most – but what shouldn’t have surprised anyone is that V.R. Lalithambika was going to lead it, a gentle yet momentous reminder that the Indian Space Research Organisation (ISRO) wasn’t what it was only because of its men.

In the last decade or so, women have been assuming increasingly higher positions inside ISRO’s various missions and centres. This was not an overnight development. Minnie Vaid’s latest book, Those Magnificent Women and their Flying Machines, highlights the journeys of these women.

The book’s language is lucid and eminently accessible. Vaid successfully breaks down all the jargon, leaving the text free of technical barriers. It is a welcome addition to the popular literature on Indian spaceflight and provides interesting insights into the narratives of space missions.

It kicks off with ISRO’s successful Mars Orbiter Mission (MOM), promptly noting that women made up 27% of key executive positions. How did these woman pursue a career in space? What methods did they use to cope up with intrinsic societal biases and family pressures? Do their families actively support them? How do the women manage spending time with their children and loved ones? Do they get equal professional opportunities? Vaid presents answers to these and other questions in a series of interviews with several experienced ISRO women scientists from around the country.

Also read: The Women Who Helped India Reach Mars On the First Try

It is both surprising and not surprising to be reminded that India’s working women are not spared the usual expectations about “striking a balance”, whether they are sportswomen or spaceflight engineers. For example, Valarmathi, project director of India’s first indigenous radar imaging satellite RISAT-1, describes her routine thus:

My husband [was] a bank official and travelled a lot, so I had to take care of my two children also. I would delegate work to various people in the office till seven or eight pm, so that it would go on even in my absence. Then I would drive home and see to my children’s homework and meals. We would dine together, I would instruct them to read and sleep. And I’d drive back to the office relaxed and work with renewed energy till one am. Next morning, I’d drop off the children to school and be the first to begin work.

This is back-breaking. Many of the women profiled in the book say they were able to succeed because of support from family, and not in spite of the demands. Minal Sampath, in charge of system integration for MOM, had to frequently travel between Bangalore and Ahmedabad when the spacecraft was being tested. Vaid writes:

As soon as testing for MOM at the [U.R. Rao Space Centre] got over, Minal would rush home, taking the first available flight at any hour of the night. ‘My son was very young at the time, just three or four years old, so I was needed on the home front as well. At one time, when he was ill, he wanted his mother beside him. But I consider my payloads to be my children too, and I was needed there as well. Fortunately, since we live in a joint family, my husband and in-laws came forward to help. My mother-in-law, in particular, is very active and helped out a lot. She still does, every day,’ she says appreciatively.

Having said that, all of these women praised the absence of any significant gender bias in ISRO, at least in terms of professional opportunities. A recurring theme across interviews is that women in ISRO are expected to work as hard as anyone else, but this expectation – equitable as it sounds – also took time to evolve.

Seetha Somasundaram, the director of ISRO’s Space Science Programme (which yielded Astrosat) and its member since its inception over 30 years ago, said:

In the 1980s, when I joined ISRO, there were very few women in the engineering and science groups, so seniors questioned whether women would be able to handle the rigour involved in this work. They believed that women would work for limited hours because they needed to go home. They would not stay back if there was a problem. They would not be committed. Gradually, the women who joined ISRO dispelled that feeling. 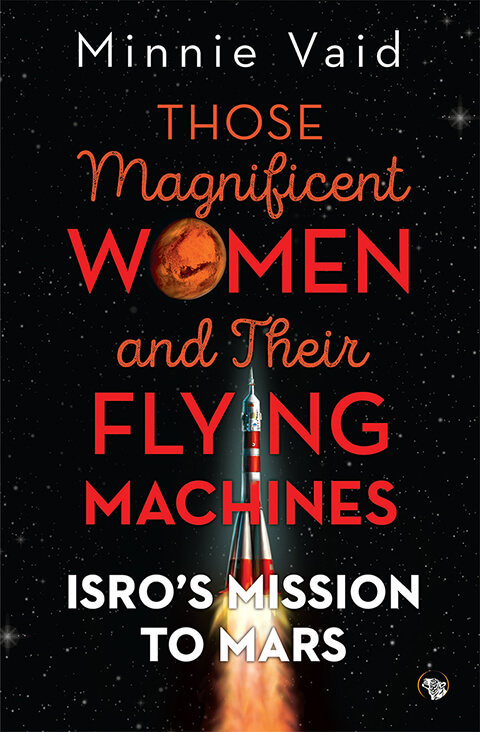 MOM was also special because it shattered the stereotypical image of a scientist in India’s public consciousness. The mission’s social media presence allowed the country to see women space scientists upfront for the first time, that they were regular people with regular lives. Those Magnificent Women is an extension of these efforts.

At this point, Vaid pops the obvious question. If the situation has drastically improved, with women now leading several top positions across all ISRO centres, why hasn’t the organisation had a chairwoman yet? All of them had the same answer: that it is only now after all these decades that women scientists comprise a high volume in ISRO. The base of the pyramid is now wide enough that the organisation could have a woman chairing it in the next decade or so.

The case is strengthened by the fact that all these women acknowledge a gender-neutral professional environment at ISRO, which they say is a part of the its work culture. Nandini Harinath, the deputy operations director for MOM and part of a NASA-ISRO collaboration project called NISAR, is appreciative of the fact: “At ISRO, no one really cares if you’re a man or a woman. As long as you deliver, they are happy.”

This is remarkable if true. And in wondering more about how this might have come to be, one of the book’s few flaws comes to the fore. It does not feature women in less-prominent roles within ISRO, who it is possible might have painted a different picture.

A second issue is that, as each chapter delves into women scientists working in different centres and on different missions, the last one intends to be climactic, describing a rocket launch. So it was disappointing to find no interviews from the women working on the rockets that power ISRO missions. Without the PSLVs and the GSLVs, India would not be the space power it often claims to be.

The book is also dry on the role of women in future missions. Vaid mentions the Gaganyaan project to launch Indian astronauts to low-Earth orbit a couple times and says that it is being led by an exceptional woman – but she doesn’t go further. It would have been inspiring for people of all genders to know more about Lalithambika’s journey within the organisation and the nature of her role in the mission.

In sum, Those Magnificent Women encompasses the stories of leading women scientists in the country’s premier (albeit only) space organisation. These are all stories that deserve to be told again and again, if only because the answers of people working in different fields could motivate younger people in the same fields, and reassure them that they are not alone in their struggles. Vaid’s book accomplishes this to some extent vis-à-vis the Indian space programme even if there is a bit of narrative drabness here and there.

For every man who thinks that women are meant to primarily look after their families and tend to children, there is a Ritu Karidhal, who works three shifts to launch interplanetary satellites, while her husband looks after the home front.

For every boss who feels maternity leave will not allow a woman to take on rigorous tasks, there is a Durga Darshini who goes directly from her office to the hospital for her child’s delivery.

For every chauvinist colleague who says that women cannot work 24×7 or travel at short notice, there is a Seetha Somasundaram who stayed up nights as the only woman to conduct optical astronomy experiments.

Also read: Dear Nobel Laureate, Your Words Matter Because Young Women Are Listening to You

Overall, the stories of these women – from the roots of their decision to pursue careers in spaceflight to discussions on pay parity and the domestic responsibilities they are expected to fulfil – will likely leave you in awe of them and their work.

As a male member of India’s space sector, I haven’t faced any of these issues, and for most of my life had been unaware of their existence, sometimes to the point of being dismissive. In this regard, Those Magnificent Women does well to lay bare the subtleties of gender discrimination and will help me as other books have be more empathetic and responsible.

It also prompted me to see the efforts of the women I work with (on the TeamIndus Moon mission) in new light. This is why I would particularly recommend Vaid’s book to my peers and colleagues in this sector, who otherwise may not consider the finer ways in which they – we – may be discriminating against our colleagues, intentionally or otherwise.

We need more non-men in STEM not just for a tokenistic sake of parity but because gender diversity allows STEM to benefit from different kinds of thinking, from ideas drawn from different social and cultural domains. And Those Magnificent Women is 232 pages of evidence.