Review | Reena Kukreja’s Book Focuses on Cross-Region Brides. But What About Local Brides?

One questions the direction the book 'Why Would I Be Married Here?' takes us – cross-region brides remain commoditised victims, their lives terrible and radically unequal to local women. 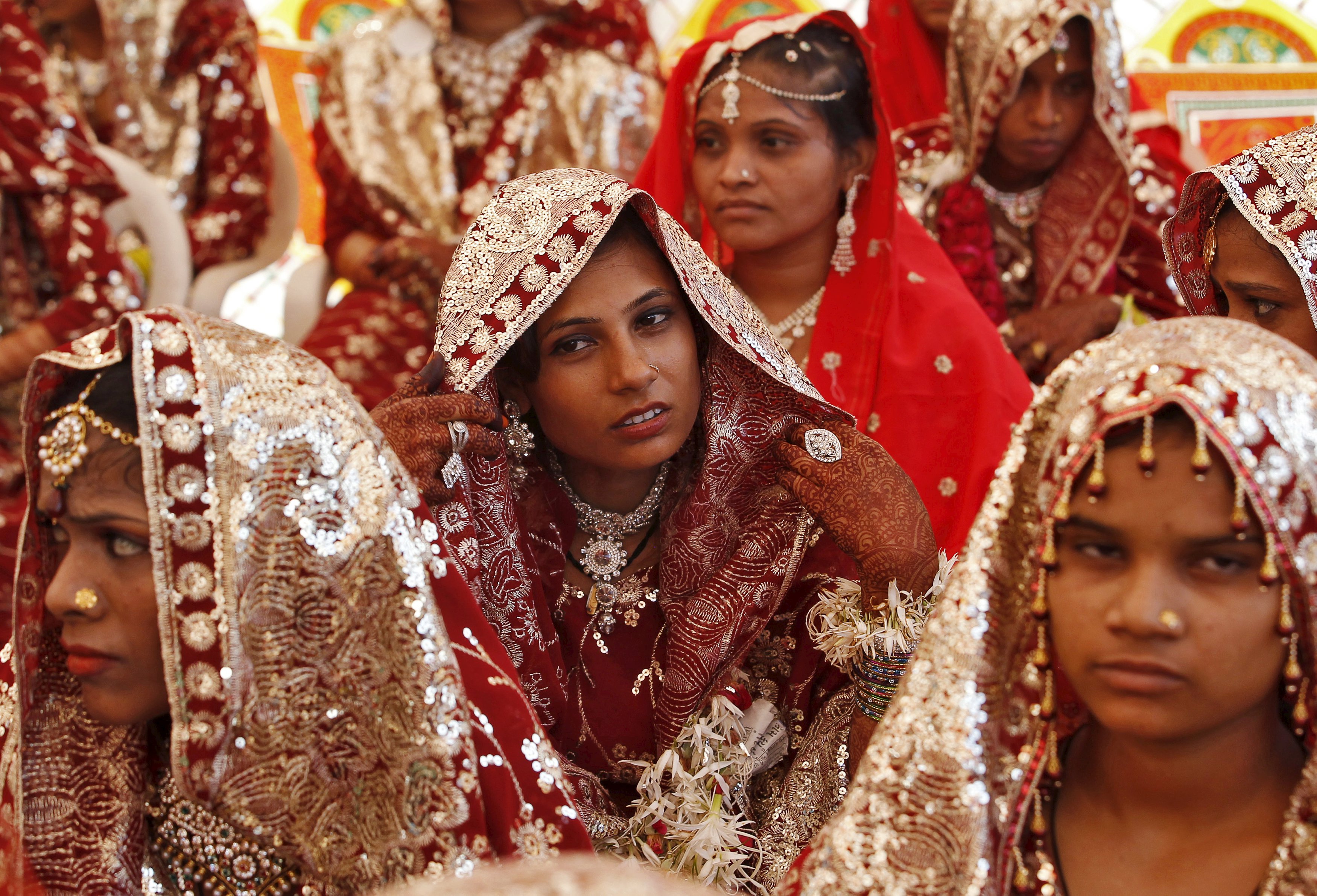 Reena Kukreja’s book, titled Why Would I Be Married Here?: Marriage Migration and Dispossession in Neoliberal India, based on several studies and surveys, talks about cross-region marriages, globally and in India, in which women move largely to – if not from – rural areas.

With the help of research on marriage and migration, it is learnt that migration of women is common across the societies where unequal gender opportunities and responsibilities persist. The out-marrying women most likely belong to the marginalised groups in their own society. For them, marriage is considered to be their path to social and economic survival, and/or a hope for a better life, despite unequal and hierarchical gender and intimate relations in the societies they move to. 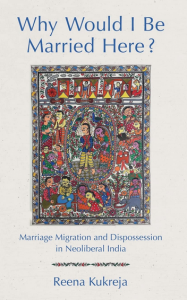 Why Would I Be Married Here? by Reena Kukreja. (Cornell University Press, April 2022)

Further, gender relations that are shaped in regional and global economic and political processes are exacerbating socio-economic inequalities, producing both ‘regular’ and new, long-distance marriages, in which the control of women’s productive and reproductive labour is at play.

These studies, including what’s mentioned in Kukreja’s book, focus on the factors giving rise to cross-region marriages, including social and individual motivations, the modalities of the movement such as mediators and transactions, the legal, ritual, and social status of the marriages and of the women who have migrated, and their lived experiences.

Caste and religion, the compulsions to enter non-normative marriages wherein social surveillance remains strong, and the nature of relations between affines – the families now linked by marriage – are specific themes in the Indian context. There are several studies on cross-region marriages – some of which are cited in Kukreja’s book – which include several districts of Haryana, east and west Uttar Pradesh, Punjab, and Rajasthan, and at least one district in south India. The ‘bridal’ source regions are in West Bengal and Kerala (and Orissa, as per Kukreja’s book).

In her book, Kukreja takes this work further, through the surveys, counting the total numbers of cross-region brides/wives, covering lesser-studied districts of Haryana and Rajasthan, and extensive interviews in the source districts. She proposes “an inter-sectional theoretical synthesis of feminist political economy and Dalit feminism”.

Stating that the phenomenon has been produced by “neo-liberalism” and “neo-liberal culture”, she wishes to frame the experience of cross-region brides by extending David Harvey’s idea of accumulation by dispossession to the “intimate sphere of marriage and family life for lower class rural women”. She sets this out over six chapters.

Discussing cross-region brides’ paid and unpaid work, coping strategies of the rural poor, and concurrent contours of caste/community relations and violence, she elaborates on why increasing numbers of men in Haryana and Rajasthan marry wives from afar. The chapter on parameters and compulsions of cross-region brides’ natal families, and the women themselves, in entering long-distance marriages debunks ideas that daughters are sold by uncaring families. They are pushed by growing pauperisation, an outcome of contemporary political and economic processes.

She joins other scholars in carefully taking apart the ‘moral panic’ around allegations of trafficking, stressing the multiple modalities and ambiguities in arranging cross-region marriages. The scales of transgression become visible, wherein long-distance marriages can hide the violation of caste endogamy, and are more acceptable than local violations.

The last two chapters focus on the lived experiences of cross-region brides. They become wives, but are marked by the “stain of the internal other”, particularly of caste, colour, and culture. They enter into difficult intra-household and community negotiations, which deny them these representations, and impose labour demands on them.

This is an extensively researched and important read for those interested in cross-region marriages. Unfortunately, despite much that the book has to commend itself, it does not fulfil its promises, some made more through assertion than analytical demonstration. In this article, I focus on a few issues.

The first is a common misstep in the discourse today: the neo-liberal shift in the state policy is taken as ab initio for everything unjust and unequal. Despite an occasional caveat that, of course, there were inequalities, poverty, patriarchal relations, and caste oppression prior to this, it is as if it is not class society and capitalism in themselves, but neo-liberalism that produces systemic dispossession, alienation, economic differentiation, and individualisation.

Not only is taking co-occurrence as a causal relation methodologically problematic, but her timeline is not in keeping with the “outcome of neo-liberalism” thesis. Studying social change requires a careful look at the past and the chronology. Published research on districts in Rajasthan, akin to those Kukreja studied, has found intense work demands on peasant women, a factor she highlights as necessitating a wife and straining familial relations, evident in the early 1980s and made by both natal and marital families.

Cross-region marriages were already increasing in the 1990s in Haryana, and prior to this, in Uttar Pradesh. With the growing non-household employment, intra-caste differentiation had been long developing, permeating the contours of caste endogamy, furthering the hierarchical and differentiated marriage market, and making marriage difficult for many people, particularly poor men and women. New mores meant that both men and women now refused to live in possibly polyandrous households, increasing the proportion and numbers of men who would marry and whom families often ignored.

Harvey’s formulation of accumulation by dispossession has furthered the understanding of processes in the spread of capitalist relations, intensified and accelerated by financialisation and the withdrawal of state services advocated in neo-liberalism.

Kukreja wishes to use this idea to understand the intimate sphere, arguing that we cannot rest our entire explanation of increasing cross-region marriages on the masculinisation of sex ratios. To do so, however, the dialectical relation between dispossession and accumulation, inherent in the formulation, must be established.

Who or what is accumulating when cross-region brides are experiencing multiple dispossessions of matrimonial choice? The men they marry are not accumulating for they have also been dispossessed of local matrimonial options. Is not the low status of the women who come from afar pre-given by the low status of the men they marry? Is it the men who can marry locally? Or is it the women whose families give larger and larger dowries?

Why not speak of the commoditisation of the men who can command increasing dowries rather than the women whose families must pay more or marry them afar? Why not see the possibility of cross-region marriages as an added, albeit unequal, path out of social stigma for men, and social and sexual stigma and pauperisation for women that marks singlehood in a context of compulsory heterosexual marriage?

In South Asia, the last point remains hegemonic and is largely “family-arranged” within caste and community endogamy and parallel marital payments, albeit none of these dimensions are static. Most women (and men) have no choice – structurally and culturally – to not marry or whom to marry, whether local or long-distance.

Kukreja seems to forget this, despite her notions of “compromised agency” and pointers on coping tactics of cross-region brides. One questions the direction the book takes us – cross-region brides remain commoditised victims, their lives terrible and radically unequal to local women.

Yes, cross-region brides move to contexts that are likely to be dramatically strange and harsh for them and this differentiates subjective experiences in local and long-distance marriage regions. But have the gender and domestic relations for local women who have married with large dowry changed so dramatically, their bargaining power so multiplied that they can refuse to labour in their marital homes as Kukreja asserts? A surprise for many observers, even those who argue that things have changed.

Opposite pulls in social relations, trends, and women’s agency in different groups in the same society and an increasing divide in society is something M.N. Srinivas suggested long ago. However, I fear that the conclusions here are marred methodologically.

From one group of women, cross-region brides, we hear their self-narrated experiences of difficulties and anguish and the rhetoric about them from local older women and men, mostly negative and/or prejudiced. We do not learn of the familial experiences of local, in-married brides through conversations with them, but by what the cross-region brides and others say about them – that they are now able to lord it in their marital homes.

How has she taken into consideration that interviewees also speak to the moment and what they think will grab the interests of interviewers; depending on that, everything can be bad or good in their or others’ lives? Critically, for a comparison, we must hear their own experiences of family practices from a range of local brides.

Kukreja elides her own statement that marriage (in this context) is a moment of traumatic rupture for any new bride. While natal kin support is particularly hard to access for cross-region brides, it is not forthcoming for the poor local women we hear little of and, as many sayings indicate, can peter out for the women who have married with large dowries and have ‘strong’ natal families.

Certainly, talk about the ‘other’, which reiterates racist/colourist, ethnic, and caste prejudices and their strangeness, which Kukreja elaborates, shape can have iniquitous implications for social and political relations, experiences, and subjectivities. Yet, I was struck by her constant denial of any genuine empathy and kindness for the cross-region brides by almost all local women; it was always instrumental. Within hardship and discrimination, cross-region brides build emotional bonds with their children, even their husbands, and local women – indicated by Kukreja and more so in other studies.

Should an intersectional Dalit feminist framework not take a closer look at poor and Dalit local women and the significant numbers of Dalit men recorded as marrying cross-region brides? Do the Dalit women married to ‘upper caste’ men acknowledge that they may have regional caste sisters experiencing similar difficulties and the loss of natal kin? The differences and directions of change in ideas, values, processes and social relations – caste, community, familial, work – cannot be seen or analysed without taking the multiple experiences, contradictions, complexities, and commonalities of the varied groups into account.

To understand them and the regional differences, one requires a sense of the social fabric (albeit hierarchical) of these villages and communities, in the present and the past. Other than a few ground-breaking and feminist histories – limited to Haryana – Kukreja relies on statements of her informants (largely ‘middle/upper caste’ in the destination areas), describing a rosy past in which “what ought to be” is compared to contemporary familial and social tensions.

More attention to the large range of sociological work, however flawed, on caste, gender, marriage, familial, and community relations in different settings across north India, factoring in their different times, could have enabled a nuanced and more substantive analysis of the dynamics and causalities of micro and macro continuity and change, commonality and difference in the relations and lives of unmarried women – local and cross-region.

In conclusion, it is important to emphasise that it is not just the flaws that compelled me to point to furthering the understandings of contemporary India, but the richness of this book that has provoked this discussion. As with any review, it cannot capture all that is in it.

Rajni Palriwala is a professor of Sociology at Delhi University.