Review: The Many Possibilities Within a Single Story

A follow-up to 'Autumn', Ali Smith's 'Winter' lays bare concerns about identity and image, politics and modern-day alienation, and memory and the act of remembering. 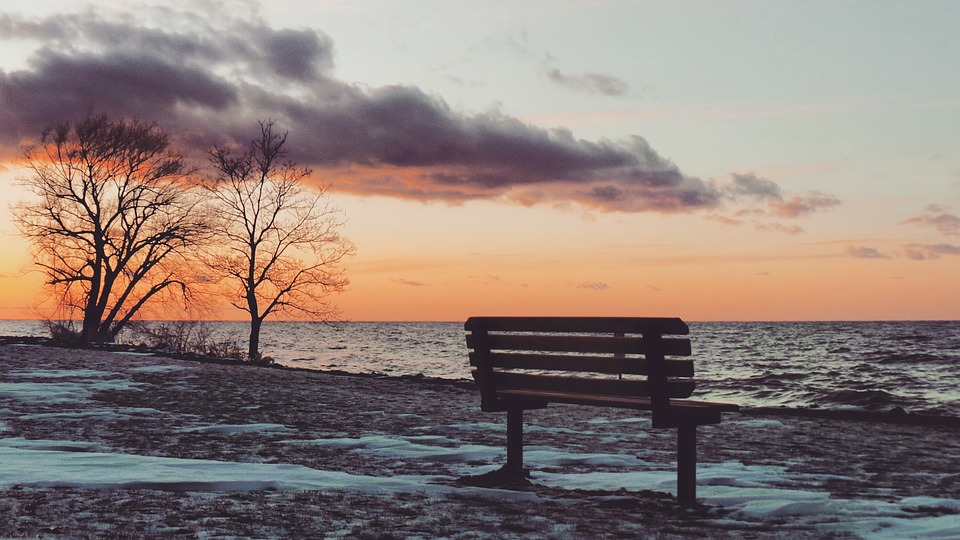 There is a pattern and a certain predictability in Winter; there is also a joyous lack of pattern and an unpredictability that grows on the reader. Winter follows Autumn, Booker-shortlisted last year and Ali Smith’s first in a patterned sequence of novels based on the seasons, a cycle of change noticeable largely in the worlds’ temperate zones.

Every Smith novel has a conflation of (one too) many things, lucidly fused in seamless, liminal and sometimes contradictory ways. One might see in Winter, Smith’s concerns about identity and image, politics and modern-day alienation, memory and the act of remembering, even ways of seeing and reading.

Smith plays on, and involves, the reader in various ways. There is a breathless quality to her writing, conversations begin randomly and very naturally – and Winter has several long conversations that often seem like playful philosophical soliloquies – and the reader is set a breezy, unblinking pace. Since much of the novel is about the internet era, the rush of images and words mirror the ceaseless, random churning in cyberspace. Yet timeless truths, told with drollness, can make a reader slow down in surprise.

For instance, this comes in the middle of a conversation on love between two of the book’s characters.

‘And what about love? the girl said. You gave it up. The love of your life.

That was easy, Sophia said. The love of my life made my life like, like, I don’t know. Like a double decker bus whose steering has gone wrong.

You couldn’t keep control of it, the girl said.

You turn the wheel one way and the vehicle goes quite another, Sophia said.

You took back control of your bus routes.’

Winter in Smith’s novel is now a subtly different season. The world is warming up, and it is far too green for winter. At home in Cornwall in southwest England, Art has a vision of the coastline breaking off, settling like a giant mud-encrusted rock over his head, then flaking off over him. While the others in the room are oblivious to this, the grit and grass Art finds in his hair and skin convince him that he isn’t delusionary, that the coast is indeed breaking off as the earth warms up. The mysterious appearance of the rock parallels the disembodied head, in the novel’s very beginning, that accompanies his mother, Sophy, everywhere. 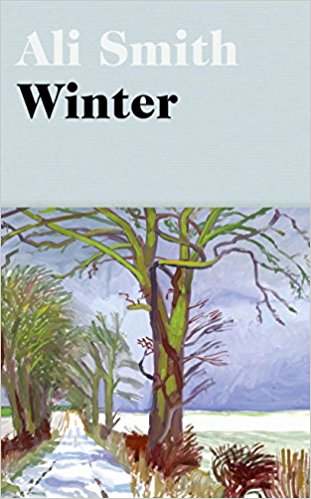 The head could be a symbol of (one too) many things again: Sophy’s hidden memories, or her need to find connection. But these magically realistic props, including the near-miraculous sighting of an unseasonal bird, the Canadian warbler on Cornwall’s coast, appear as a contrast to Christmas and its timeless themes in Winter.

In a time of disruptions, however, Smith insists that much remains unchanged. In Christmas, families still gather, memories are exchanged, past sins might be forgiven and promises are possible too. Old and new thus blend in Winter.

The four people in Winter couldn’t have come together in more disparate circumstances. Art, a blogger (the quintessential job for the present, and the future) about nature – about which he googles, rather than experiencing it first-hand – having been abandoned by Charlotte, his girlfriend, ‘hires’ a mysterious young person, who calls herself Lux, as a stand-in.

The waif-like and very self-possessed Lux could almost be a Haruki Murakami character (like Creta in The Wind-up Bird Chronicle). But in a strange, unpredictable way, she and Sophy (Art’s mother) come to understand each other; even see other with compassion.

This could almost be another Christmas cliché, just as there is pattern and predictability in the trust Art and Lux soon come to share. It is like the easy and very natural friendship Smith describes in Autumn; that between Elisabeth, who first meets Daniel, when she is only eight, and he’s already very old. Yet Daniel teaches Elisabeth to see beauty in the everyday; that lost objects never truly go missing.

Iris, Sophy’s estranged sister and Art’s aunt, makes up the fourth in this quartet. She brings in food and unwanted memories. In Winter, memories stretch to and encompass other Christmases and other winters. Throughout the novel, time moves in a convoluted way. Past, present and future never follow in sequence. Forgotten stories of people now dead are melded with forgotten histories, and narratives of bigger struggles waged for a better world. While we know how some stories will end – just as we know that Winter’s present is set in a xenophobic, post-Brexit, Trump-tweeting world – Smith writes of the many possibilities within a single story. 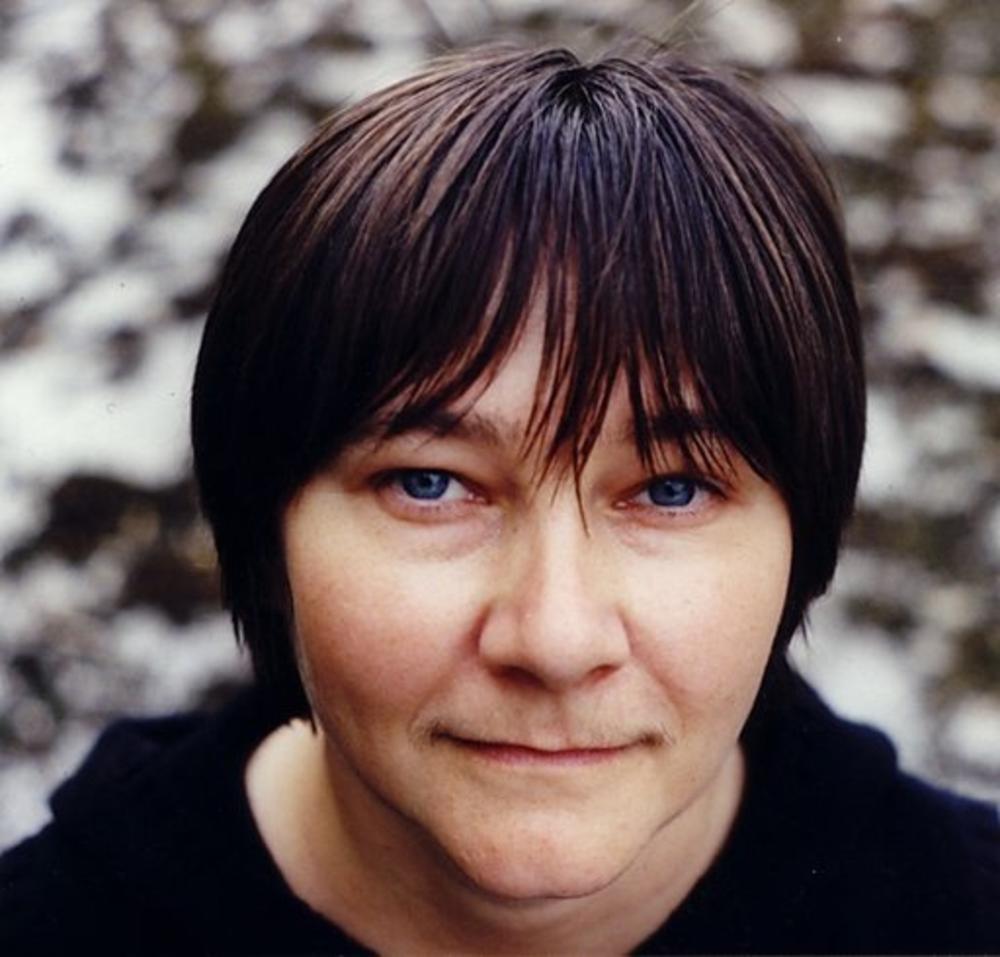 The past always offers, in retrospect, different interpretations and hope for the future. For instance, the story of the women’s peace camp at Greenham Common in Berkshire, to protest a missile base, which lasted for 19 years isn’t really forgotten. As Smith suggests, the women were mocked and even savagely ‘trolled’ by the military and press in the pre-internet era, but the camp’s message of peace still inspires other stories of hope. (This is almost a shout out to the #MeToo campaign of the present. Smith really leaves nothing much out.)

Winter is a quick read, and can seem flippant, but it conceals a deceptive brilliance. There is deception of various strands in Winter; one instance is Lux’s impersonation of Charlotte. But the eyes can see things, and the mind plays tricks as well. Memory too, is deceptive.

What Smith may be trying to get at is that sometimes deception, even of the self, is necessary so as to hide away, to avoid attention. Self-deception renders us strangers to our own selves. That in our hyper-connected world, where no one seems alone or remains truly ‘hidden’, it is in sudden conversations (possible in Christmas, to return to what is old-fashioned in Winter) that love may yet be found. That this love can be fleeting and disappear with no warning, if we have lived in deception for too long.