Review | History Flows for All: The War and its Aftermath in Sri Lanka

'Water is for All' by Duleep de Chickera poses some difficult questions about Sri Lanka’s past and the challenges facing its future. 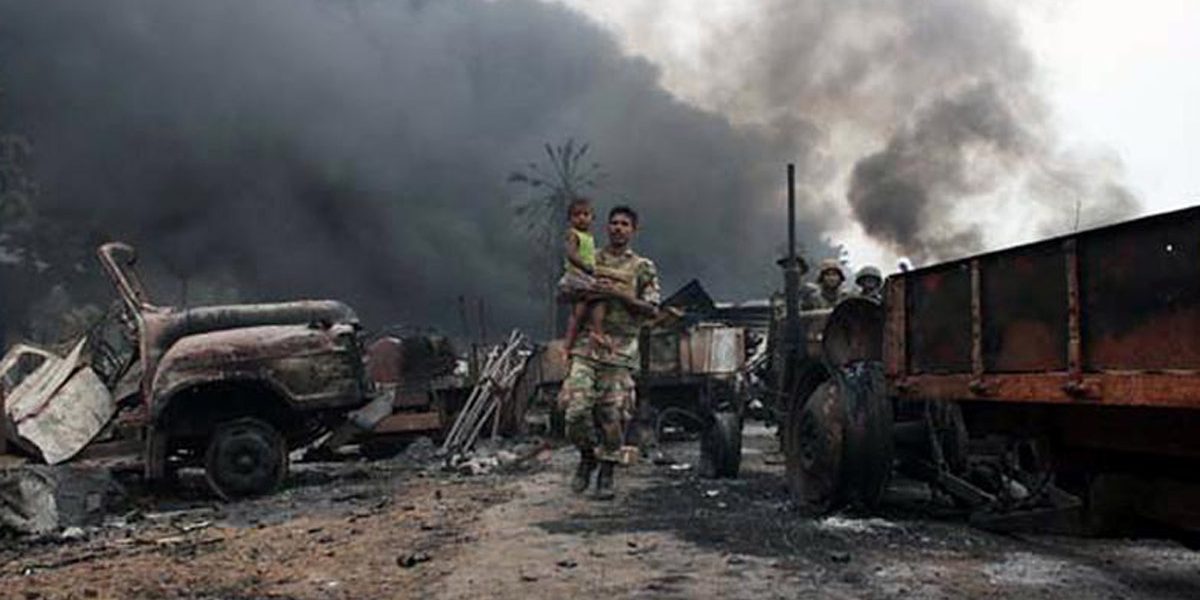 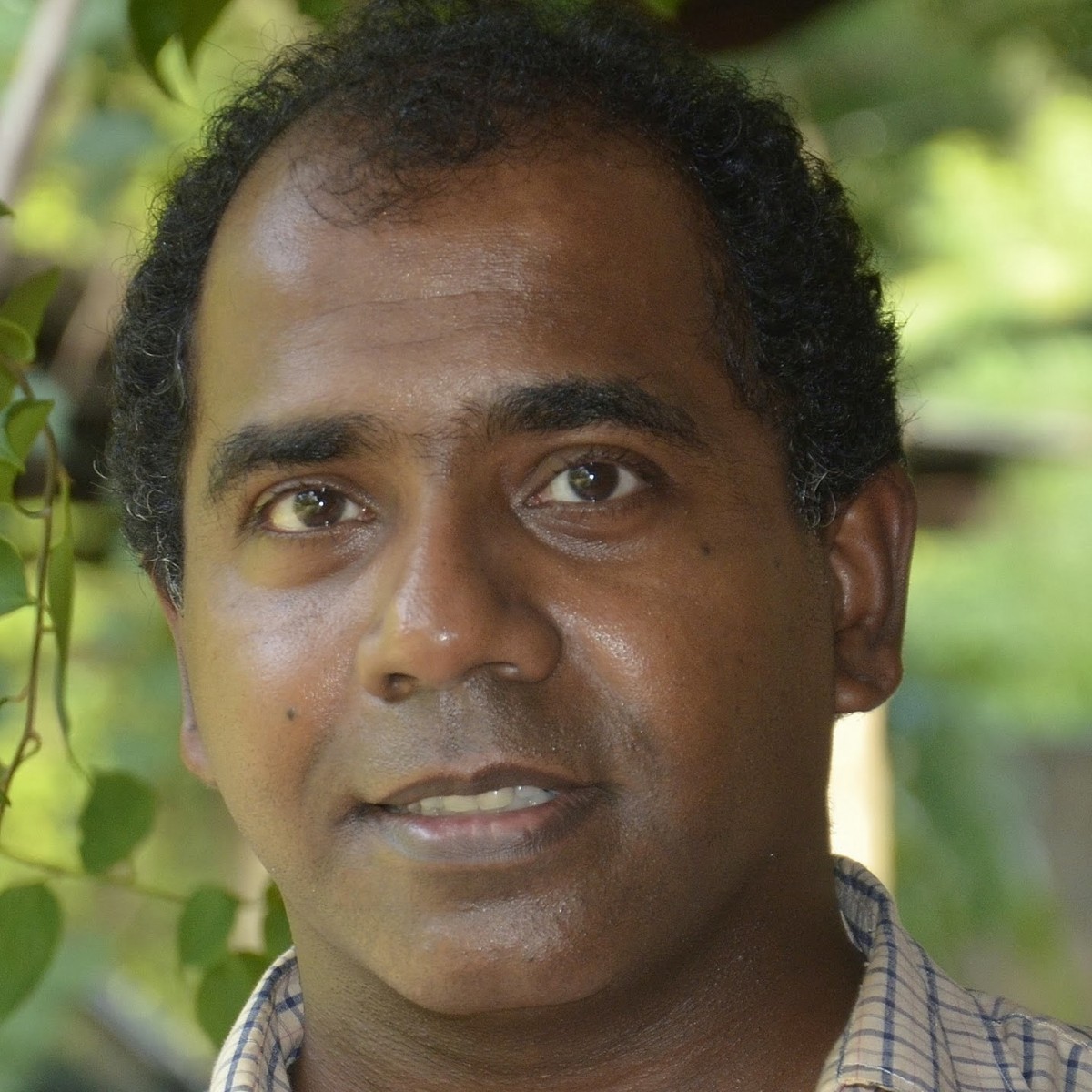 Ethnic and religious polarisation have been spreading in South Asia and afar in recent decades. Sadly, sections of the intelligentsia and the clergy have also been fuelling divisive nationalist forces and xenophobia.

A welcome counter to this trend are Bishop Duleep de Chickera’s thoughtful and inspiring reflections compiled in Water is for All, which raise difficult questions about Sri Lanka’s past and the challenges facing its future.

In the spirit of de Chickera’s work, one could claim history is for all. History should not be the captive of historians, including with their periodisation of war and post-war and the privileging of acts by the powerful, rather, history flows with various ideological currents and narratives that should be the subject of critical reflection to shape the future.

And in this work, it is the struggles of people in times of war and its aftermath, through tragedy and disappointments, in hope and in despair, which are the subject of the epistles to his church and communications to the broader world. These courageous and consistent interventions during some of the most challenging times in Sri Lanka form the public theology of de Chickera. 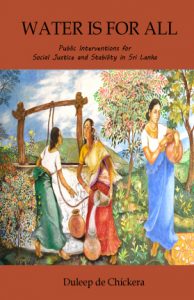 Water is for All
Duleep de Chickera

Water is for All consists of writings between 2002 and 2017, during both de Chickera’s tenure as Bishop of the Colombo Diocese of the Anglican Church and in the years after as he continued as a member of two organisations that sought to engage state and society on the direction of the country; namely the Congress of Religions and the Friday Forum.

The publication of this work coincidentally weeks after the recent Easter attacks and the ongoing backlash, is a refreshing source for coexistence as the country again faces tumultuous times.

Soon after the end of the war, as with other major events that affected Sri Lanka, there was a flood of writings including by international journalists and scholars. Indeed, we live in a time of sound bites and marketable commercial publications. Those writings approach problems and crises as if they will run away, and a profitable return on the product may be lost.

In contrast, Water is for All comes a decade after the war, when the people about whom and for whom it is written have had their own time to reflect. A work spanning eight years before the end of the war and eight years after the war, the text is a critical check on those writings that merely seek to capture an encapsulated narrative of the war and its end; which has been the preoccupation of both the nationalists who mobilise around the history of the war and of the international peace and conflict industry that consumes cases of Third World tragedies.

It is also fitting that the culmination of this painstaking engagement of over close to two decades is a work published by the Ecumenical Institute for Study and Dialogue. This wonderful small centre led by Marshal Fernando, has over the decades been a space for discussion and reflection for generations of thinkers and activists committed to social justice. And its many publications have sought to record much neglected progressive perspectives and experiences.

Water is for All is part of an insightful broad archive of the war and its aftermath for ordinary people. It belongs with works like The Broken Palmyrah by the University Teachers for Human Rights (Jaffna), a work written by four academics from Jaffna during the thick of war in the late 1980s, where they recorded the sufferings of ordinary people even as they warned against the dangerous direction of Tamil politics. That committed work cost the life of the young Marxist feminist and medical doctor Rajani Thiranagama.

Then there are diaries of the Dutch missionary Ben Bavinck, who secretly recorded developments during his efforts at humanitarian relief from 1987 to 1994 and then when he lived in Jaffna for the next decade until 2004. His daily records were published some years ago in two volumes titled Of Tamils and Tigers. Water is for All is also such a work taking risks in the interest of the people with prophetic warnings.

Themes for our times

The themes in the work range from opposing liberalisation, challenging the moves to reinstate the death penalty and solidarity with the Rohingya refugees from Sri Lanka who were evicted by goons. The attacks on the media and draconian legal measures pushed for political expediency are challenged by timely interventions. The many manoeuvres of the regimes in power to twist the workings of the state in the interest of the powerful are condemned.

Early on in the work, a statement on Independence Day 2002 reflects a commitment to the marginalised:

“The basics of life must be made available to all. Uncongested shelter, clean running water, electricity, toilets and wholesome food on the table are basic rights that cannot be denied the many any longer. … The needs of the powerless much be highlighted. Just economic policies for the voiceless must formulated and implemented forthwith. … We are also to be vigilant that unbridled liberalisation of the economy can and does lead to social hardship for many and class polarisation.”

In this way, de Chickera seeks redress from structural violence with a commitment to social justice. Furthermore, he confronts brutal violence during the war and repression in its aftermath, with impartial interventions. From his pastoral visits amidst the dangers of travel during the war, and from communications of those affected by the war, he amplifies war affected people’s concerns. Condemnation of assassinations, horrendous massacres by the security forces, the LTTE’s ruthless killings civilians including those Tamils who sought to flee the war zone and the despicable practice of child recruitment, are all recorded forthrightly.

From his position as a Church leader, he cannot merely record events, but also has to engage those in power, to pressure them to change direction. And in this endeavour he has been a bridge builder among religious and ethnic communities, uniting those he can in the cause of the powerless. When his warnings are not heeded, his statements become words of protests on behalf of the oppressed.

Water is for All speaks so much to our times. There are a number of Easter Sunday messages from the past, even as we are confronted by the recent Easter attacks and the backlash. Here is one such example from 2007 Easter Sunday titled, Hope in Despair.

“This year we celebrate Easter, the festival that commemorates the resurrection and new life in Christ, in circumstances of death and despair. The East has become a full blown battlefield. The culture of killings, abductions and child conscriptions which have been the order of the day is now more intensified with aerial bombings, multi-barrel shelling and claymore mines. … This unabated continuation of violence and human suffering suggests that our national crisis is in fact a crisis of integrity. It did not happen overnight but has developed over the years. We are inheritors of a tragic tradition of populist and insensitive political strategies that intimidate and dehumanise people and communities. There has been no end to the intrigue, manipulation and corruption within the ranks of the powerful. Privilege and authority continue to be brazenly used for personal or sectarian gain and to protect and justify corruption, waste and the violation of the rights and dignity of others. Those with a mandate to unite the people in a healthy and free democratic environment divide and rule through a counterproductive political culture.”

For the recent generations who increasingly have a short memory, such powerful records can rekindle memories about the devastating past and trigger questions about a worrying future. Drawing on such experiences from the past are critical to reclaim a just future that has again and again proven elusive.

There is much in Water is for All as Sri Lanka faces dangerous times after the Easter attacks; chauvinist forces are holding the country to ransom, even as they demonise and mount attacks against the Muslim community. It is ultimately a call for co-existence with other communities, to speak out for those living in fear and to find our own forms of protest on behalf of the oppressed.

Ahilan Kadirgamar is a member of the Jaffna People’s Forum for Coexistence and Senior Lecturer, University of Jaffna.