In 'Garibaldi in South America: An Exploration', author Richard Bourne offers a detailed account of Italian military general Garibaldi's life, and how he later came to be known as a 'hero of two worlds'.

Giuseppe Garibaldi (1807-82) began his colourful career as a fugitive after a failed naval plot against the Piedmont King, for which he received a death sentence, and his flight took him in a roundabout way to Rio de Janeiro in 1835 at the age of 28. In Italy, he had been inducted into the underground Young Italy movement led by Giuseppe Mazzini for a united democratic republican Italy, and he was soon to become an active participant in the ever-shifting loyalties of the big and small South American brutal wars as new states were being created out of the ruins of the Spanish and Portuguese colonial empires, and boundaries were drawn and re-drawn through conflicts, local revolts and “chameleon figures who changed direction several times”.

Garibaldi first involved himself as a sailor for the Spanish-speaking Rio Grande (a separatist area in Portuguese-speaking Brazil) and later for Montevideo in a multi-faceted war in what is now Uruguay. In Brazil, he met widow Ana (Anita), his wife and fellow campaigner to be. He was then 32, she was 18, and they married in a church in Montevideo in 1842. She bore four children and died in Italy in 1849, still less than 28 years old. 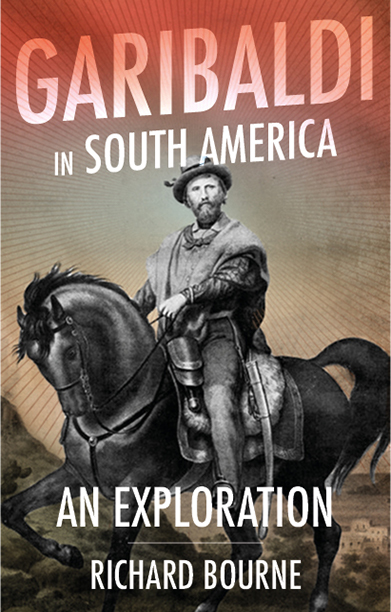 In Rio Grande, the majority population was mestizo (a person of a combined European and indigenous American descent), together with 30% who were in slavery. Garibaldi’s function for the so-called republic of Piratini in 1836 was to capture Brazilian vessels. After five years, the republican rebellion was not prospering and eventually was to peter out in 1845, but Garibaldi moved to Montevideo in 1841 where there were 6,000 Italians out of a population of 42,000, and the struggle was between warlords and private armies. In greatly simplified shorthand, from 1843 to 1851, Oribe laid siege to Montevideo along with Brazil and Argentina and was resisted by Rivera within the city and assisted in defying the siege by France and Britain who sought their own interests through trying to enforce freedom of trade and navigation in the Plate basin and the rivers Parana and Uruguay.

In this melée, mercenaries from Scotland, Germany, Spain, Austria, Ireland and America were fighting on every side and never consistently. Garibaldi threw in his lot with Rivera and created a small force of ships to harry the opposition, but he was obliged to fight on land as well as water, suffered capture and torture, and at times was obliged to live in hiding. Sometimes he was victorious, sometimes defeated, at other times the conflicts were indecisive, but then and later, author Richard Bourne writes that Garibaldi survived “a lifetime of close shaves”.

In 1842, Garibaldi took charge of a small fleet and soon established an Italian Legion with a few hundred men recognisable in their redshirt livery. In due time, he was appointed commander-in-chief, but for only a few weeks due to his ‘outsider’ tag. He had by then fallen out with the French and British navies and their business interests in the city, and by 1847, the tide was turning against Montevideo. Garibaldi was disillusioned by the endless politicking and induced to return to Europe in 1848 by the arrival of an initially liberal Pope Pius lX, the urgings of Mazzini and an appeal by King Carlo Alberto of Sardinia and Piedmont, who had himself earlier sentenced Garibaldi to death.

In the year of European revolutions, the pope fled Rome and a short-lived Roman republic was declared in 1849, but the city was retaken by the Bourbons under Louis Napoleon. Making common cause with Cavour, Mazzini and King Victor Emmanuel but feeling frustrated, Garibaldi worked in a candle factory in New York in 1850 and then went back to the sea from 1852-54.

The Italian peninsula was at the time controlled by eight different states including the Papal States. The idea of a unified Italy may now seem obvious but the notion had to be sold to those who had lived for hundreds of years in separate states with their own laws and dialects and deeply embedded with conservative Catholicism. Garibaldi’s main contribution to unification was with his Thousand Redshirt followers with whom the liberation of Sicily and Naples from the Bourbons was achieved in 1860. This was the apogee of Garibaldi’s reputation and Rome became the capital of Italy in 1871.

Bizarrely, as evidence of Garibaldi’s opportunism, he offered to fight for Bismarck’s Prussia against France in 1870 but then allied with France along with his two sons Menotti and Riciotti for his final campaign. He found himself increasingly at odds with erstwhile allies Cavour, Mazzini and Victor Emmanuel and retreated to Caprera off Sardinia from 1871 to 1882. Elected to seven parliaments, he rarely attended. He married twice more after Anita’s death. Admired by George Sand, Victor Hugo and Alexander Dumas, he was awarded the freedom of the City of London and Abraham Lincoln requested him to fight in the American civil war but he insisted on the status of commander in chief! Later he was invoked as an inspiration for early Indian nationalists against the British Raj.

Garibaldi’s forte was in evoking loyalty, moulding untrained volunteers into an effective army with a ruthless commitment to victory. His forces were invariably outnumbered and his Redshirts more often than not ill-equipped and ill-shod, little more than cannon-fodder. Assembling the aspects of Garibaldi’s complex and often contradictory character, he was poorly educated but a keen reader, an anti-clerical Freemason, brave and fixated on a unified Italy, but also vain, promiscuous, insubordinate, unpredictable and a poor administrator. He detested slavery, but did not see the emancipation of the indigenous people in South America in the same light. A corsair, pirate and soldier of fortune, he was austere, teetotal, living on fruit, bread and cigars.

The Redshirts inspired the later Fascist Blackshirts, and Garibaldi was regarded by some as a person of questionable faith who had taken arms against the pope and had ended the rule of the papal states. It is one of history’s ironies that Garibaldi ‘could have been cut down or shot a thousand times’ but died of natural causes. Had he not returned to Italy and played a role in the Risorgimento, he could never have been described as ‘a hero of two worlds’ but been at best a footnote in the multiple brutal conflicts in the making of states in South America in the 19th century. In fact, of the couple, the combative Anita is remembered more in Brazil, and Garibaldi in Uruguay. 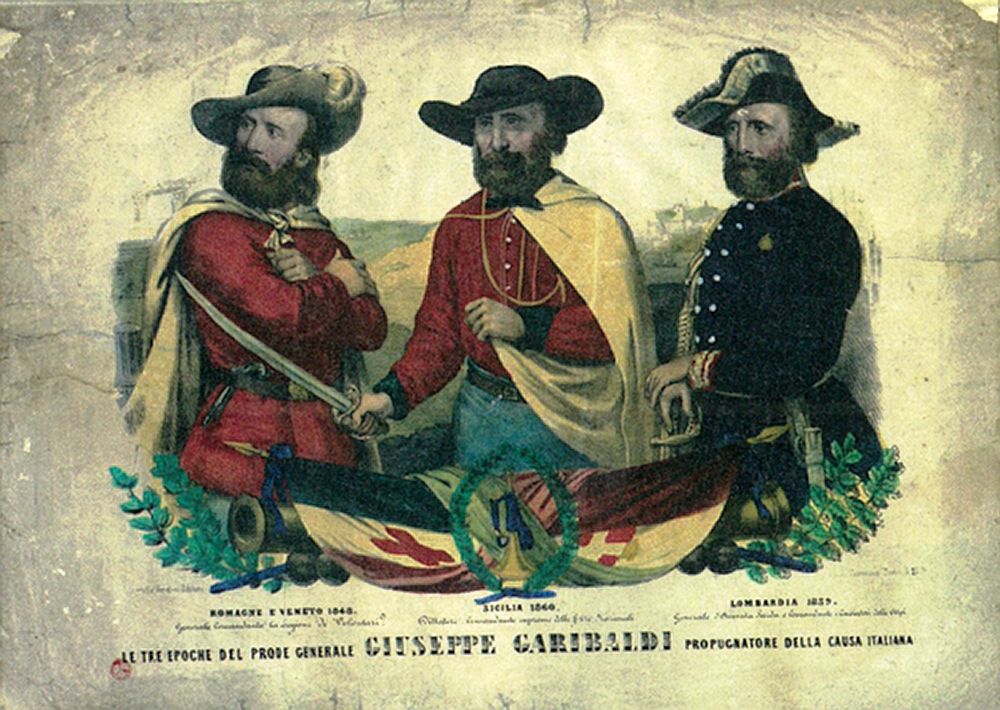 In a learned and informative final chapter of summation, Bourne states that ‘while adventure and reward could be factors, idealism was the strongest motivation’. Garibaldi’s career is an important reminder of the historic links between Europe and South America, so different from the European migration to North America in the same century.