What War Does to Work, What Work Does to War

Radhika Singha’s 'The Coolie’s Great War: Indian Labour in a Global Conflict' offers a radical conceptualisation of the history of war as the history of work, where the industrial-military complex and its systems are peopled and humanised. 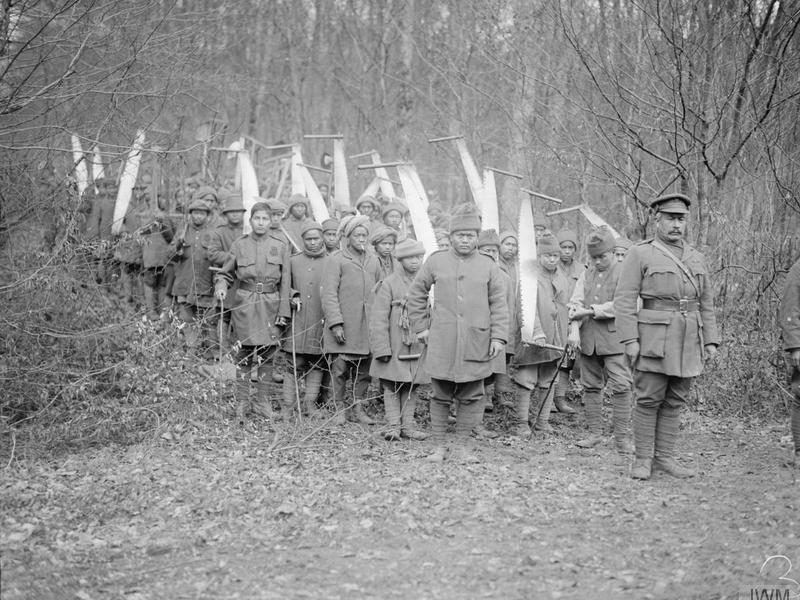 The Indian Labour Corps at a forestry camp in the Foret de Lyons, in France, January 23, 1918. Photo: Public domain/Wikipedia

Today, November 11, is Armistice Day. It marks the armistice signed between the Allies of World War I and Germany, in France, to end hostilities on the Western Front of World War I.

In 1915, the General Office Commanding of Lucknow explained why it was so difficult to recruit mule-drivers,

“Many of our drivers have relations in the combatant branches, and the fact of being rated as followers and laughed at as such in their villages…has greatly retarded recruiting…”

The category of follower and its inferences of class and status were central to the recruitment of Indian workers to the First World War. 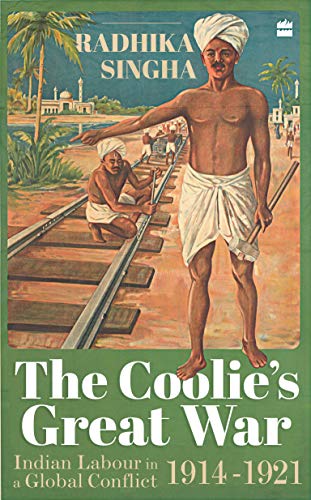 In this excellent book, Radhika Singha explores the war experiences of the follower or non-combatant ranks of the Indian Army. The Coolie’s Great War, so used by Singha to denote ‘a category of labour consigned to the lowest rung of the global market’, exposes those whose ranks swelled the numbers of India’s manpower contribution to the attention their participation warrants, as service people and as workers.

The book excavates ‘the different forms of work which make up the practice of war… in which actual combat is only the most spectacular.’ This necessarily brings ‘untouchable’, ‘tribal’ and ‘criminal’ communities into the frame of India’s First World War.

Through her remarkable archival research, we are presented with glimpses of labour units bringing about the technological transformations of the World War I, like the prisoners reaching the end of their sentences who are nevertheless ‘persuaded’ to serve in the Jail Corps. These fascinating stories, captured in Singha’s lively prose, as well as her remarkable command of the minutiae and macro of war’s ministrations, make for a powerful and enjoyable read.

But this book is not solely an act of recovery. Instead, Singha offers a radical conceptualisation of the history of war as the history of work, where the industrial-military complex and its systems are peopled and humanised. This is a new vantage point from which to view this global conflict, which places India and its structures of work and capital at the centre.

Early in, the author tracks the distribution of labour within the Indian Army through the war and how this offers us new social and spatial positions to view the war: the non-waged work of women to free men for paid work, the decentring of Punjab. She next carefully unpicks distinctions between and within the categories of combatants and ‘followers’ in the Indian Army; the sepoy/follower status divide did not always map neatly onto hierarchies of wage and caste.

Singha explores manpower strength and efficiency and the calculations of wages, conditions and training needed to ensure sufficient numbers and to reduce desertion amongst followers especially from 1916.

Singha then turns to Mesopotamia (now Iraq) to explore practices of recruitment for this region. Missionary organisations like the Salvation Army were involved in recruiting and transforming ‘stigmatised’ populations into labourers; a form of social welfare and moral rehabilitation. Singha directs us to those who used the skills they developed to negotiate higher pay after the war, who used brief leisure opportunities to subtly express dissenting opinions in plays and skits, or who dissented through desertion. She next turns to the labour regimes of colonial military infrastructure along the North-East Frontier (Bihar, Orissa and Assam-Burma) and the not-always-successful attempts to deploy ‘primitive’ subjects to some of the most industrialised theatres of war.

Singha follows the Indian Labour Corps to France, tracking the journey of men being turned into military labour, the assessment and management of their work, and building on growing literature about colonial encounters and their limitations. Singha uses the concept of ‘suggestive equivalence’ to explore how Indian labourers positioned themselves in the military frame: through food, hospitality, entertainment, leisure and commodities. Finally, we return home as Singha illuminates what homecoming and demobilisation meant as a process, not just an event, and offers an understanding of war service as a resource for those seeking to disrupt the post war order.

Singha’s ambition to open a conversation between military and labour history is deftly showcased in this book. She forcefully answers the questions of what war does to work and what work does to war. This includes her careful sketching of how the military frame of work as ‘service’ was mobilised in recruitment, promising to secure the prestige of the labour corps and followers. One recruiting song tried to enforce the distinction between work at home and work at war:

Labelling work as ‘war service’ was also a useful strategy to distance labouring overseas from systems of indentured labour and to mitigate fears of post-war Indian settlement in places like Mesopotamia. It gave a language of contract to those otherwise disempowered: ‘Were we not promised to be free?’ asked the prisoners of the Jail Corps of Lieutenant Colonel W. B. Lane, the Inspector General for Prisons in India (147). 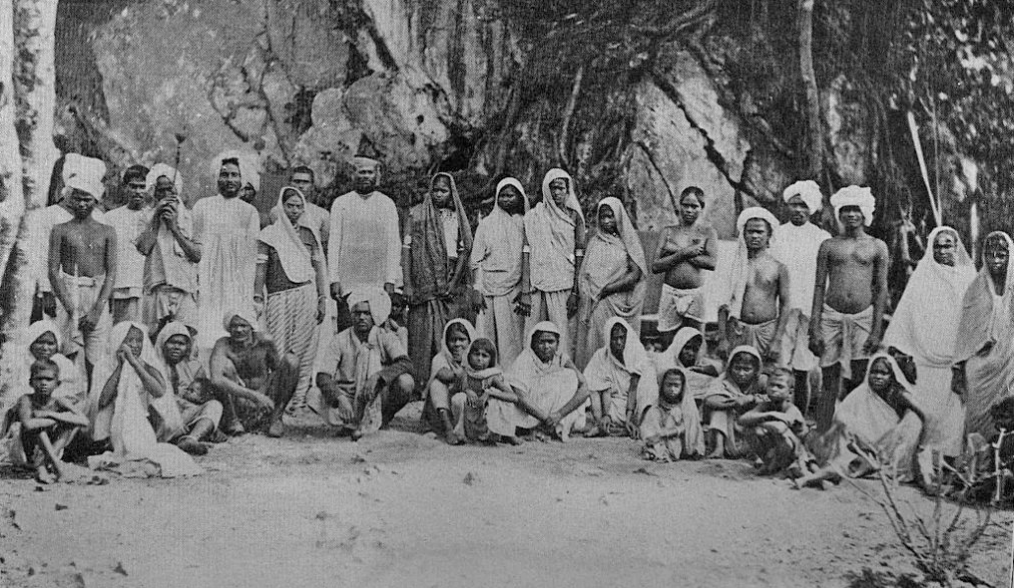 Our attention is drawn to the continuities of skills and experience made through military recruitment. The earthwork and rock-cutting and brickmaking and porterage involved in the militarised border-making of India’s frontiers was repurposed for overseas theatres of war. She shows us the importance of descriptors like ‘menial’ for particular non-combatant roles, which drew on caste norms, and enabled commanding officers to subvert military order and instead enact more discretionary, demeaning and violent acts of discipline.

Also read: Book Review: Why the Coolie Was a Central Figure in World War I

We also see where war problems became ‘labour’ problems, as in the 1918 strike by the Bombay Jail Labour Corps in Mesopotamia. Throughout, the demands of ‘labour efficiency’ are starkly observed, through the measurement and comparison of the capacity of workers to effectively carry out their duties in this time of industrialised warfare.

One of the most important themes of this book is the interrelationship between labour, migration and (im)mobility. The national mobilisation of Indian labour raised questions about where and how war workers should be sent to during war. Some refused to be moved, as in the princely state of Mayurbhanj in 1917, where ‘Santhalis’ held political assemblies to resist recruitment and enacted an uprising, ripping up railway lines and destroying telegraph wires and the forest pass office (185).

War gave the Government of India the necessary leverage to suspend rather than reform the system of indentured migration. Military recruitment had to fit within existing labour migration patterns, including off-farm work. Many of those who returned from war did so only to place themselves back in this flow of migration, as war service ‘folded almost seamlessly into the story of further migration’. The continuities and ruptures within this period of global warfare offers us new ways to conceive not only of the First World War, but of the broader history of capital and the forces that moved people and things.

Anna Maguire is a historian and lecturer in public history at University College London.