Exploring the Divinity and Magnificence of Love in 'Padmavat'

Purushottam Agrawal's 'Padmavat' stands out as a profound challenge to much received wisdom. 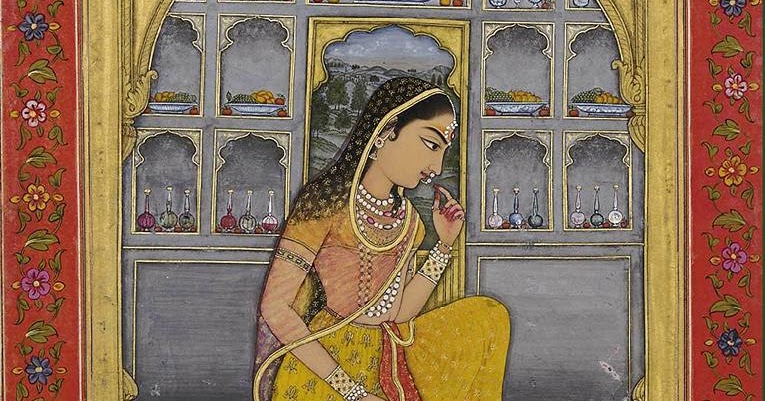 Purushottam Agrawal is a new age master of medieval Hindi literature. His work on Kabir some years ago did chart out a road less travelled by numerous scholars; his new work on Malik Muhammad Jayasi’s Padmavat attests to his durable spirit of intellectual adventure, for here too we encounter a thesis that is mint fresh, carved out from the depths of exploration of medieval Indian literary tropes, symbols and metaphors, the norms of society, and some relevant bits of history.

Agrawal disposes of the widely accepted assumption that since Jayasi is a practicing Sufi, his Padmavat is essentially a work of Sufi symbolism where God is the beloved and man her lover, courting all manner of suffering to win the beloved, with quite a few miraculous events and characters along with an occasional ferocious adversary thrown in. Rani Padmavati, Ratansen and Alauddin Khalji thus get their slots in the love story, but merely as stereotypes. The story, originating with Jayasi in 1540, then began to metamorphose first into one of an assault on a Rajput king’s honour and its defence and later on an assault on the honour of Hindus symbolised in the beautiful rani’s body and her supreme sacrifice of life in a jauhar in its defence. It also got metamorphosed into a defence of the nation in 19th-century Bengal, a theme painstakingly researched by Ramya Srinivasan in her book The Many Lives of a Rajput Queen.

Agrawal takes us out of these surrounding woods and tells us emphatically that the story is not of a Sufi premakhyan variety and has even less to do with attacking and defending honour, whether of a woman, a community or even that of a kingdom.

It is, in his view, ‘an epic love story’ which explores the dignity and magnificence of love. This is not spiritual or divine love which posits a dichotomy between eros and spirituality; Agrawal repeats several times that counterposing spirituality and eros is contrary to the Hindu ideal of their compatibility in a continuum in pursuit of the fourfold ideal of dharma, artha, kāma, moksha. He could have added that the dichotomy has really been introduced by Christianity, which counterposes spirituality and even sensuality, not to speak of sexuality, respectively symbolised in man and woman. Padmavat, in pursuit of this compatibility, treats eros and desire as pathways to divinity. Much like the erotic sculptures, paintings and poetry, which are explicit in their depictions without standing at the opposite end of divinity.

This is the central theme of the book and Agrawal lays it out with great élan and very wide-ranging scholarship. Both he and the eminent scholar of Hinduism, Devdutt Pattanaik, who has introduced as well as illustrated the book with charming sketches, have knocked down another widely prevalent dichotomy particularly among historians, one between history and literature, including mythology, as a simple distinction between ‘fact’ and ‘fiction’. The difference between them does not amount to a dichotomy, for each is a reflection of one or another facet of ‘reality’, which is not merely material but also ideational, even spiritual.

When Chaitanya experiences ecstasy chanting the name of Krishna or when a darvish experiences it in his moment of hāl and seeks fanā‘ (annihilation of selfhood), that too is a reality for them and I cannot see anyone else’s entitlement to question it. Karl Marx’s observation in Capital III, ‘religion is a reflex of the real world’ could not have been further off the mark. Agrawal does not get into the question of the historicity of the story of Padmavati except tangentially. Its historicity is a fact for the likes of Arvind Singh Mewar, who claims to have descended from the beautiful rani, and the so-called Karni Sena who land up in TV studio debates with naked swords in hand to defend their case; there isn’t much to debate on it in scholarly pursuits.

Early on in the book – and in the entire text of his book on Kabir – Agrawal places his discussion in the context of what he insists is the evolution of indigenous (or vernacular) or early modernity in India. He locates the agency of this phenomenon in the growth of trade, much like Belgian historian Henri Pirenne had done in the context of Europe in the 1920s and 30s by positing a feudalism-trade dichotomy. There are several problems with this postulate. One, it merely seeks to establish that if Europe had brought in modernity through the agency of trade, we too did the same. Second, and more important, the notion of trade either as a dissolvent of feudalism or a harbinger of ‘modernity’ was blown to bits in Europe itself within a couple of decades of its formulation. Trade – long-distance trade – has existed in the world from pre-historic times like the Harappan civilisation through the now highly questioned feudal age to modern times: it neither created nor displaced other socio-economic systems.

At any rate, the problematic of modernity itself, for long universally accepted as the gift of Europe to the rest of the world from the 17th-18th centuries onward, is by now an open question. But that is best left to another time. Padmavat stands out as a profound challenge to much received wisdom.

Harbans Mukhia taught medieval history at JNU and is the author of The Mughals of India.