Portraying Rwanda’s Genocide as an Encounter with Hell

The prevalence of the hell narrative suggests that stories about the 1994 genocide have been evolving as descent narratives. 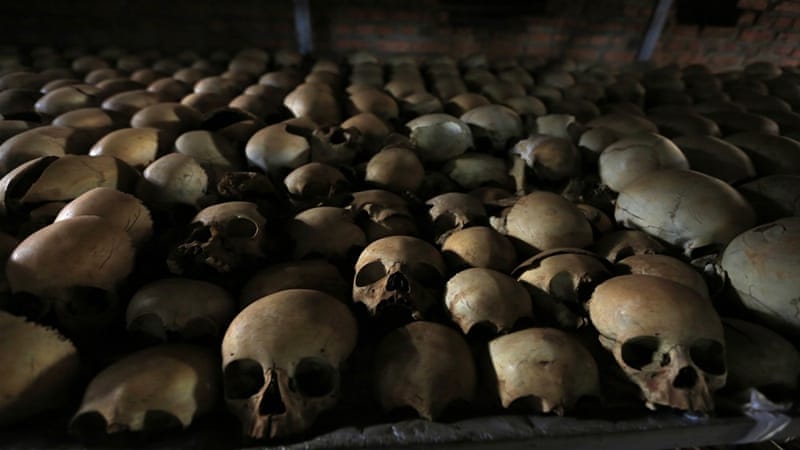 More than 800,000 people were killed over a 100-day period in a genocide by ethnic Hutus against Tutsis. Credit: Noor Khamis/Reuters 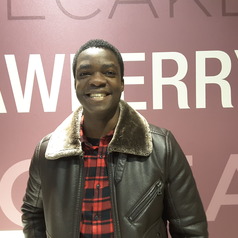 Quoting the words of one local missionary, the Time magazine cover of May 1994 reads:

There are no devils left in Hell, They are all in Rwanda.

Time’s evocation of hell presents the genocide as an unimaginable phenomenon. It’s also a theological framing of the violence as a product of pure evil.

This vision of the Rwandan genocide as hell is not incidental. Similar iconographies of hell define popular imagination and understanding of the genocide. Consider, for example, the title of Canadian Romeo Dallaire’s memoir, Shake Hands with the Devil. The book provides details of General Dallaire’s experience as the head of the United Nations Assistance Mission for Rwanda during the genocide.

Also, a short documentary film produced on Dallaire by the United States Holocaust Memorial Museum in 2002 was titled A Good Man in Hell.

The distinct impression these accounts give of the genocide in Rwanda is that it’s, as the American diplomat and political critic Samantha Power’s book aptly suggests, A Problem from Hell..

The imagining of genocide as hell conveys the impression that the horrors are not fully imaginable. They can only be witnessed in symbolic forms. In addition, such imaginings encourage a moral – or theological – response to an otherwise violent phenomenon spurred by political events.

The examples I explore constitute the pivot of Western media and artistic representation of the 1994 genocide in Rwanda. Yet such iconographies are not exclusive to Western representations of the atrocities. As I point out, they are also part of a central feature in major stories on the genocide written by African authors.

Genocide, understood as hell in several other literary projects, is profoundly marked by immense horror. The Rwandan hell figures as a site of unqualifiable cruelty. There, brutal rape is prevalent. Violence is inflicted with extreme sadism and decadence is the normal order of things.

A notable representative work of the kind is Canadian Gil Courtemanche’s celebrated novel, Un dimanche à la piscine à Kigali [A Sunday at the Pool in Kigali]. In the novel, the encounter by a Canadian journalist with the Rwandan mass atrocities presents as a descent into hell.

The examples from Africa include Boubacar Boris Diop’s celebrated novel, Murambi, le livre des ossements [Murambi, the Book of Bones]. The novel relies heavily on the Biblical story of the Gentile’s conversion to Christianity. Cornelius’s conversion and meeting with apostle Simon Peter is central to understanding Diop’s thematic concerns in this novel.

The main story of Murambi is about Cornelius Uvimana, a Rwandan exile returning from Djibouti. Cornelius arrives four years after the genocide to witness what he believes to have been the extermination of all members of his own family, and to write a play about the genocide.

His journeys through massacre sites are presented as a descent into different parts of hell. Within this hell, Cornelius’s main guide is his uncle Siméon Habineza, who, like Biblical Simon Peter, “baptizes” Cornelius into ideas and helps him find new insights into human cruelty.

Cornelius’s journey to his hometown of Murambi could symbolise a process of coming into awareness. His ignorance about the genocide and his sense of self-righteousness disappear as he delves deeper into the hell of post-genocide Rwanda. He realises while inside this hell that the massacre of over 50,000 people including his mother and siblings has been planned and executed by his own father, Dr Joseph Karekezi.

Just like Diop’s Murambi, some other accounts of the genocide present encounters with atrocity as descent into hell. These include Veronique Tadjo’s memoir, L’ombre d’Imana: voyages jusq’au bout du Rwanda (The Shadow of Imana: Travels in the Heart of Rwanda). There’s also a genocide survivor memoir Left to Tell: Discovering God Amidst the Rwandan Holocaust by [Immaculée Ilibagiza], Benjamin Sehene’s novel, Le Feu sous la soutane [“Fire Beneath the Cassock”]. Finally, the novel, Le Passé devant soi (The Past Ahead) by Gilbert Gatore.

All differently and in fascinating ways represent the 1994 genocide in Rwanda in some form constituting descents into hell.

The prevalence of the hell narrative suggests that stories about the 1994 genocide have been evolving as descent narratives. These narratives represent the sites in which one encounters the casualties of genocidal violence as hell and the journey there as a descent into hell.

In such narratives, the protagonist usually descends into an infernal underworld that looks like an afterlife. After a “tour” of the infernal underworld, he or she emerges bearing a new moral awareness put into the service of bearing witness to the unspeakable horrors and evil he or she saw there.

Understood in this way, the Rwandan Genocide narratives are a legacy of cautionary tales in which the damned bequeaths to posterity the moral “truths” about its genocidal past.