'Yesterday's Films For Tomorrow' – The Legacy of Indian Cinema

The collected writings of archivist P.K. Nair reveal his passion for cinematic history. 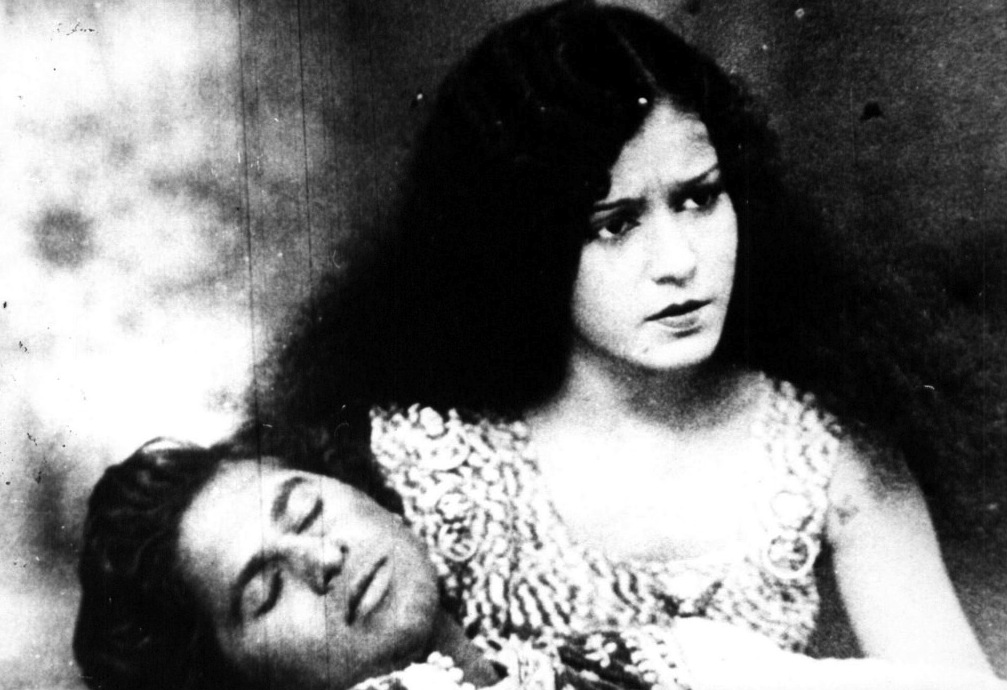 A still from the movie Alam Ara.

The cover of Yesterday’s Films For Tomorrow shows a man, dressed in costume, looking away from the camera. He is obviously an actor and for a brief moment I assumed that it was a vintage photograph of P.K. Nair, the author. The resemblance is more than passable and I wondered if Nair had also acted in a movie or two. How tempting then to think that Nair – the archivist, chronicler and passionate lover of cinema – had become one with his obsession and started looking like an old actor!

But it’s not Nair. The man is Sohrab Modi, dressed as Hamlet in Khoon ka Khoon, one of the many thousands of films lost to mankind.

Nair had spent his life tracking down original prints of old and rare films. But, as it turns out, as a young man, Nair had indeed worked as an assistant at Mehboob Khan productions and at the end of his life, had become the subject of a charming documentary, The Celluloid Man, that recalled his dedication towards preserving cinema. It sort of brings his life and work full circle. 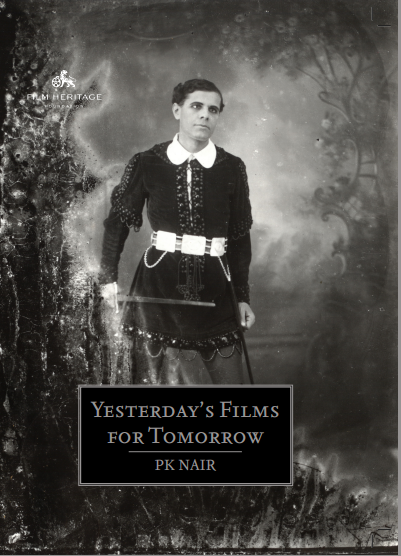 The documentary maker, Shivendra Singh Dungarpur, subsequently initiated the project of collecting and collating articles written over the years by Nair, who passed away last year. The result – edited by Rajesh Devraj and backed by Vidhu Vinod Chopra – is a gem of a book, containing between its covers articles not just on film preservation but also on the early days of cinema, directors such as Dadasaheb Phalke and Mehboob Khan, and a particularly insightful look at the many versions of Devdas.

The National Film Archive of India was formed in 1964 and Nair was among its early hires. With a limited budget and just a room and two assistants, he became an explorer and hunter, rushing off to buy old films, often bending a rule here and bypassing a bureaucratic clause there. Naturally this did not often please critics or the bosses – Devraj in his introduction acknowledges that Nair was seen as a collector who had not bothered to set up systems or proper record-keeping.

For film lovers and scholars though, Nair’s 26 years ended up creating an institution that is now a haven where one can go to research, see film classics, attend the film appreciation course or simply marvel at the vast amounts of material available.

Celluloid was a problematic material — it was flammable and difficult to store in hot and humid conditions. In addition, silver could be extracted from it and the celluloid itself could be turned into bangles and other products; producers did not see any value in spending money to store the film.

While we know Nair as a man who went to great lengths to find and acquire pieces of celluloid, which were often in pitiable condition, that India’s great film legacy could be preserved, he was also an astute mapper of cinema trends. His essays here on the emergence of a ‘national cinema’, which reflected the Indian voice and a nation’s aspirations is a must-read for any serious student of cinema and society.

Nair did not care to distinguish between a classic and trash, the high-brow and the cheap entertainer, the art house and the formulaic; for him, each film was important and it was crucial the nation knew about and preserved its patrimony. And not just the film itself-posters, song booklets, stills, everything that was associated with cinema mattered. From the producers and the directors to even the projectionist – there is a fascinating essay on the subject –  Nair understood the importance of the entire eco-system and wanted others to do the same.

His love affair began when, as a schoolboy he had seen a Tamil film under a tent cinema in Trivandrum; this was followed by many others, notably Andaz, which turned him into an admirer of Mehboob Khan. For most of his life after that, he watched movies with a small light and a pen, taking notes — not surprisingly, he was an encyclopedia of information about facts and trivia about films. 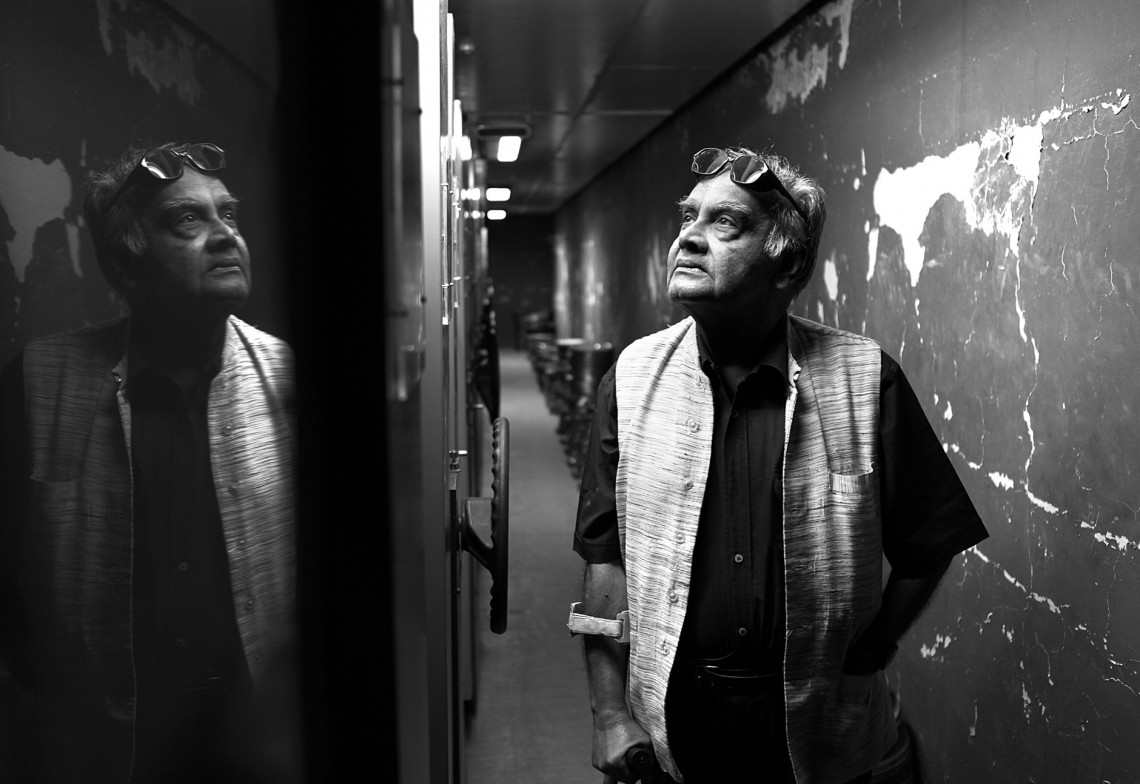 A still from the documentary Celluloid Man by Shivendra Singh Dungarpur

The reader may occasionally find ideas and stories repeated in the pieces – it is a collection of articles written over the years, garnered from different sources – but to anyone interested in history, that should not be a problem. Where else can we read about Nair’s superhuman efforts to acquire the print of Phalke’s early films such as Raja Harishchandra and Kalia Mardan and also of Ardeshir Irani’s Alam Ara, India’s first talkie, the latter a doomed expedition because the producer’s son had sold off the negatives. Along with Nair’s, our heart too breaks on reading those stories.

The Indian film industry has been careless about looking after its own history. Many a modern classic is lying somewhere in a godown, rotting away, because the producer will not spend a few thousand rupees preserving the negative. Add to that is the complicated matter of ownership of rights — does it belong to the financier, the producer or some unknown third party who had bought it off the original owners years ago. Nair’s essay on preservation of films lists the problems and issues an archivist faces —the purist in him balks at tampering with anything, including upgrading the film technically. Now that is pure passion.