The Fleeting Nature of Memory

Patrick Modiano's recently translated Sundays in August and Such Fine Boys are poles apart in their themes, but are shrouded in mystery and manage to successfully build a sense of place. 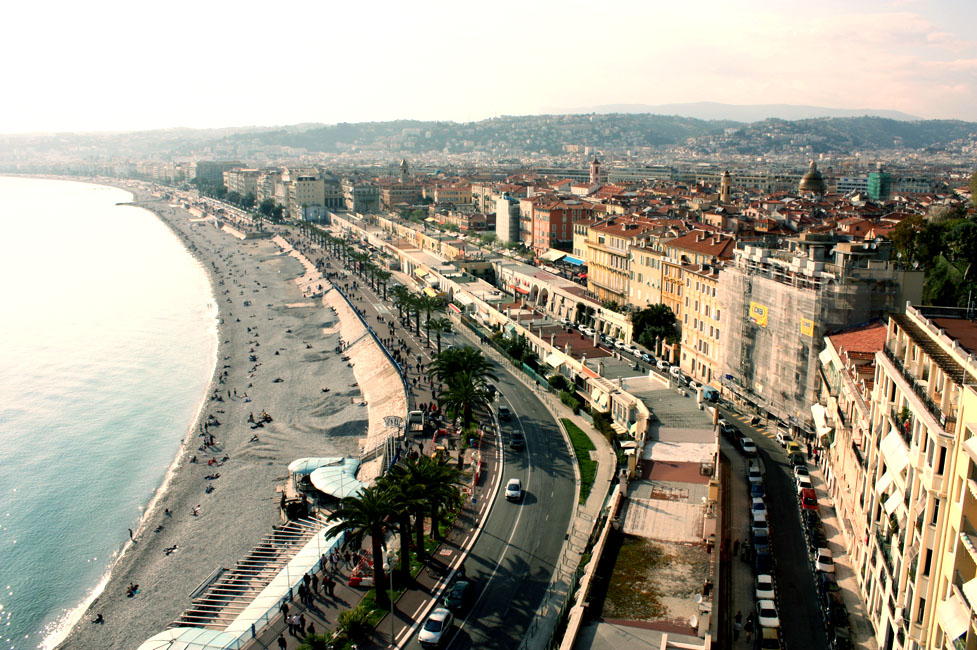 In its citation, the Nobel Committee, when awarding French writer Patrick Modiano the literature prize in 2014, commended him for “the art of memory with which he has evoked the most ungraspable human destinies and uncovered the life-world of the occupation”. A prolific writer in French, Modiano’s novels in their English translations were at first sparsely available but following the Nobel, these have appeared in a steady and welcome stream.

One of his first works made available in translation, Dora Bruder (translated by Joanna Kilmartin) is part memoir, part fiction. Modiano’s ten-year quest for the 15-year-old Dora, who was reported missing in 1941, began in 1988. It was a search that formally ended in a small official record – Dora, who had run away from the convent where she boarded, was listed among those Jews deported from Paris to Auschwitz in September of 1942. Looking for Dora’s story revealed to Modiano some of the lost history of that dark period (1940-1944) when Paris and much of northern France was under Nazi occupation. 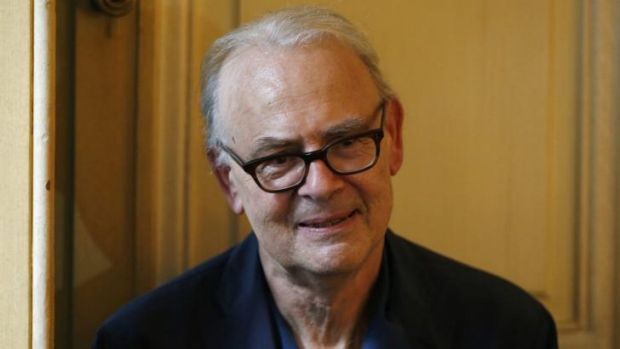 Soon after this work, there came novels like Suspended Sentences (a collection of three novellas, written several years apart), Honeymoon and Missing Person. And following several other novels, late last month Yale University Press came out with two new translations of Modiano novels: Sundays in August, translated by Damion Searls, and Such Fine Boys by long time Modiano translator, Mark Polizzotti. The latter novel has a short and moving introduction by France’s other Nobel winner in literature this century, J.M.G. Le Clézio.

Modiano was born in Paris, in 1945, in the waning years of the Second World War, soon after the Occupation ended. These were years, as Modiano has described in his Nobel lecture, that left people of his parents’ generation confused and conflicted. Paris had been occupied, silenced – in realistic and metaphorical ways – by the Nazi presence and for many among the French, it was a time of sullen shamefaced compromise and worse, collaboration. Later, they would not want to talk about it, even evading questions related to that period and anything that would make them introspect and/or reflect.

The mysterious nature of memory

Understanding that long decade, that is, the years that followed Occupation, confronting and mining the past and memories – his own and those of others – appear in various ways in Modiano’s work. In doing so, Modiano tells us of the little understood, mysterious nature of memory; how a thing we are certain about, appears different the more we look at it. He shows with compassion, why people react the way they do – casually, even amorally – when faced with difficult choices and in life-threatening situations. 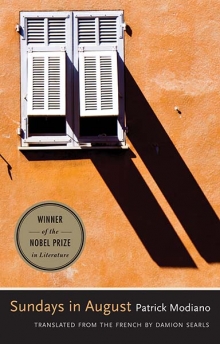 Sundays in August is set in the southern city of Nice, along the French Riviera. It’s a deceptive novel and its noir-like quality often takes the reader by surprise. The narrator and the woman he loves, Sylvia, are on the run, and make plans to ‘escape’ to a safer place, yet the heat and the summer-enforced lassitude, coupled with the surreal darkness (of unlit quiet streets, and hushed conversations from cafes and restaurants still open) affect them, leaving them hesitant, and the narrator, especially fearful.

The jewel in their keep, with its ominous history, appears another factor pinning them down. So oppressive or hypnotic is the impact of this secret and the places they have sought refuge in, that they seek out, and come to believe in, suspicious strangers – the Neals, who are a suave smooth-talking businessman and his wife.

The novel also homes in on that inexplicable inertia, the numbness that strangles the mind – a trait shared by narrators in other Modiano novels – when there is too much to think, or even nothing to think about.

At around six o’clock, we were sitting in the glassed-in terrace of the Queenie. Violet light flickered in the streetlamps. It was night. We were waiting, without quite knowing for what. We were like the hundreds and hundreds of people, who, over the years, had also sat at the same table, on the Promenade: refugees in the Free Zone, exiles, Englishmen, Russians, gigolos, Corsican croupiers from the Palais de la Mediterranee. Some of them hadn’t budged in forty years and were drinking their tea at the tables next to ours in little halting gestures. And the pianist? How long had he been scattering his handfuls of notes in the back of the room from five to eight o’clock? I was curious enough to ask him. Since forever, he said.

In every way, Such Fine Boys is different from Sundays in August and as Le Clezio stresses in his introduction, altogether different from other Modiano novels. If not in theme, it is certainly so in its structure – with different narrators and stories that are connected, most set years after the narrators have left school. It begins in Valvert, a boarding school for boys in Paris that we learn, at the very beginning, has already been demolished to make way for a new development. 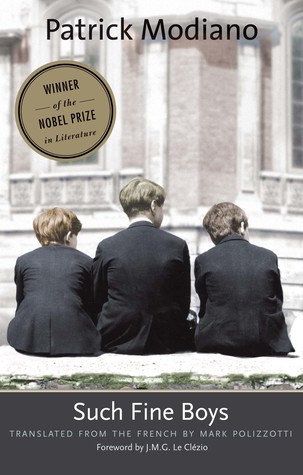 Most of the boys live as boarders; those who go home live among loveless parents, in apartments luxurious in every way, but lacking the warmth and untidiness of a home. To a young narrator in one story, who visits his friend Michel’s house, the latter’s parents appear grim, aloof and quietly forbidding. In Modiano’s novels, menace is conveyed in that which is not said, in a silence that stretches and seeps in.

This novel, as we soon learnm is set in the Occupation years, and Valvert appears to exist in a precarious present. Several of the students appear curiously adrift, lost and suspended in time. Some remain haunted, and continue to look for a (happier) past. In another story, the narrator, who helps operate the film projector at Valvert, describes the return of an alumnus, who has only one specific request every time: the screening of the film, Archer’s Crossing. The older student had once looked after, and then lost touch with, the little girl (Little Jewel) who starred in the film, and this was his only way to remember her. The older student had met the child’s mother, Sonia, when they were both taking acting lessons.

Sonia, the mother, appears distracted, ambitious and then frazzled by her lack of success and the way she is evidently ‘used’. The mother-daughter relationship is fraught by a disquieting formality, even ‘lovelessness’.

“Jewel, today is a big day for your mommy you know….”

The little girl stared at her with disproportionately wide-open eyes. From astonishment or fear?

“Jewel, Mommy got a very nice award today…You should give your mommy a kiss.”

But as she didn’t lean down toward her daughter, the girl, standing on tiptoe, tried to kiss her in vain.

Among the other Valvert students was McFowles, who ended up getting killed in a bobsled competition when he was only 30. Reckless and adventurous, he drew around him several hangers-on, much to his wife’s desperation (though one can never be sure, in a Modiano novel, if this is connivance), who seem eager to perform and fulfill the most bizarre of McFowles’ demands.

People are never really what they seem. Yet among people who once knew each other in a time of confused adolescence, there is connection, a desire to help and understand, and mystery as well. But it is the women who, in these stories, appear lost, in flitting breezy ways, living out precarious shallow lives. They are but prisoners of their time; their actions driven solely by the need to survive (and thrive, even if briefly).

Modiano’s detailing of the streets and the places frequented by the narrators in his novels, the routes followed, appear a necessary literary exercise so to show how the narrator or individual tries to hold onto an immediate reality, when what truly drives him/her is truly unfathomable. These detailed descriptions only heighten the sense of impermanence, the fleetingness of life and memory. A school building gives way, just as does a well-remembered café in the street corner. What remains always is the sense of a place, the atmosphere a certain time evoked.