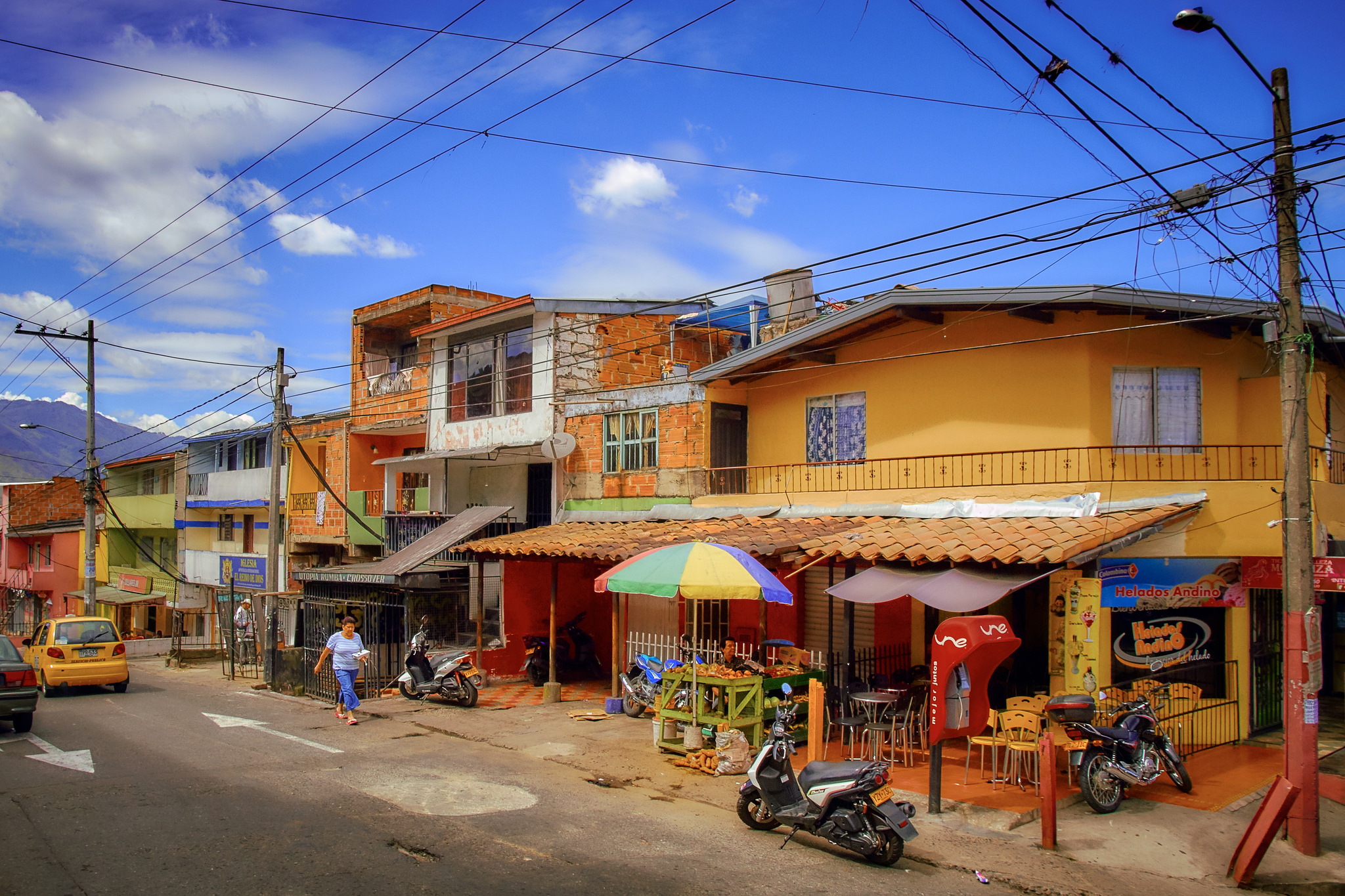 Night Prayers is the story of three Colombian characters and their encounters with four Asian cultures. The Colombian protagonists are philosophy student Manuel, his adventurous sister Juana and a diplomat posted in New Delhi. India, Thailand, Japan and Iran are the countries where the Colombians’ destinies end up taking them. The author of this novel is Colombian writer Santiago Gamboa.

Juana and Manuel’s lower middle class family are ardent supporters of Colombian President Alvaro Uribe, who comes to power promising to put an end to the FARC-driven guerrilla war in Colombia. They are frustrated with the bombings, assassinations, kidnappings and drug trafficking undertaken by the guerrillas, who have deviated from their original ideological agenda and become a criminal terrorist organisation, pushing the country to the brink of failure. Uribe manages to break the FARC’s back with an iron hand. But the country’s liberals and intellectuals, including Juana, are critical of the government’s excesses and the atrocities committed by the military as well as the paramilitary forces in the name of the war against the guerillas. 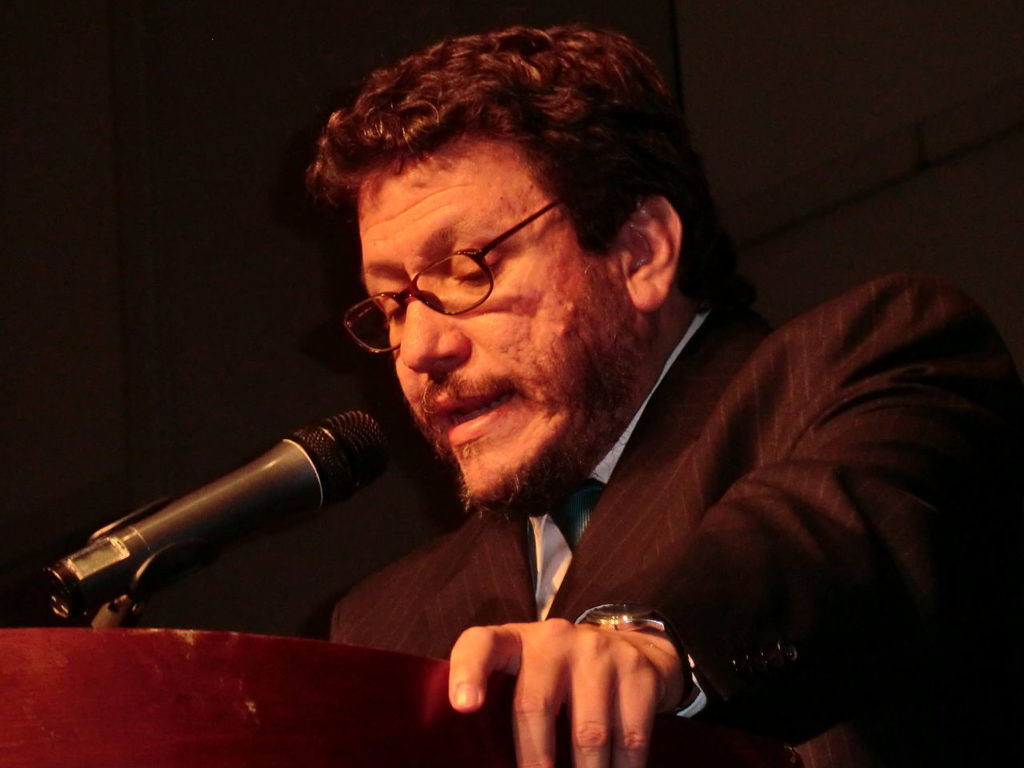 While Juana is politically critical, Manuel, a shy philosophy student and dreamer, does not understand the challenging world around him . His sister is the only person to understand and support him. And so, when his sister goes missing in Japan, he wants to go and find her. In order to finance the expensive trip, he agrees to transport drugs for traffickers. However, things soon go south when he gets caught in Bangkok and is imprisoned there.

Juana, the rebellious and audacious sociology student, is an angry critic of Uribe’s methods. When she wants to run away from violent Colombia to a “civilized place like Europe,” a French man settled in Bogota tells her, “You have to give time for Colombia, a young country still looking for a language. Europe which has peace today, cost two thousand years of war, blood, torture and cruelty. The last European war left fifty four million (more than the entire population of Colombia at present) dead.”  But Juana wants to take revenge on the Uribe government and infiltrates the secret service by becoming an escort to government officials. When she is about to be caught, she slips away to Japan and  joins the escort service there. In Japan, she faces problems with the Japanese mafia. And she escapes from them by running away with an Iranian bodyguard to his country. In Iran, she finds herself restricted under the Ayatollah tyrannical rule but is soon rescued by a Colombian diplomat who takes her to Bangkok to reunite with her brother. Tragically, Manuel commits suicide just before the reunion.
Violence and Colombian culture

Gamboa has vividly portrayed Colombian society and the huge price it has paid in blood over the last 70 years due to the deadly feud between the revolutionaries, liberals and conservatives in the country. In Colombian history, the decade between 1948 and 1958 is known as the period of ‘La Violencia‘ (the violence). And it still shapes Colombian politics; for instance, Uribe’s supporters defeated the peace referendum held in October last year, stalling the government’s peace agreement with FARC. Naturally, this internal conflict and violence is inevitably the typical theme adopted by Colombian writers, just as South and Central American writers cannot get over the sufferings caused by military dictatorships.

The author, a product of Colombian violence, says, “violence and wars are always part of the history and culture of mankind. Force is the argument most often used by man in history.” Given the ubiquity of violence, it is interesting that a Gujarati has set up a Gandhi Foundation in Medellin to promote non-violence in Colombia. 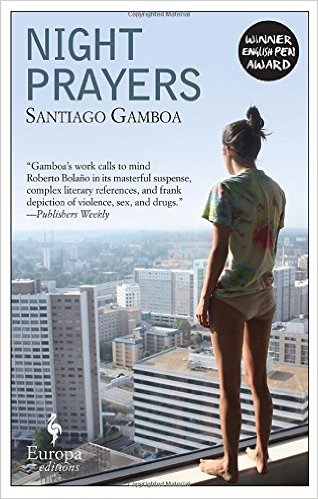 The Colombian diplomat in the novel describes New Delhi as “unconventional to a Latin American, requiring a somewhat adventurous frame of mind” to survive. He lives in Jangpura Extension, unable to afford the expensive areas like Vasant Vihar. He gets used to the dust, rickshaws and fly-infested fried food stands “that are like factories for typhoid or dysentery.” From the second floor window of his office at the Colombian embassy in Vasant Vihar, the diplomat observes women in saris carrying bricks for construction work while their children play amid the rubble. To him, the Sai Baba temple is a place where the fragrance of the saffron flowers and smell of incense mix with the intolerable odour of decomposing matter. And as a consular officer, he deals with all kinds of problems and the people who have them, especially Colombian visitors who get into trouble precipitated by the gap between their romantic and distorted image of India and the realities on the ground. Rich ladies from Colombia who come seeking spiritual enlightenment sometimes end up offering not only their souls but also their bodies to their Indian gurus.

The diplomat pays homage to the neem tree under which the Mexican poet diplomat Octavio Paz married Marie Jose in 1964, situated in the Prithvi Raj Road residence where Mexican ambassadors to India used to reside. It was Paz who introduced Latin American to Indian culture. Notably, he utilised his Latin American perspective on India, based on his personal experience of staying in the country for over six years. Paz’s book Vislumbres de la India (In the Light of India) was an eye opener for Latin Americans. He was also the first one to offer a comparative perspective on Indo-Latin American cultural history. ‘Tale of two gardens’, his poem from the book Poems of India 1952-1995, compares his Indian inspiration with his Mexican roots. Like Paz, the Colombian goes for walks in the Lodhi Gardens, “a park that reconciles you to the city.”

The Colombian diplomat also describes his travels to Thailand, Japan and Iran, which he pursues to reunite Juana and Manuel. In Bangkok, he is struck by the the smell of stagnant water in the canals, the ubiquitous massage parlours and bordellos, traffic jams and the deafening din of the tuk-tuks in the ‘land of smiles’. At one point, a Thai prosecutor gives the Colombian diplomat an outraged lecture on the evil consequences of sex tourism on Thai society and takes pride in the fact that Thailand is one of the very few countries that has not been colonised by others. He gives a bit of magical realism back to the Colombian, saying, “Ten years ago, there was a traffic jam that lasted for eleven days. We had to lift the cars out by helicopters”. This is like the story of the Colombian writer Gabriel Garcia Marquez, One Hundred Years of Solitude, in which it rains continuously for five years.
Night Prayers reminds me of Lotus Flower-Stories from Asia, a book of short stories, in which Juan Alfredo Pinto (another Colombian and another writer-diplomat) merges the magical realism of Latin America with Asian culture. Each story in this book takes place in a different Asian country such as India, Indonesia, Cambodia and Kazakhstan to which the Colombian characters travel. Notably, Pinto’s book has been translated into Hindi and English by the Sahitya Academy.

This the first novel of Gamboa’s that I have read and it is safe to say that he has joined my list of favourite Colombian authors which includes Marquez – whose book Love in the Time of Cholera inspired my Latin American literary journey – Laura Restrepo and Juan Gabriel Vasquez.