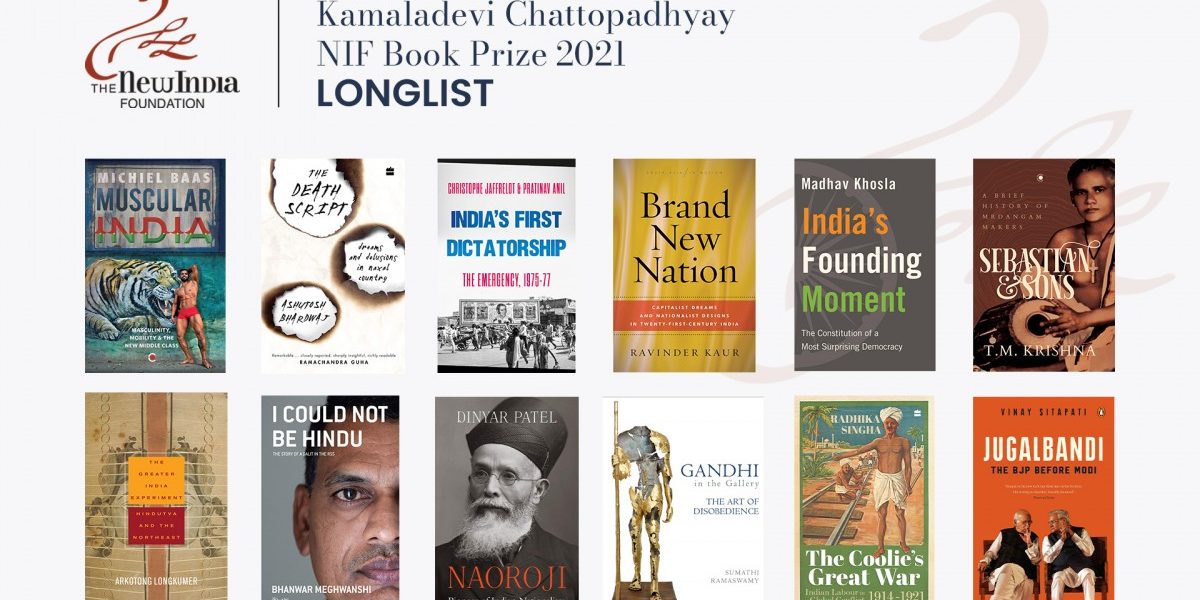 Bengaluru: For the year 2021, the New India Foundation (NIF) has announced the longlist of the Kamaladevi Chattopadhyay NIF Book Prize. This prestigious list includes 12 books on subjects as diverse and vary as Naxalism and Emergency. It ranges from Hindutva to the Northeast and even includes the percussion instrument Mridangam among many others.

The longlist announced by the NIF on Thursday, “reflects a compelling picture of the diverse narratives which embody independent India’s cultural, political, and social milieu in showcasing the finest non-fiction writing from and about the subcontinent”, a statement said.

“Sebastian & Sons: A Brief History of Mrdangam Makers” (T M Krishna); “The Greater India Experiment: Hindutva and the Northeast” (Arkotong Longkumer); “I Could Not Be Hindu: The Story of a Dalit in the RSS” (Bhanwar Meghwanshi, translated by Nivedita Menon); “Naoroji: Pioneer of Indian Nationalism” (Dinyar Patel); “Gandhi in the Gallery: The Art of Disobedience” (Sumathi Ramaswamy); “The Coolie’s Great War: Indian Labour in a Global Conflict 1914-1921” (Radhika Singha) and “Jugalbandi: The BJP Before Modi” (Vinay Sitapati) complete the list.

Also Read: Baig Ehsas: The ‘Prince of Stories’ from Hyderabad

The prize, instituted in 2018, which carries a cash award of Rs 15 lakh as well as a citation, celebrates non-fiction literature published in the previous calendar year by emerging writers of all nationalities in modern and contemporary India.

According to the jury, the longlist is “not merely a collection of outstanding books but is also incredibly diverse, as it covers more than a century of modern Indian history and encompasses several genres: biography and autobiography, politics and history, art and music, gender and society.”

The shortlist of six titles will be announced in the last week of October.

The prize is named after Kamaladevi Chattopadhyay, who contributed significantly to the freedom struggle,  the women’s movement,  refugee rehabilitation and to the renewal of Indian theatre and handicrafts.

Last year, the prize was jointly awarded to Amit Ahuja and Jairam Ramesh. In 2019, it was given to Ornit Shani and in 2018 to Milan Vaishnav.