Dalit Literature That Reflects a Grotesque Reality Surviving in India

Sheoraj Singh Bechain's 'My Childhood on My Shoulders' is a chilling documentation, which portrays oppressed lives as a dark tunnel which the Indian society uses to flush out its waste. 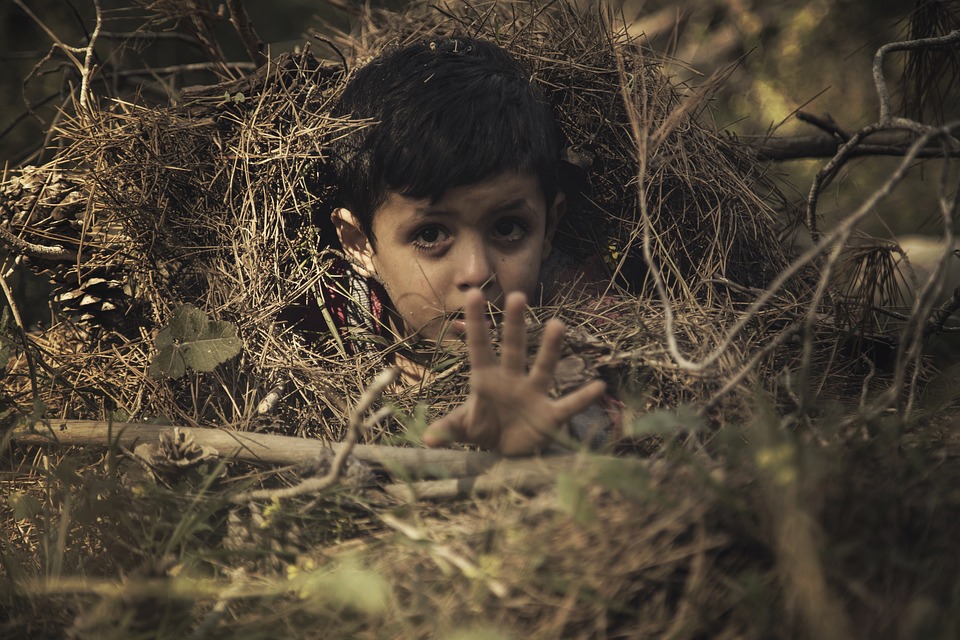 The book is a story of a society, which has been deprived of its basic human rights. Representative image. Credit: Pixabay/CC0 Creative Commons

The recent assertion of Dalit identity in the Indian public sphere is not only the product of a political process but also the result of a silent revolution taking place in Dalit society through education and literature. For a long time, mainstream media and literary critics tried to ignore and dismiss the Dalit discourse as something trivial or frivolous. But today, Dalit literature is a reality and Dalit autobiographies are showing new pictures of life which were until recently invisible on the literary canvas. My Childhood on My Shoulders, the English translation of Sheoraj Singh Bechain’s autobiography, is a chilling testimony of the life Indian society has given to the people at the lowest strata. Originally written in Hindi, the book has been very subtly translated into English by Deeba Zafir and Tapan Basu. It provokes us to see the world with a new approach. Sheoraj Singh Bechain was born in a village in Chandausi, Uttar Pradesh, to a Dalit family. The family is in the trade of dead cattle. It skins the carcasses, dries the leather and sells it in market. Poverty and crisis are part of this life. But poverty is not only an economic issue. It has social roots and dimensions also. These people are kept out of the village, deprived of basic amenities, are vulnerable to all sorts of illnesses and in the absence of treatment, succumb at an early age. It is a subhuman life which millions of people are compelled to live.

The details of the book leave you in shock. When Sheoraj was five, he lost his father. His father’s was not a natural death. Nor did he die of illness. It was a brutal murder, although no one intended it. Radheshyam, Sheoraj’s father, was fulfilling the commitments of a wedding ceremony at his sister’s home. Radheyshyam and reached the wedding home after a long journey. Here, Radheshyam fell ill. For next three days, he was not provided any kind of medical assistance in spite of repeated requests. Instead, he was left to the mercy of some exorcists who claimed that he had been possessed by some evil spirit. They kept on slapping and whipping him in front of five-year-old Sheoraj.

The description makes it seem like we are watching a melodramatic scene from a movie. But this is no film. It is a grotesque reality which still survives in many parts of our country. After his father’s death, his mother was married off to one Ramlal and then to Bhikharilal. In this humiliating scenario, Sheoraj’s childhood has no place. He is subjected to all kind of oppression – stepfatherly treatment in the family, society’s sarcasm, regular displacement and hunger. The family shuffles between one compulsion and another. At times, the family struggles to have even one meal in a day. Hunger drives Sheoraj to bring home some sort of an unknown seed to eat, which almost kills the family. But the family survives. 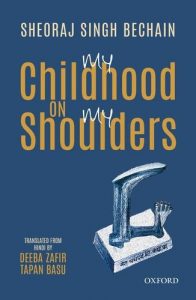 The book is full of such incidents. Sheoraj’ stepfather Bhikharilal wants Sheoraj and his sister Maya to go and work in a kiln when they are merely nine and seven years old. At a tender age, he is compelled to do jobs which are beyond the capacity of his age. He wants to study but realises that he first has to support his family.

This is not an individual’s story. It is the story of a society, which has been deprived of its basic human rights. The hardships have turned the people into animals. They are both the victims and at the same time, oppressors. Women are beaten, cobblers are tortured for making better quality shoes and children are harassed for being model students.

Gradually, we come to understand that these are not some kind of accidents or mishaps at different stages of life, but they are the everyday routine of a torturous journey. Insult and exploitation are natural in this life. Happiness, if any, is accidental and fleeting. This is not life, but a dark tunnel which the Indian society uses to flush out its waste.

But, there is light and hope too. For instance, there are some people whose conscience doesn’t allow them to be part of such system. They support others and try to change the world, and Sheoraj is someone who is a recipient of the support. Pressured by the villagers, his stepfather sends him to school. Academically, he does well. He begins to write and grows as a socially and politically active young man. He comes to Delhi and ultimately becomes a professor in Delhi University.

It is not as easy as it has been told. It takes a lot of effort on Sheoraj’s part to reach this stage. He has to face poverty, social discrimination, family pressure and many other things. Such a life deserves an autobiography.

A number of critics have been seen complaining that all Dalit writing is same, it repeats the same experience. But when you look at them closely, you find that it is not a valid claim, all these autobiographies have their personal flavour. If they look alike, it is because you look at them from a distance – only then we will be able to understand both its potential and limitations genuinely.

Sheoraj Singh Bechain has done a remarkable job. He writes his own story but provides us with a mirror in which we hesitate to see ourselves. He reminds us that the present Dalit uprising has a social basis and it is not going to die down before claiming its rights. It has not been said in any political tone, but you can read it between the lines.

Priyadarshan is a Hindi novelist, critic and journalist. He has published nine books, including two short story collections and one poetry collection. He has also translated a number of authors into Hindi, including Salman Rushdie and Arundhati Roy.