'Must be From Another Country': Reading Imtiaz Dharker in Today's India

What if we do not want to go to another country, but instead choose to exercise our right to criticise our own while living within its borders?

Any criticism of India results in a person being asked to leave. Representative image. Photo: Michael Foley/Flickr (CC BY-NC-ND 2.0)

When we are told to go to the moon or to go back to the countries where we came from, when we are told that we ought by rights to be in Pakistan (by virtue of our faith), or England (by virtue of the language we express ourselves in), when videos are made in which people are exhorted to send those who do not chant particular religious slogans to the graveyard…

In all these cases we are looking at a world which is built on homogeneity, one where dissenting voices are initially expelled but where they might eventually be eliminated and buried, so as to ensure uniformity of thought and belief.

In Autobiographical Notes, written by James Baldwin in 1955, the author said, “I love America more than any other country in this world, and, exactly for this reason, I insist on the right to criticise her perpetually”.

We do not know exactly what response this brave statement evoked when it first came to public attention, but in the years since, it has been quoted by many who believe in the sentiment and find it an apt, neatly articulated truth for themselves, as it was for the African American author who spoke truth to power in pre-Civil Rights Movement US. Whether this statement would be acceptable in today’s US is debatable but we can say, with a fair degree of certainty, that it is not acceptable in today’s India.

Also read: You Can Threaten Kashmiris, But You Don’t Have the Courage to Look Them in the Eye

Any criticism of the Indian nation and its governmental policies is likely to be labelled anti-national by the nationalists, and once labelled thus a person can be asked to leave, to specified or unspecified locations.  Our world is then akin to that portrayed in Imtiaz Dharker’s They’ll say, ‘She must be from another country’, akin and maybe, worse. Given this bleak scenario, a reading of Dharker’s poem offers a space for reflection for all of us who are puzzled by our lack of belonging and the ease with which other voices can say, “Your Indianness is suspect”. 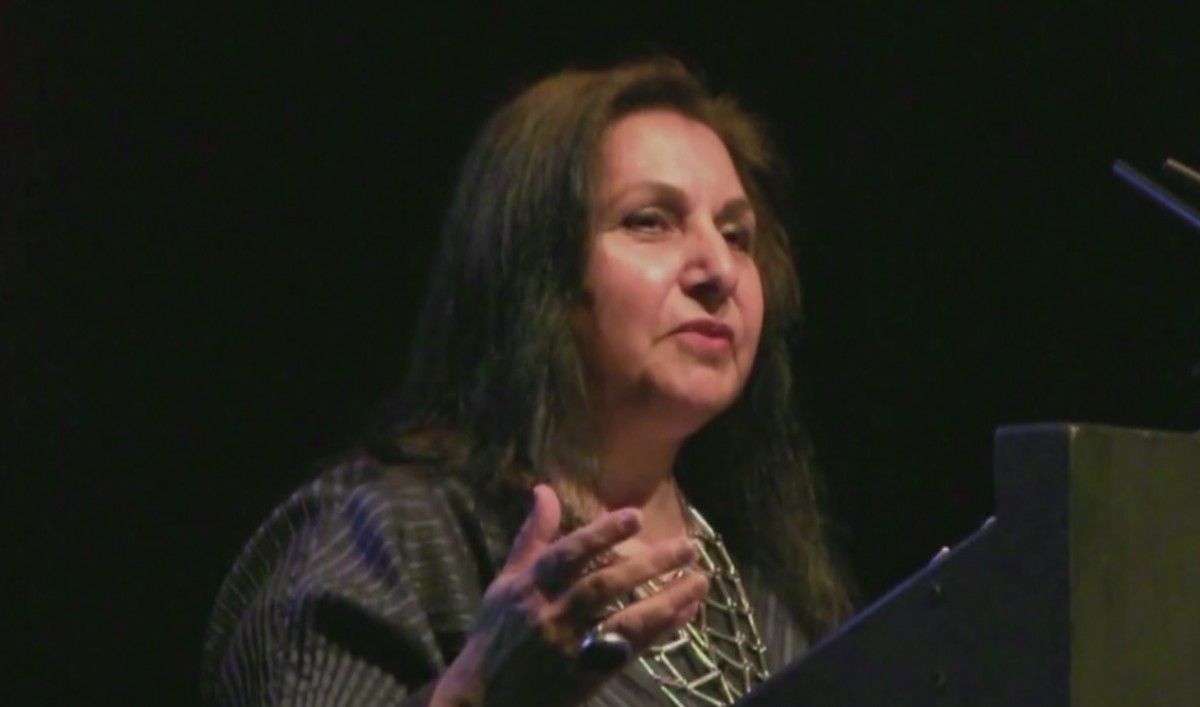 Dharker focusses the reader’s gaze on many variants of difference, all kinds. Listing particular transgressions, from those in the realm of the personal and the private to those that are in the public realm and can be deemed anti-national, Dharker draws the contours of a world wherein difference is recognised and marked.

So, we move from the speaker’s inability to understand why certain people will destroy and damage rather than allow variance to one where her speech itself is seen as unlike that of the people around her, as something that marks her out.

As the poem progresses her identity, race, sexuality all evoke the same response: “She must be from another country”. But alongside the speaker’s difference we also see the difference in the ways in which people react to her: the same sentence is spoken in a variety of tones, with condescension at her incomprehension and eventually annoyance, pity, disappointment and disapproval.

In the world of the poem, ‘they’ are quick to point out the speaker’s inability to fit in and ‘she’ is made to know her ‘other’ status, one which is underlined with every action of hers.

Till this point we are in comparatively safe territory: there is the speaker’s inability to fit in and the voices which see her as different, aberrant and to be pitied. But in the final two stanzas Dharker turns the poem around. She claims the right to be different and takes pride in it, and in doing so the speaker sets herself, and all those like her, apart from those who earlier deplored her inability to fit.

The ‘I’ and the ‘she’ of the earlier stanzas morphs into an ‘us’, a ‘we’ and the speaker recognises the presence, the existence of others like her, people who are unable to offer their loyalty to those who

“…wave a flag,
puff out their chests,
put their feet on our necks,
and break their own rules.”

What if we do not belong to, or want to go to, another country or the moon? Unlike James Baldwin who criticised America from the safe shores of France what if we believe we must stay on in India and yet speak up?

What if staying on in India has been a conscious choice, a decision which was made by people who chose to stay on in India at the Partition; people who came to India as refugees and immigrants; those who may be part of the majority community but believe in democracy and secularism, in spite of being practising believers?

And all those who do not wish to leave in spite of their markers of difference, whether in terms of gender, sexuality, community, or language? Patriotic maybe, though not nationalistic, what do these people do now, when anyone can label them anti-national or an urban Naxal, when imprisonment is a very real possibility for speaking their minds?

Also read: Injustice, Intolerance and Intimidation in the Making of a ‘Hindu Rashtra’

But even as she concludes “I must be from another country”, we who are still struggling to find our place may want to dispute that, or maybe read it differently: if nationality is a choice and a choice we have made and affirmed then is this “another country” elsewhere? Or is it in the small pockets of like-minded individuals, those who continue to speak up and voice dissent, those who are willing to stand and be counted for their idea of India?

Is this the “other country” we belong to?

Where we share a set of beliefs that may be at variance with the dominant belief systems in India currently, a place that nurtures difference and respects it, where blind loyalty is not a virtue, where mindless repetition of slogans is unnecessary, where all of us live. . .. All of us who still endorse the Tagore vision of a country which has not been broken into “fragments by narrow domestic walls”.

Anna Kurian teaches in the Department of English at the University of Hyderabad.