Book Review: Vignettes of Hindi Media's Revolution from One of Its Most Experienced Insiders

Through brief excursions into a variety of topics on which she has things to say, Mrinal Pande charts the growth of Hindi media over the years; from an underdog to the favourite tool of the powers that be. 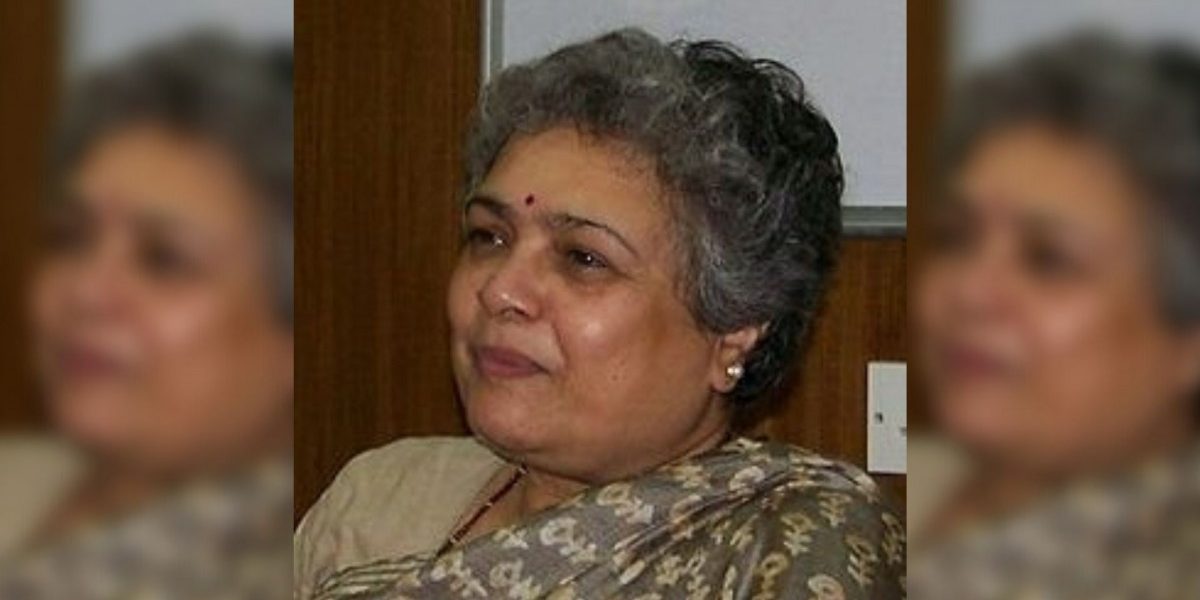 Mrinal Pande is one of India’s most versatile writers and editors, working with equal facility in Hindi and English. She has been a public intellectual and media leader for 40 years.

In her latest book, The Journey of Hindi Language Journalism in India. From Raj to Swaraj and Beyond, she celebrates and critiques the rise of the Hindi language in mass media.

Her reflections are based on a knowledge of India’s media business acquired in newspapers, news agencies, television and government during a long career as an author, journalist, editor and administrator. The changes have been vast, and she has been near the centre of many of them. 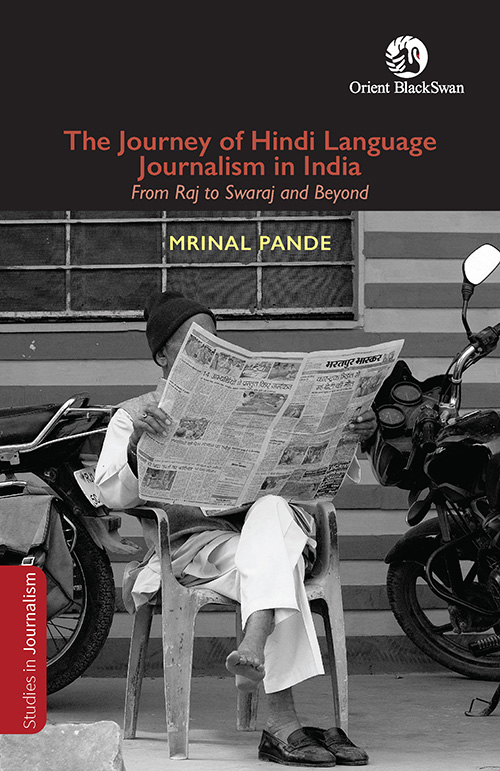 The Journey of Hindi Language Journalism in India. From Raj to Swaraj and Beyond,  Mrinal Pande, Orient Blackswan, 2022.

Hindi is India’s largest language, spoken primarily in the north by an estimated 600 million people or about 43% of the population of 1.4 billion.

Pande’s mother was a distinguished author of Hindi fiction, and although Pande has had an impeccable education in English, she is a fierce champion of Hindi.

Indeed, you can almost hear her spluttering as she recounts how, “I handled [as an editor] various monthly and weekly Hindi magazines and the multi-edition Hindi daily, Hindustan, for two of India’s biggest media houses. All through, I heard various chiefs of marketing tell me that I should excuse them for not reading the ‘product’ themselves, as they did not read Hindi.”

Another upwardly-aiming marketing manager “did not wish to be photographed with the lower-grade marketing staff of the Hindi paper” (66-67).

The focus on “marketing” pinpoints one of Hindi’s long-standing handicaps. Its elegant Devanagari script faced problems with Gutenberg technology when printing arrived in India 350 years ago.

Printing costs money. Type has to be manufactured and maintained, ink and paper purchased and a printing press found and operated. Skilled workers need to be paid. It’s not an accident that the first newspapers appeared in the 1600s as European traders set out around the world.

Trade needed information, and people who disseminated information could charge for it ‒ and for publicising other people’s messages.

Pande sketches the problems faced by Hindi’s Devanagari script in being adapted for movable metal type. Devanagari uses conjunct characters (joined-up combinations) and to print attractively in Devanagari required as many as 900 differently shaped characters (about nine times more tiny metal shapes than needed for the Roman alphabet). This problem was effectively overcome only in the 1980s with the arrival of computer-based typesetting and cheap offset printing presses.

Readership was another problem for Hindi. When India became independent in 1947, fewer than one in five people were literate, and in the Hindi areas of north India, it was closer to one in six or seven. If people read a newspaper, they were likely to read an English-language newspaper. Circulation of Hindi daily newspapers only surpassed English circulations in 1977.

Pande has been at the heart of the rapid transformation since the 1980s. Literacy grew, and attractive newspapers could be produced quickly even in country towns. Most important, advertisers awakened to vast, growing markets in rural India. Hindustan in Hindi, once the poor step-child of the influential English Hindustan Times, grew from a dreary 50,000 thin copies a day in the 1950s to 2.2 million a day, published simultaneously from 20 towns and cities in 2022. Hindustan wasn’t alone; big rivals expanded at the same time.

Also read: From Politics to Linguistic Battles – the Ghosts and Triumphs of Hindi Media

As small-scale newspapers became large media businesses, the owners entered the television market in the 1990s. Referring to the big four companies in Hindi media, Pande writes, “…all have, by now, acquired an impressive array of other media platforms in the digital world” (85).

The biggest operators have developed a cozy relationship with the ruling Bharatiya Janata Party (BJP) government which “is fully aware of the importance of Hindi for carrying its message to every last village”. There have been “rich dividends for both the government and the media houses” (131).

She sees the vigour of Hindi media can be too easily fitted into the Hindu-supremacist view of what India should be ‒ a country where Hindi is not just the largest language, but the dominant one. Such a line engenders “fears and worries of the non-Hindi states” (138) where 55% of the population lives.

Pande details deficiencies and ominous tendencies. One is “paid news”, in which advertisers or politicians pay for celebratory stories positioned as “news.” Another is ruthless cost-cutting to the point that news-gathering is left to poorly paid stringers with little training and few employment rights. A third is the nature of the Web which “sends out content … polluted by aggregators and algorithms propagating … [an] incendiary mix as news” (146).

The age-old problem remains: how to pay the bills? In recent years, Facebook and WhatsApp have vacuumed up “70-80% of the digital advertising in India” (152). Government advertising becomes even more important for printed publications.

The book is at its best when Pande writes about changes she is seeing or has been part of. The eight chapters are peppered with sub-headings introducing mini-essays on topics about which Pande has things to say. This gives the book a fragmentary feel, more a mosaic than a portrait; but it has the advantage of enabling browsers to find topics specific to their interests.

For readers outside of India, the book highlights the growing importance of India’s largest language and the immense transformation of India’s capacity to produce and consume information. For Indian readers, the book represents the reflections of one of the country’s most experienced insiders on Hindi’s media revolution.

Robin Jeffrey is a Visiting Research Professor at the Institute of South Asian Studies, National University of Singapore.