Militant Poetics: What the Taliban's Verse Says About Them and Us

Some of the hostile reaction to 'Poetry of the Taliban' makes it clear that any attempt to humanize the militant is likely to be condemned as a way of “sympathising” with his cause. 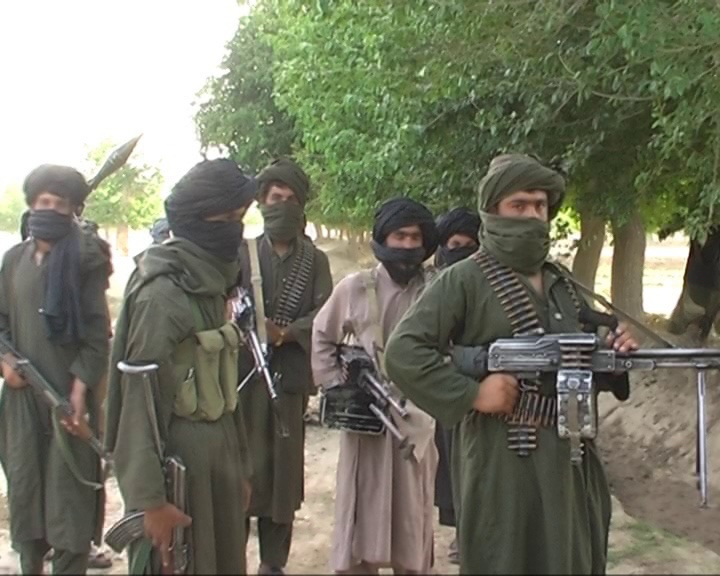 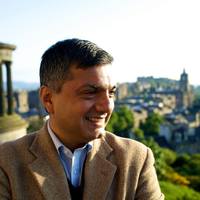 A journalist I know had the opportunity of meeting Mullah Mohammad Omar early in the Taliban’s career, just as they were embarking upon the conquest of Ghazni, in February 1995. The Taliban leader, he told me, extracted the gilded wrapping-paper from an empty pack of Silk Cut cigarettes and penned instructions for his army on the back of it. In a region where Silk Cut is known as a “woman’s brand,” this image is curious enough. More interesting, however, is the possibility that the shiny cigarette paper served as an impoverished descendant of the gilded edicts or farmans of past monarchs. Did Mullah Omar, I wondered, possess a collection of empty Silk Cut packets for his official pronouncements?

If nothing else, this story tells us how important the aesthetic dimension is for even the most utilitarian militant practices, and how intertwined it is with all that is modern, western and indeed “quotidian” about the world. There is no easy way of distinguishing tradition from modernity here.

The aesthetic dimension of Taliban life is even clearer in these verses from a poet named Sayyed:

I keep the arrows of expectation in my heart like flowers;
My friend, I keep the lamp of hope lit for your coming.
I incite many lovers’ hearts to dance to the sound of my voice;
Always, like the nightingale, I keep the melody of grief in my heart.
Yet it is too young to be hurt; I am afraid it may hurt itself;
I will certainly safeguard this lion from the forest.
Even if time brings the ugliest revolutions,
I will keep the fold of my turban pious.
Sayyed! Even if I am destined to live in far away cities,
I will remain the rough Pashtun of the mountains.

Taken from a collection of Taliban poetry put together by the Kandahar-based researchers Alex Strick van Linschoten and Felix Kuehn, and published under the title Poetry of the Taliban by Columbia University Press, these lines force us to think differently about a group that otherwise receives a great deal of attention, though for different reasons and along very narrow lines. Is this a poem about love, exile, some awaited revolution or all three? It is perhaps their ambiguity that makes these lines so rich in their aesthetic as much as political force.

Whether members of the movement or sympathizers, the authors represented in this anthology (to which I have contributed the preface), post their work on the Taliban’s website, with recitations of their verse frequently stored on cell phones and transferred from one person to another by way of Bluetooth technology. Here, too, it is impossible to draw a distinction between a tradition of oral literature and modern communication technologies.

Offering us alternative visions of militant life, this poetry puts into question many of our assumptions regarding it. How might we reconcile the insurgent fanatically committed to an austere religious cause with the poet writing delicately of love and beauty, as well as murder and violence? The following verses by Pordel Bustan, one of the writers in this collection, are not untypical:

Your eyelashes never miss
When they are turned against someone.
Your looks have grabbed my heart,
Its heart’s habits are like that of a thief.

And here is Shahzeb Faqir, whose verses can be read conventionally, as representing a desolate lover, or politically as an elegy to a country ruined by war:

The village seems strange; this is separation
As if my beloved has left it.
The grief of separation is so cruel that it is not scared of anyone;
When the soul does not leave the body it shakes.
Like a flower withering in the autumn,
Autumn has now come to my love.
I remain alone with my shaggy head of hair
Uncomprehending; my heart has been sad for a long time.
In a flash, it put a hole in my entire world;
Each affair is like an arrow.
Oh Faqir! Better be sad.
Who told you that love is easy?

Rather than seeing it in merely instrumental terms as propaganda, we should recognize this verse as providing militancy with its existential dimension. Given the popularity that certain forms of poetry enjoy in a large part of the Muslim world, from North Africa to Central Asia, we can even say that it is verse, not prose, that provides life experience with its moral norms and sentimental texture there.

It is not surprising, then, that poetry has long been a part of Muslim radicalism, with the Ayatollah Khomeini himself the author of a large collection of verse. In keeping with his traditional background, Khomeini wrote mystical couplets in which God is commonly portrayed as an alluring woman, divine knowledge described as intoxicating wine, and the arid piety of cleric and mosque rejected for the pleasures of heresy and the tavern. Rather than displaying a prurient interest in sin, poetry of this conventional kind represents a realm of inner freedom. Even the most observant Muslim can thus adopt a critical distance from the regulations of faith, while at the same time investing them with an apparently alien pleasure. In one couplet the Ayatollah, who used the pen name Hindi (Indian), describes the darkness of his character’s skin as a lover’s blush:

The Indian doesn’t utter the secret of your love
What can I do if his colour betrays him?

While Khomeini’s verse was old-fashioned enough to make no explicitly political statement, the Taliban’s poetry, which draws upon many of the same literary sources as the Ayatollah’s, is replete with them. Instead of turning to the Koran or Islamic law for their politics, however, Taliban poets tend to refer to the literature produced in this region by nationalist and socialist authors during the twentieth century.

So, unlike the preoccupation of al-Qaeda’s writers with what they see as Islam’s long and global history of conflict with Christendom, Taliban versifiers are concerned with a past that is largely Afghan, one whose chief example of conflict is provided by the Anglo-Afghan Wars of the last two centuries. Indeed, the Persian literary tradition that links Taliban poetry to the refinements of Khomeini’s verse also distinguishes it from the Arabic themes preferred by al-Qaeda’s writers, which are characterised by the charging horses and fiery deserts of pre-Islamic lore. Yet every now and then al-Qaeda’s poetry also attempts to describe an Afghan landscape, as in the following verses by Osama bin Laden from an audiotape addressed to the Iraqi people in 14 February 2003:

I shall lead my steed
And hurl us both at the target.
Oh Lord, if my end is nigh,
May my tomb not be draped in green mantles.
No, let it be the belly of an eagle,
Perched up on high with his kin.
So let me be a martyr,
Dwelling in a high mountain pass
Among a band of knights who,
United in devotion to God,
Descend to face armies.

Like their anti-colonial and communist predecessors, Taliban poets sing of battlefield heroines like Nazo and Malalai, both figures from the Anglo-Afghan Wars who fought alongside men, and indeed include at least one woman in their own ranks. Disdaining practically any mention of Mullah Omar, Osama bin Laden or indeed the virtues of the Islamic Emirate before 2001, such writers are as much interested in pastoral landscapes and love as in revenge and war. And in this way their verse moves beyond the hard political dimension of the Taliban to reconnect its supporters with the societies that surround them, all of which have been shaped by the interlinked cultural traditions of Persian and Urdu poetry. So the senior Taliban figure Abdul Hai Mutma’in writes in a familiar vein:

It is late afternoon and the wind speeds up and then stops;
It brushes against the pine needles and makes a low noise.
The pine tree with its strong structure bows and straightens its head back;
It hangs its branches loose down its face, and dances while standing on one leg.

Despite its popularity, which goes well beyond the official pronouncements of the Taliban, the movement’s aesthetics has routinely been ignored by analysts, who – if they take note of it at all – are likely to dismiss it as non-modern or even occult in character. So the Muslim radical can only be seen as fearsomely rational in his dedication to evil, or on the contrary as an irrational dupe of religious fanaticism.

In either case he is to be dealt with by force primarily, since he cannot after all be as human as we are. And yet it is remarkable how much of the Taliban’s poetry is about the loss of humanity and its attempted recovery, whether it is by Afghans themselves or even those seen as their enemies. Here is a poem by Hejran, who asks the coalition forces to leave because they are unable to retain their own humanity:

And here is Lutfullah Latun Tokhi writing about a friend who has been corrupted by wealth:

It seems to me that everything has changed,
It seems there is deception amidst our friendship.
I had gone with you sincerely
But your footsteps show you have taken the wrong path.
I don’t trust your admissions anymore,
Full of frauds, it seems you are a thief of the tamarisks.
Here, lamps are put out, darkness spreads;
Lamps are turned on in each of your houses.
Saqi! I desire intoxication, but don’t bring me more wine;
Your bottle is the murderer of love.

Some of the hostile reaction to Poetry of the Taliban makes it clear that any attempt to humanise the militant is likely to be condemned as a way of “sympathising” with his cause. This suggests that our notions of enmity have diverged from those informing the laws of war which have in any case largely been discarded since 9/11, dedicated as they are to recognising the enemy as an equal. Of course, colonial wars had rarely been conducted in accordance with these laws, so apart from the Taliban’s many brutalities there exists a European precedent for dehumanising them.

Yet what strikes me about our fascination with their evil is the possibility that we are unable to make war on our enemies today without rendering them inhuman. And far from being a sign of bloodthirstiness, this inability may well result from our very concern with human rights and humanitarianism, which no longer allows us to fight an enemy on any other ground than his inhumanity. Is it the paradox of a society increasingly dominated by humanitarian considerations that it should refuse to recognise the humanity of others?

Faisal Devji is a Fellow of St. Antony’s College and Reader in Modern South Asian History at the University of Oxford.