Milan Vaishnav’s recently released 'When Crime Pays - Money and Muscle in Indian Politics' explores the co-existence of democracy and illegality, and why it is repeatedly blessed by voters. 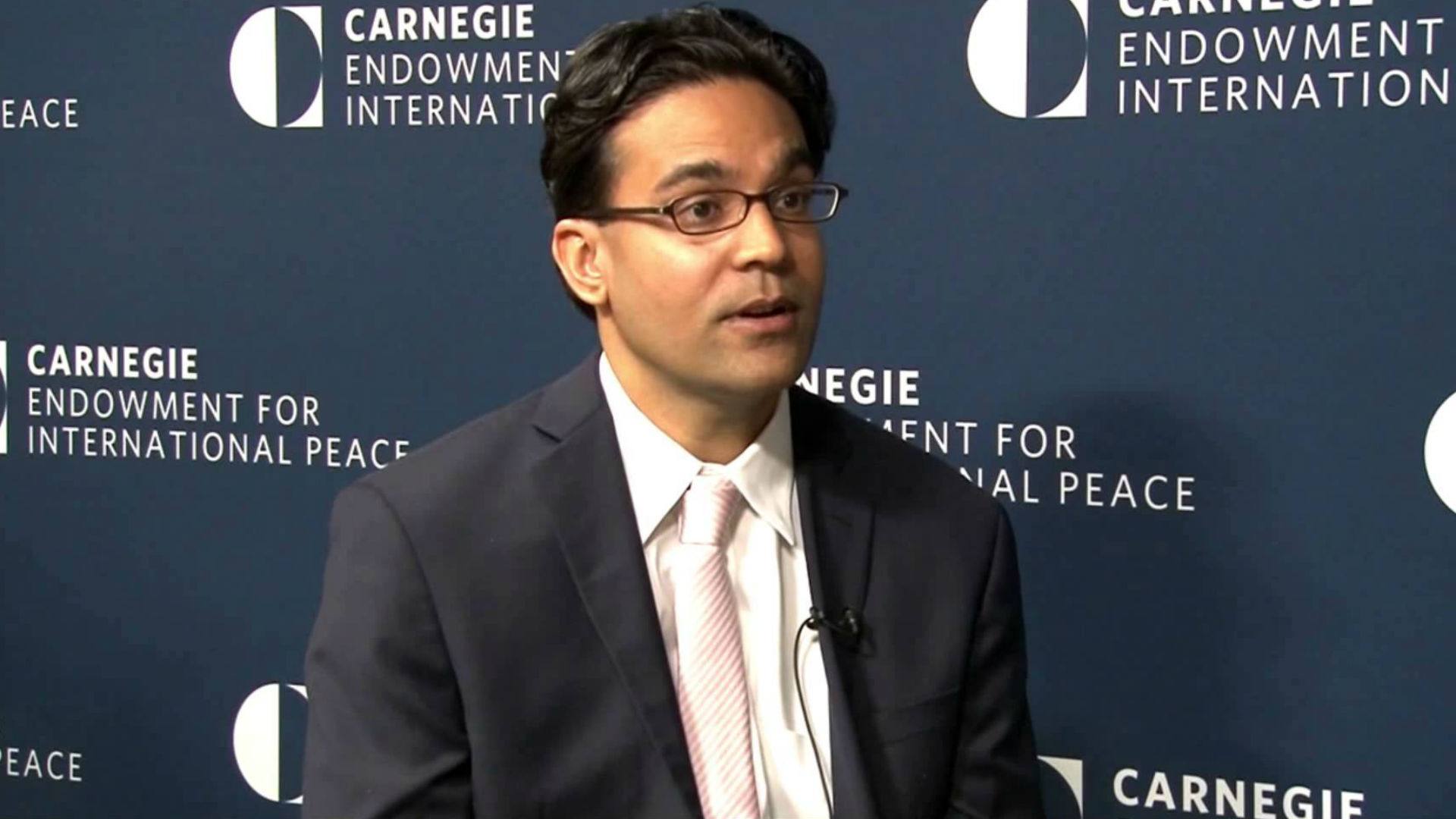 Milan Vaishnav, a senior fellow at the Carnegie Endowment for International Peace, has made a mark in a relatively short time as an expert on the political economy of India. His data crunching is legendary and much needed for establishing statistically what many Indians might know instinctively – that crime is a big part of politics today. They have seen the criminal-politician as a protagonist of ‘realist’ films, fixing, managing and growing his empire while delivering results to voters. Vaishnav’s recently released When Crime Pays – Money and Muscle in Indian Politics explores the co-existence of democracy and illegality, and why it is repeatedly blessed by voters. The first comprehensive study of its kind, the book helps explain many paradoxes of Indian politics.

You said at your talk at Carnegie that the criminal-politician is a product of democracy, not an antithesis of democracy. Can you explain the idea in more detail?

The point I was trying to convey is that so-called “tainted” politicians in India are finding success in some of the world’s most competitive elections. Like all politicians in India, candidates with criminal reputations also live and die at the ballot box. They are a byproduct of democratic practice. Now, do many criminal politicians rely on coercive measures to succeed? Undoubtedly. But their success cannot be reduced to coercion alone, especially as election-related monitoring has greatly expanded.

To think of them as subnational autocrats misses the point, in my view; politicians with criminal connections and democratic accountability can be compatible. Granted this form of accountability is often partial or imperfect. In many respects, it does not conform to our standard notions of what democracy ought to look like. But we have to acknowledge the reality that there is a “demand” for politicians with criminal reputations emanating from the electorate. Voters are often voting for such figures because, rather than in spite of, their criminal bona fides. They are not all being duped by savvy politicians; there is a strategic logic behind their actions.

India was unique among developing countries coming out of the yolk of colonialism in adopting a democratic system. Institutions were not in place and the compulsions of democracy made shortcuts inevitable. The erosion of institutions was almost simultaneous with their building. Do you think the rise of criminals in politics was inevitable given political parties’ need for funds?

The rise of criminals in politics was not inevitable, but it is understandable. The way in which democratic, economic and social change has outpaced governance has created a vacuum of authority that is being filled in by strongmen who promise to “get things done” for their constituents. Until this institutional gap shrinks, such strongmen will have some measure of popular appeal. But, the Indian experience should not be thought of in monolithic terms. The two principal ingredients, in my view, that give rise to such criminal politics – weak rule of law and charged social divisions – are not uniformly distributed across the country. As I write in the book, one should not think of the marketplace for criminal politicians as a wholesale market but as a series of hundreds or thousands of local markets across the country. The functioning of any given market is going to vary according to local contextual factors.

Would you say that all major political parties are equally tainted by criminal politicians? I might have thought the Left parties are less prone to the disease. What does your research show?

The nexus of crime and politics touches parties of all stripes in virtually all corners of the country. The Left parties have not been immune. Just take one look at the level of political violence in Kerala or in West Bengal. The goondagiri one sees now in West Bengal that many now associate with the Trinamool Congress was before linked to the Left Front. National parties have not distinguished themselves on this front, nor have regional parties. The Aam Aadmi Party began as an experiment created in opposition to this kind of politics, but it too has often made compromises in favour of “winnability.”

Do you think as India modernises, industrialises and improves governance, the criminal politician would fade? Or would he morph into another avatar?

In the first elections after independence, parties used to contract with criminals to do their dirty work around election time. As the Congress party’s national hold began to weaken, identity politics deepened and the cost of elections surged, criminals moved from the periphery to centre stage. Today, in many respects, the so-called criminal and the politician are embodied in the same individual. But the outright violence and coercion they once employed has reduced, thanks to Election Commission strictures. In its place, money power has grown in importance. I expect the next phase of evolution will be away from gangsterism as we understand it and toward deeper crony capitalism. So many goondas in politics who got their start running criminal rackets are becoming businesspeople today. I expect that is the next avatar. As I have jokingly remarked before, we are seeing the transition from Godfather I to Godfather III play out in front of our eyes. 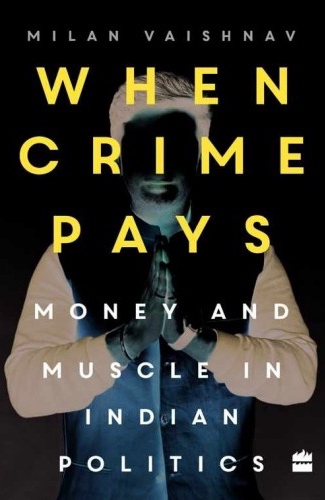 Your book is about India but it seems relevant in today’s US too. There are always billions spent in US presidential elections but this time there was ‘muscle’ too, especially at Donald Trump’s rallies where intimidation was the norm. Would you agree?

The parallels with the Trump phenomenon are rather striking. Many American voters knew of Trump’s past supposed transgressions – regarding women, his businesses, and his tax history – but they voted for him anyway. The moment I first recognised the parallel between the non-traditional Indian politicians I study and Trump was when he announced during the primary that, his popularity was so great, he could shoot a man on Fifth Avenue and still win the election. If you think about the two animating factors behind the Trump phenomenon, they are the same factors we often see in India.

The first is a perception that government is broken and is unwilling or unable to deliver for the little guy. The second is a sense of social division that Trump cynically manipulated in order to consolidate the white vote, especially among those without a college degree. As James Fallows of the Atlantic has noted, social cleavages, racial differences and concerns about immigration – all of these things are realities. But Trump, and the ecosystem around Trump, helped to increase the salience of these cleavages for political gain. Identity politics, in other words, is socially constructed. From the opposite end, you could also argue that Democrats in recent years have not done enough to cater to this group, which further fuelled a sense of disenfranchisement.

What similarities do you see between the way money moves around in the US political system and in India? One could argue that corruption in the form of millions of dollars being given through ‘campaign donations’ and Super PACs – admittedly legitimised via laws – is just as high. Pharmaceutical companies and telecom giants flood campaign chests of every politician and get laws written to their benefit. So is India all that different. Yes, it is a cruder, ruder version but corruption is rampant in both countries.

One disappointing development in American politics in recent years is the rise of so-called “dark money.” America has been far from a beacon of virtue when it comes to money in politics, but until recently it had a system of reporting and disclosure that helped establish a certain baseline degree of transparency. With the Supreme Court’s ruling in the Citizens United case and the rise of Super PACs, we are gradually surrendering that benefit. In India, there is very little transparency when it comes to how politics are funded. The best we can hope for in the short run is better disclosure with harsher punishments for those who violate the rules.

As someone who is familiar with both India and the US, what would be your three or four top recommendations to clean the system?

First, when it comes to money in politics, I am frankly pessimistic about bringing down the cost of elections in the short-term. I think the focus has to be on transparency in political funding. We have to insist on better disclosure, both on the giving and the receiving ends. Let voters decide how to use that information when they enter the polling booth. They may not at first, but that is ok – it is out there and someone will eventually pick it up.

The second key is investing in better enforcement. This applies mainly to the Indian case. Right now, the Election Commission has difficulty taking action against candidates who provide false or misleading information on their candidate affidavits or election expenditure statements, even when compelling evidence exists. The government’s view, and this applies to the current government as well as the previous one, is that the commission should not concern itself with this. It should only take action if there is missing or incomplete information. In his Budget speech, finance minister Arun Jaitley announced that parties would have to comply with income tax (IT) rules when it comes to submitting their accounts. But there has to be someone on the other end carefully scrutinising these submissions. Election watchdogs complain that this is not given a high priority right now. This has to change.

The third recommendation is about governance. In both countries, there is a sense that public institutions are unable to keep pace with the aspirations of the population. In India, many of these institutions have to be built up from the ground up. In the United States, we are seeing a kind of democratic decay, to borrow a phrase from Francis Fukuyama. There are many reasons for this, not least rising inequality.

We have to move beyond simplistic debates about growing the state or cutting the state. In India, for instance, two things have to happen simultaneously. On the one hand, red tape has to come down. This excessive proceduralism provides incentives for businesses to seek favours and politicians to hold on to the discretionary powers they have to grant them. The end result of this is a system that is rife with corruption. At the same time, India requires new investments in the human resources of the state – in civil servants, judges, police officers, tax collectors and so on. In many domains, the state is unable to carry out its most basic duties in an effective manner.