Wheeler delves into her mother Kuldip ‘Dip’ Singh's ancestry in the subcontinent, and tries to locate her own present in India and Pakistan. 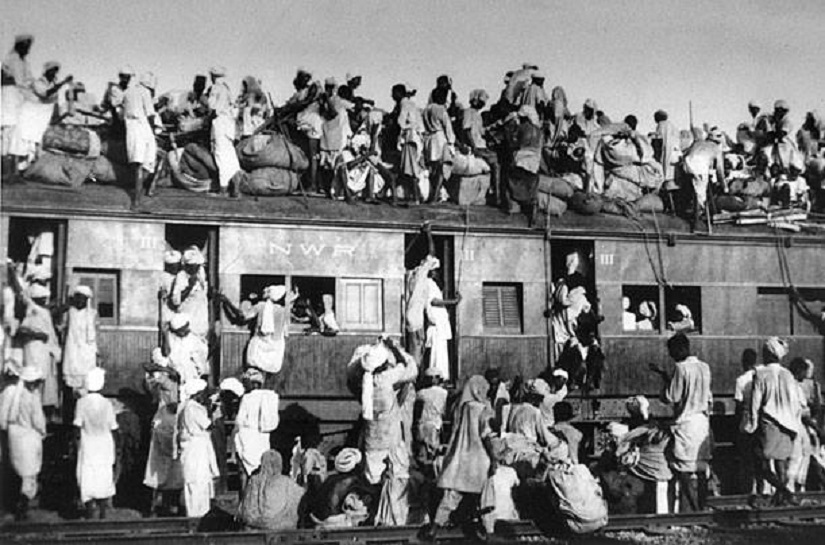 Refugees board a train during the partition of Punjab. Credit: Partition Museum, Amritsar.

Marina Wheeler is known professionally as a Queen’s Counsel practising in London, and by some as the former wife of British Prime Minister Boris Johnson. Marina’s father Charles Wheeler was British, her mother Kuldip ‘Dip’ Singh an émigré from Sargodha to New Delhi. Marina needed visas to visit her subcontinental past.

Charles was the BBC’s correspondent in New Delhi when he met Dip on the rebound after her failed marriage to Daljit Singh (the younger brother of the novelist Khushwant Singh). They married in 1962. From India they moved to Germany, the United States and finally to Garden Cottage in Sussex, where he died and she lived until February 2020, her back turned on India. After Marina published a review of Gurinder Chadha’s film Viceroy’s House – a brave cinematic attempt to plumb subcontinental fissures that “lie too deep for tears” – Marina was approached to write a book about her maternal origins. Her mother Dip – then a Sikh teenager – had survived the trauma of Punjab’s partition, of having to leave behind “the Sargodha Homestead, the beautiful house on Civil Lines, the garden and its fruit trees, indeed their whole way of life”.

Dip should have been an obvious source; she proved less than forthcoming. Dip’s father Dr Harbans Singh – known in the family as Papaji – had wisely told his children when they fled from Sargodha to Delhi in 1947 to “Never speak about what they had lost”. After 73 years, his granddaughter Marina felt she could now break that silence. 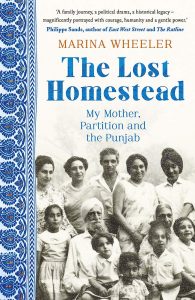 The Lost Homestead: My Mother, Partition and the Punjab. Publisher: Hodder & Stoughton

Marina decided to search for the skeins of Dip’s past and her own present in India and Pakistan. Her book The Lost Homestead: My Mother, Partition and the Punjab (released this Nov 12) is the result. Her family tapestry uses as its warp India’s struggle for political freedom and for its weft, Dip’s struggle for personal freedom.

The extended family of Marina’s Sikh maternal grandfather Dr Harbans Singh still abounds in India. To her, “Golf Links, Sujan Singh Park and Cuffe Parade [are] the core clusters” of her Indian family. But she cannot help seeing them through British eyes. In a brilliant vignette, she pinions the predicament of the British-Indian diaspora. An Indian cousin complains of the “disloyalty” shown by a Sikh MP in Westminster for speaking in favour of the Muslim burqa. Another retorts: “He is the Right Honourable Member for Slough, not Patiala.”

Marina’s only tangible association with Pakistan was a photograph taken in May 1938 of her grandfather at the opening of the Female Hospital in Sargodha. She brought it to Pakistan in 2017, when she visited Sargodha in a quest to discover her grandfather’s “extraordinary house”, the hospital where he worked until 1947, and his fertile lands in Handewali. The intangible assets he had taken with him to Delhi were the non-negotiable title of Sardar Bahadur and an Order of British Empire (OBE) medal for his social work in Sargodha.

Despite Marina’s efforts on the two occasions she visited Sargodha, she could do no more than surmise where her family home might have stood, where the Handewali lands could have been, or the school where her mother had studied. She took photographs of a school and sent them to her mother Dip, hoping to jog her memory. Dip’s reaction from Sussex was brief. Marina writes: “She is sorry to disappoint me, she says, but the pictures don’t mean anything to her. All she remembers is a scruffy little schoolroom.”

Human memory is an unreliable archive. Marina discovered a 90-year-old retired professor of history at Sargodha University. Although he had compiled a history of Sargodha, he remembered little of use. Marina found much more substance in the repositories of our colonial history – the Pun­jab Arch­ives, in India and the UK.

They revealed unexpected surprises. Marina quotes, for example, an extraordinary admission by Sir Cyril Radcliffe to his stepson. In a letter written on August 14 and sent in one of the last envelopes to bear the British crown, Radcliffe laments: “Nobody in India will love me for the award about the Punjab and the Bengal and there will be roughly 80 million people with a grievance who will begin looking for me. I do not want them to find me.” Did Radcliffe seriously fear being assassinated in London, of becoming another Sir Michael O’Dwyer?

Delving in the Delhi archives, Marina reads first-hand accounts by a few of the millions of Muslims, Hindus, Sikhs, Punjabis and Bengalis whose lives had been so cruelly eviscerated by Britain’s precipitate, inglorious exit. Marina realises that “when the past is painful and its meaning contested”, whe­ther in Sargodha, Sussex, India, Pakistan or Bangladesh, “it’s time to move on”.

Her poignant memoir reminds us that our past shares no borders with our present.

This article was originally published in Dawn and is republished here with permission.