Book Review: The Mythmaking Around Parrikar’s Life Hid Many Compromises

A new biography of the Goan politician, who had a cult following but was obsessed with holding on to power, has something for both his admirers and disparagers.

Manohar Parrikar at a polling booth in Panaji in 2017. Photo: Author provided.

Manohar Parrikar enjoyed something of a cult following within the BJP in Goa but also had his share of critics. These grew exponentially in his last term in power, when he failed to live up to his much-hyped promises. A recently released political biography of the former Goa chief minister, who also served as Union defence minister, has something for both his admirers and disparagers. But it fails to substantially analyse and contextualise the rise and legacy of a politician who was so hung up on power that he clung on as chief minister to his dying day at great cost to Goa and the democratic process of government.

“In 2005, he told me the feeling of losing power was as painful as someone trying to rip off one’s skin. He even said that he finally realized why Congress leaders would feel restless without power,” one of Parrikar’s confidants and RSS man Ratnakar Lele is quoted as saying. Whether the decision to not step down came from a profound sense of loyalty to the BJP – to ensure the party’s untrustworthy allies wouldn’t conspire to form an alternative with the Congress – or because of his abiding belief that only he had what it took to govern Goa, the authors fail to explore. 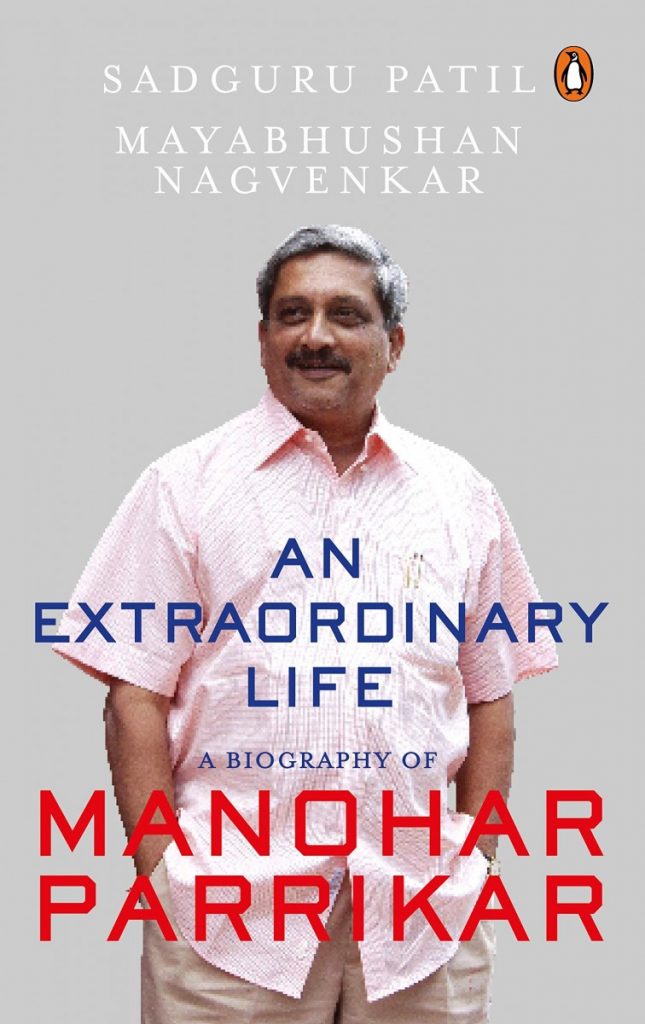 Written by Goa-based journalists Sadguru Patil and Mayabhushan Nagvenkar, An Extraordinary Life: A Biography of Manohar Parrikar (Penguin Random House India) released a little after a year since Parrikar died from pancreatic cancer aged 63, tracks the life and political trajectory of the BJP politician from his childhood in small-town Mapusa—where his father ran a grocery store—through his years at IIT Bombay, his political baptism via the RSS and his eventual rise to power. There’s even a chapter on his quirky food habits.

“Dedicating a chapter about food and other habits may appear to be slightly incongruous in a political biography of a former defence minister and a politician who went on to define an entire political era for Goa. But his maverick personality, marked with oddities, charm and human flaws, went a long way into the making of his aura, which along with his sharp political acumen, carried him far.” (Emphasis added)

They claim, “By virtue of rank, Parrikar became the state’s tallest politician ever, with his appointment as defence minister in 2014. Veteran Goan politicians like Ramakant Khalap of the MGP [Maharashtrawadi Gomantak Party], Eduardo Faleiro from the Congress and BJP’s Shripad Naik have served as Union ministers of state, but none could pass the vertical barrier to become a full-fledged cabinet minister.”

Parrikar came into electoral politics in 1994 with the BJP’s debut in the state assembly. An early ambition to move to parliament was nixed with his 1996 defeat. The RSS’s astute and hard-nosed deal brokering with the MGP (which eventually emasculated the regional party to a has-been) helped the BJP and also Parrikar grow in Goa.

Even if unintended, the book does a harsh takedown of Parrikar in some passages: “His tenure in power, especially the later phases, was marked with some of the most brazen betrayals of promises and an administration that at best ranged from average to below par.” The sweeping assertions and liberal use of superlatives (the “extraordinary” in the title for instance) play into the BJP’s agenda of writing out the past to plug its new icons. (Invincible a pictorial tribute to Parrikar as “India’s most beloved Defence Minister”, was released by the Centre on his first death anniversary this March. The Goa government too has commissioned a journalist who was close to Parrikar to produce an official biography for a fee of Rs 10 lakh.)

As defence minister, Parrikar tried to insidiously erase Nehru’s role in liberating Goa by projecting only the armed forces, ignoring the many years of diplomacy between India, Portugal and the UN that preceded the 1961 action. With patience running out, Nehru defied the US to order military action which was launched on December 17 of 1961 and wrapped up in two days after Goa’s takeover.

“Although Parrikar insisted on returning to Goa for purely political and personal reasons, he would often raise the emotional, patriotic pitch with his trademark refrain that he returned to his home state after paying a debt to the Indian Armed Forces—by serving as the defence minister… ‘The Indian Army liberated the state. I think that was a debt that needed to be paid back,’” the book says, using a quote from 2018.

His successor, Pramod Sawant, Goa’s current chief minister, who was recently ticked off by governor Satya Pal Malik for his ‘botched handling’ of the coronavirus crisis, has sung a similar refrain blaming Nehru for “delaying” Goa’s annexation.

Quoting Lele again, the account claims as defence minister, Parrikar had differences with Arun Jaitley. “He never mentioned it publicly, but Parrikar often told me how Jaitley was delaying the resolution of the OROP (one rank, one pension) issue.” With Jaitley’s demise, there’s no way of sifting the chaff from the truth of these claims.

Seen through the narrow prism of family and the inner coterie of confidants and advisors (one of them a discredited former state advocate general), the biography offers an intimate account of the former chief minister’s personal life and a meandering one of his political journey. Missing, however, are the views of his critics and the few who dared stand up to him within the party. The former chief minister Laxmikant Parsekar and Union minister Shripad Naik, for instance, had openly rooted for Parrikar to step down more than six months before his passing away because of his debilitating health condition. 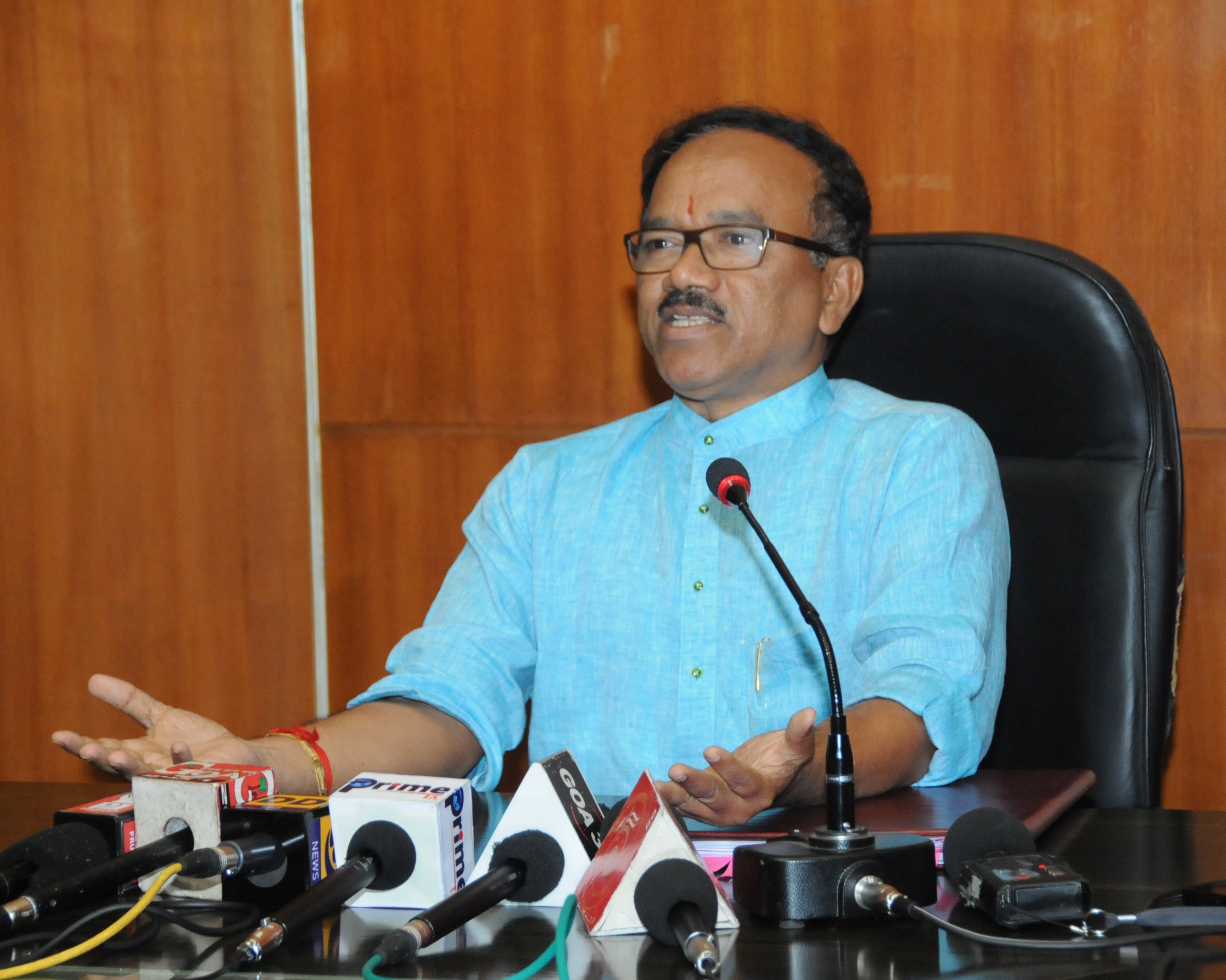 After an election victory in 2002, Parrikar was asked by a national magazine if he was an RSS man or a chief minister first. ‘Why can’t one be both?’ he responded. “I am a staunch RSS man and that’s why I’m not communal. What I have learnt from the RSS is to maintain justice. The RSS never taught me to be communal.” The question was perceptive, given Goa’s religious demographic composition and the initial aversion of the minorities to the saffron party.

If you’re looking for answers to Parrikar’s ambivalence on minorities and whether deep down, he did subscribe to the RSS view of a Hindu rashtra, you’re unlikely to find them in this book which deals with his RSS roots and his organising groups of karsevaks from Goa to Ayodhya (1990 and December 1992 when his mother went along) like they were taking a walk in the park.

In some elections, Parrikar went all out to polarise the vote, in others he desperately wooed the Catholics to breach the halfway mark, which the BJP managed for the first time in 2012. This was not as a result of his “social engineering skills” (another media created “urban legend”) alone, but a coalescing of a complex set of factors – an anti-Congress wave, a large infusion of funds (the casinos knew where to place their bets) and unprecedented media management that amplified the Congress’s warts and corruption. The sea of glum faces in the media section as the results flashed the BJP’s defeat in the next assembly election in 2017 said it all.

Parrikar “had promised to ban offshore casinos once in power…however, the Parrikar-led administration did not just allow much larger offshore casinos to replace the smaller casino vessels, but also did not move to appoint a regulatory mechanism like a Gaming Commissioner to ensure fair practices on the casino gaming floors,” the book says of his “legacy of U-turns” on casinos and mining. All this had been widely reported in the media.

Parrikar was indeed a leader of consequence in Goa. In the sea of faceless politicians that surrounded him within the BJP, he stood apart (the book calls him “the alpha” of the BJP). Driven by the singular ambition to make it to the top, his grassroots charisma and astute political leadership promoted the saffron party’s rise in Goa. A chapter on post-colonial politics would have given the book some depth and context. Where does his legacy stand for instance in contrast to the MGP’s golden age under Dayanand Bandodkar, or the chaotic years of Congress hegemony in Goa? Did the BJP bring any significant development in Goa (hundreds of government primary schools have shut down in recent years)? Just a recall of political developments of the last two decades is no substitute for critical analysis.

To those who’d written off the BJP in Goa after Parrikar, the saffron party’s proved it has not only survived but is thriving, one of the authors said in an online chat at the book’s launch in Panaji. The party has currently more Congressmen than those originally from the BJP in its legislature wing and a chief minister who can barely rule. The makings of several little rebellions, Congress style, are brewing within the Goa unit, one of them spurred by Parrikar’s son Utpal, who said people his father had brought into the party are being currently sidelined. Parrikar’s eventful political journey seems to be taking us right back to where it all began. A party looking more and more like the one it promised to replace.