The Play of Dolls, a translation of Hindi writer Kunwar Narain’s short stories captures to a large extent the spare brilliance of the author’s prose and his modern sensibility. 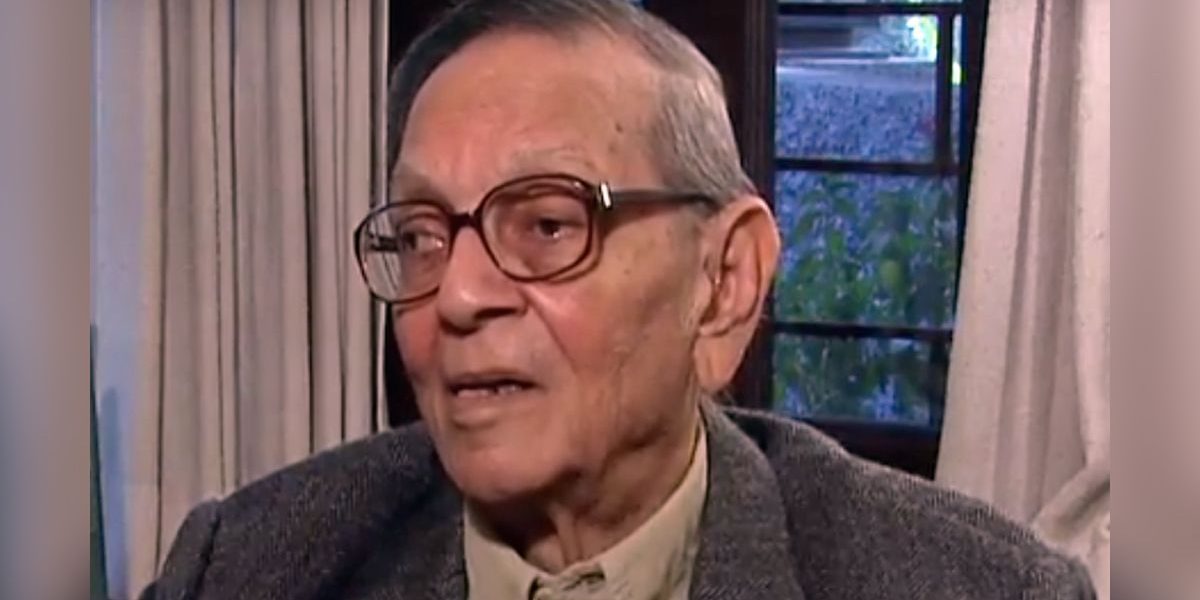 The Play of Dolls is a collection of short stories by the eminent Hindi writer Kunwar Narain translated from Hindi into English by John Vater and Apurva Narain. Published originally in 1971, the stories brought a decisively different and original sensibility to the genre.

In his preface to the collection, when it was first published, Kunwar Narain wrote of his desire to make “a dent in the familiar shape or species of the story” and present “the trial of human destiny”.

Addressing the reader, he asserts that his stories were written in the manner of “holding a conversation” while thinking things through with a “tranquil mind and heart — a romance with reality”. The reader is invited to be a conscious participant in processing the variety of experience being narrated, examined and analysed. The immediacy of this connect which he establishes is an early indicator of the tone and tenor of this collection of stories most of which resist any easy categorisation.

In his attempt to make the  genre more flexible, he focuses on the  interior structure of the story rather than the narrative and asks his  readers to look at it from a “new point of view” so that “they are not mesmerised by the magic of the story, but remain fully alert, hand-in hand with the story teller, and continue to reason and counter reason with themselves.”

This intellectual engagement and experimentation is typical of the stories which offer a smorgasbord of allegory, satire and humour, depicting various shades of an individual’s struggle to survive in a complex and often contradictory world.

The first story in the collection, The Court of Public Opinion, appears to be a study of the absurdity of life. It depicts the chameleon-like changeability of public opinion in a world in which a sufferer is berated for his stupidity rather than gaining any sympathy. The Other Face illustrates the superficiality of human opinion which is often erroneously based on external appearance and behaviour.

Other stories such as The Shirt, The Official and Big Man can be read as satires on contemporary life, illustrating the helplessness of the ordinary man in the face of apathetic officialdom or as he is caught up in events which are completely beyond his control, on the multiplicity of truth and on the flimsiness of petty power.

The small-time railway official in Big Man enjoys his brief moment of power when he closes the barrier at the railway crossing, denying access to hapless travellers, but his moment of glory is literally smashed by a myopic individual who drives into the flimsy barrier and destroys it. The narrator wryly comments that perhaps in reality “it is he who is truly big, who doesn’t see that well… who can’t differentiate between light and dark. For that hero, every place is a wide-open road — nowhere a closed gate, nowhere a bigger man.”

Narain’s stories often move into and depict the interior space of the mind and its complex abstractions. The narrator of Suicide looks at life with an element of existential angst coupled paradoxically with the realization that while life may be a prison, it is one from which it is relatively easy to escape. The ironic twist in the story, however, comes from the fact that not only does the poison he buys to liberate himself from life turn out to be adulterated; he is in no position to complain to anyone about having been fooled.

Fear offers an abstract exploration of an emotional state while She invites the reader to contemplate the aesthetics of pure beauty and its relationship with reality, whether it can exist in isolation separate from its attendant humanity, its ability to inspire and to destroy. In each story, the reader is invited to be a conscious participant in processing the experience being narrated and needs to engage with it intellectually.

The scholarly Introduction to the Penguin edition and the Afterward, provide necessary insight, especially for a reader who is reading Kunwar Narain’s work for the first time, into the oeuvre and life of a writer whose work has been honoured with the Sahitya Akademi Puraskar, the Jnanpith Award and the Padma Bhushan. Discussing the difficulties of translating the cultural dimensions and contexts of  Narain’s  prose, its confrontation of elemental truths, its  irony and social scrutiny, the translators acknowledge that  “the vitality of what Narain said is at least partly inseparable from the Hindi in which he wrote and the rich pluralism of the subcontinent.”

It is perhaps inevitable that the complexity of linguistic registers used by Narain and the manner in which they reflect the plurality of the cultural and social context of the country are sometimes difficult to translate. The translator faces the difficult task of balancing the meaning, allegorical and satirical intent and retaining linguistic and tonal authenticity.

Therefore, in some of the longer stories such as The Shirt the translators focus on the drama of the conflict between the protagonist’s spiritual desires and the constraints of a practical reality as that is the crux of the story. In The Mughal Sultanante and the Bhishti, on the other hand,  there is an attempt to be true to the linguistic and tonal authenticity of the more Urdu-Persian vocabulary as it is closely connected to the aesthetic integrity of the story and the context of the historical period.

Despite such constraints which are an inevitable part of any process of translation, The Play of Dolls nevertheless does succeed in capturing to a large extent the spare brilliance of the author’s prose and the complex reality depicted by him. Most importantly, it makes accessible to a wider audience the work of a literary stalwart whose writings combine a modern sensibility with an authentic, recognisable social and cultural concern.

Ranjana Kaul, who was associate professor of English at Delhi University (1981-2019), has translated The Saga of Satisar by Chandrakanta (Zubaan, 2018), In this Metropolis by Hari Kishan Kaul (Sahitya Akademi, 2011) and Paper Bastions by Meera Kant (Rupa, 2011).