Shock Doctrines, from Trump to Demonetisation

Naomi Klein's 'No is Not Enough' warns us about the political use of crisis in a time of ‘disaster capitalism’. Her analysis brings to light similar patterns in Modi’s India. 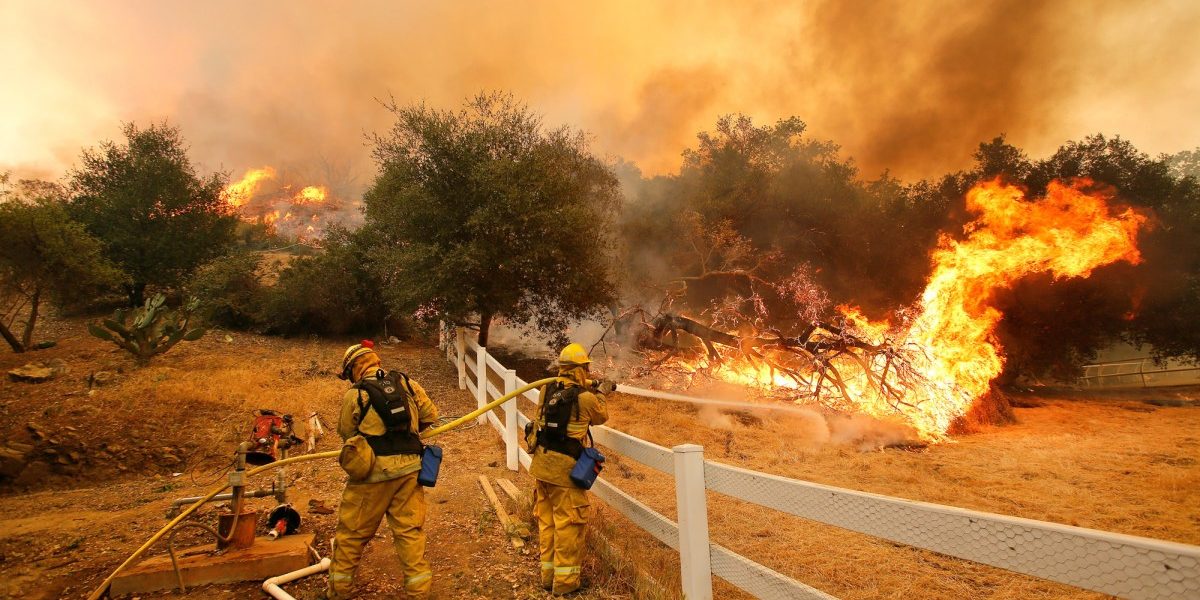 This is part two of a two-part essay and interview with Naomi Klein. Read part one here.

An image of the future, already available in the present – and shared by Naomi Klein in No Is Not Enough –  is of inmates of private prisons in California being paid $1 an hour to fight raging wild-fires, which worsen each year as temperatures rise. It captures the essence of Klein’s recent work: that the people holding power are increasingly the same people ready to profit from disaster.

‘Looking at Trump, what’s scariest is not the possibility that he doesn’t believe in climate change,’ Klein said. ‘It’s that he knows it, and is creating a regime in which he and the people he likes will be just fine.’  Global elites are no longer in denial about the outlook for the climate. Instead, they’re finding ways to profit from social breakdown and natural disasters, while attempting to insulate themselves against the fallout – whether by sealing a continent like Europe against refugees from the tropical world, or by sealing themselves into bunkers.

This was why, Klein said, she wanted to ‘underline the subculture in Silicon Valley and Wall Street of high-end survivalists who are preparing for some kind of social collapse by building gilded enclaves, and stockpiling medicines and other vital supplies.’ Klein had written, earlier, about the idea of a ‘sacrifice zone’ that was central to early industrial capitalism – ‘that certain people, certain places, have to be sacrificed for the greater good of economic growth’. Climate change promises costs so high, she said, that ‘that corrosive logic is spreading to include almost everyone on earth.’

Today’s sacrifice zone is The Apprentice loser-camp transposed to a planetary scale. Most Indians are living in it.

NINE drives home the political use of crisis in an age of ‘disaster capitalism’. There are risks to trying to map this analysis onto India; but there are greater risks to not doing so. Klein’s writing helps us recognise, back home, a government equally consumed by conflicts of interest – not just between sane policy and private profit, but sane policy and cultural power.

India stands knee-deep before two approaching tsunamis: one demographic and one ecological. The stakes of sane governance, that creates livelihoods and props up natural ecosystems, have never been higher. But there’s a dismal gap between the Modi government’s positions and its actions on the economy and the environment. 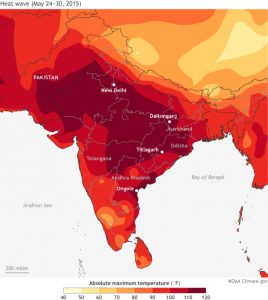 Hottest daytime temperatures in India during a heat wave in late May, 2015, which was blamed for 2,500 deaths. Source: NOAA Climate.gov

Nationalists who claim a worshipful feeling for their country ought to be good environmentalists. But a prime minister who promised to clean “Maa Ganga” by 2019 proved, in 2018, to have little interest in even saving a swami from dying on hunger-strike in the cause of the river.

Meanwhile, it’s clearer than ever that huge parts of India are on their way to becoming unliveable due to rising temperatures. The PM’s signalling about clean energy won him an international ‘Champions of the Earth’ award this year. Meanwhile, he had Rs 56,000 crores — raised from taxing imported coal, and mandated for clean energy investments – reallocated to cleaning up the mess of the GST roll-out.

Trump’s beneficiaries are the One Per Cent, and he can hardly be bothered to deny it. In India, the quid pro quo with the super-rich is more discreet. Executive corruption no longer manifests as crude kickbacks, but as conflicts of interest that the media is penalised for even looking at. These conflicts of interest radiate like a mandala from the Prime Minister’s Office, looping in monopoly capitalists, media owners, think-tanks and ‘godmen’ entrepreneurs – what has called the “state-temple-corporate complex.”

India’s One Per Cent now own more than half the country’s wealth, a concentration that got significantly worse under this government. To complete the circle, Modi has allowed unlimited, anonymous donations to political parties. Electoral bonds have ‘made the unholy nexus between politics and corporate houses more opaque and treacherous”, according to AP Shah, former chief justice of the Delhi High Court. Predictably, 99.7% of electoral bonds have been purchased in denominations of ten lakh or one crore.

Still, Narendra Modi’s alliance with corporate interests can’t be equated with Trump’s. A different balance of core interests is at conflict with sane policy. Trump’s election was a corporate coup; Modi’s, in his own view, is a civilisational one. The pattern that emerges is similar.

Demagogic leaders are masters at channeling the early symptoms of crisis into political power – for example, by raising semi-regimented grassroots militias. Modi did not create India’s crises, by any means. But if unemployment and social conflict are structurally useful to the ruling party, it has less reason to address those crises on the war-footing they require.

An elderly man, an ex-serviceman, cries after losing his spot in a queue at a State Bank of India branch – a defining image of Modi’s demonetisation. Credit: Praveen Kumar, Hindustan Times

Instead we had the ‘shock therapy’ of demonetisation, right on the lines of Klein’s ‘shock doctrine’. The conceptual shock of the policy lasted for weeks, blurring collective judgement. The most vulnerable Indians felt its real effects at once, as the informal economy warped around the vaccum of cash. The rest of us took much longer.

Demonetisation went through its own version of mission creep. By the end, its official objectives were as hazy as the air into which it was announced that November. Today, the easiest way to credit demonetisation as a success is to admit that it was aimed at manipulating cash-stocks before the Uttar Pradesh election three months later. So began long-awaited civilisational redress in India’s largest state.

Hope in the sacrifice zone

Still, to focus blame on Trump (or Modi) is to miss the point. In the US, Klein writes, if an unscrupulous billionaire could suddenly sell himself as a champion of the working class, it was only because “this political battleground has been ceded by liberals to the Right.” For decades, liberals and the Democratic party had helped push economic consensus to the right, betraying the interests of middle- and working-class Americans.

Liberals compensated with inclusion politics, so that by 2016, Hilary Clinton’s platform was only to “tweak the system just enough to change the genders, colours and sexual orientation of some of the people at the top, and wait for the justice to trickle down to everyone else.” Bernie Sanders, by contrast, “showed that positions previously dismissed as too radical for anything but the fringe Left… were wildly popular in the most capitalist country on Earth.’ It is imperative, now more than ever, for progressives to ditch their complacency about capitalism.

The climate emergency, however, demands more than what is even dreamt of in our philosophy. Klein finds inspiration outside the conventional spectrum: in the worldviews and resistance of indigenous people from Bolivia to the Standing Rock reservation in the US. 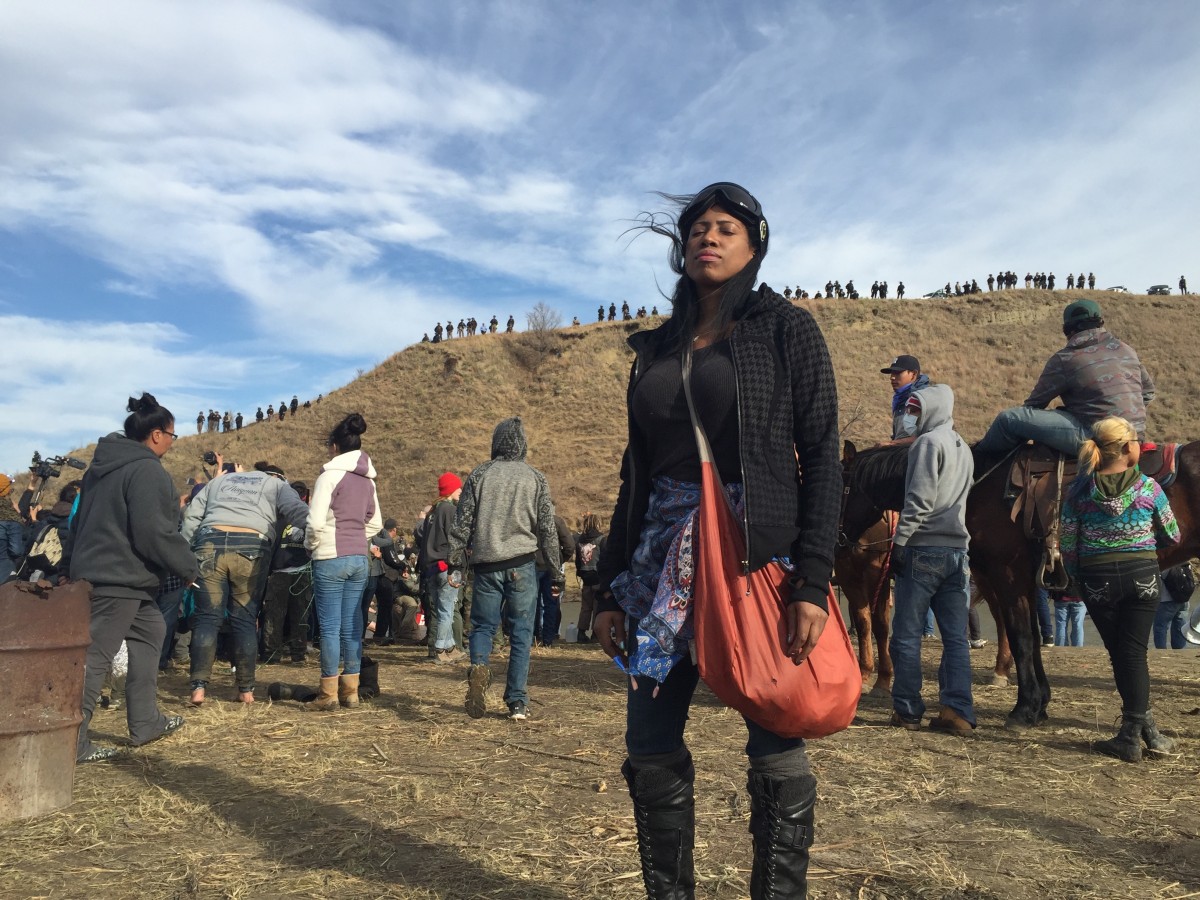 At the Standing Rock reservation in the Dakotas, indigenous land-defenders resisted an oil pipeline that had been re-routed away from a US town because of the risk of water contamination. Source: Kia Mia

At Standing Rock, native communities mounted a daring months-long resistance to an oil pipeline being forced across the reservation. Their manifesto, Klein writes, offered “a frame within which everything seemed to fit: the need for a shift from a system based on endless taking – from the earth and from one another – to a culture based on caretaking, the principle that when we take, we also take care and give back.”

This is the inverse of disaster capitalism. It has profound relevance to the rest of us. “After four decades of neoliberalism, our capacity to imagine another way of living is deeply depleted,” Klein told me. “Any community that has kept alive a vision, an idea of another way to live, is all the more important for our collective survival.’

The yes after the no

Guided by these lights, Klein rejects despair and whittles her arguments into a manual for action. The title of No Is Not Enough implies that an even louder and unified ‘Yes’ has to arise, by linking rather than ranking struggles for social, economic and environmental justice. In India, as elsewhere, progressives have to offer both a palm raised in resistance and hands extended as a ‘Yes’.

To understand that Modi, like Trump, is not qualitatively new, is to understand that it is incumbent on us to figure out what ‘new’ means, and how it should be realised. The work of Naomi Klein’s career has been to draw connections between apparently distant problems. That same approach is laid out in NINE as an outline for political action. Of course, there is no silver bullet. She can only bring home the necessity and practicality of a coalition of the Rest of Us – to everyone left out of the not-so-metaphorical bunker at the endgame of disaster capitalism.