Kashmir cannot lay claim to the earliest female poets in history. There was the Akkadian/Sumerian poet Enheduanna who lived around 2285 BCE-2250 BCE.

We know about Sappho, and the venerated Lady Murasaki, the 11th century author of The Tale of Genji. There were others no doubt, on whom the light of fame shone less brightly.

But I cannot think of another place where a major corpus of deeply philosophical and literary poetry was created by four women over a period of four centuries. And that is not all. Their work continues to enjoy reverential popularity to this day and is kept alive through recitation and conversation.

Yes, Kashmir has its trove of iconic male poets, but at weddings or everyday life, it is the women who rule.

By common consent, only Shakespeare left his language a richer, more literary commodity than what it was when he found it. But I have news. Kashmiri, while technically only a dialect with no script of its own (and yet the most profoundly literary language), had its own Shakespeare too, and she was a woman.

Idiomatic, literary and colloquial Kashmiri owes everything to the poet Lal Ded, the Sufi mystic who is also known as Lalleshwari or Lalla Aarifa. You could not grow up in Kashmir as a Hindu or a Muslim without using Laldedisms, knowingly or unknowingly. They are part of the language, just as it is with Shakespeare’s writing. For centuries, her words have been handed down by mothers and fathers, to impart wisdom and awareness.

Also read: Scripting a Biography of Kashmir through the Life Stories of its People

Lal Ded was followed in the 16th century by Habba Khatoon, spouse of Yusuf Shah Chak, the king of Kashmir. Khatoon was the creator of the Lol genre of Romantic poetry.

After her came the erudite and ascetic Rupa Bhawani in the 17th century. The fourth poet in this compendium is Arnimal, 18th century wife of an abusive officer and author whose magnum opus is forgotten while her work lives on. There have been and are other female poets but none as influential as these four. 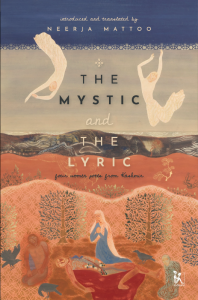 Whether you were speaking or thinking or just singing, as Kashmiris are wont to do at the drop of a hat, the ladies’ words are likely to flow freely from the lips. While the poems themselves were polished and the poets, accomplished, you did not have to be because the poetesses were singing your song.

The verses may have embodied deep philosophies and questions, but the language was always accessible, nay, dearly beloved and heavily relied upon to describe something aptly even today. Except for the ultra-esoteric and erudite Rupa Bhawani’s vaakh or verses, all other poems are still sung to traditional Kashmiri melodies.

I always wondered why no one had written about this unique cluster of creative female output of poesy. There have been books about each poet individually, particularly Lal Ded and Habba Khatoon, but I always felt they should have been in one book together.

Now, professor Neerja Mattoo, herself a literary guardian of Kashmir, has done just that in her latest book, The Mystic and the Lyric: Four Women Poets from Kashmir.

A beautiful book to look at, designed by well-known artist Nilima Sheikh, this is one book you could judge by its cover. The contents inside also make for delightful, thought provoking, informative and moving reading. For many, I suspect, the narrative will come as a revelation.

The events of the last few decades in Kashmir have served to erase the memory of the fact that the Valley was the intellectual Mecca of Buddhism several millennia ago. It was also the birthplace of Abhinavagupta and Utpala, and boasted of evolved personages like Zain-ul-Abidin and Shah Hamadan in the later centuries. Cognoscenti know about this history, but the fact that the language and culture owes so much to female poets is hardly known to most people outside Kashmir.

Buddhism, Sufism and Shaivism are all woven into the poetry of these amazing women, as is the mutual interchange of thoughts and ideas in Persian, Sanskrit and Kashmiri.

This has influenced and created the unique syncretic culture of Kashmir through the centuries, known today as Kashmiriyat, and bottled and sold currently without so much as a nod to its origins.

The fact is that even a tiny vial of Kashmiryat requires centuries of harmony and pacifism. Our poets had Muslim and Hindu mentors and devotees and often quoted each other.

I must confess that the poems of Lad Ded and Rupa Bhawani, particularly the vocabulary of the latter, often warranted a reread to be fully comprehended, not because of the language, which is deceptively simple, but because of the layers of thought and wisdom underneath.

Personally, I believe that one lifetime is not enough to fully understand Trika Shaivism, the backbone of Kashmiri Hinduism, but If one persists in reading the poetry that emanated from its marriage with Sufism, one will be richly rewarded. Even at the surface, Lal Ded and Rupa Bhawani’s highly evolved poems are hugely enjoyable and meaningful.

Habba Khatoon and Arnimal also ponder life and its travesties and inhabit all musical gatherings in Kashmir, even today.

This is, ultimately, a book about poetry and poets. As a result, I have not even touched on the stunning rebellion and female empowerment engendered by these breakaway women from centuries ago when it was utterly unthinkable even for men to stand up to their full height. However, that is another show and beyond the aims of this collection.

Is it a coincidence that all four women found no happiness in marriage or domesticity but only in writing, or is it the other way around? Whatever it was, we are the richer for the single minded devotion of the four to their craft and consciousness. The questions they tackle and agonise over, being human, universal and perpetual, ensure their relevance in the coming years.

Mattoo has done us all a great service by writing this book. She devotes a chapter to each poet, ending in sample verses from that poet with translations in English.

Life is too short to be able to read the complete works of any of these prolific ladies, particularly at my age, but I am so grateful to get a flavour of what they were about. I find myself quite dazzled by their brilliance and contribution to my mother tongue.

Thank you, Neerja Mattoo, for this illuminating and eminently readable introduction to the background and vaakhs or verses of the major poets of the valley of Kashmir.

Sudha Koul is the author of The Tiger Ladies: A Memoir of Kashmir.