'Narendra Modi and the Rashtriya Swayamsevak Sangh…see themselves as uniquely blessed by history and by God. No foreigner, they believe, can teach them anything. This book tell us that they can.' 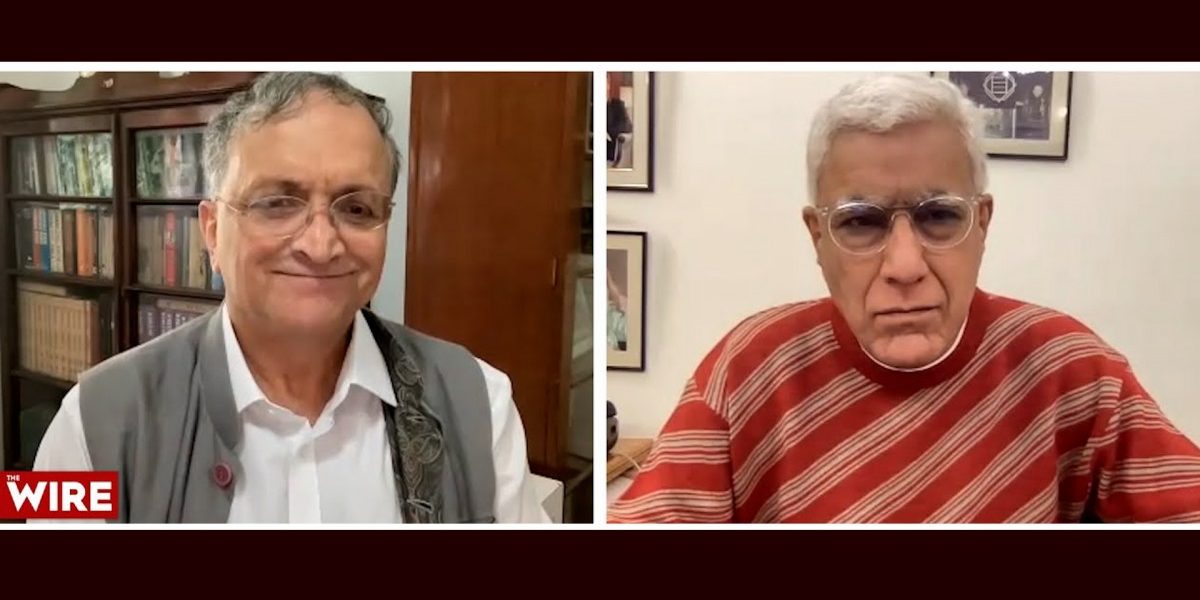 In an interview to talk about his new book Rebels Against the Raj: Western Fighters for India’s Freedom, Ramachandra Guha explains that the seven British and American people he has chosen to write about are “seven remarkable characters”, who led “unusual, interesting, eccentric and exciting lives”.

He said they were “individuals of great courage, even recklessness”. They “embraced a country not their own and fought for its freedom”. Each of them spent time in jail fighting for India’s independence.

In a 26-minute interview to Karan Thapar for The Wire, Ramachandra Guha identified a further very special reason for writing this book. “This is a world governed by paranoia and nationalist xenophobia…Narendra Modi and the Rashtriya Swayamsevak Sangh…see themselves as uniquely blessed by history and by God. No foreigner, they believe, can teach them anything. This book tell us that they can.” 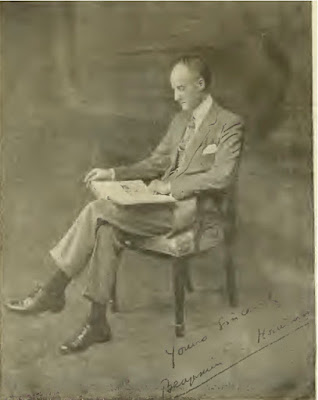 The interview discussed four of the seven characters. First, Benjamin Horniman, who was editor of the Bombay Chronicle in 1913, before the World War I and before Gandhi came to India. Ramachandra Guha says Horniman was “openly, explicitly, identifying with the nationalists against the Raj and with India against England”.

In 1919 the British deported Horniman and Gandhi called a strike in Bombay in protest. For four years Horniman was not allowed to leave Britain.

The government repeatedly refused to give him a passport. During that period both Vithalbhai Patel and Muhammad Ali Jinnah spoke forcefully in his defence in the Imperial Assembly in Delhi.

Finally, in 1925, Horniman returned to India, outwitting the Raj. The story of his return journey is reminiscent of Savarkar’s escape from the porthole of a ship in Marseilles in 1910 but, in fact, more gripping. 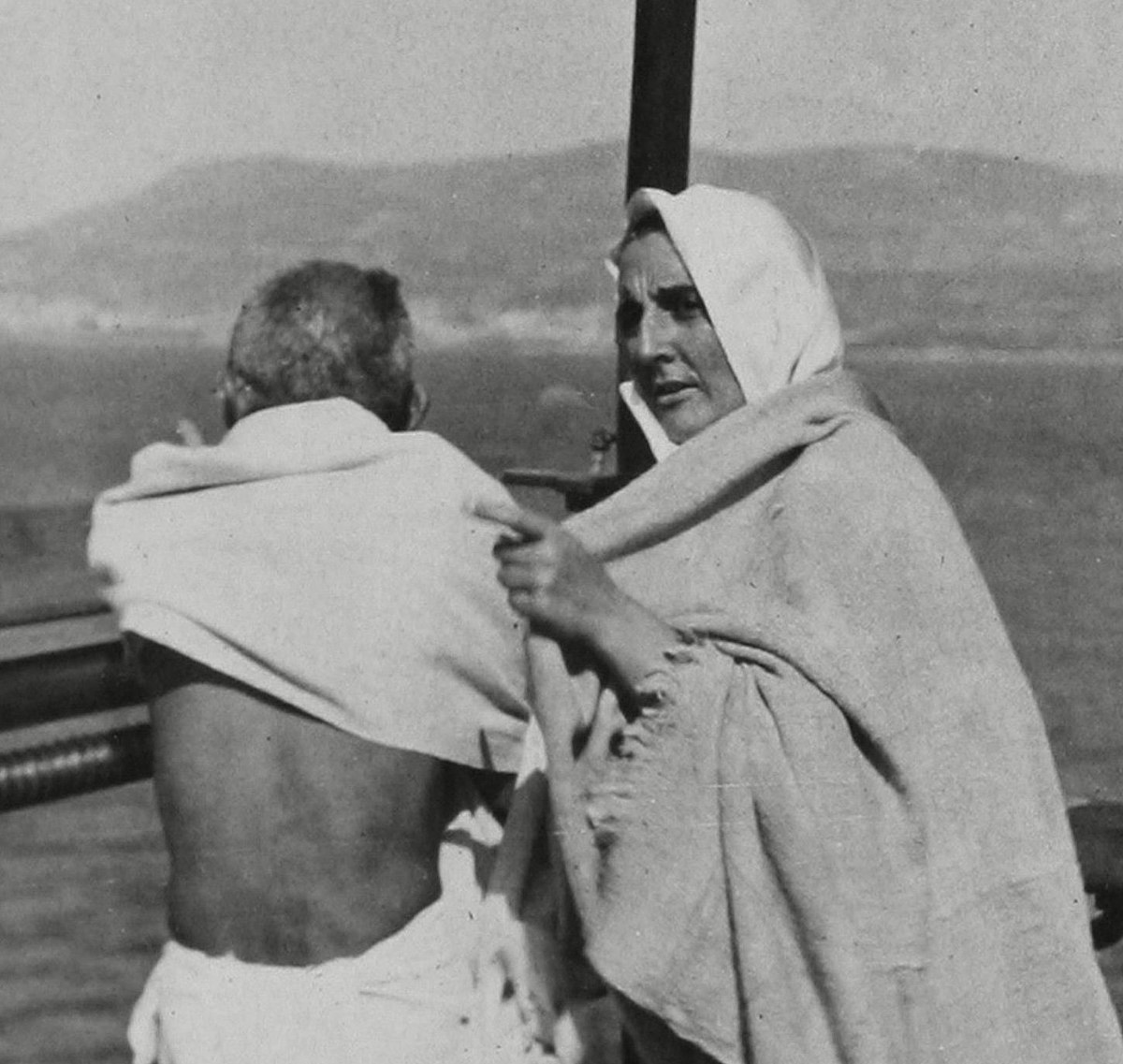 A second of the rebels discussed in the interview is Mira Behn born Madeleine Slade. We know of her as Gandhi’s adopted daughter, but she was born into an upper class English family.

Her father was an Admiral and she grew up in a rather grand country house in Surrey with her own horses.

She found out about Gandhi when she was 30, when the Nobel laureate Romain Rolland accidentally mentioned him. It was, therefore, a fortuitous accident which changed her life.

Guha’s essay on Mira Behn reveals that she had a great love in her life, a man called Prithvi Singh. Unfortunately, it was unrequited. The pain that caused is clearly expressed in her heartrending letters.

“You have no need to fear what would happen if you were kind to me. I am not urging you … to marry me. I am only asking you … to accept the truth of my love and faith and not to shun me.”

After independence Mira Behn became a firm critic of Nehru’s policies. In 1959 she left India because the country had changed and was moving in a direction she disagreed with. Ramachandra Guha says she did not like the urban and industrial bias of Nehru’s policies. She felt they were neglecting India’s countryside.

Mira Behn lived for another 23 years in Austria. She received consistent help and support from the Indira Gandhi government but never returned to India. However, she played a critical role, although behind the scenes, in the making of Attenborough’s Gandhi. Two more of the seven ‘rebels’ are discussed in the interview. They are a Quaker called Samuel Evans Stokes, who lived in Himachal, brought up his Anglo-Indian children speaking only Hindi and Pahari and not a word of English and is, perhaps, the principle person who popularised the cultivation of apples in Himachal.

The other rebel briefly discussed is Philip Spratt, who remained in India till he died in 1971. Guha says in the ’50s “One of Philip Spratt’s obsessions … (was) debunking the Prime Minister of India, Jawaharlal Nehru … he savaged Nehru’s policies at home and abroad.” However, this was not a problem for Nehru.

Speaking collectively of the seven, Guha says: “Many years after the last of these rebels passed on, what they did and what they said still speaks to Indians today. If only we could listen.”