Karan Mahajan's Book is an Association of Tired Clichés

For Mahajan, appropriating the experiences of minorities is not a question of power that needs sensitive negotiation, but something that privilege has given him a season’s pass to. 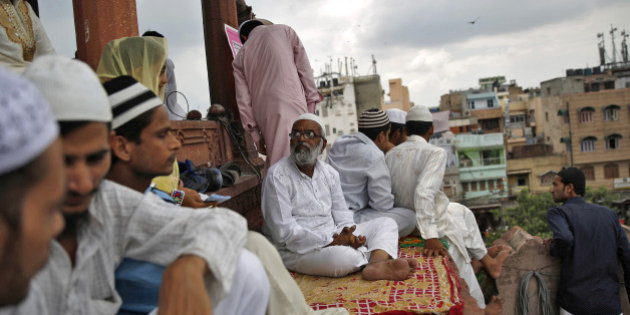 I first spotted Karan Mahajan’s new novel, The Association of Small Bombs, while travelling from Mumbai to Delhi a couple of months ago. Like all books that get written about a lot, it looked more than familiar sitting on the airport book kiosk shelf. Though I picked it up and quickly went through the advance praise that occupies the entire back cover, I did not eventually buy it. Mindful of the stupid times that are upon us, I did not want to be reading a book with ‘bombs’ in the title on an aeroplane.

Nevertheless, once in Mumbai, I ordered it – express delivery – and finished reading it the day it arrived. This book was, in many ways, personal, as it drew on the experiences of a group I was familiar with, from my time at university. The narrative left me angry and frustrated and it is important to explain why.

We do not expect facts from fiction, but we do expect an effort to express ‘truth’. This truth may be emotional or philosophical, but when a book draws on real characters, the way those characters are portrayed is also important. For example, Uncle Tom’s Cabin, Harriet Stowe’s bestselling anti-slavery novel has been fiercely criticised for its portrayal of the passive Uncle Tom that furthered racist stereotypes. Such appropriation is deeply contested in the US and Europe, but given what I read in Mahajan’s novel, it is not contested here.

The context of my critique – and that of the novel – is based on a group I was associated with. I – and some of my friends – were part of We 4 Harmony, set up by one of Mahajan’s friends in the wake of the communal violence in Gujarat in 2002. The group wanted to screen films in schools and colleges, and hold discussions on non-violence and communal amity. Though it was not a very successful initiative, we did get to screen a couple of feature films and documentaries in the short duration we worked together. This episode features prominently in the novel where our work – the kind of low-risk voluntary work college-going young people in cities usually do – assumes strangely improbable dimensions. The novel unfolds in the aftermath of a bomb blast in New Delhi and traces the lives of victims, survivors and perpetrators from different points of view. Mahajan is firmly in control of the narrative, restrained and flamboyant in turns, until a little before the end, where the novel implodes in a hasty manner.

The first thing that struck me about The Association of Small Bombs is the poverty of material. Not in the sense that it is unreal or does not emanate from experience but in the sense that it betrays a lack of genuine interest in the lifeworld of its own characters. To remedy this, page after page is crammed with overcompensating details – names of localities, landmarks, shops, brands, restaurants, institutions, writers, filmmakers and their works, and assorted pop-culture references.

“There were twenty people in all, most of them his age, some wearing checked shirts and pants, the women in modest salwar kameezes, a few heads dotted with skullcaps, gol topis, the Muslim women identifiable by their coquettish pink head scarfs.”

These details, though, only seem to emphasise the superficiality of observation, neither deeply observed – apparently there is a “university in Jamia” – or deeply felt. There are several specific incidents in the book which any reader with an internet connection can find strong reflections of in the news media reports. The universe of the novel comes across as one that Mahajan is neither familiar with, nor has made any meaningful effort to access. While the narrative may work for the readers who are as removed from the social and cultural of the context as the writer, it jars with the ‘unintended’ readers who have intimate experience of the milieu it is set in.

While it is unnerving to discover that someone has made use of experiences that were not entirely theirs, what is worse is the way in which the way such things are usually done. One of the reasons why writers like Mahajan can do this is because they think it is not of any significant ethical consequence. For them appropriation of others’ experiences is not a question of power they need to actively and sensitively negotiate within the course of their practice, but something that their privilege has given them a season’s pass to. That privilege is evident in how Mahajan portrays those less fortunate,

“…the more he thought about money, the more he regretted how things had turned out with Tara – not only had they got along, but she paid him a salary. “To hear you talk,” she’d once laughed.”

Producing news, making films and researching and writing for almost a decade has made me realise that even when an act of representation renders the ‘subjects’ in ways they approve and find edifying or empowering, it does not cease to be a relationship of power. This is the essence of the equation between those who have the power to represent and those who are represented. No matter what one does, however sensitive, reflexive and alert one is, the power differential manifests itself in one way or the other. There are, of course, ways to mitigate the severity of such unequal relationships but none to wholly resolve them. Mahajan seems unburdened by such concerns, given the distance between him and his characters and therefore it does not seem unusual that they end up being rendered in largely reductive terms.

It is paradoxical that South Asian writers are vociferous about cultural appropriation or their desire to write with freedom in the West but rarely think about the same issues in their own personal contexts. In one of the revealing portions of the novel, the barely concealed disdain for the lives of the ‘others’ and the meanings they assign to their work is breathtaking.

“This relationship, Mansoor thought, it’s just Ayub’s way out of poverty, out of being lower-class. That’s why he’s in this NGO – to attach himself to this rich idealistic girl. As for Tara, she likes having power over these desperate Muslim men.”

The novel gives us little fresh insight or newer ways of imagination. It rehearses several tired clichés snatched largely from dominant media discourses on national security constructed in equal measure by the state agencies and journalists. While there are far too many to enumerate here, a couple of the most pernicious one would suffice to make the point.

“Ayub had always railed against Muslims who turned to violence…but now he found himself on the cutting edge of news events, on the verge of becoming a news maker” [emphasis in the original text]

The most prominent one is the well-adjusted Muslim men going postal – in this case because of a bad breakup over the guy’s smelly breath. By now, one thought, at least the writers and filmmakers would be tired of this perverse trope but given that it just refuses to go out of circulation one is no longer very sure. In the universe of Mahajan’s novel there seem no other resource than one’s own religious identity that young Muslim people make use of in their quest for a life of dignity. “The members for Peace For All were not radicals. They were eminently reasonable people who wanted to be Indians but had discovered themselves instead to be Muslims and started to embrace their identities.”

Personal experience and evidence that are emerging not only from India but from all parts of the world, on the contrary, strongly suggest that young Muslim people and other minority and marginalised groups are engaging with questions of inequality and injustice in creative ways. Resisting to be confined to the stereotypes historically forced upon them – unreasonable, angry, violent – they are marshalling a range of metaphors, rhetoric and strategies in the course of their struggles.

But none of it finds any space in the book. Instead, “educated, young professional types” characters – software engineers, marketing managers, hackers – are found going berserk in the most astounding ways every now and then. Unrelenting in its mirroring of the mainstream journalistic discourse the narrative uncritically reproduces several of its other staples as well like the ‘geography of terror’, in which links can be magically created between Batla House, Jamia, Azamgarh, Kashmir, Nepal, Hubli, etc.

Did  Mahajan at any point think that people whose lives and worlds he’s drawing upon with such insensitivity are going to read his book? If yes, then was he worried about what would they think of it or contend with the images of their likeness? One does not think so. He could do it precisely because he thought his book does not have a readership worth concern among Ayub or Shahid, “a tall man with enormous hands, plastered balding hair, and a goofy grin with gapped teeth, a second-year mass com student from Jamia” or “poor Jamia school boys” who by now, must have grown up quite a bit.

The most worrying aspect of such a view is not only that people end up being represented in all kinds of ungainly ways but that in the imagination of the writers and publishers they do not even exist as a constituency of readers worth a consideration.