Even Without Polygamy and ‘Purdah’, Patriarchy Continues

Written seven decades ago, Iqbalunnisa Hussain’s 'Purdah and Polygamy' offers one of the earliest and most scathing critiques of patriarchy in the subcontinent. 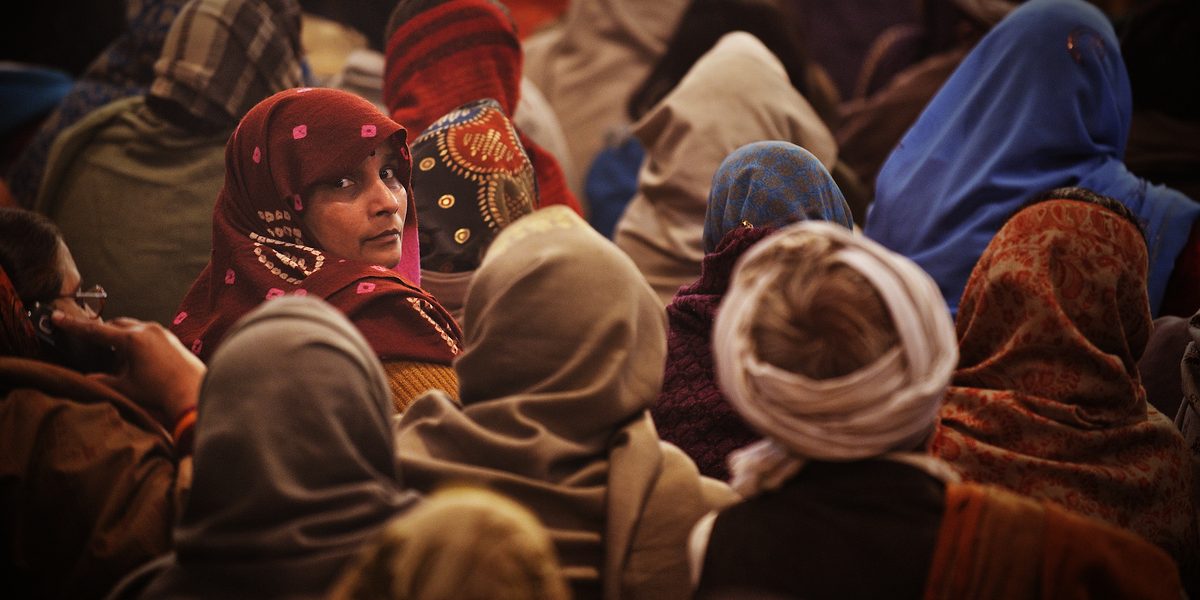 Iqbalunnisa Hussain was married at the age of 15. She received her higher education after her marriage when she traveled to England in 1933 with her infant daughter, leaving behind five other children in Bangalore with her husband. Once in England, she not only received her postgraduate degree from the University of Leeds, she also contributed to public discourse on women’s rights, particularly on the importance of women’s education. After she returned to India, she continued to campaign for women’s rights, publishing essays regularly in the English language press. These essays were later compiled in a book, entitled Changing India: A Muslim Woman Speaks, which was published in 1940. Purdah and Polygamy was published four years later.

Hussain’s feminist ideas and her own life are both proof that the struggle for women’s rights is neither a recent phenomenon nor a ‘Western import’ but rather has a long and rich local history.

Purdah and Polygamy offers one of the earliest and most scathing critiques of patriarchy in the subcontinent. It is a remarkable novel for a variety of reasons, including the fact that it is believed to be one of the first full-length works of fiction written in English by a Muslim woman in pre-Partition India. Her choice of language seems odd at first, given the limited audience English must have had when she wrote her book. But as a literary critic, Muneeza Shamsie explains in an essay accompanying the novel, English then provided a “secular intellectual space” in which writers were able to explore controversial ideas without running the risk of antagonising religious elements. It was also an act of rebellion for Hussain since Indian Muslims abhorred the idea of girls studying and writing in English. 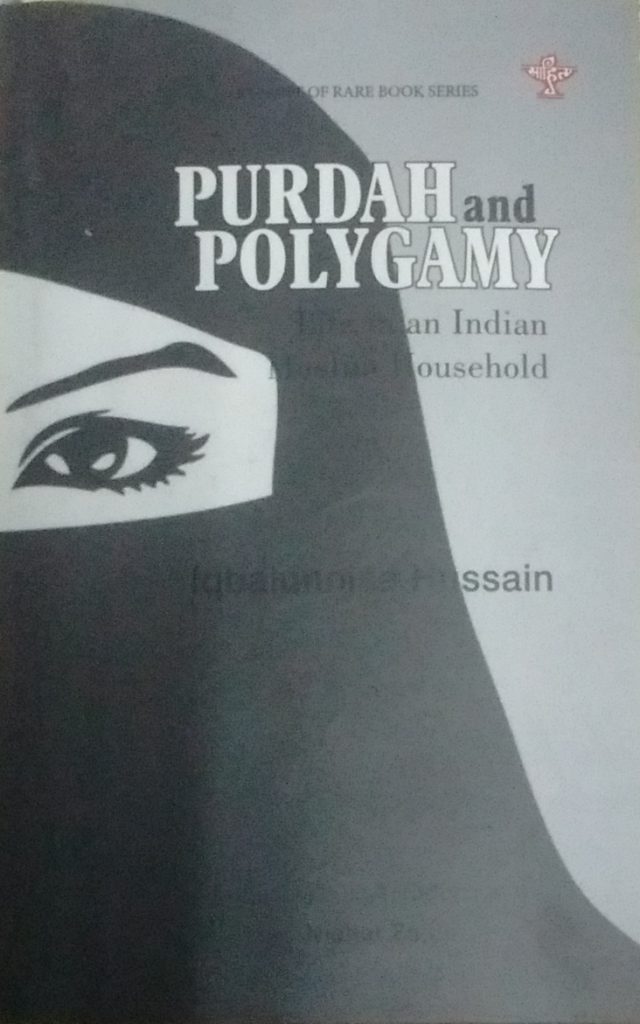 For decades, though, her novel has been available only in nine libraries around the world. It is for this reason that its reprint is so welcome. The publishers have added more value to it by including an insightful introduction by Jessica Berman, a teacher of language, literacy and culture, and gender and women’s studies at an American university, as well as some other essays by eminent commentators.

Purdah and Polygamy falls into the genre of social realism. Its story centers on a Muslim household located in the heart of an unnamed Indian city. This geographical reference seems to matter little as the bulk of the drama unfolds within the “high blind walls” of the family’s residence called Dilkusha.

The place belongs to Umar, a landlord, who keeps everyone in his household on a tight leash, not least his wife Zuhra. He has cloistered her within the strict confines of purdah, not allowing her to take part in the family’s financial matters. Within the first few pages of the novel, however, Umar succumbs to cancer, leaving behind his wife, a daughter and a son named Kabeer.

With Umar’s death, Kabeer is thrown into the position of the patriarch at the age of just 16. Zuhra, ostracised on account of being a widow, assumes an authoritative role within her family with the support of her son. Power quickly gets to her head. The majority of the novel revolves around the relationship between her and her son as they try to maintain their respective authorities through a complex web of manipulations, woven by every member of the household but particularly by each of Kabeer’s four wives.

The writer portrays Kabeer as a man with an insatiable need for validation which seems to worsen with each marriage. No woman is good enough for him: his first wife, Nazni, is too frail and sickly; the second, Munira, is too unattractive and common; and the third, Maghbool, is too bold and independent. The novel ends soon after he contracts his fourth marriage to the young Noorjahan but the reader can imagine that this too would have ended disastrously given his ineptitude in managing relationships.

After Kabeer and his mother die, his son Akram steps into his father’s shoes and his mother, Nazni, assumes the role of the dictatorial most senior woman in the family. The cycle of patriarchy, thus, continues.

Hussain’s anger at the injustices of patriarchy comes through on every page of the novel. She often employs biting sarcasm when describing the privileges afforded by men. For example, halfway through the narrative, she writes:

“Submission, subjection or servitude … has its own significance as far as the feminine world is concerned and is very effective in making the man favourably minded towards a woman. It creates pity for her and quenches the fire of his passion. It is applauded by members of both sexes. The greater her submissiveness and her ignorance the greater is the self-importance felt by him. An unfortunate woman devoid of this unique quality is only tolerated if not scorned.”

While some of her female characters come across as somewhat flat and uncritically accepting of their situation, Maghbool appears to be a complex figure. An outspoken and independent woman, she is also a writer who vocally criticises polygamy from the day she is married. She challenges the restrictions of purdah, too, by meeting regularly with a male cousin.

Maghbool is savvier than Kabeer’s first two wives as she and her father negotiate for her a fairly generous dower which provides her with an independent income. In a novel that is largely pessimistic in tone, she ends up leaving Dilkusha, suggesting that women can survive the consequence of their resistance.

The writer also hints at the possibility of female solidarity through Maghbool’s affectionate relationship with Kabeer’s second wife, Munira. The two develop a close bond even though their interests diverge.

Although Hussain wrote the novel more than seven decades ago, the picture she paints clearly depicts what Turkish-born specialist in gender studies, Deniz Kandiyoti, described in 1988 as “classic patriarchy”. This type of patriarchy pitches many women in conflict with each other within power dynamics defined in relation to a lone man – the patriarch. The novel describes this rivalry as one of the greatest tragedies resulting from a patriarchal system.

In Purdah and Polygamy, we see this playing out in the relationship between Zuhra and each of her daughters-in-law. She goes to great lengths to make sure that none of them gets too close to her son to endanger her exclusive control over him which, in turn, is her only source of power. Her character may appear evil at times but her behaviour becomes understandable when seen in the restrictive context of classic patriarchy.

The practice of polygamy has waned to some extent since the 1940s when the novel was written. Purdah restrictions, too, have been relaxed, at least within urban centers. Yet, the basic features of patriarchy – financial and economic subjugation of women, their lower status within families and restrictions on their movement, education and employment – remain firmly in place.

Reading Purdah and Polygamy today, therefore, is rewarding for two main reasons: it provides us with a sense of the tensions and conflicts around gender that have existed within elite Muslim households in India during the twilight years of the colonial rule; and the issues and themes it explores resonate strongly with contemporary subcontinental readers.

The writer teaches sociology at the Lahore University of Management Sciences and is the author of ‘Questioning the Muslim Woman: Identity and Insecurity in an Urban Indian Locality’, published in 2013.

The article originally appeared in the Herald. Read the original article.