Interview: 'We Must Go Beyond Exoticising Tribal Communities'

An interview with Ramya Reddy, whose book documents the eco-cultural knowledge of the people of Nilgiri hills. Ramya Reddy’s recent book, Soul of the Nilgiris: A Journey Through the Mountains, is the outcome of a project close to her heart, which she has worked on for over a decade.

Reddy, a professional photographer for over 12 years, spoke to The Wire about the process of writing the book, what urban cultures can learn from the sustainable lifestyles of indigenous people, and what she learned from them herself. 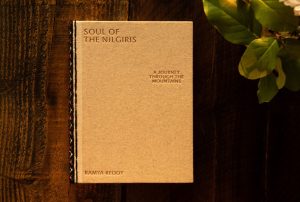 Soul of the Nilgiris
Ramya Reddy

What prompted you to write Soul Of The Nilgiris?

My connection with the Nilgiris goes back to my childhood. Early associations and the time I spent in the mountains inspired me to do a photo series, which took a life of its own when I started to meet indigenous people.

Through the microcosm of the Nilgiris, I could see how we were losing sight of the nuances of a culture and its connection with an entire ecosystem; of the subtle but vital ways of connecting with nature and through her, to ourselves. I felt the need to capture and share whatever I could, in the hope that telling these stories could have a universal resonance.

When did the idea first come to you? And how long did it take to germinate?

Initially, I thought it would take the form of a photo book. As I acquainted myself with the Adivasi people, I was deeply affected by how they live in sync with the ways of the mountains, despite climate change altering the seasonal cycles in recent decades. When I started writing, the book’s direction became pretty clear, as did the fact that there would be community involvement in it.

In compiling the book, did you more enjoy taking the photographs or writing the text?

At the level of engagement, the writing required assiduous effort, since this was my first attempt at writing long-form. Photography was more natural, and also fueled the process of writing.

Design was also integral to the book. My designer and I found ways to utilise the hand embroidery of Toda women artisans for the cover of the book. Around 30 women from the Toda community became involved, and over two years, they hand-embroidered the spines of all the books. Almost every spine is unique.

The creative process was interesting, as the photography, research, writing, design and community involvement came together. 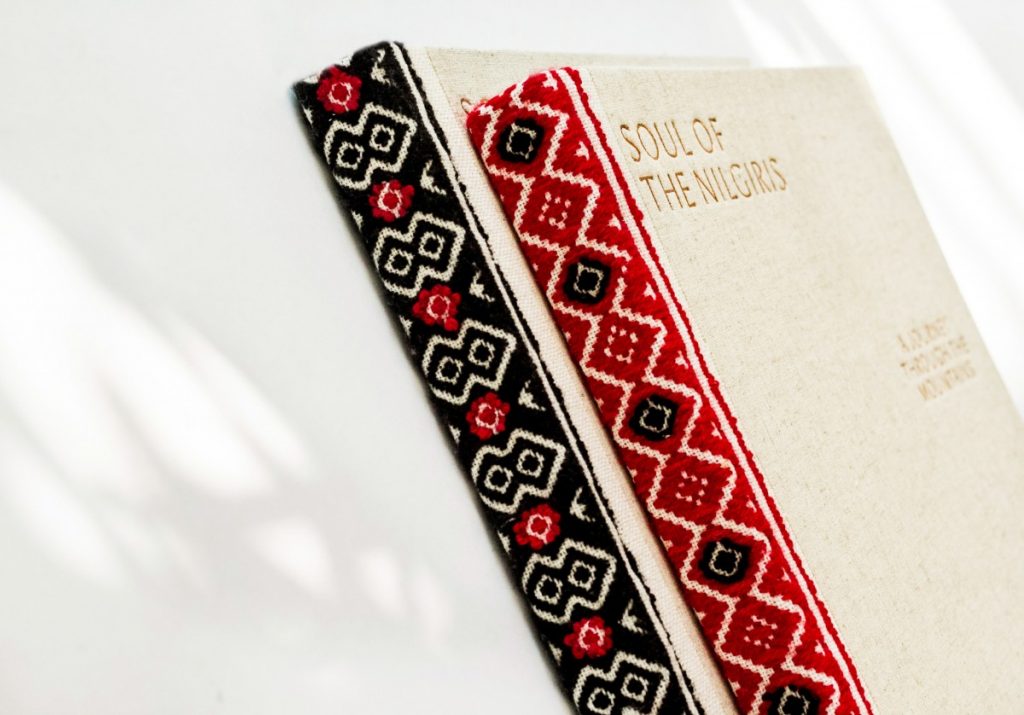 Every copy of the book has a unique spine. Credit: Ramya Reddy

Was it smooth sailing from start to finish?

I would be lying if I said yes. Although site visits, meeting people and travel were fulfilling, the project involved follow-ups, research and cross-verification. It needed time and patience. The process of finding my writing voice too was daunting at first. And it was not easy selecting 300 photographs from thousands.

What part of the process did you like and dislike the most?

Transcribing the interviews and conversations with the indigenous people gave me a lot of prompts for writing. There was so much wisdom coded into them. The more I listened, the more I could draw out the essence of these exchanges.

Reading academic journals was cumbersome. I spent a considerable amount of time digging these out for my research. I often wondered why all of this information was sequestered away in this format, hidden in the pages of inaccessible journals in foreign university libraries. I wish such insightful, well researched anthropological work could be made more accessible to students, artists and people all over the world.

Your empathy for the Nilgiris and the indigenous peoples living there comes across in the book. What prompted this empathy?

The Adivasi elders and the faith they had in me and this project. They were so perceptive, intellectually astute and sensitive. I think they may be the last bastions of the incredible wealth of eco-cultural knowledge and wisdom of these forests and mountains. They shared freely whatever they could with me, and this gesture was profoundly moving. I feel privileged to have been a small part of their inner circle.

Also Read: A Forest Is a Story, and Two New Books Narrate It Through the Perfect Eyes

What is your reaction to your book being classified as a “coffee-table” book?

An anthropologist told me – without even asking to read the book – “Nice pictures, but reviewers may not take it on since it lacks anthropological basis. It’s a coffee-table book.”

The slotting doesn’t bother me anymore, because this is not an anthropological record. It is a personal chronicle of experiences in a land. The anthropological basis was required to get a better grasp of the context and subject. But the book is about the authentic spirit of a place and its people. That needs to shine through. At the beginning of the book, you ask a rhetorical question: “As much as I loved the mountains and appreciated the indigenous people, why was I spending so much time writing about cultures that are on the brink of extinction?”

But you end the book with affirmation of the indigenous culture and crafts of the Nilgiris: “It is never too late.” Do you really believe there is hope for this kind of human diversity?

The rich diversity of humanity, and our world views, contribute to our collective human experience. I can see that many of us are starting to open ourselves up to alternative ways of seeing the world. Friends, family, and other urban folks I have interacted with see the value in imbibing aspects of indigenous wisdom.

As anthropologist Wade Davis says, this is not to suggest that we mimic the ways of the indigenous people. We must recognise that our way of thinking is just one of many that emerged from historical and cultural circumstances.

Sadly, aboriginal societies are seldom a part of their country’s mainstream culture. Although they contribute to its cultural wealth, they are invariably pushed aside to make way for a version of progress we’ve all unimaginatively given into.

Going beyond patronising and exoticising them – as is often how tribal communities are treated – those of us from other communities have the power to help preserve indigenous culture and wisdom. This would be a gift to ourselves and our children.

Indigenous arts and occupations are examples of human enterprises that have lasted centuries. If its creators are truly empowered, they have a lot to show the world. Each one of us can start by listening to them, without interruption.