In Janaki Lenin's New Book, 'Every Creature Has a Story'. What's Hers?

The book is illustrative of her own journey into the wild: a slow, gradual immersion into tales of discovery of the natural world and its ways. 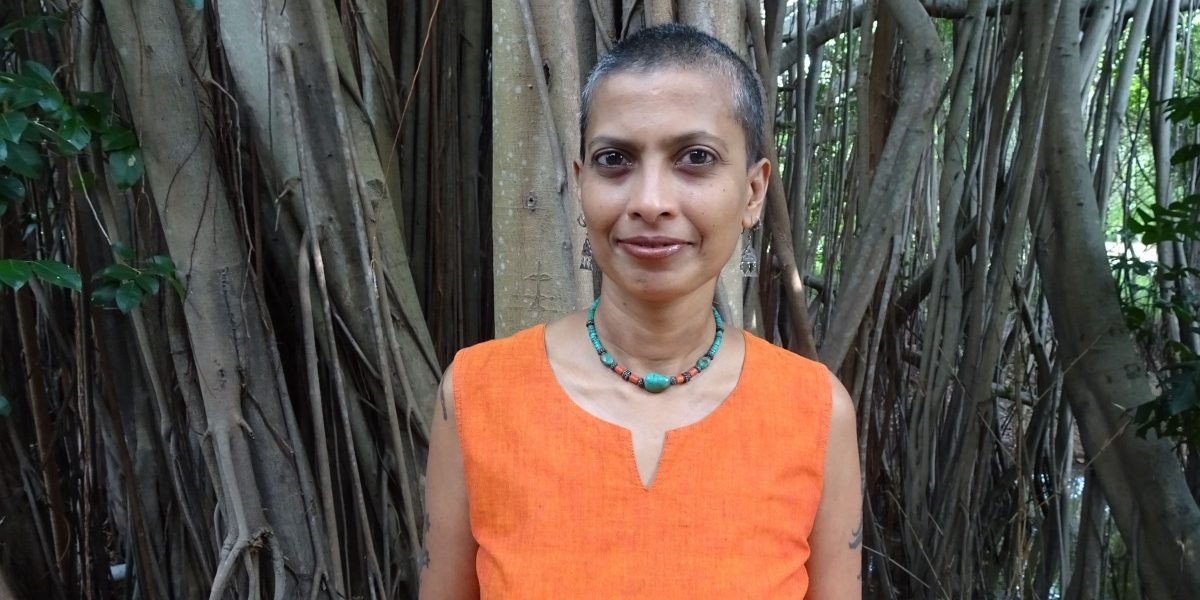 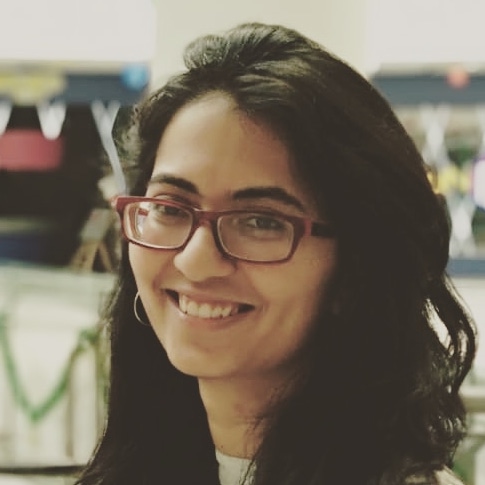 I had imagined Moby Dick as an angry head-butter, doing a Zidane on the Pequod.

How else did the great sperm whale sink the massive ship? While reading Herman Melville’s classic as a child, I was on the whale’s side: not for a second did I agree with the vicious captain Ahab that the beautiful whale was a tentacle-less Kraken; rather, I felt he was intelligent and protective of his kind, destroying ships out to harpoon them.

Melville’s tale is through human eyes. Perhaps Moby Dick had a whale equivalent of it, entitled ‘Ships That Pissed Me Off’.

Janaki Lenin has vindicated this belief, although the answer like everything else in the wild is not as simple. According to her, scientists are divided about the question of whether sperm whales have a habit of head-butting each other, although one sperm whale was filmed going the Moby Dick way on a research vessel in 2007. Lenin tells this story and others in her new book, Every Creature Has A Story.

The book is illustrative of her own journey into the wild: a slow, gradual immersion into tales of discovery of the natural world and its ways. In previous interviews, she has mentioned a dissatisfaction with her then job as a filmmaker and her epiphanic transition into writing after her partner Romulus Whitaker suggested she pen a column.

The ideas and questions soon came rushing forth, resulting in a column that ran for four years in one of India’s national newspapers. She went on to describe the adventures of living with her husband and other animals (to borrow the title’s turn of phrase) in two books, published in 2012 and 2018.

But her writing, while beginning at home, has spanned wildlife in other countries as well. In a two-year series for The Wire, called ‘Amazing Animals‘, Lenin wrote about the questions that occurred to her every Monday: Why don’t elephants get cancer? How do some wasps enslave their prey? Do African wild dogs have a voting system in their packs? Along the way, she also wrote about the giraffe’s blood pressure problems, palm cockatoo drumming and the toxic private armies of the European nightshade.

Her latest book is a compilation of about 50 of her published essays, and gave her a chance to revisit and refresh her work, and continue the stories of every creature she wrote about. Lenin talked to The Wire about the book, due out on July 27.

Q: Why did you write the ‘Amazing Animals’ series in the first place?

In the later pieces of my previous column ‘My Husband and Other Animals’, which I had just wrapped up, I tackled some big questions such as why does one sex and not the other leave its family, and why did homosexuality evolve. To answer these questions, I spent a lot of time reading a whole range of studies and writing to scientists with my questions.

I enjoyed the process and felt so enriched by it that I wanted to try my hand at science writing. The Wire had recently started. I had read the science editor Mukunth Vasudevan‘s work before in The Hindu and felt he would be encouraging of the idea. And he was. 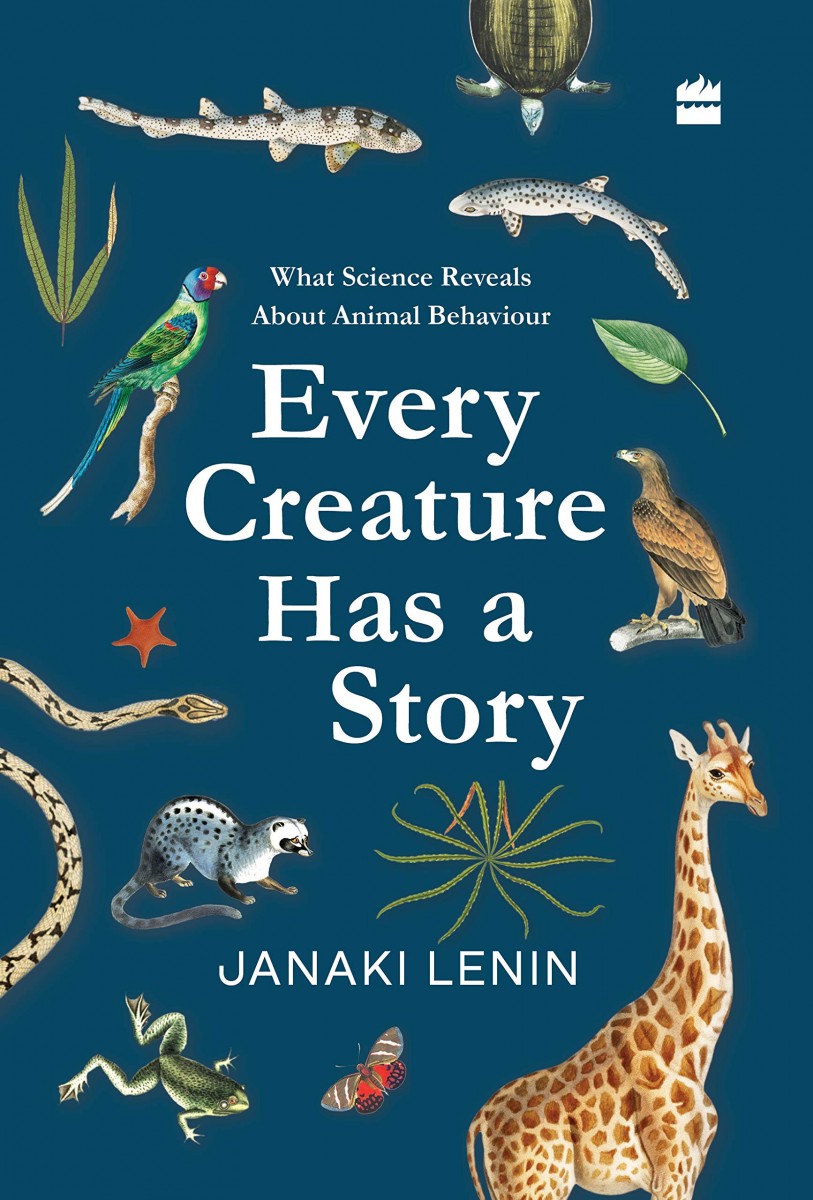 Every Creature Has a Story
Janaki Lenin
Harper, July 2020

How did you pick and choose the animals you wrote about? What was the thought and judgment behind your process? And then how did you decide which 50 essays went into the book?

Mukunth wanted fresh-off-the-press research. At the end of every day, I scrolled through all the press releases and news alerts while half-asleep and exhausted, and I bookmarked anything that jolted me. On Monday mornings, I looked through these bookmarked items and picked the best one, whatever seemed the most interesting of that crop. The studies I wrote about had been published within a week to a month before the column was to be published. Nothing older than that.

Setting that narrow window determined what I wrote about that week. The column really is a snapshot of the animal behaviour research of that time period and the book is the ‘best of’ of that snapshot.

For the book, I was ruthless in selecting the essays; only the best made the cut. This is not to say the others in the column were not exciting research. The readers for the column and the book are different. I thought, rightly or wrongly, the readers of the column were a bit more science-savvy, while the book would cater to a more general readership. So I chose essays with that in mind and only 50 survived that selection process.

I rewrote many of the essays and updated the research published after the column.

Which are the stories you have enjoyed writing the most, or whose answers surprised you the most?

Every time I cast my mind back to all the stories, I’m struck anew by how so many of them are spectacular. When I started writing these essays, I didn’t know any of these bizarre, wild and amazing behaviours and traits, so every one of them was a surprise.

We all know many cuckoos lay their eggs in the nests of other birds. How do these cuckoo nestlings know they are cuckoos and not the offspring of their foster parents? It won’t do them any good if they learn the wrong songs or think they are warblers or some other species. The way they avoid imprinting on their foster parents is ingenious.

Then there’s the chameleon that everyone knows changes colour rapidly. But even more remarkably, it can move its eyes independently. How does its brain process two different images? It takes multi-tasking to another level. Even creatures we think we know well surprise us in unexpected ways.

What is the reader that you have in mind when you write? Does she vary from story to story?

My reader is always an imaginary grandmother who is easily bored and impatient, and therefore a hard reader to please.

You’ve shifted from being a filmmaker to a writer. Do you wish that you had got to collect and document your current stories visually? Would that have been a better way to tell these stories, do you think, for readers in India who may not be familiar with some of the creatures you describe?

My break with filmmaking is complete, and I don’t wish to return to that form of storytelling. I remember reading Gerald Durrell’s Catch Me A Colobus without knowing what a colobus was or what it looked like, but that didn’t diminish my enjoyment of the book. I could imagine from the word-pictures he created. If books like that worked in pre-cable TV, pre-internet days, I’m certain such books can be appreciated today.

You’ve written about the hype around charismatic animals like tigers in your previous books. So was there a specific reason that there aren’t many such ‘charismatic’ species in your book? Any reason you chose to write more about the smaller life forms?

Elephants, giraffes, humpback whales and chimpanzees are charismatic large animals that feature in the book. But you are right that the majority are non-glamourous. It wasn’t a conscious choice since all the filters – latest research, the most exciting, the best writing – decided what species and behaviours were included.

Of course, I’m thrilled with the diversity of creatures that feature in the book, some of them truly obscure.

The series ran from 2016 to 2018, coinciding with a time of great socio-political upheaval as well. Interesting time to pitch and then pursue a series about animals’ inner lives. Did the series offer you any solace or hope, or even escape? Or did you think your readers would be able to feel that way?

It was actually a time of enormous anxiety. I was trying to write about science without having a background in it, and I was petrified of getting it wrong. I felt like an imposter whose bluff could be called any minute. That fear didn’t lessen with time as I had hoped. But when I forgot myself, I enjoyed writing about how evolution solved the life-threatening problems some of these animals could have faced. It was – and is – my hope that readers found some respite from the world in the series. 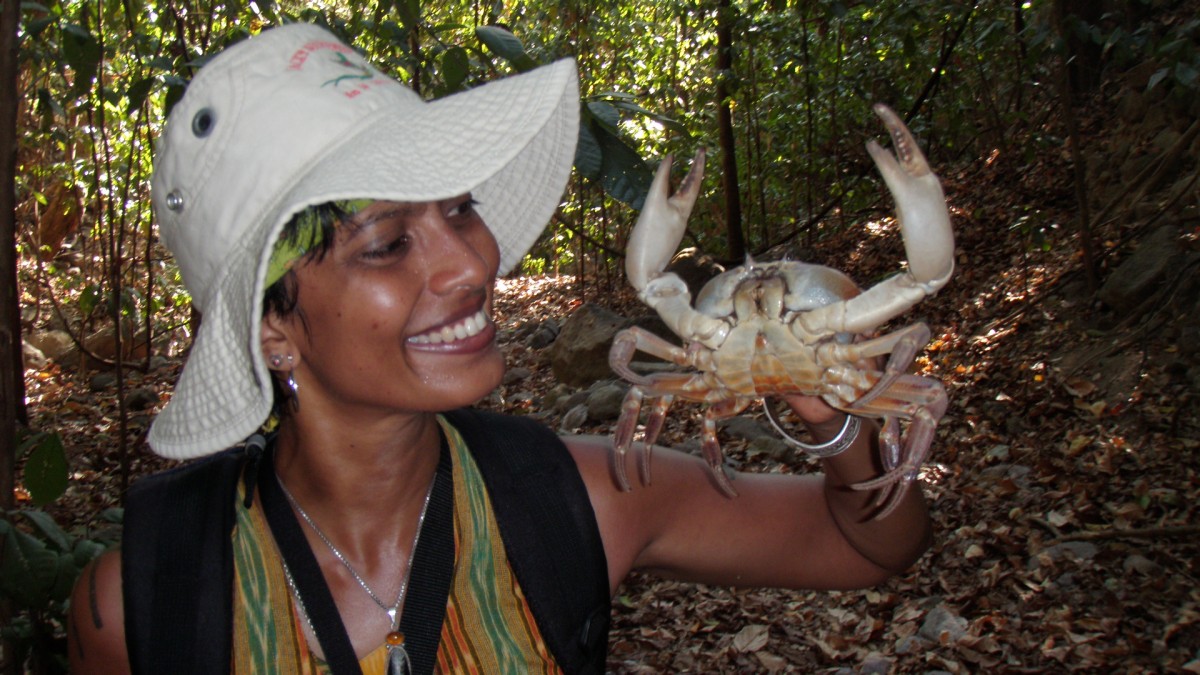 It wouldn’t be remiss to say that when the series was going on, it was one of the best environmental writing appearing in the English press in the country. Did you learn anything during the series as a journalist and science writer?

Thank you. I learned many things from Mukunth. For instance, he pushed me to speak to other scientists in the field to seek their inputs. After all, they know a lot more about the subject than Janaki-come-lately. I also used to quote them extensively until Mukunth said, not directly to me, but on Twitter as a general comment I think, that was lazy reporting and one should quote scientists only if you can’t say it better.

Those are just a couple of examples. I look back at that time as a period of phenomenal growth as a writer. I could feel my brain rewiring itself with all the science I read week after week.

Can you talk a little bit about why you feel this book is important to be published today, in the middle of a pandemic? What is the impact you’re hoping it might have?

I didn’t write this with the pandemic in mind. It was ready to go before the lockdown hit, and it was stuck for a few months. This is such a strange time when everyone is anxious about the present and future, navigating lockdowns and emerging from them. I’ve been reading a lot in the past few months which has helped me cope with the restrictions on my life.

I’m hoping the book can do something similar for readers: offer an escape hatch into another universe right around us to which we don’t usually pay any attention. I hear some folks are noticing their plants and the little lifeforms living on their balconies for the first time. Perhaps this book will enrich that experience.

Is there anything you think these amazing animals can teach us about getting on with this lousy world of ours?

I often think I’m being an escapist for spending so much of my time thinking about the animal world. Then I flip that thought around and wonder where does an animal having a bad time seek solace. You’ll find the answer in chapter 23.

Are you currently working on your next book? What is it about?

When other writers say talking about their book-in-progress jinxes it, I used to think that was superstitious. But it’s true. Something about talking dissipates the writing energy, and I’ve learnt this costly lesson a couple of times. So as hard as it is, I now keep my mouth shut and focus on the writing. When it’s done, you’ll know!

Renuka Kulkarni is a science writer based in Pune, India, and is currently pursuing a PhD in political ecology.