Literature is meant to be provocative, to raise doubts and address issues that are not evident, says Polish Nobel laureate Olga Tokarczuk. 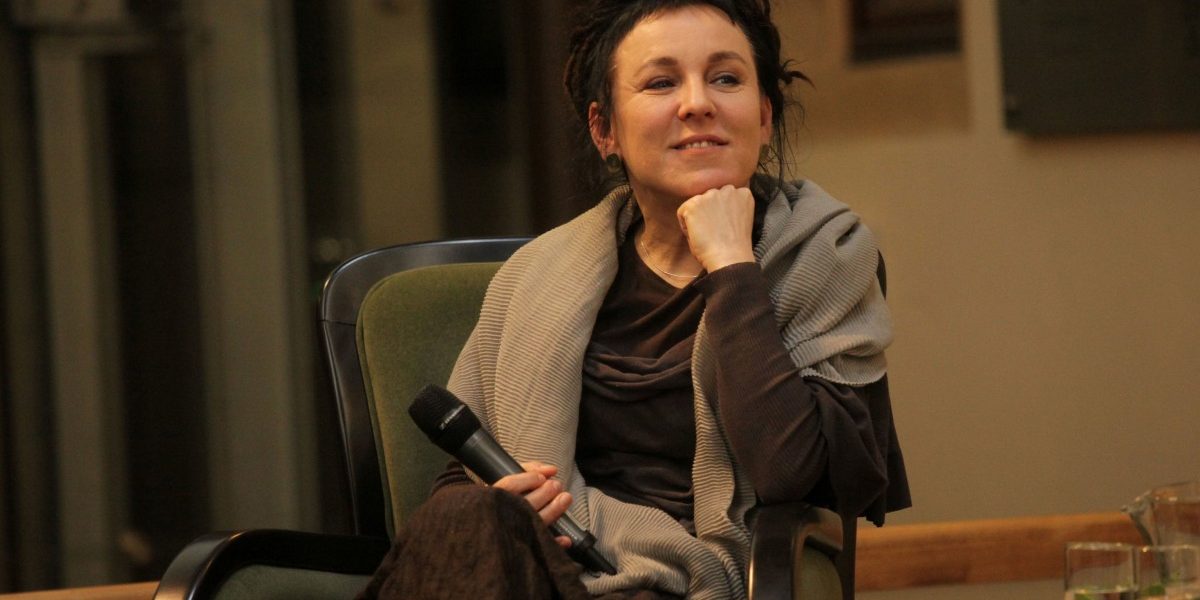 Polish author and psychologist Olga Tokarczuk has inspired an international audience with her novels. On October 10, she received the Nobel Prize for Literature — retroactively for 2018. In her books, she plays with fairytales and fantasies, and myths and history mix with reality. Her fragmentary novel Flights impressed the jury in particular. It’s a tale of the wanderlust and nomadism of contemporary man, set in the form of travel or mythological stories and philosophical reflections.

Also politically active, Olga Tokarczuk is known as a women’s rights activist and advocate for sexual minorities. In recent years, she has often taken the floor when it came to social and political changes in her homeland. She is currently on a reading tour in Germany with her novel “Jacob’s Scriptures.”

On this gloomy day when our spirits are low and our hearts are heavy with news of war, violence and uncertainty, the announcement from #NobelPrizeforLiterature made me smile,warmed my heart: Huge congratulations to #OlgaTokarczuk and to English-language publisher @FitzcarraldoEds

When you got into the car on Thursday in Potsdam, you were Olga Tokarczuk, the writer…

Olga Tokarczuk: … on tour with her new book in Germany. And I stepped out of the car in my next destination, Bielefeld, a Nobel Prize winner! Truth be told, I still can hardly believe it. I can’t see my name along with the new title.

You received the Nobel prize for Flights, the book in which you wrote that the tongue is the strongest human muscle. Do you feel your tongue is in conflict with the current Polish government? Culture minister Piotr Glinski, for one, says he certainly needs to finish reading some of your books now, including Jacob’s Scriptures.

He said he’d finish reading the book? That’s good. My books are not “political.” I don’t make political demands. They actually describe life. But when we look at human life, politics creeps in everywhere.

The book Drive Your Plow Over the Bones of the Dead is actually the story of the madness of an old lady who cannot bear the murder of animals. And suddenly, in this new context that opened up in Poland, the book becomes strictly political. That was not my intention. It was not meant to be a political book.

I write books to open people’s minds, to present new perspectives, to make people realize that what they think is obvious is not so obvious, that you can look at a trivial situation from a different angle and suddenly reveal other meanings and levels. That’s what literature is for — so we can expand our consciousness, the ability to interpret our own lives and what is happening to us.

For instance, if we suppose that the protagonist of Drive your Plow over the Bones of the Dead — who commits murder to protect the animals, which means she is committing a crime — might not be guilty after all. Do you think she is guilty?

Yes, sure, she is certainly guilty of murder.

Olga Tokarczuk on winning the Nobel Prize (1/2): "I believe in a literature that unites people and shows us how very similar we are, that makes us aware of the fact that we're all joined together by invisible threads. That tells the story

When I saw what she was up against I found acknowledging her guilt was a problem.

That is my way of telling her story. I create doubt in the reader’s mind. That is what literature is for: to provoke, to raise doubts, to talk about things that are not obvious. Literature is meant to provoke thought.

You had to win the Nobel prize for Poland’s culture minister to decide to finish reading your books. Would you meet with Glinski?

Of course! I wasn’t particularly concerned that he couldn’t read my books, I know they are not suitable for everyone. It depends on a person’s temperament, literary taste and certain habits. So I do not urge everyone to read Tokarczuk.

Where do you see the world today?

The world is divided into two. Some people think the best idea would be to retrace our steps and try to restore the old values called tradition. Others say: No, that is not enough! We have to create the world differently somehow. The old world order destroyed the planet, introduced discrimination, brought so many inequalities. And now we are looking for an answer.

But that’s not a question for a writer. You’d better ask the Pope or great philosophers. I tell stories and try to do it honestly so that people are interested and enjoy them. But above all so that they can broaden their minds, become restless and begin to question what they have taken for granted so far.