Interview: The Many, Many Things We Don't Know About Baba Ramdev

In conversation with Priyanka Pathak-Narain about her research into the rise of Ramdev, India's surprising godman-tycoon.

Note: This interview was originally published on July 31, 2017. The Delhi High Court on September 29 restrained the publication and sale of the book ‘Godman to Tycoon: The Untold Story of Baba Ramdev’ until the publisher deletes some defamatory portion written against Baba Ramdev.

Ram Kisan Yadav, aka Baba Ramdev, has been one of the most public figures in India since he started revolving his stomach on Sanskar TV in 2002. As Priyanka Pathak-Narain notes in her closely-researched book, according to the Broadcast Audience Research Council, Patanjali doubled its weekly ad insertion “from 11,897 in the first week of January 2016 to 24,050 in the week of 25 March. During the same period, Ramdev appeared 234,934 times across TV channels, which means he was on air every 30 seconds on one channel or another.” Patanajali Ayurveda Limited remains one of the top ten advertisers in India, and Ramdev’s face has become ubiquitous.

And yet we know next to nothing of how this scrawny boy from Said Alipur, one of the poorer districts of Haryana, became what he has – tweeting about boycotting Chinese made goods from his made-in-China iPhone, preaching bravery to the nation as he dresses up in (suspiciously well-fitting) women’s clothes to flee from a police raid, talking of trust and self-worth while the vast majority of his ads are misleading.

Yet, despite all these absurdities, Ramdev has gone from strength to strength. He talks to politicians, and they listen. He does yoga camps for the army, and Patanjali Ayurveda Limited is already one of the biggest movers and shakers in the fast-moving consumer goods market, aiming at the jugular of vast multinationals, while Ramdev branches out to sell goods in the home worship category.

Pathak-Narain’s book, Godman to Tycoon, does much to explain, or at least document, his story. Nevertheless holes remain, not a surprise when there is no clear record of when the man was even born. His education and early career remain shrouded in myth and innuendo. And the book reads like a fast-paced thriller, with murder, corruption, corporate takeovers and mystery. In its own way, it is an essential documentation of how India works, especially Indian business. We know the stories of the Tatas, and books like The Polyester Prince and Gas Wars have revealed to us something of the workings of Reliance, but here is a new challenger in the field, a man from the back of beyond, who commands singular attention in India. We should know who he is and how he became what he has.

The Wire spoke to Pathak-Narain about researching her book and what she found out.

First of all, congratulations on the book. It looks like it involved a lot of hard work and investigation. Do you want to tell us a little about how you got the idea, how you pursued it and how easy or difficult it was to research Ramdev’s backstory?

Thank you. It was a wonderful learning experience.

Since my time as a business of religion reporter at Mint, I’d carried around an idea of a book about some of India’s top godmen and their enterprises. When I pitched the idea, my publisher Chiki Sarkar came back in April 2016 with the idea of doing a book exclusively focused on Baba Ramdev and Patanjali.

Patanjali was shaking up the market. Having written about him in 2007-2009, I knew many of the transformative events of his life, his incredible ability to reinvent himself, renegotiate his alliances and always come out on top.
However, I felt I already knew his own version of his life. It was interesting but opaque. I’d always left my meetings with him feeling like I didn’t really understand him or know what motivated him. Instinctively, I felt the story was hidden in the memories, experiences of people who witnessed or were a part of his life as it unfolded, people who could tell me details about events as they were happening. Without that context, I felt it would be impossible to truly appreciate the rise of Baba Ramdev.

Some sources were easy to find, others took months to identify and track down. Nearly everyone asked me: ‘Are you writing for him or against him?’ No one seemed to believe me when I replied, ‘I have no angle. I just want to hear the story as you remember it.’

Yet, they all talked and connected me to someone else who wanted to talk. It felt as if they had been waiting for someone to knock at their door and ask them their story. It need not have been me. It could have been anyone. They were, all of them, ready to share their memories of their time with Baba Ramdev and his growing empire. 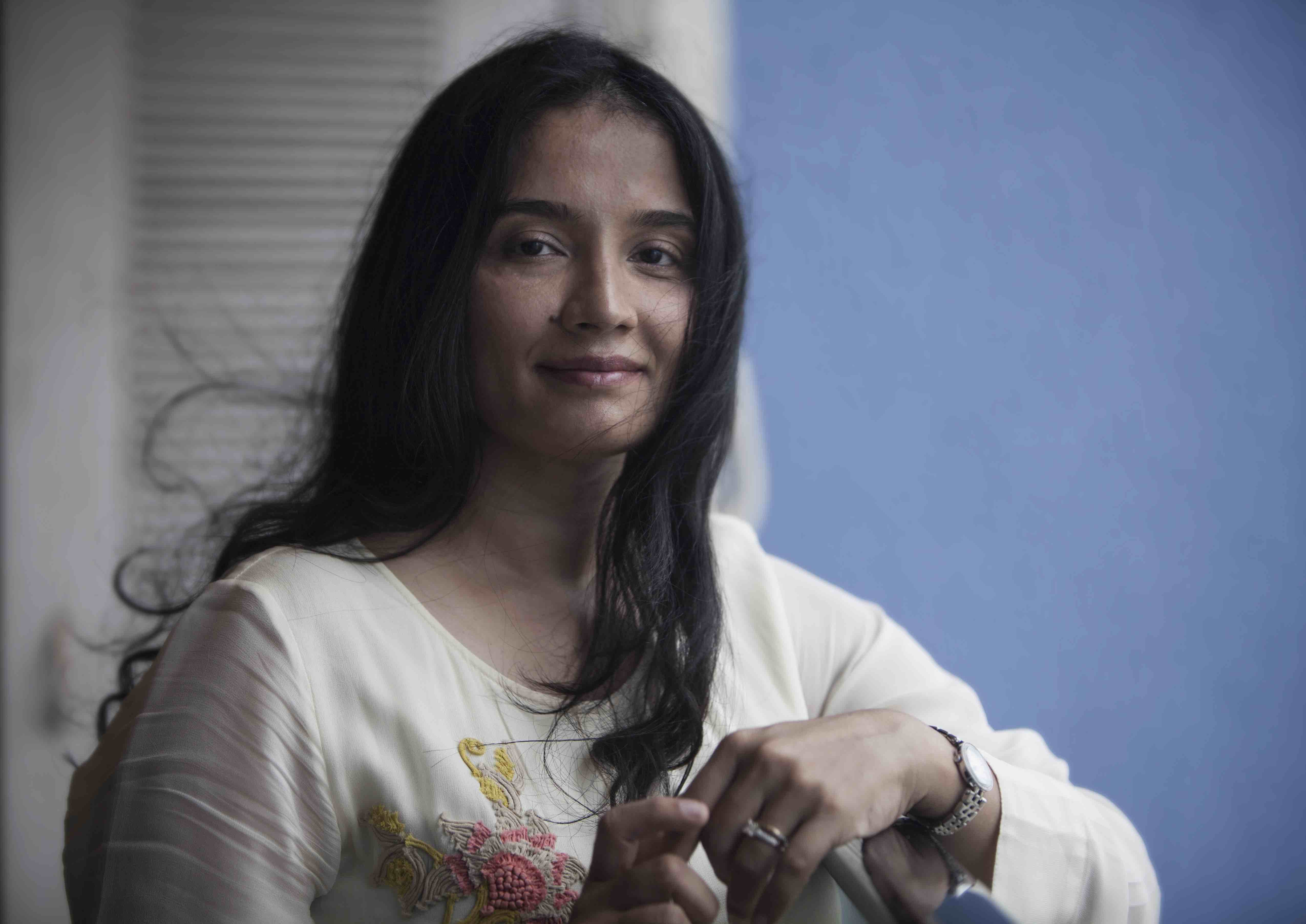 Both Ramdev and Balkrishna lacked education – with the CBI filing cases against the latter for fake degrees – it seems that it was Karamveer who guided them, put them in touch, used his contacts to establish them. Please tell us a little more about him?

Karamveer, a stern looking sadhu with blue eyes and a grave face, is an educated, erudite man. He holds three degrees from one of India’s foremost universities – Gurukul Kangri Maha Vishwavidyala – in Haridwar. He runs small ashrams in Maharashtra and Uttarakhand now, dividing his time between two places and holding yoga camps for free. He thinks carefully before he speaks and weighs his words.

Despite all that has happened, he continues to care for Baba Ramdev and Acharya Balkrishna and says that if they ever find themselves in trouble again, he would readily extend them whatever help he can.

Ramdev established himself at Kripalu Bagh Ashram, becoming the disciple of Shankar Dev, after Karamveer refused. Can you tell us about Shankar Dev, and his shocking death?

Shankar Dev was, by all accounts, an old, quiet man of limited ambition. He ran a fruit orchard in the ashram that he had inherited from his guru. He had also taken in tenants, who seemed to treat the place like they owned it.

I suppose he hoped that acquiring disciples would be useful because they’d help him get rid of his tenants, take care of him in his old age and also help him discharge his duty to keep his guru’s tradition alive.

That was how he’d noticed Karamveer and his colleagues. Together, they formed a new trust whose official address was listed as the Kripalu Baug Ashram. Twelve years later, the ashram that he’d bequeathed to his disciples had become famous. People came from all around the country.

But Shankar Dev did not seem happy. People remember him wandering sadly around Haridwar in rickshaws and cycles while his disciples bought acres of land and fancy new cars.

Shankar Dev had developed spinal tuberculosis, a condition that causes extreme pain. It is possible that his sadness 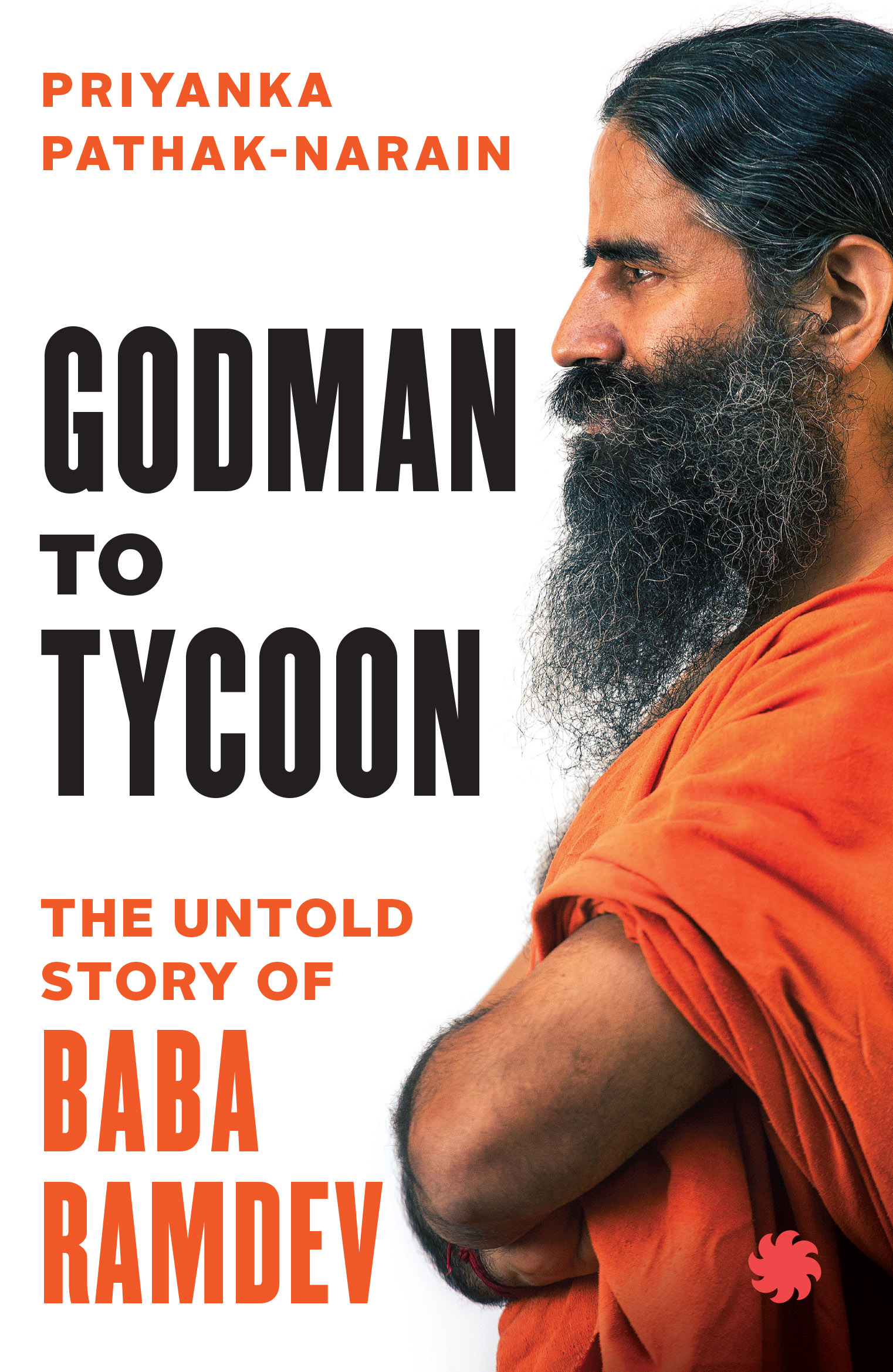 came from the near-constant pain. While a local doctor whom I spoke to did take care of him, there is no evidence so far to suggest that Shankar Dev was taken to any major hospital for diagnosis or care. However, there is no evidence to surely say that he was not shown to a doctor in the city either.

It is also possible that Shankar Dev’s sense of isolation and suffering came from something else. Whatever it was, it seems as though he was distraught enough to consider ending his own life. He left one morning in 2005, apparently leaving a cryptic note that raises more questions than it answers, and never returned. Maybe the pain, whatever its cause, had finally become too much to bear.

This is a mystery that can no longer be answered based on what we know. Something new or someone new must come forward to shed light. Until then, we have to be content acknowledging the existence of this mystery in the story of Baba Ramdev’s life.

It was the religious channels Sanskar and Aastha that established Ramdev, with Ramdev paying for his initial moments of TV with Sanskar. Ramdev owns Aastha now, how did he acquire it?

Aastha was owned by Kirit Mehta. It is a very complex story, rather difficult to narrate in just a few words. But to hear the story in his own words, please read the book!

Rajeev Dixit, the swadeshi campaigner, is the person who introduced Ramdev to a style of politics. He died suddenly, in mysterious circumstances. Why wasn’t a post-mortem conducted?

I don’t know. There was a demand for it. Fifty people signed a campaign demanding a post-mortem and gave it to Baba Ramdev. Nine of them sat with him in his room on the morning of the cremation, arguing for over an hour for a post-mortem.

It is a mystery that can be resolved only by Baba Ramdev – only he can explain his actions that morning.

Ramdev has always had friends in high places, it seems. Can you tell us a bit about the first tax case against him and the role of the governor and N.D. Tiwari, the then Congress chief minister of Uttarakhand?

Sales tax officer Jitender Rana headed up the investigation into sales tax evasion by Divya Pharmacy. That year, workers in the ashram remember counting Rs 22 lakh earnings in a single day. Tehelka had reported that the investigating officer, Rana, collected 2,000 kilos of paper in evidence to prove that Divya Pharmacy had evaded tax of at least Rs 5 crore.

He conducted a raid. Immediately afterwards, he found himself on the back foot. The governor, a friend of Baba Ramdev’s, demanded an enquiry and repeatedly asked Rana to offer an explanation. The situation got so difficult that Rana decided to take early retirement. As far as I know, the case was not pursued further.

Ramdev seems to have worked with the VHP and the Congress, with friends in the BJP and the Samajwadi Party, and with Subrata Roy’s financial adviser guiding him. How does he manage?

I’d like to know too! But I must admire the ability of Baba Ramdev to charm people. A little bit self-deprecating, little bit funny, he can make himself endearing very easily.

As a top politician recently wooed by Ramdev told me, ‘He (Ramdev) is so warm and stays so much in touch, that I’m compelled to think well of him.’ I believe that.

You mention that Patanjali and Ramdev promise that their medicines will heal cancer, HIV – even “heal” homosexuality. Have they been prosecuted for these claims?

What do you see in the future of Ramdev?

From where I stand, it seems to me that Baba Ramdev walks on the edge of a sword.

There are elements in his coterie that should be distanced, festering rivalries that must be managed quickly. It is all about his choices now, especially of advisors – whom does he trust, whom does he allow to run his empire, whom does he discard – answers to these questions will determine his legacy.