The powerful Indian prime minister brought ‘poverty’ centre-stage, but her rule was responsible for setting off the decline of institutions 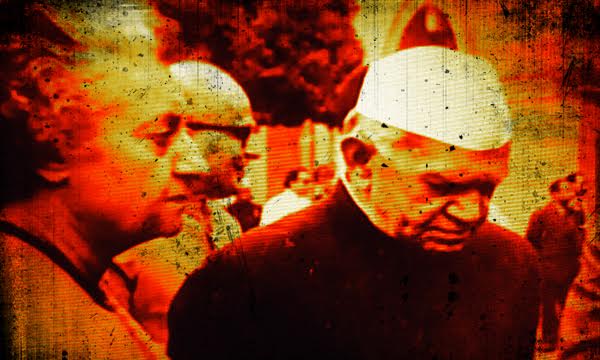 This article was originally published on June 26, 2015. It is being republished on November 19, 2020 to mark Indira Gandhi’s birth anniversary. Modern India’s preoccupation with its own history being a full-time affair, it follows that its colonisation by Great Britain should seem sui generis, its struggle for independence unique, its leaders epic in scale or apostolic of purpose. To be sure this phase of the sub-continent’s history has seen defining moments, moments that may be said to have neared epiphany. But by and large the India zooming of its history’s font-size requires periodic revision. Especially when the extra-sizing is done on the scripters of post-independence political transactions. The Republic of India’s political leadership is now an ecologist’s dream – a perpetual re-cycling in caked-up political vats of endlessly reusable degrades. Its political history is a story of hand-me-downs, with leadership slipping like outsized coronets onto heads that hold in pride rather than embarrassment, their own very peculiar family fantasies apart from, of course, tell-tale and tell-apart family physiognomies.

Indira Gandhi, India’s third Prime Minister (not counting the serial gap-filling ‘acting’ Prime Minister Gulzarilal Nanda) was ‘a daughter of struggle’. But a daughter has to go beyond daughterhood when she steps into her thirties, forties, fifties and sixties and becomes head of a political party and then of government. Indira Gandhi was many things beyond and besides a being Jawaharlal Nehru’s progeny. She was herself a progenitress of many things her father would have been proud of and of many more he would have been embarrassed by, even ashamed of.

History’s scroll in the fullness of its sweep and the intricacy of its large, medium and small typography, will accord her a place in due proportion. It will place her among the leaders of modern India and, more specifically, among its operators of realpolitik.  It will cite her among some deserved ‘firsts’ or ‘only-suchs’ in our recent experience. Her intervention (1971) in East Pakistan, thereby setting the future Bangladesh on its tracks, will be the first among those, as an example of high-minded audacity. The imposition by her of a national Emergency (1975-1977) will be also one of those, as an example of sheer, mean-minded perversity.

The Torino-based scholar Diego Maiorano, in his book of great readability and equal persuasiveness, draws attention to yet another phase, a vital one, of Indira Gandhi’s steering of India – her final Prime Ministership (1980-1984). Starting with her stunning take-off from the pot-holed tarmac of the Janata breakdown and ending with her dramatic assassination, this last lap of her political career was, as he shows, a phase not so much of return or renewal but of an inexorable ‘descent’.

Two features mark out Maiorano’s work. First, a quality that he imparts to it from his own approach : perspective. Second, a procedure which he adopts with care and effect : consultation. To take the first attribute of this work, perspective, first. Maiorano does not make Indira Gandhi and her last Prime Ministership  loom larger than they were. For him she compels attention as a politician, not awe as a stateswoman. She is a star-operator, not a star. She is acknowledgedly in charge, at the engine’s powered head, cruising it through turbulence, in her own adroit way. She can smell an air-current, before others can spell it. She can sense storms as they gather in the far horizon. Sometimes, she imagines them. Every time she wafts up or plunges down to duck them.

The debasing of the coin of statecraft

When greatness is missing, adroitness, smartness, cleverness become things to admire. When wisdom is missing, information acquires value. When counsellors turn scarce, informants crawl out of the woodwork, putting trust is at a discount, making suspicion a virtue. Ideology then becomes a technology, values a resource for slogans. Civilisational declines are tracked by the de-basings of the metal-content of coins. Between the successive  Prime Ministerships of Indira Gandhi, the ‘coin’ of statecraft proceeded from something like gold to silver to brass to lead. Veins of base metals were in  Indira Gandhi aurei, even as filaments of gold occurred in the lead. But the coin-sequence of a certain degrading is unmistakable. Maiorano tracks the coarsening numismatics unerringly.

It is a commonplace that Indira Gandhi so clenched her grip on politics that all systemic formations, institutions, procedures, conventions, came loose. That she ‘destroyed institutions’ is known and acknowledged by all save her few compulsive apologists. Maiorano tells us with unquestionable factual back-ups of how this technology worked in the last lap of her career in office. Maiorano brings in, as a co-pilot on Air Indira, her second son, Sanjay Gandhi. Slanting a fascinating new light on the narrative, he tells us (in the run up sections) of how the Emergency was triggered not just by the JP movement and her apprehensions over its impact as by the challenge to her from within her party’s ‘Young Turks’. Chandrashekhar, Ram Dhan and Mohan Dharia were becoming nightmares for her.

And this phobic obsession led to what Maiorano describes (in the main section) as the de-institutionalisation by her, when she returned to office in 1980, of her own party.

This brings me to the book’s second attribute, namely, its consultative character. James Manor, the distinguished biographer of Nehru and Bandaranaike, is one scholar Maoriano has consulted for his study. This is for the good of perspective for it enables us to see a major fact of South Asian politics that started in  a major ‘Manor area’ – Sri Lanka.  Indira Gandhi followed Sirimavo Bandaranaike not just in  the principle of a next of kin succeeding (after a brief gap)  a powerful leader in political office but in establishing  another, subtler principle. Generalisations are suspect but some may be hazarded pro-tem : The people of South Asia dislike despots and are glad to see them downed. But if the same ‘downed’ despot is maltreated by despotism’s dismantlers, the very same people bring the very same despot back. This happened with Sirimavo, this is what happened with Indira.

Electorates in the region detect and reject the disfiguring of democratic norms by leaders for reasons of realpolitik. This is the democratic correction effected by them. But the same electorates want the corrective process too to be fair. If excesses are not appreciated,  ‘remedial’ extremisms are not approved of either. Indira Gandhi returned to office in 1980 because of the operation of this two-shot correction. Her assassination was to have ended her last term ahead of schedule but even prior to Time’s bells, the play for idealism had ended with the murkiness of ‘youth politics’, opportunistic electoral alliances, declines in governance and corruption.

How paranoia does not spare high office, megalomania does not quit its dreams becomes startlingly clear from the book which, despite its frank truth-telling does not rob Indira Gandhi of due credit. Maiorano  says “Indira Gandhi brought poverty to the centre of the political discourse. Her promise to “abolish poverty”…shifted  the attention of politicians on to the poor. Since then, every single party has had to address the question of poverty”. Unquestionably true. But there is a difference between bringing poverty “to the centre” because poverty must go and bringing it to the centre because “I” must not go.