‘I Draw All My Characters From the Real World’: How Homen Borgohain Documents Assamese Life

Matsyagandha, published in 1987, is celebrated for Borgohain’s ability to depict untouchability and the vicious grip of kani or opium. 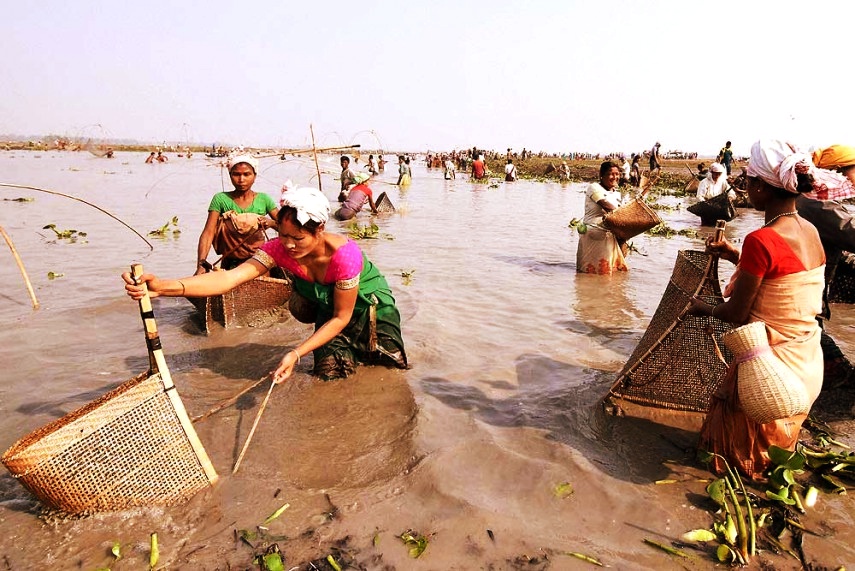 Matsyagandha tells the story of a low-caste woman of Kaibarta or fisher-folk community in upper Assam. Credit: PTI

New Delhi: For anyone interested in contemporary Assamese literature, Homen Borgohain’s novella Matsyagandha is a must-read. Considered a landmark work of Assamese literature, Matsyagandha, published in 1987, is not only celebrated for Borgohain’s fine, nuanced bent of writing but also for the ability of the novelist to hold up to the readers some of the ugly truths of the society like untouchability and the vicious grip of kani or opium.

Told through the firebrand protagonist Menaka, a low-caste woman of Kaibarta or fisher-folk community in upper Assam, the story is about how she hectors an upper caste man to socially accept his relationship with her pregnant-sister-in-law and prevents her from aborting the foetus. The powerful work highlights the social imparity and class subjugation once commonly practiced by the upper caste Assamese society.

Matsyagandha, which was turned into a feature film and adapted into plays by various theatre groups, has recently been published in English. Titled The Fisherman’s Daughter, the translation is a part of The Collected Works of Homen Borgohain brought out by Amaryllis.

A fine work of translation by Pradipta Borgohain, a Guwahati-based writer, translator, academician and Borgohain’s son, the compilation also includes another important novella by him, Xaudor Puteke Nau Meli Jai (The Merchant’s Son Sets Sail), together with 12 short stories, such as The Homecoming, Despair, A Servant of People, The Storm, The Curtain and Fear.

When asked to recall the thoughts that prodded him to produce Matsyagandha, Borgohain, 85, told The Wire, “This was a long time ago and I don’t remember much about thought-processes that led to its writing.” 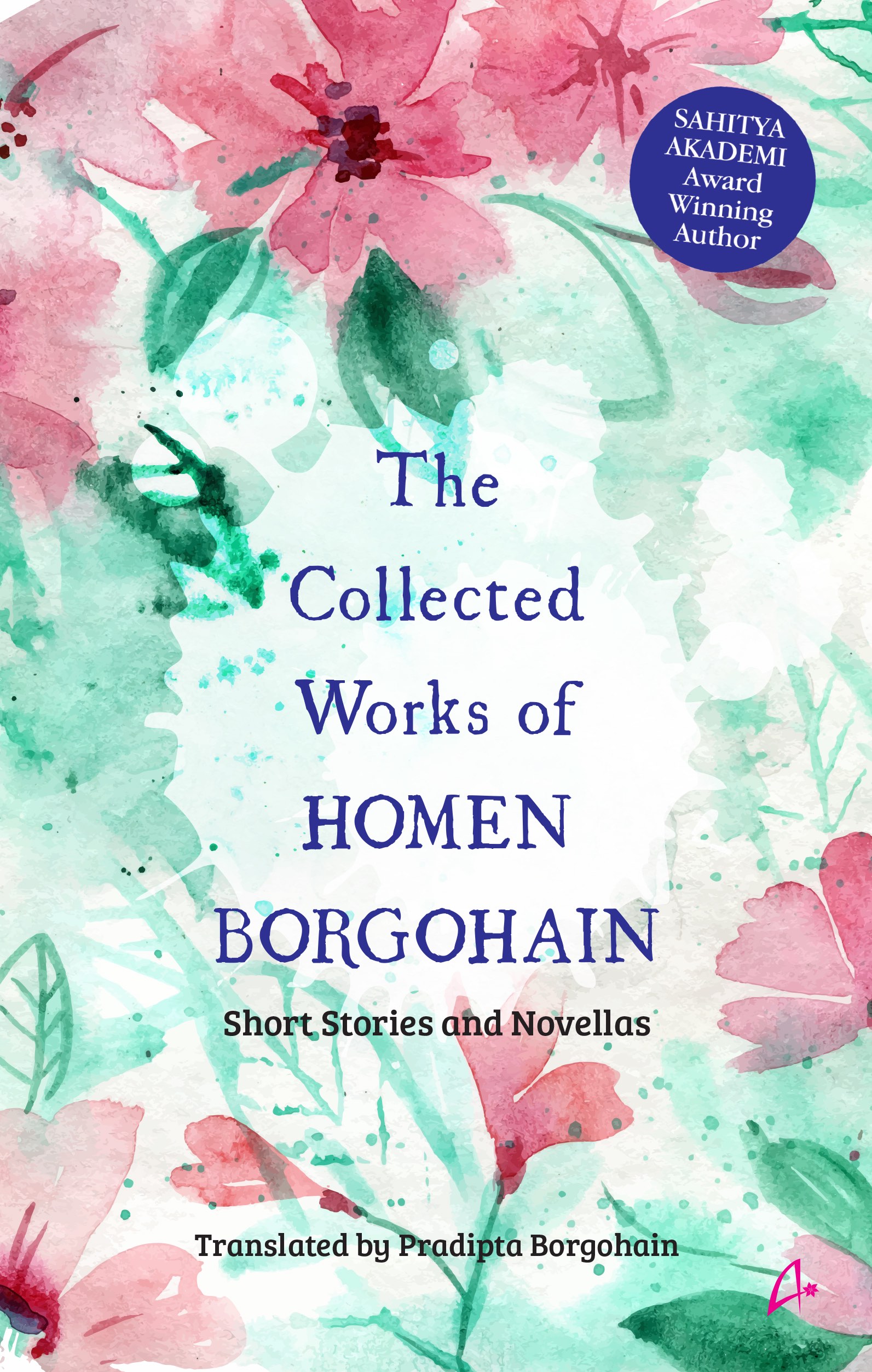 Another memorable work of Borgohain published in 1973 was Halodhiya Choraiye Baodhan Khai, which was also turned into a feature film. Titled the same, the film, directed by Jahnu Barua, won the National Award in 1988 besides picking multiple awards at the International Film Festival in Locarno.

A Sahitya Akademi winner for the novel Pita Putra, Borgohain, who, along with his wife Nirupama, brought out in 1971 the first Assamese jointly-written novel, is also an esteemed journalist and a keen observer of the Assamese society. Having started as the founding editor of the Assamese weekly Nilachal back in 1968, he went on to edit magazines like Samakal and Sutradhar. Borgohain is presently the editor of popular Assamese daily Niyomia Barta.

In an interview to The Wire through email, Bhorgohain answers questions not just on his writings, but also about the present socio-economic situation of his home state.

Your stories are a documentation of the Assamese life, both the bucolic setting and the people who populate it, the urban life, the dilemmas of it, which the reader comes across in equal measure in the recent compilation of your work in English. This visual aspect also perhaps makes your writing so ‘film-ready’. Would you give a peek to the reader about this aspect of your writing? How much of it is a deliberate attempt?

I do not deliberately narrate or write such stories. That is to say, I do not pre-conceive the formal aspect or a mode or design and then set about writing, to incorporate that form or mode. As a writer, I have this propensity or habit that the images of my characters spontaneously rise up in my mind’s eye and I then ‘paint’ those images through the medium of words. Many years ago, I had come across this advice that Jack London had given to writers: “you must draw, never describe”. However, it was not as if I needed this advice from London. Without visualising the characters and settings of my narratives, I am just not able to write. Perhaps this has been so because I have drawn all my characters from the real world. When Jahnu Barua took up my novel Halodhiya Soraiye Baodhan Khai to make a film, he said that there was no need to write a script which would be suitable for a film, because the novel itself was the script for such a film. I hadn’t done it deliberately; whatever happened came about quite spontaneously.

Novella, as a format, is making a comeback worldwide, not just for its intrinsic beauty but also because of the ease of e-publishing. You have produced some of the best novellas in Assamese. Much as it looks easier than writing a novel in terms of length, novella is also a tricky format – neither fully a short story nor a full-length novel. What attracted you to it? Any challenges you faced? 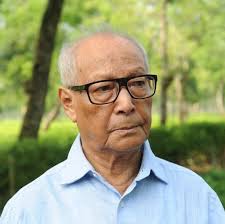 To be very honest, it has been easier for me to write a novella rather than a full-length novel. Because of my many pre-occupations, and particularly due to the time I have to devote to journalism in my role of a newspaper editor, I cannot set side adequate time for a full-length, substantial novel. So there has been this compulsion on me to write only shorter fiction. Apart from this, the reason why I was attracted to the novella-form was that in my youth, novellas such as Thomas Mann’s Death in Venice and Adalbert Stifter’s Brigita made a profound impression on my mind and I had a strong conviction that for a ‘part-time’ writer such as me, such short novels or novellas would be the proper mode. My Sahitya Akademi award winning novel Pita Putra ran into 370 pages. I had dreams of writing a novel longer or of equivalent length, and in fact, I had declared such an intention at the end of Pita Putra. But being forced to give a lot of time to journalism due to livelihood reasons, that dream remained unfulfilled.

Even at this advanced age, your interest and enthusiasm for journalism continues.

I am a very active chief editor in a daily newspaper (Niyomia Barta). I also edit a magazine named Swasthya published by Guwahati Neurological Research Centre, a medical establishment well-known not just in Assam but all over India.

You also host a popular talk show on television where you engage with guests on relevant contemporary issues.

I have been conducting the talk-show titled Katha-barta (conversation) for a local TV channel (News Live) for the last eight years. According to my contract, I must run this show until 2020. I will be 88 years old then.

Do you write everyday? What keeps you busy?

I write two hours and read for two hours every day. I am also actively associated with a charitable establishment called Karunadhara which I founded. This organisation renders financial assistance to the physically challenged and to poor people suffering from life-threatening ailments. The organisation, established in 2011, has so far been able to help about 800 people, disbursing approximately Rs 3 crores.

In the last few years, there has been an organised effort to promote the tribal languages of Assam, which powerful literary organisations like the Asom Sahitya Sabha are said to be not too comfortable with. If you look at Assamese literature, some of the prominent writers belong to different tribes but wrote in Assamese, the language of the majority population. As an Assamese writer, how do you see this change in the literary landscape of the state?

In the last 50 years, among the tribal communities of Assam, only the Bodo community has been able to produce written literature and the Bodo language has also been included in the eighth schedule of the constitution. However, high quality literature has not yet been produced in the Bodo language. All the other numerically smaller tribal communities have chosen the Assamese language for their literary pursuits and have tried to keep alive the tribal languages. It’s not true that this has not gone down well with the Asom Sahitya Sabha; in fact, it’s the opposite. The Assam government and the Asom Sahitya Sabha have taken up many schemes to rescue the tribal languages from oblivion. I feel that it will be not be possible to sustain the lives of these languages by administering oxygen artificially. These languages are hurtling to their extinction at a fast pace as the number of people who use these languages is diminishing rapidly.

(Borgohain was the president of the Asom Sahitya Sabha from 2001 to 2002. Last year, the Sabha opposed the proposal made to the state government by various tribal language sahitya sabhas to have a three and a ‘partial’ four language policy in lower and upper primary classes.)

You are a sharp observer of the socio-political landscape of Assam. Lately, the state has seen a number of public protests, be it against the BJP government’s decision to name colleges after Deen Dayal Upadhyaya, granting of citizenship to Hindu Bangladeshis in violation of the Assam Accord, against RSS’ arms training workshops or bringing Haridwar priests to worship the river Brahmaputra, etc. One is also seeing subtle changes in the society, such as, a trend to replace the Assamese surnames with gotras. Do you see these as deliberate counters to the jatiotbadi or the strong sub-nationalist sentiments of the people of the state?

It’s difficult to say whether these moves are deliberate counters to the jatiobadi sentiments of the people. After all, the present regime is allied with the proponents of sub-nationalism in Assam (Asom Gana Parishad and Bodo People’s Front). It’s true, however, that there has been resistance and resentment regarding the government’s actions, such as naming institutions after Upadhyaya who is hardly known in these parts. People are displeased because they feel that these decisions have been taken unilaterally without looking for consensus or consent. Whether this displeasure and anger will become manifest in the panchayat elections to be held in a few months is something that we are all eagerly waiting to see.